Estonian president Toomas Ilves visited the Hoover Institution Library and Archives on Thursday, June 11. During a presentation in the archives, he was shown materials from the Estonian collections... Friday, June 12, 2009 1 min read 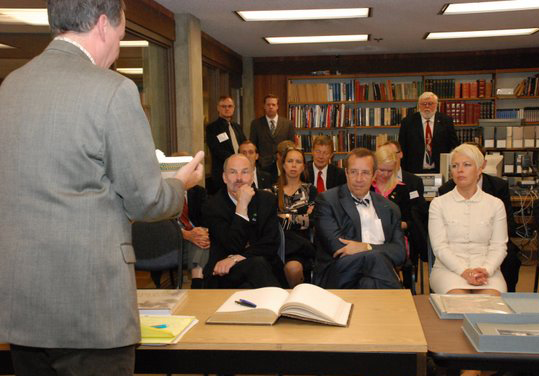 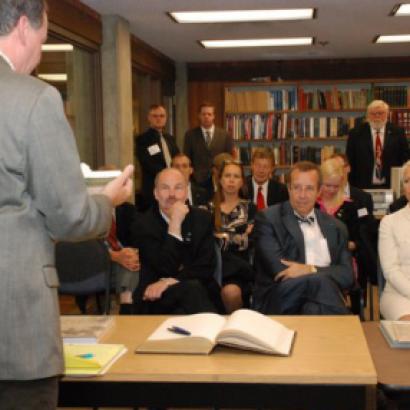 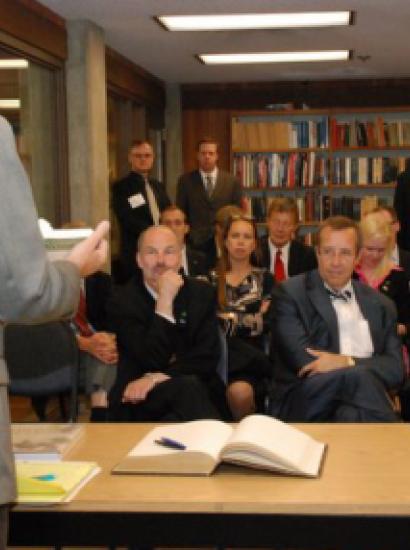 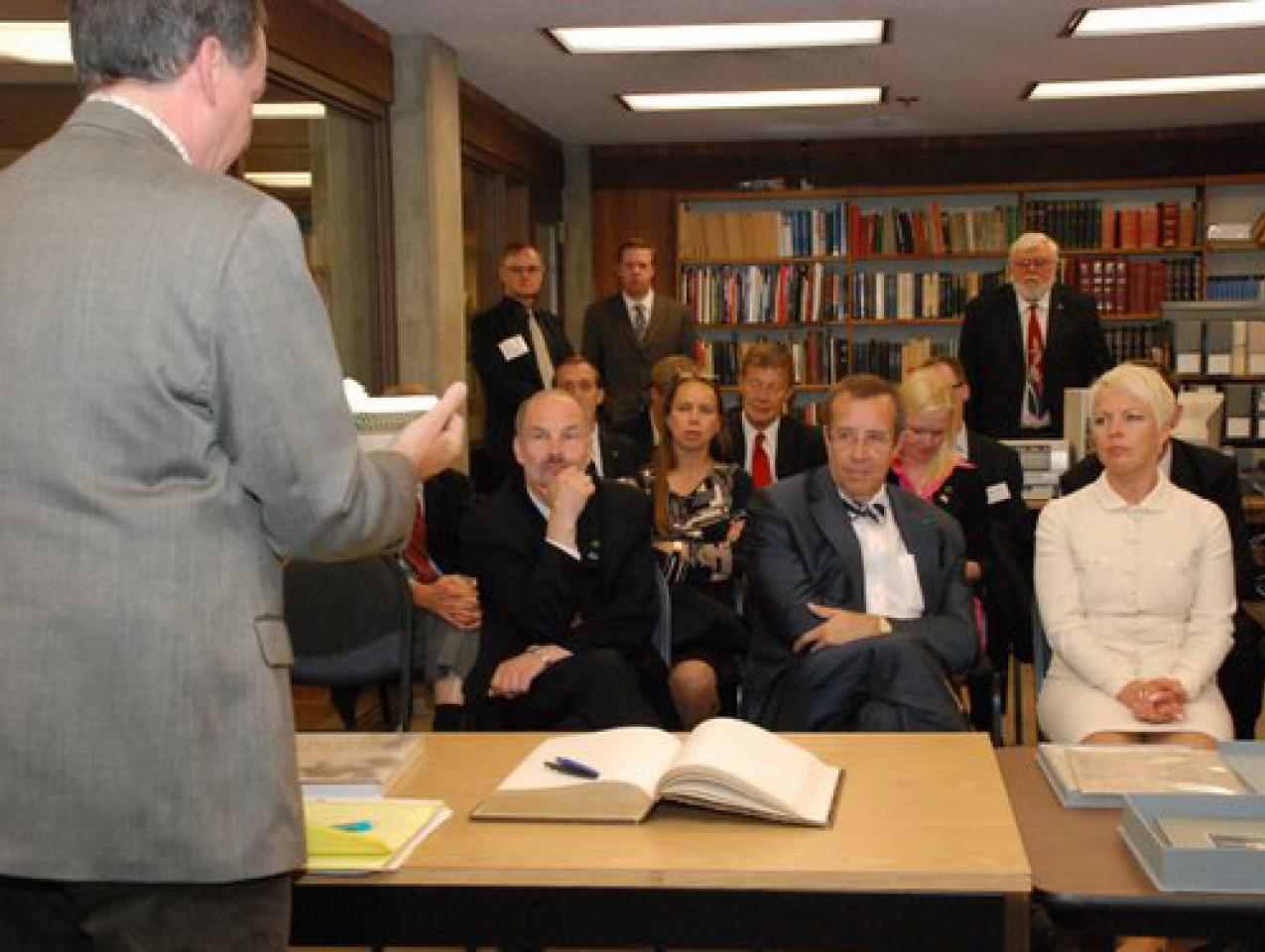 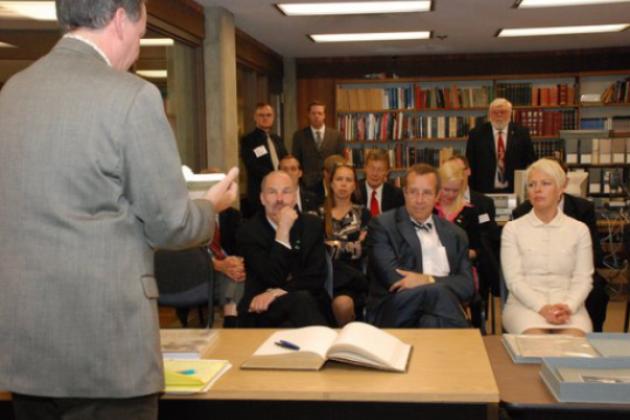 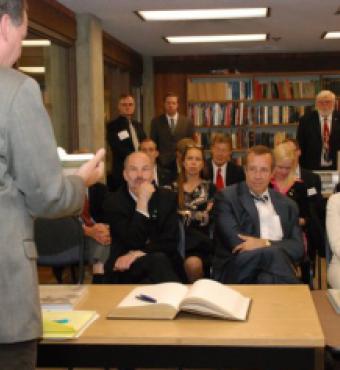 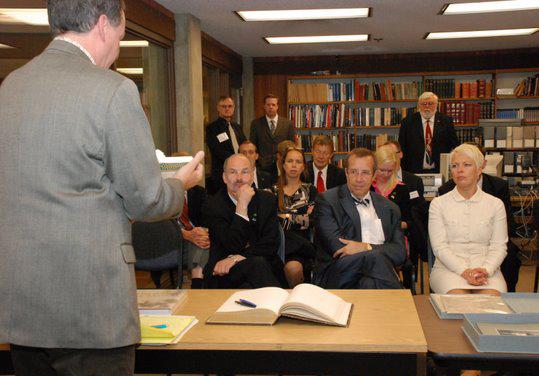 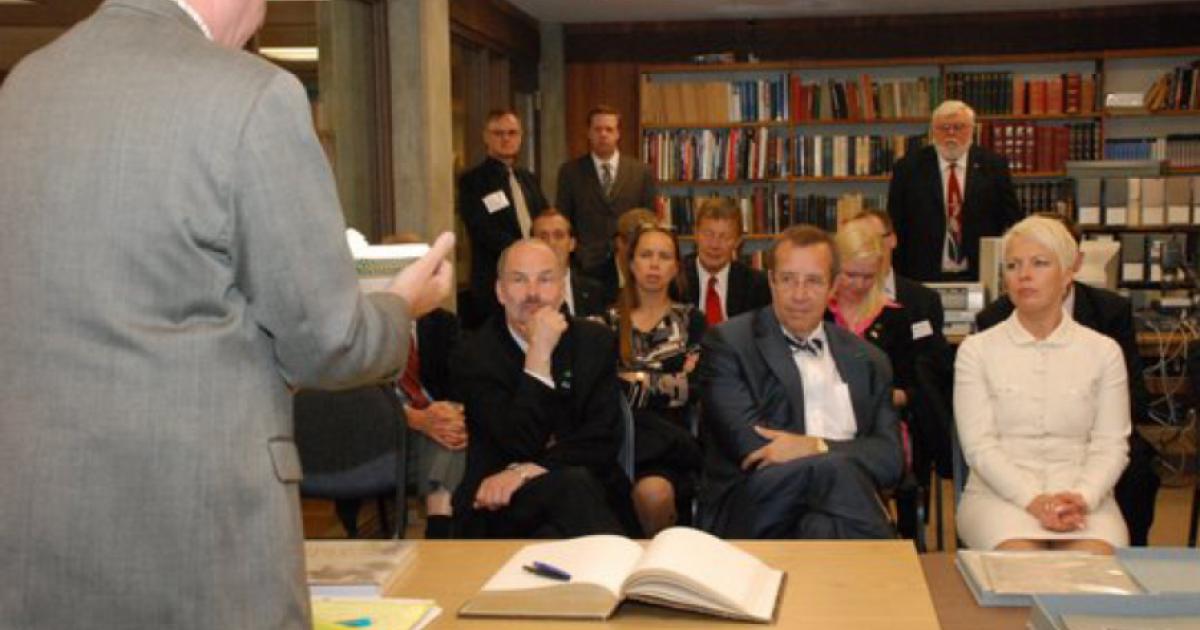 Estonian president Toomas Ilves visited the Hoover Institution Library and Archives on Thursday, June 11. During a presentation in the archives, he was shown materials from the Estonian collections in both the library and archives, including documents from the beginning of Estonia’s existence as an independent state. Among the items shown to the president was a map of feeding stations established in Estonia by the American Relief Administration (a humanitarian operation headed by Herbert Hoover) in 1919, providing food to some 43,000 children in Estonia on a daily basis. Other documents on display included items relating to Estonian diplomacy in the interwar period, as well as an album of photos showing Joseph Stalin, Joachim von Ribbentrop, and Vyacheslav Molotov at the 1939 signing of the nonaggression treaty between the Soviet Union and Nazi Germany. This treaty, commonly referred to as the Molotov-Ribbentrop pact, contained a secret protocol that led to the 1940 annexation of the Baltic States (Estonia, Latvia, and Lithuania) by the Soviet Union. The Baltic States did not achieve independence again until the collapse of the Soviet Union in 1991; among the materials shown to President Ilves were publications relating to the “Singing Revolution” in Estonia, when mass protests—including the singing of songs associated with Estonian independence—contributed to the downfall of Soviet rule.

During his visit to the archives, President Ilves also became reacquainted with his own history, for among the photographs on display was one depicting Ilves when he worked as a journalist for Radio Free Europe in the 1980s. The photo is part of the large Radio Free Europe Collection in the archives.