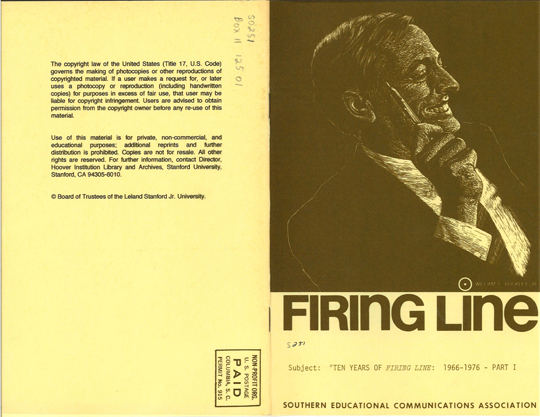 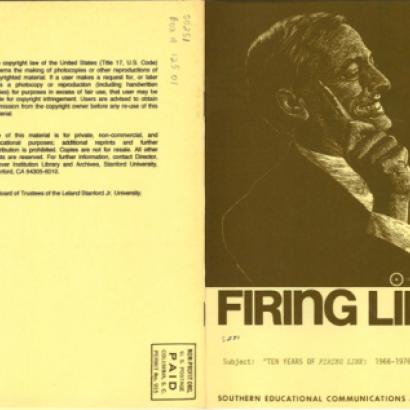 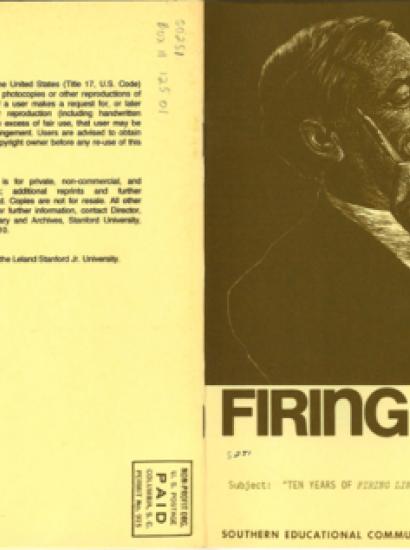 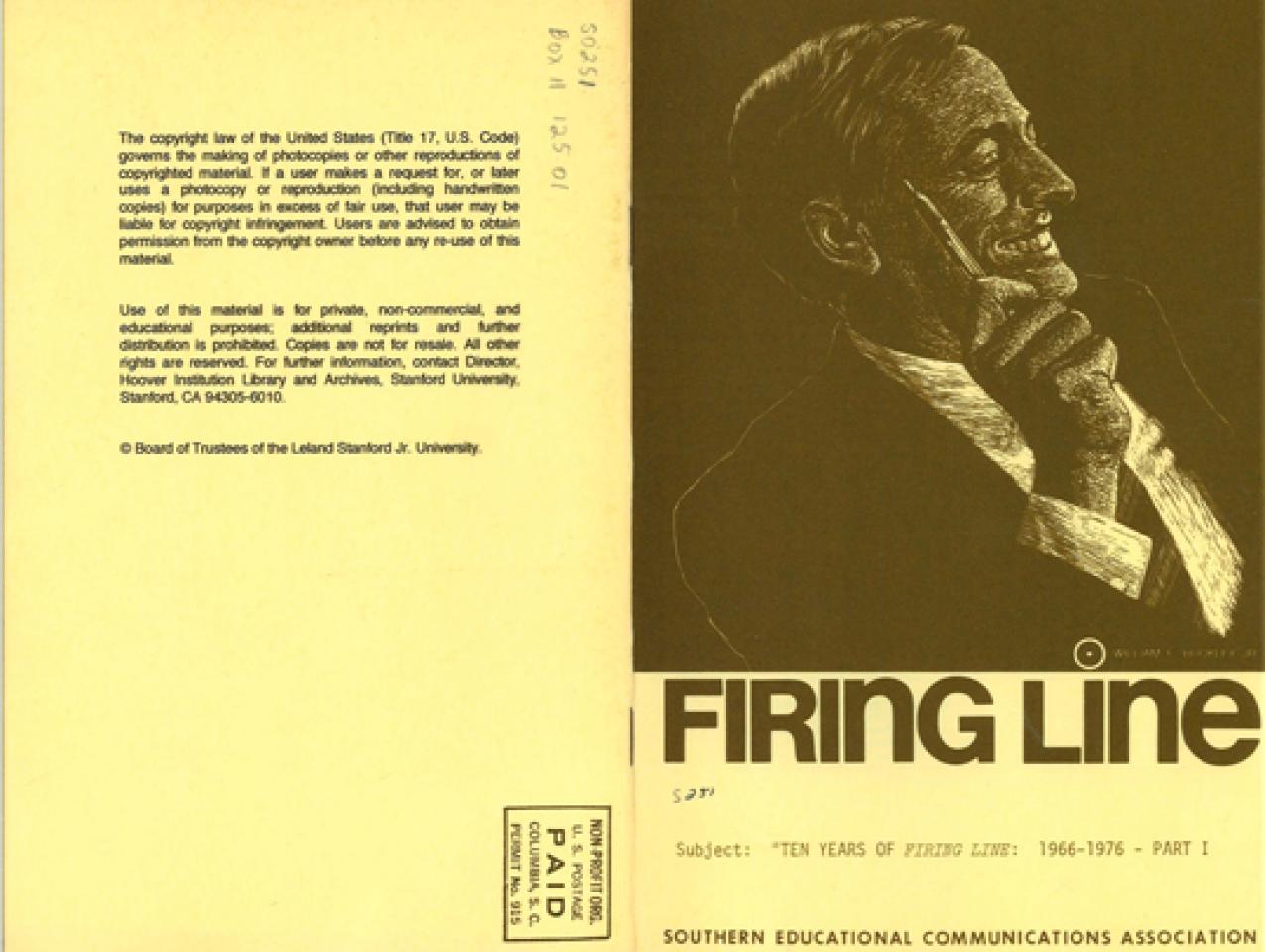 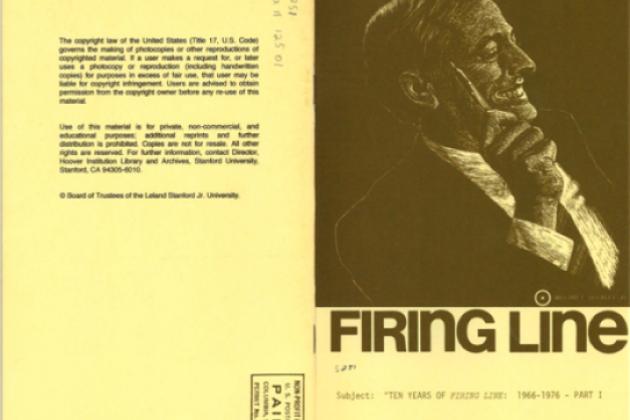 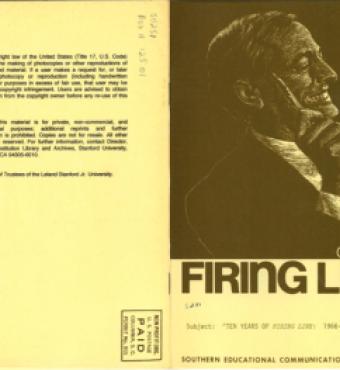 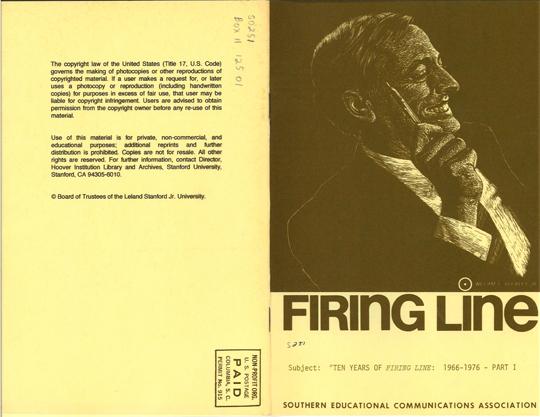 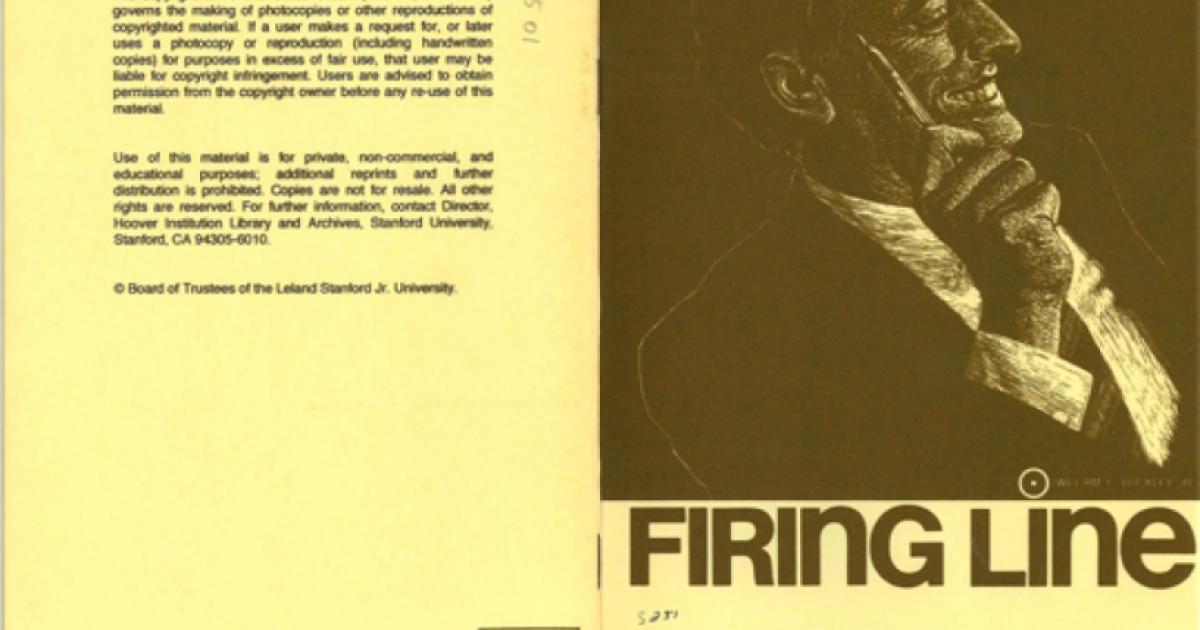 Online transcripts are the latest development with the Firing Line broadcast collection. Since August 2008, DVDs of select Firing Line programs have been available for purchase on Amazon.com. Hoover continues to preserve, restore, and remaster videotapes of Firing Line episodes.

In weekly broadcasts from 1966 through 1999, William F. Buckley Jr. met with, talked to, debated with, and cajoled guests on his Public Television program Firing Line. The Firing Line collection at the Hoover Archives includes videotapes and transcripts of about 1,500 shows, as well as still photographs, program preparation materials, and other items.