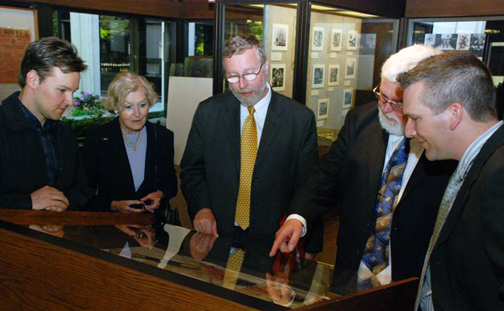 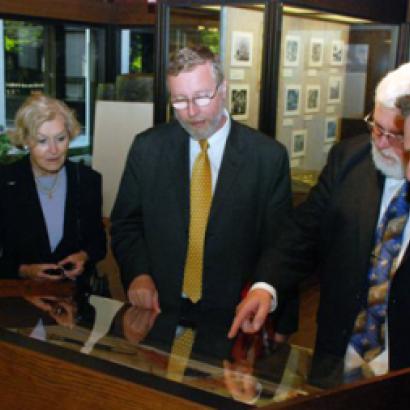 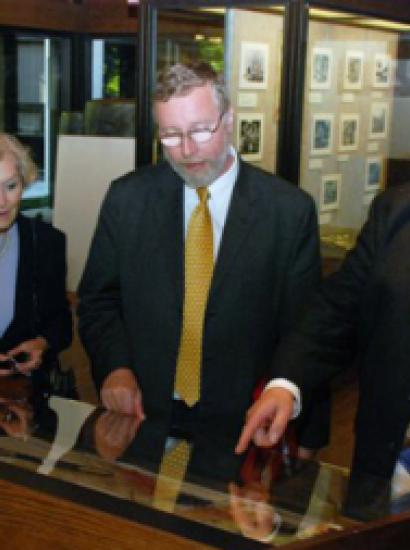 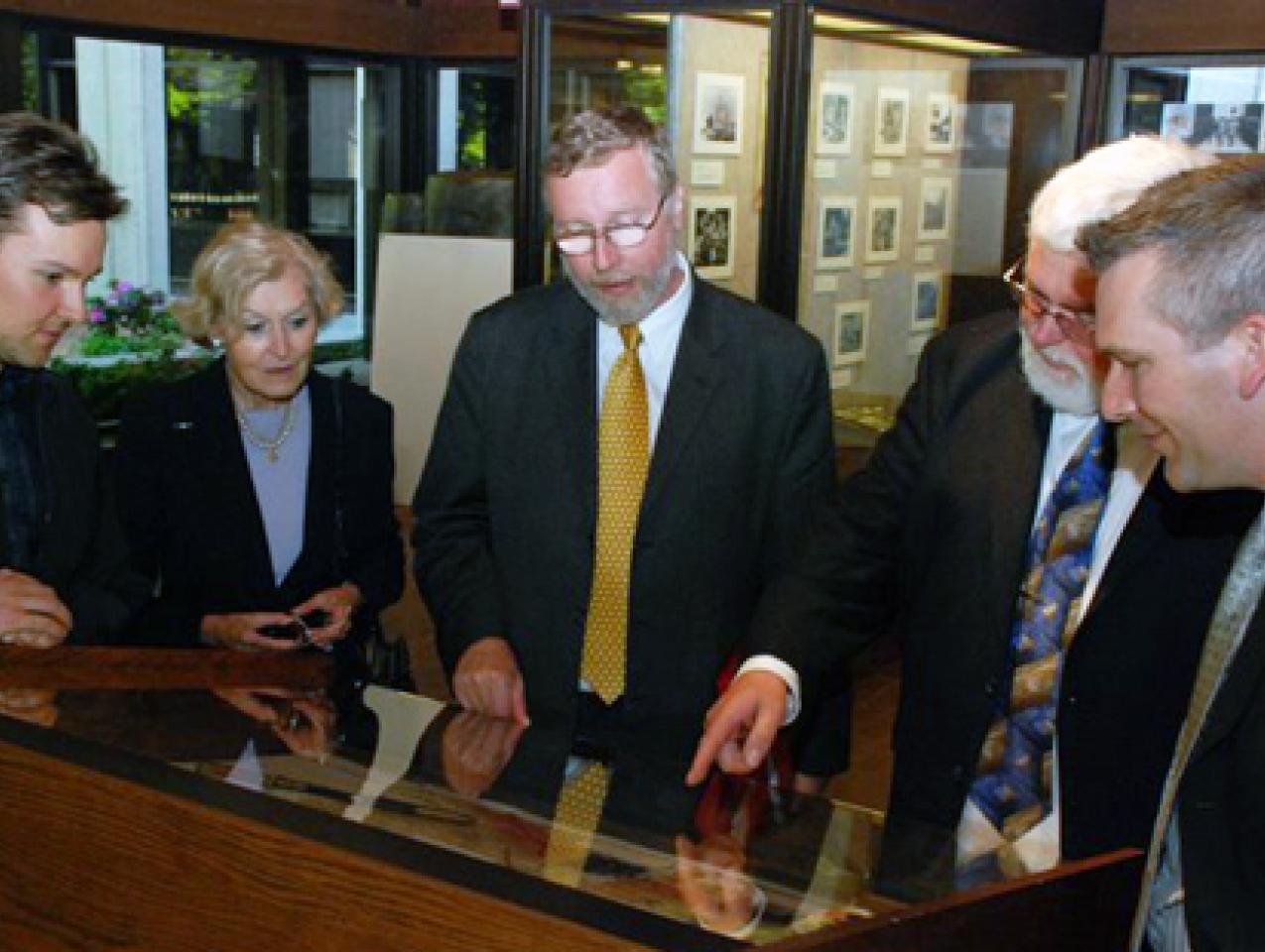 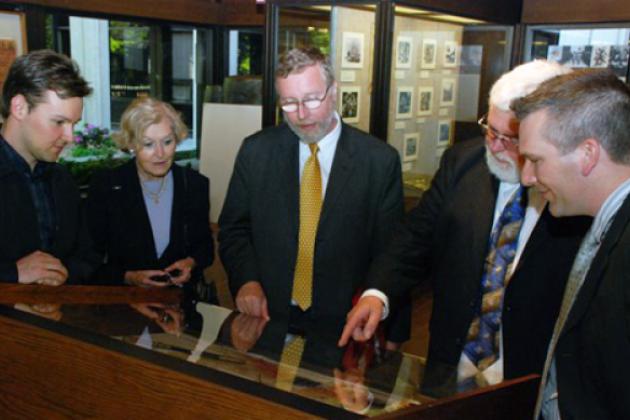 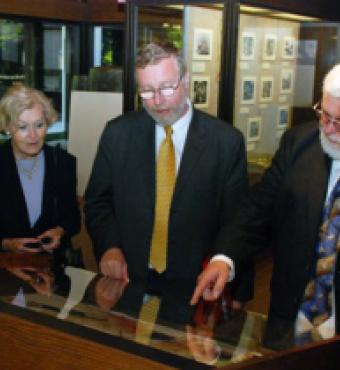 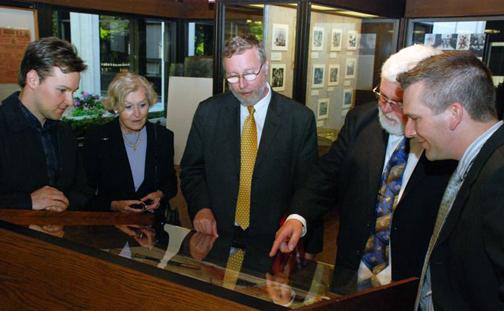 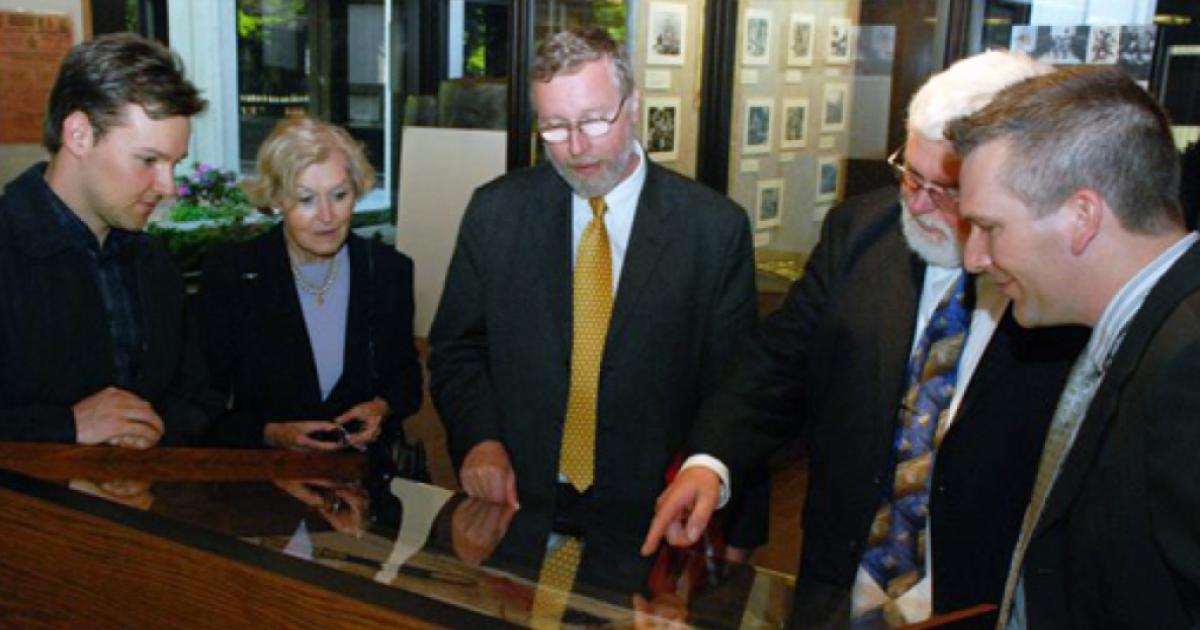 The Hungarian visitors included Ambassador Balázs Bokor, consul general of Hungary in Los Angeles, and Eva E. Voisin, honorary consul general of Hungary in San Francisco. They visited the Herbert Hoover and Lou Henry Hoover Rooms, the Shattered Peace exhibition, and a display of some of the Hoover Institution's Library and archival documentation on Hungary. Included in the display were pamphlets and maps given to Herbert Hoover by Hungarian representatives at the Paris Peace Conference of 1919, as well as Erich Lessing’s photographs of the Hungarian Revolution of 1956.