Hundreds of broadcast recordings from the Prague Spring of 1968, the pivotal Cold War moment when Czechoslovakia introduced democratic reforms that were snuffed out by a Soviet invasion, are now available to scholars in the Hoover Archives' reading room. Friday, October 31, 2014 1 min read 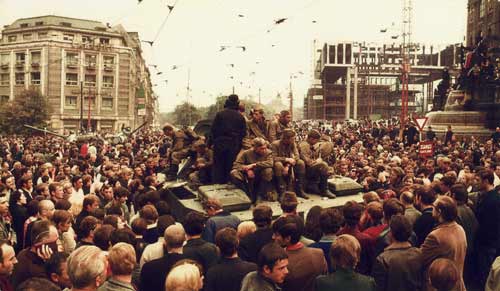 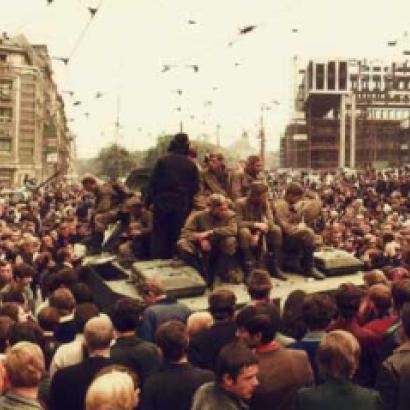 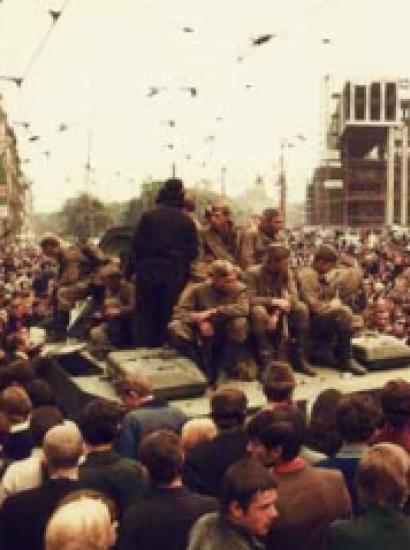 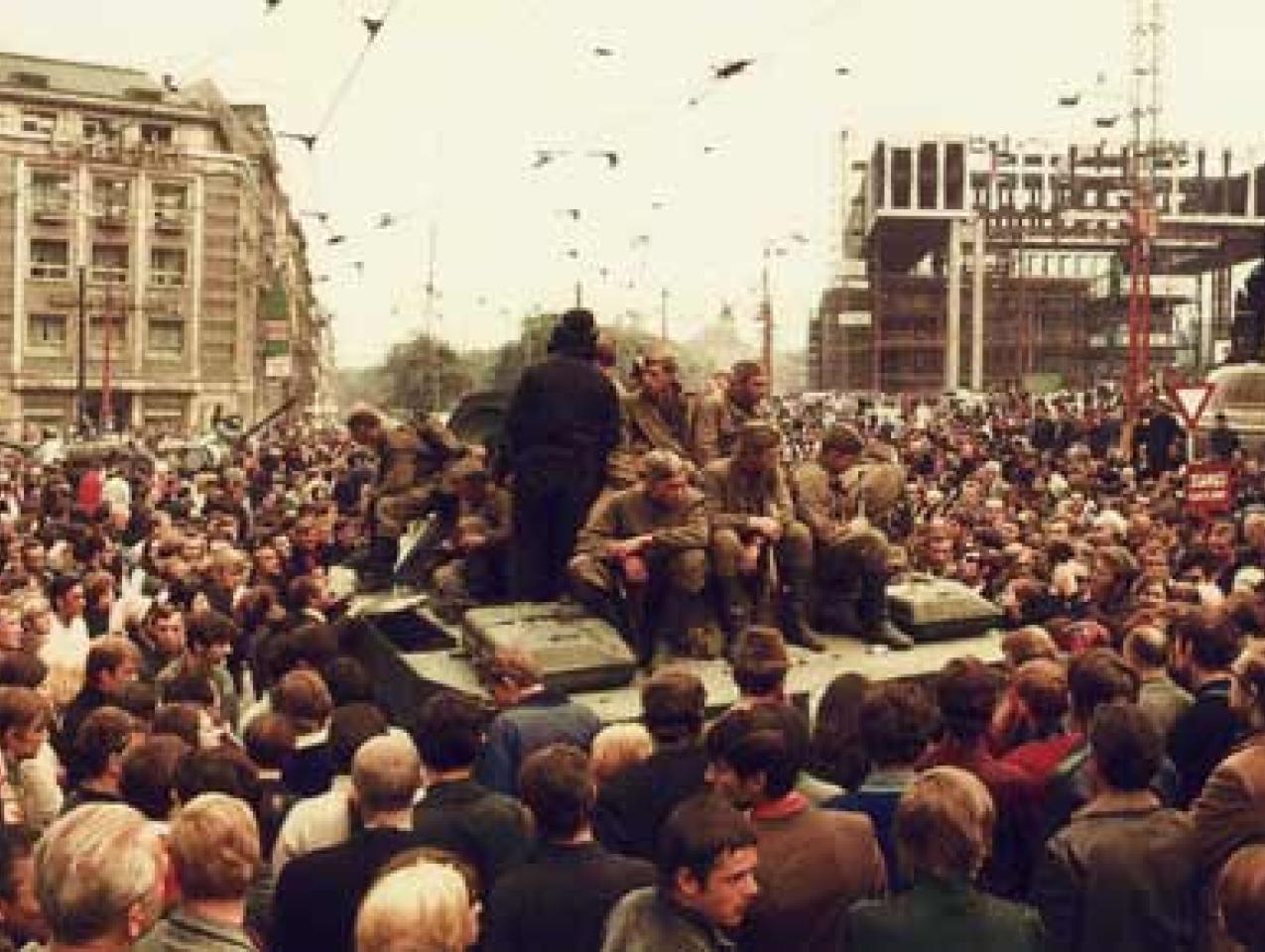 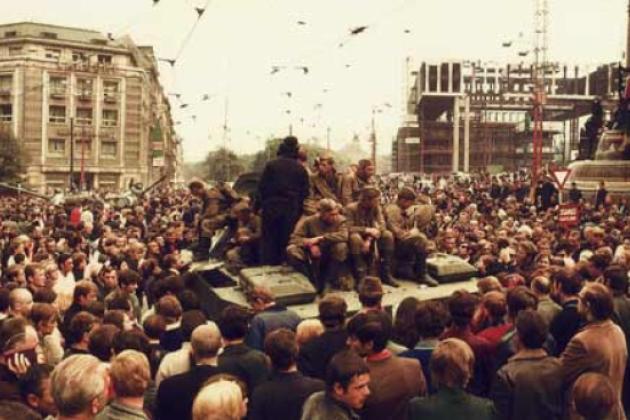 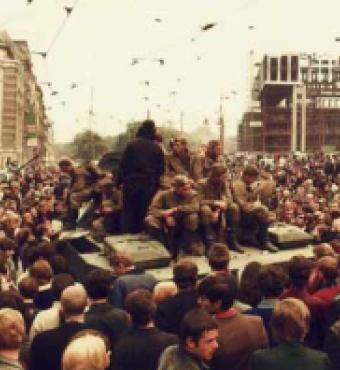 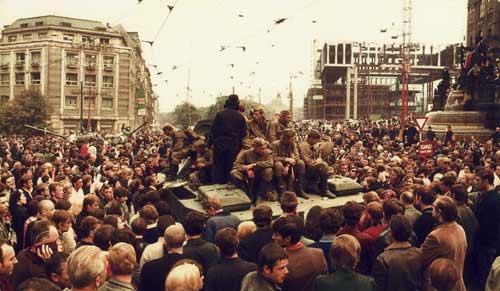 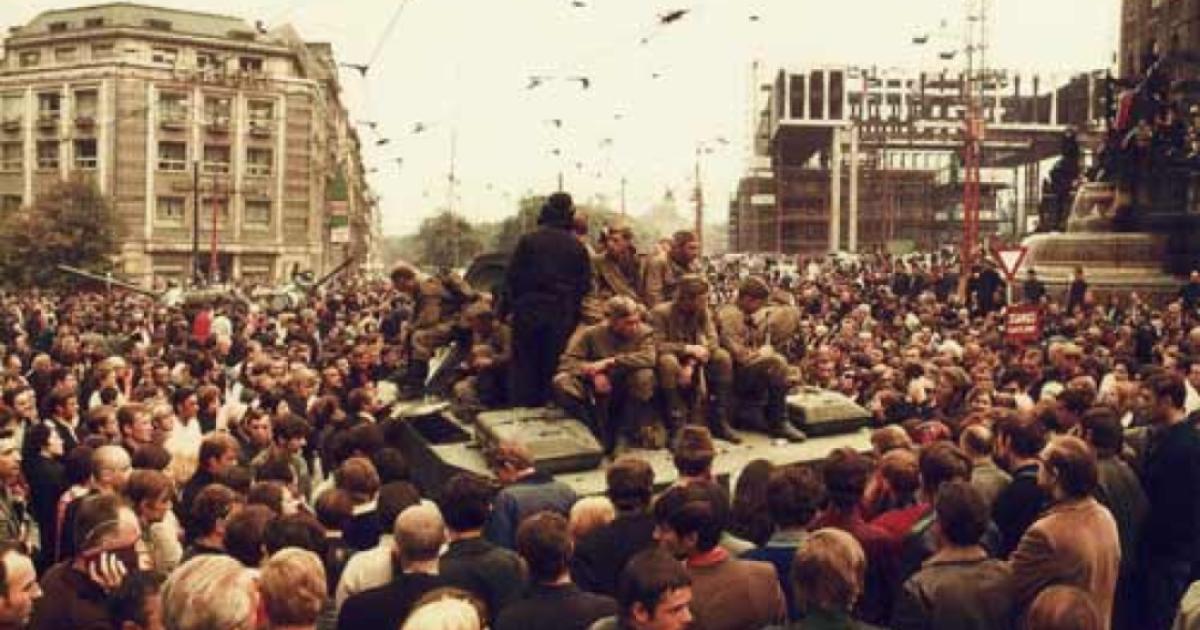 Hundreds of broadcast recordings from the Prague Spring of 1968, the pivotal Cold War moment when Czechoslovakia introduced democratic reforms that were snuffed out by a Soviet invasion, are now available to scholars in the Hoover Archives' reading room. The broadcasts were recovered by Hoover's audio lab from some 350 decaying audiotapes of Radio Free Europe's coverage of the events in Czechoslovakia from August 21 to 31, 1968.

Those recordings join thousands of other digitized recordings from the Radio Free Europe/Radio Liberty Broadcast Records, which cover the varied front lines of the Cold War in real time, including all surviving programming by the Czechoslovak service from the 1950s to the end of 1979 and broadcast coverage of the Romanian revolution of 1989. To make an appointment to listen to the recordings or to obtain copies, please contact archives@hoover.stanford.edu.

Below are three audio clips from the Prague Spring broadcasts.

In this interview, a French news agency writer discusses Czechoslovakian president Ludvik Svoboda's recent trip to Moscow to meet with Soviet officials. The reporter mentions differing Czech opinions of Svoboda: some see him as a war hero; others believe he betrayed the ideals of the Prague Spring and gave in to Soviet pressure in rescinding freedom of speech, which was one of the main achievements of the Prague Spring.

This recording discusses the Cuban government's approval of Svoboda and the Soviet line and Castro's interest in meeting Svoboda. Following this, the Italian Communist Party defends its position in Rinascita, deviating from the Soviets saying that everyone is being too dramatic and that their statement is being taken out of context and exploited for political purposes. The Italians argue that they remain dedicated to international socialism.

In this clip, Yugoslavian citizens declare their solidarity with Czechoslovakians in light of the greater Soviet presence. The reporter goes on to say that Yugoslavs aver that, if the Soviet occupation of Czechoslovakia does not end quickly, it will threaten peace in Europe as a whole.