Thanks to support from the Hoover Institution, I came to Stanford in October 2018 to conduct dissertation research in the Reading Room. My doctoral project examines the interwar Polish state’s engagement in colonial ideas and actions. Tuesday, November 6, 2018 2 min read 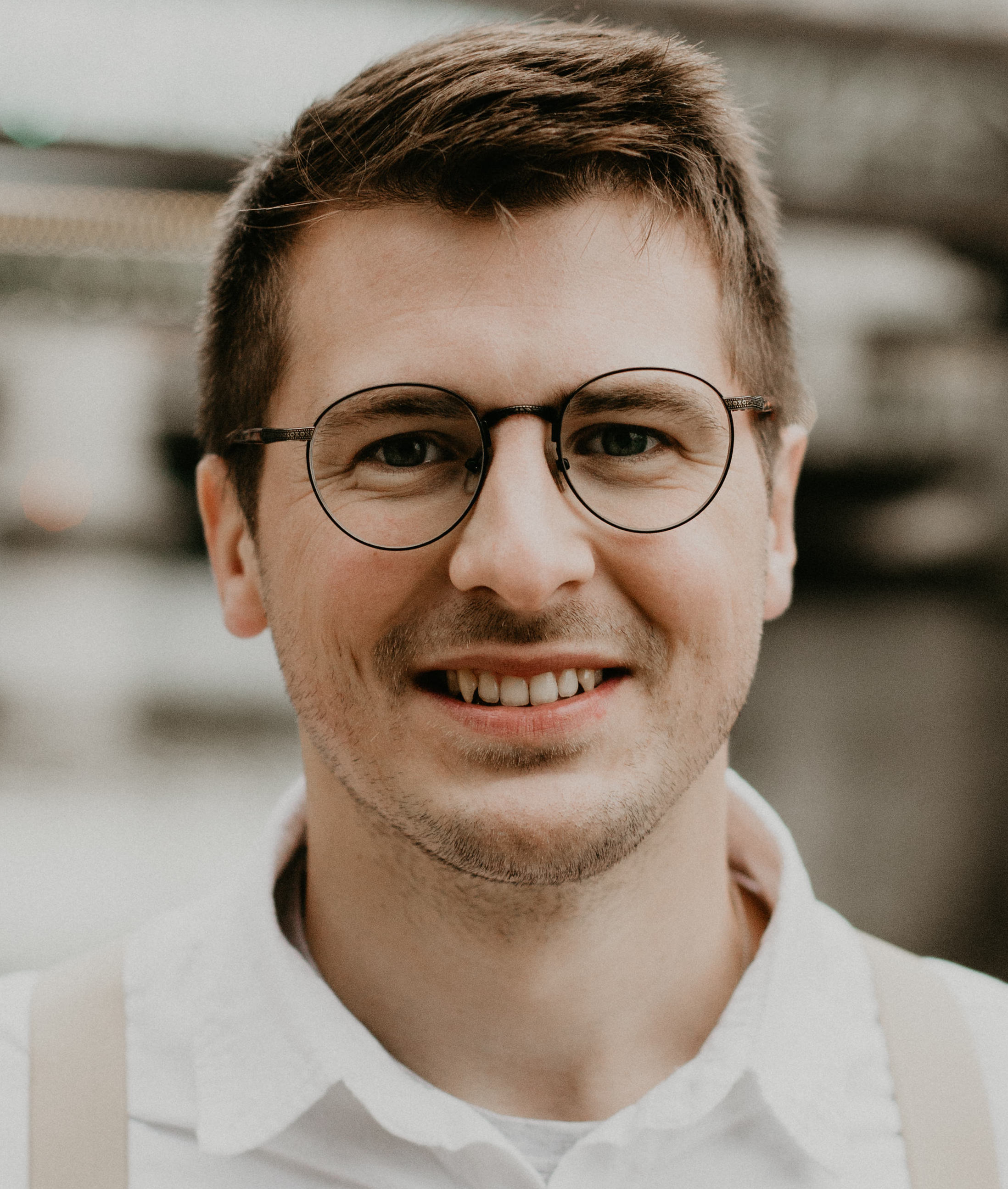 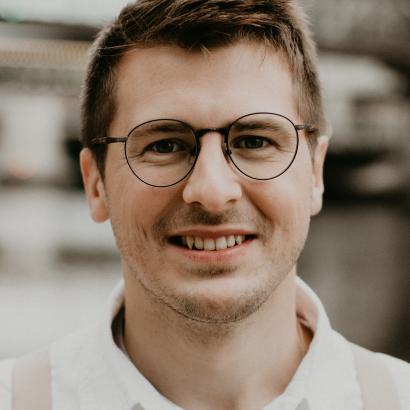 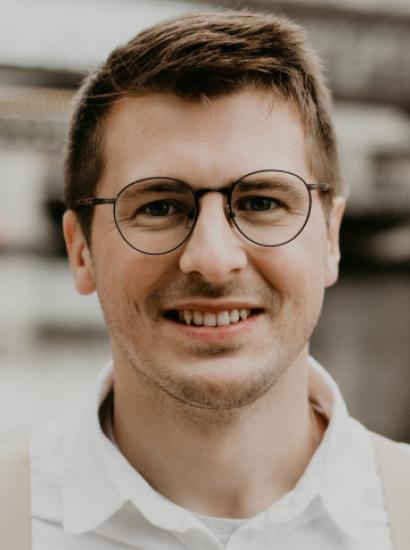 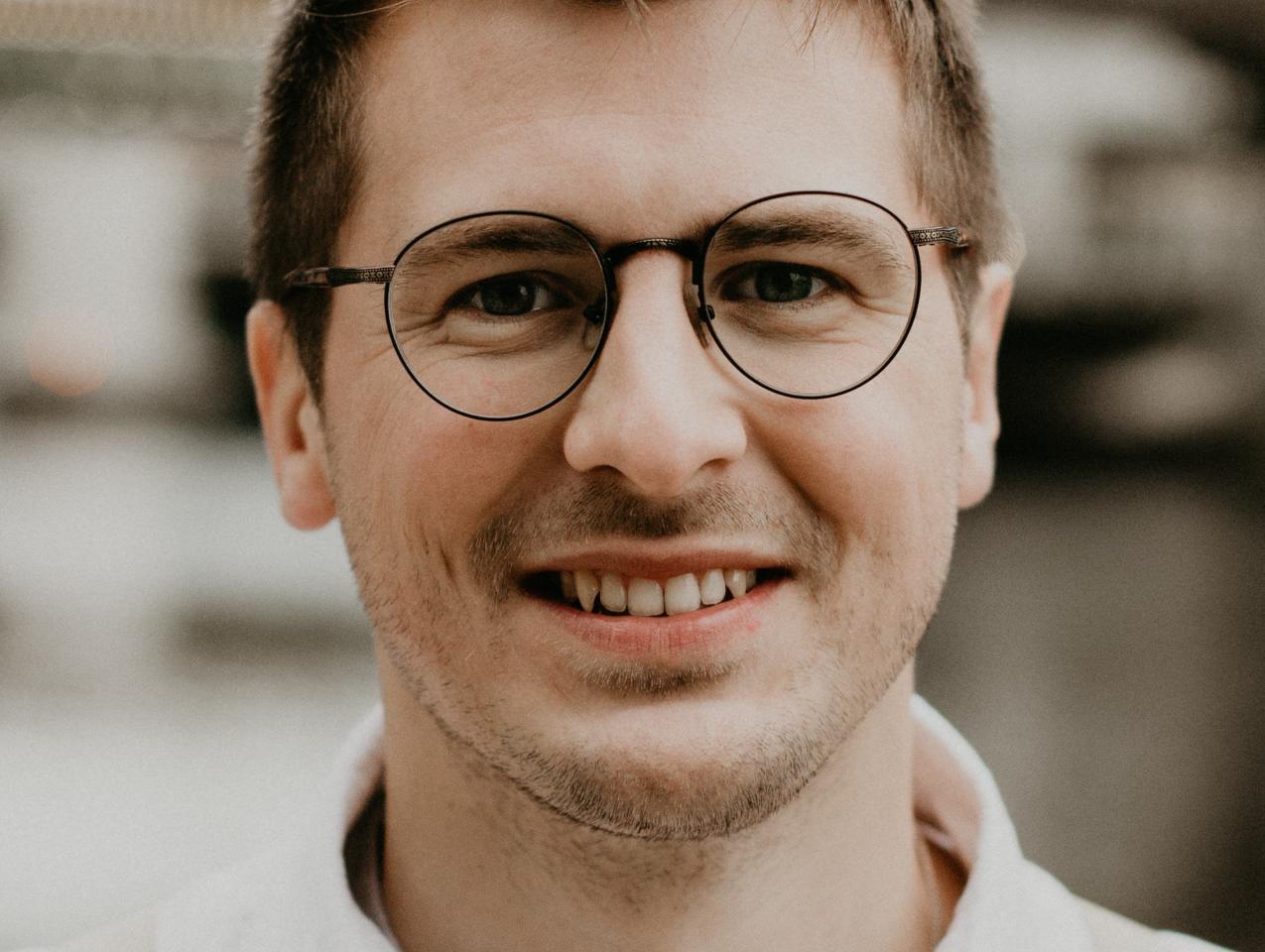 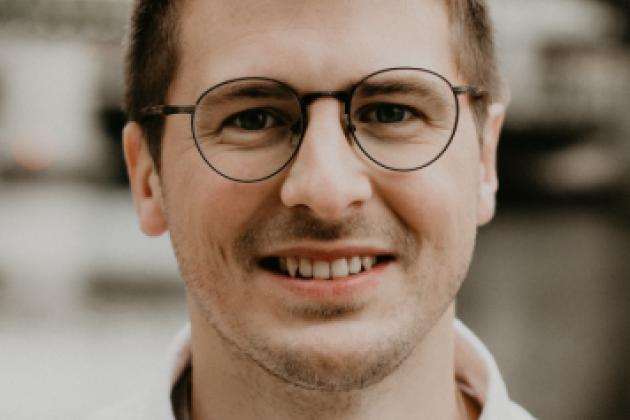 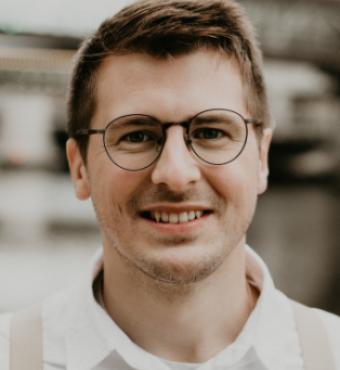 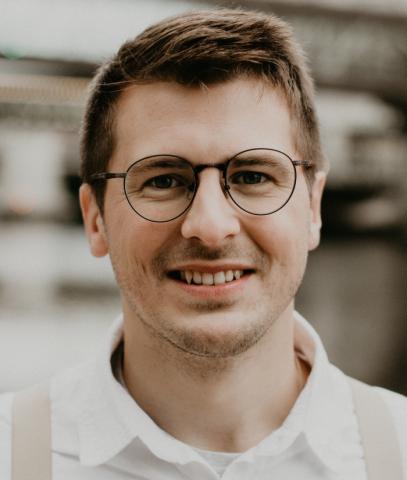 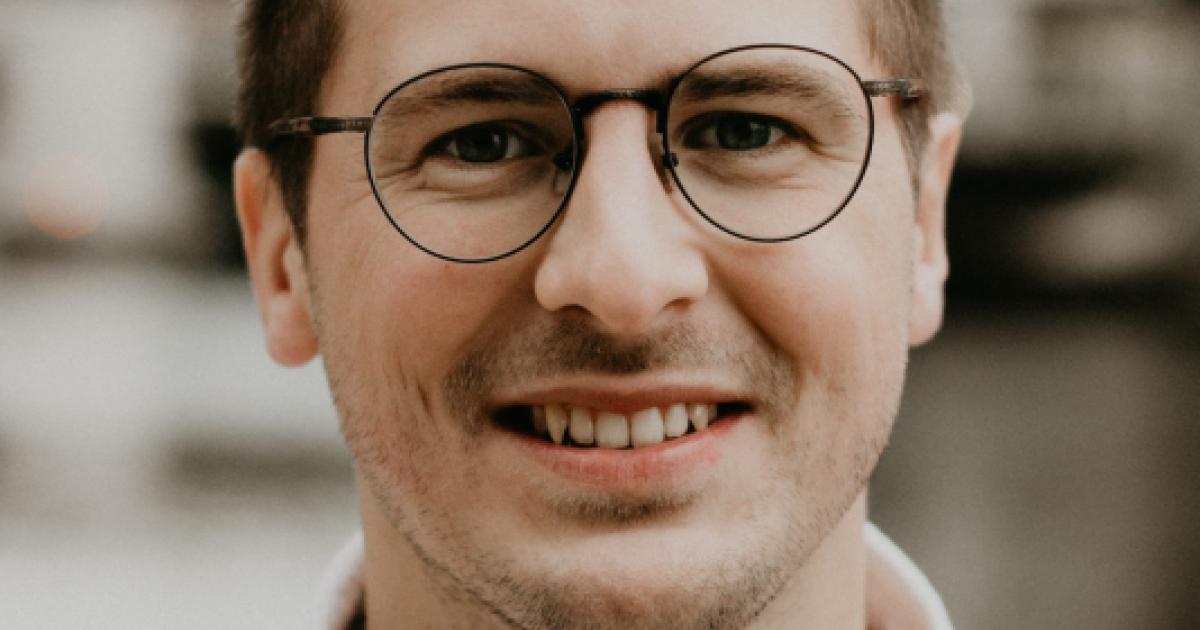 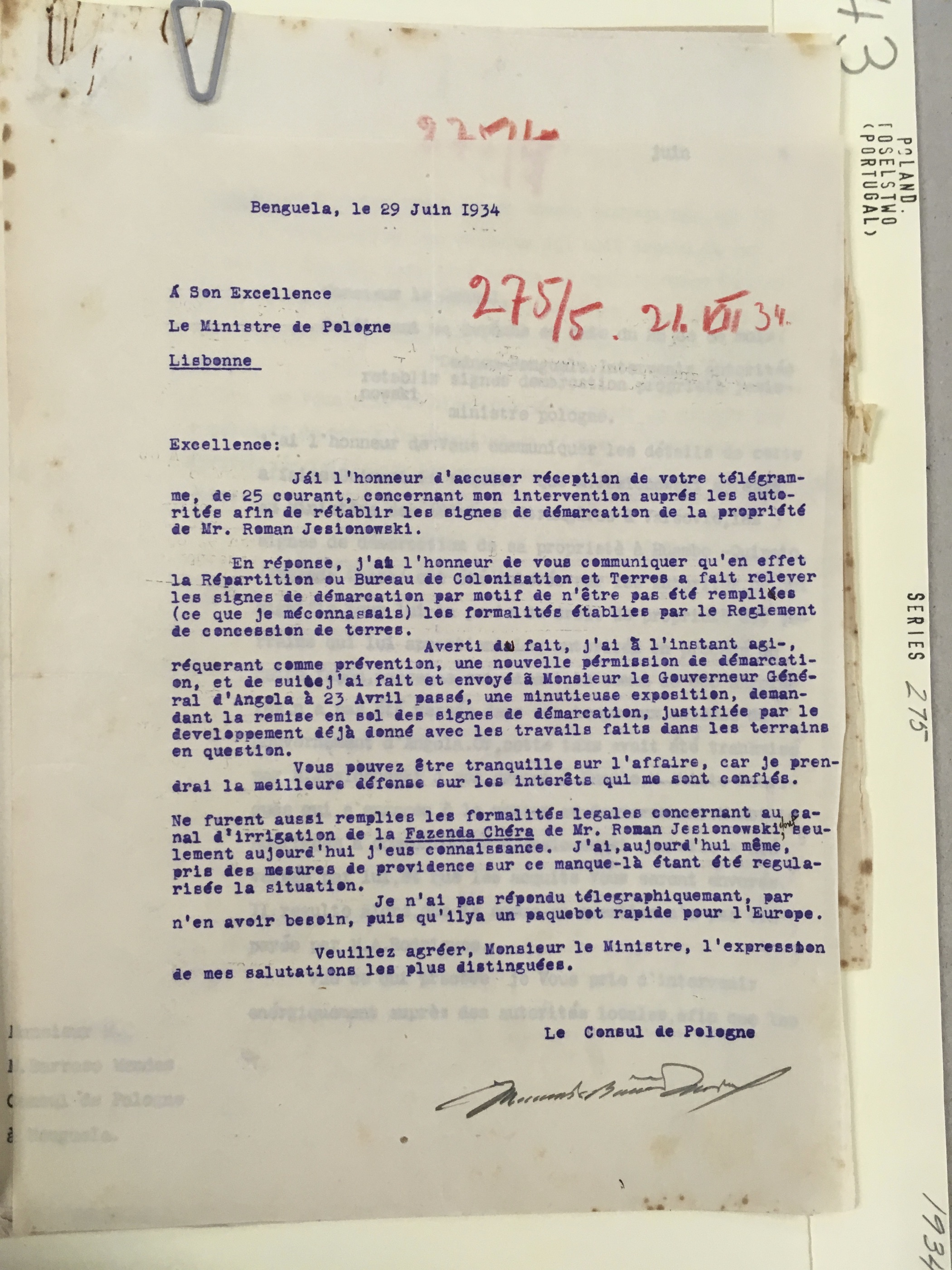 Letter from the Polish honorary consul in Benguela, Angola, to the Polish legation in Lisbon.

Thanks to support from the Hoover Institution, I came to Stanford in October 2018 to conduct dissertation research in the reading room. My doctoral project examines the interwar Polish state’s engagement in colonial ideas and actions. I am especially interested in the ways in which Polish colonial aspirations reflected that newly independent country’s domestic and international discontents. In my dissertation, I ask why a segment of the interwar Polish elite, itself recently subject to imperial rule, embarked on a colonial campaign. What did “colonial” mean in a Wilsonian world of nation-states, empires, mandates, and colonies, since this was a world in which a form of colonialism was enshrined in international institutions? What did Polish colonial actions look like in practice, since the age of conquest was already over? Lastly, what function did colonial aspirations fulfill in Polish diplomacy during the turbulent period leading to World War II? Did they contribute to the destruction or preservation of the international system?

During my stay in the Library & Archives, I consulted the Polish government files and private papers of relevant Polish figures to help me answer these questions. From my earlier research, I had learned that many Polish statesmen and activists in the 1920s and 1930s considered the acquisition of economic and political concessions in the colonial world their country’s opportunity to acquire natural resources necessary for industrialization. Their aim was to establish direct Polish trade with Africa and South America without the participation of Western intermediaries that resulted in high fees and often served foreign state interests. At Hoover, I had the opportunity to examine what the practical implementation of such ideas looked like. Since Portuguese Angola was a major destination where the Polish colonial milieu wished to establish plantations and trading posts, I looked at the files of the Polish legation in Lisbon to check for any potential governmental support of those actions. As a result, I discovered the existence of a secret colonial clause in the trade agreement that Poland and Portugal signed in late 1929, which was supposed to grant special privileges to Polish settlers in Angola. Because of German sabotage and Polish recklessness, however, the Portuguese government refused to implement the secret colonial clause. The files of both the Polish legation in Lisbon and Ministry of Foreign Affairs, moreover, reveal covert missions commissioned from Warsaw with the aim of assisting Polish individuals in purchasing strategic economic sites in Portuguese Africa in the 1930s.

In addition to demonstrating the practical implementation of Polish colonial ideas, my research in the reading room has also illuminated the role that Polish colonial aspirations played in international relations shortly before World War II. After 1936, Polish diplomacy made official demands for economic and political concessions overseas, both in the forum of the League of Nations and during bilateral meetings with British and French diplomats. The Władysław Przebór Kulski Papers suggest that these demands dovetailed their Nazi German counterparts, but also that their authors did not intend to undermine the international system alongside Hitler. In practical terms, the Polish diplomacy actually helped prevent the British and French from appeasing Germany in Africa. As one document from that collection suggests, the British did not wish to fulfill the Polish requests precisely because these requests did not threaten international peace. Moreover, contemporary Polish leaders believed that Britain and France used the League of Nations to protect their colonial markets from foreign exports and settlement. Disillusioned with their Western European allies, which did not seem to reward cooperation in the international forum, Polish statesmen briefly oscillated between the democratic and Axis camps.

My visit to Hoover has also taken me beyond my dissertation and given me an idea for my next project. As I read about the Polish attempts to use refugees to maintain colonial claims to territory in Africa, I realized the truly global presence of the Polish government-in-exile during World War II. I was amazed not only by the geographic scope of the Polish activities but also wondered about all the ways in which that extraterritorial government had to negotiate for authority with foreign governments, local administrators, and refugees themselves. Since the governments-in-exile from Eastern Europe remain understudied, I believe the Polish case might elucidate their contribution to the shaping of the world order after World War II.

Piotr Puchalski was born in Warsaw, Poland and moved to New York City at the age of thirteen. He attended high school in Brooklyn and earned Bachelor’s degrees in European Studies and French from New York University. Since September 2014 Puchalski has been a Ph.D. candidate in modern European history at the University of Wisconsin-Madison.