My primary research interest is intellectual history of the 20th century Croatia and former Yugoslavia, so the archival research done at the Hoover Institution was of great significance for my theme of interest. 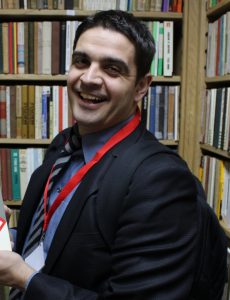 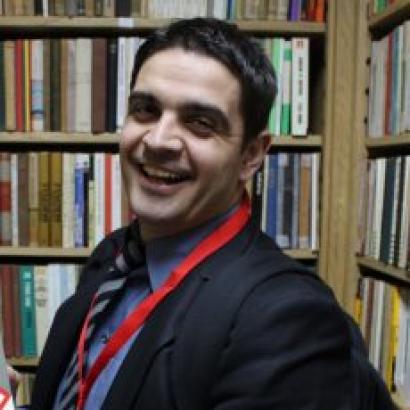 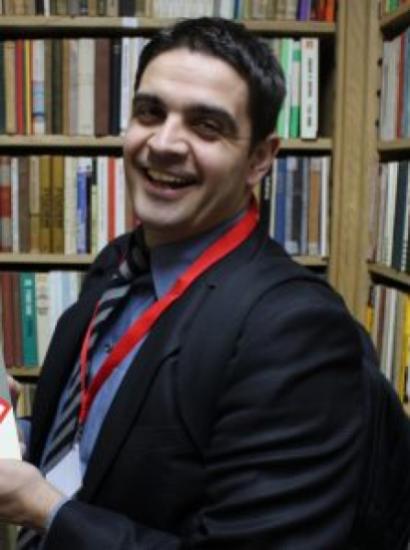 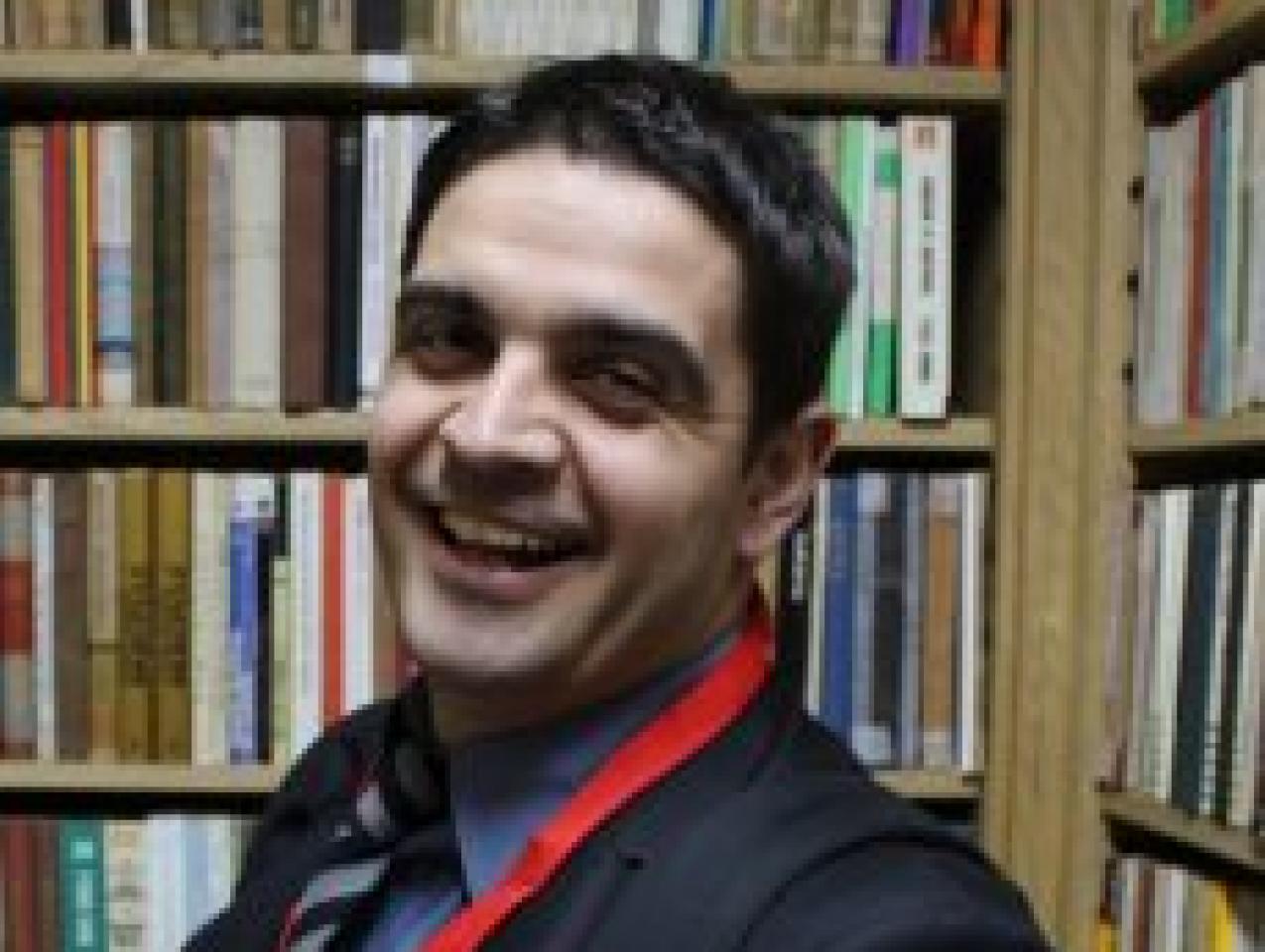 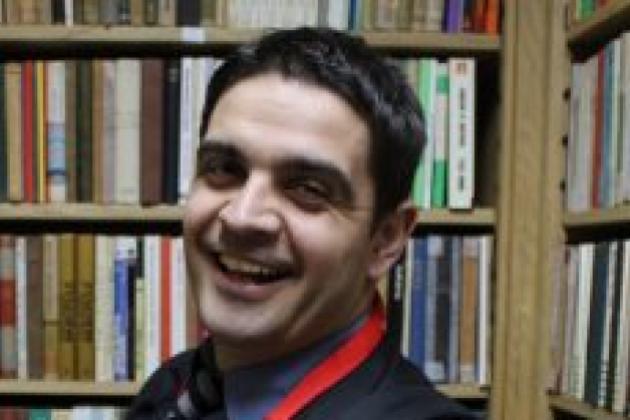 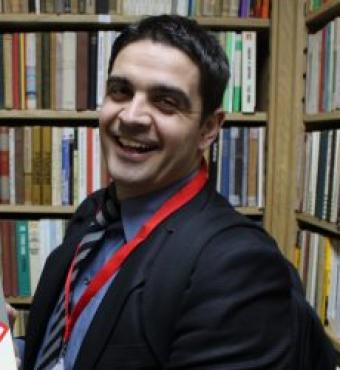 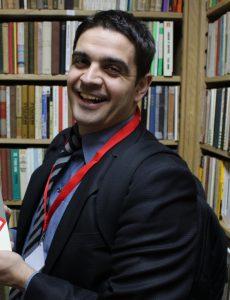 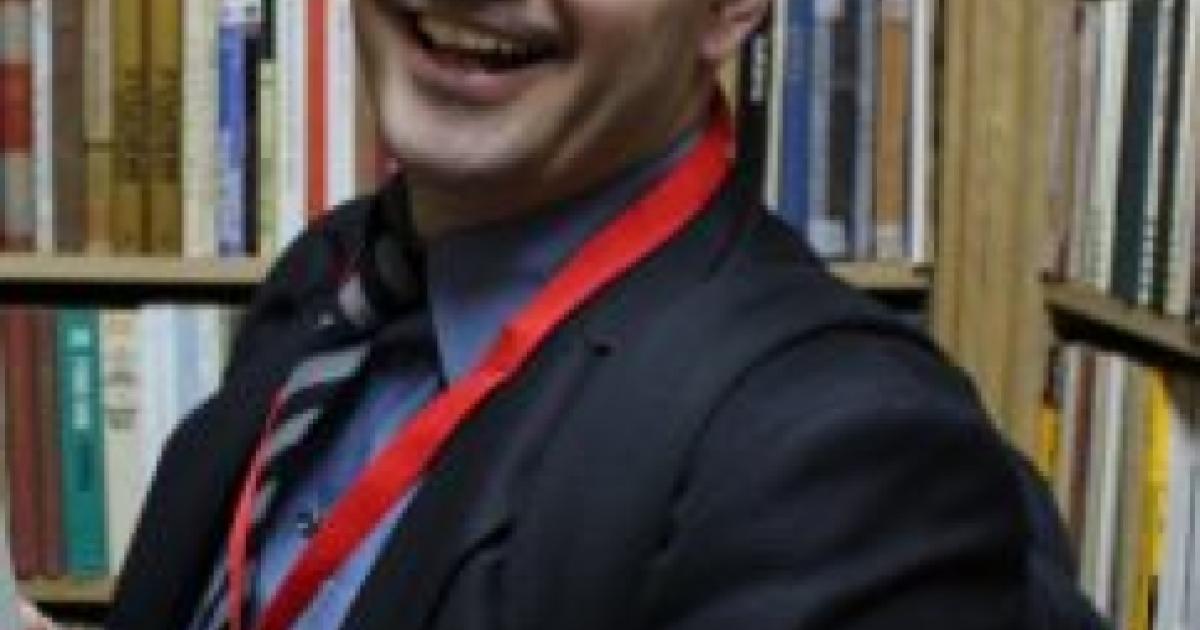 My primary research interest is intellectual history of the 20th century Croatia and former Yugoslavia, so the archival research done at the Hoover Institution was of great significance for my theme of interest. Thanks to the Hoover Institution's support I have been working at the Hoover Institution Library & Archives during the first half of December of 2018. The subject of my research was “Collections on Cultural Opposition in Communist Yugoslavia (1945–1990)” at the Hoover Institution Library & Archives. The research of these documents was key for my cooperation with the international research project “COURAGE - Cultural Opposition – Understanding the Cultural Heritage of Dissent in the Former Socialist Countries,” funded by Horizon 2020, the European Union’s Framework Program for Research and Innovation. One of the main goals of COURAGE is to create a comprehensive on-line data base (digital registry) of existing collections on the history and forms of cultural opposition to the ruling regime in the former European communist states, in order to make these various sources easily accessible and more visible to the wider public.

During my work at the Library & Archives, I researched four collections, essentially the legacies of political emigrants and dissidents who, after leaving communist Yugoslavia, lived mostly in the USA. These are the collections of Dinko Tomasic (1902–1975), Rusko Matulic (1933–2015), Milovan Djilas (1911–1995), and Mihajlo Mihajlov (1933–2010). All these collections represent the first-class source for the history of the dissident movement in the former Yugoslavia and about the anticommunist Croatian and Serbian emigre community in the West.

For example, Tomasic and Matulic's emigrant works are hardly known by the contemporary Croatian public. While Tomasic's work from the period before he went into exile is relatively well known in the Croatian sociology, his academic work at the Indiana University during the Cold War is still almost unknown. During that period he researched the cultural and anthropological conditions that led to the Communist revolution in Yugoslavia. It is clearly seen from the collection that Tomasic used sociological interviews given by the political refugees from different social levels and Yugoslav national groups for his research of the characteristics of the Yugoslav Communism. 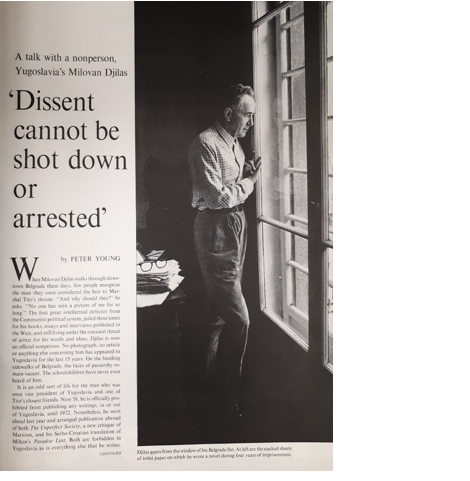 Returning home after four years in prison, Yugoslav communist regime treated Djilas as an “official nonperson” because of his dissent. During that period Djilas was interviewed by Peter Young for the magazine Life May 1, 1970, Vol. 68. No. 16 (Milovan Djilas Papers, Box 20–21).

On Matulic, for instance, there exists no biography of him in the lexicons and encyclopedias at all, nor is his work cited in recent Croatian bibliographies. But Matulic’s collection provides an important source for research of the history of the dissident movement in Yugoslavia during the 1980s, since he, along with Mihajlov, actively participated in the work of the CADDY (Committee to Aid for Democratic Dissidents in Yugoslavia), located in New York. Its aim was to support Yugoslav dissidents in the Western world.

By studying Djilas and Mihajlov's collections, I have encountered unknown details concerning the influence of religious philosophy and religion in general on the intellectual formation of those two most famous Yugoslav dissidents of the Cold War era. Until now the emphasis has been on their efforts to reform the totalitarian socialism in Yugoslavia and in the Eastern bloc countries, while relatively little attention was paid to various influences on their mindset. This is especially so in the case of Djilas, who was jailed after his breakup with Tito’s Yugoslav regime. As a prisoner, distancing himself from the orthodoxy of Marxism-Leninism, he intensively read the religious works of Montenegrin prince and bishop Petar Petrovic I. Njegos and Orthodox saint Basil of Ostrog. Mihajlov was a Yugoslav of Russian origins, and his religious inclination primarily derived from his solid knowledge of Russian modern literature, Russian Orthodoxy and philosophy. In that sense, he was influenced by the literature and thoughts of Fyodor M. Dostoyevsky and Nikolai Berdyaev. While Djilas ultimately did not become religious, Mihajlov remained firmly attached to the idea of ​​reconciliation between socialism and Christianity. Mihajlov also claimed that Djilas had failed to see the importance of religion in the struggle against totalitarianism, because he never completely abandoned Marxist philosophy. Namely, Mihajlov also considered that socialism and democracy, despite the fact that both were modern systems, shared Christian roots. That was why he several times confronted the most known Soviet dissident Alexander Solzhenitsyn, who unlike Mihajlov reasoned that the rebirth of the Russian nation would be the only possibility for the demise of the Soviet regime.

I would like to thank the Hoover Institution Library & Archives for awarding me a research fellowship, which helped me to expand my knowledge in the field of the very interesting and intriguing intellectual history of Croatia and Yugoslavia during the 20th century. The Library & Archives staff kindly assisted me in my research. I also owe special thanks to Sarah Patton, who was always very kind and ready to help me. Without her help, as well as assistance from other employees my research would certainly have not been so fruitful and effective.

Stipe Kljaic is a Postdoctoral Research Fellow at the Croatian Institute of History, University of Zagreb.