Welcome to Participants in the Fourth Annual Workshop on Political Economy

Hoover welcomes the participants of the 2017 Workshop on Political Economy. 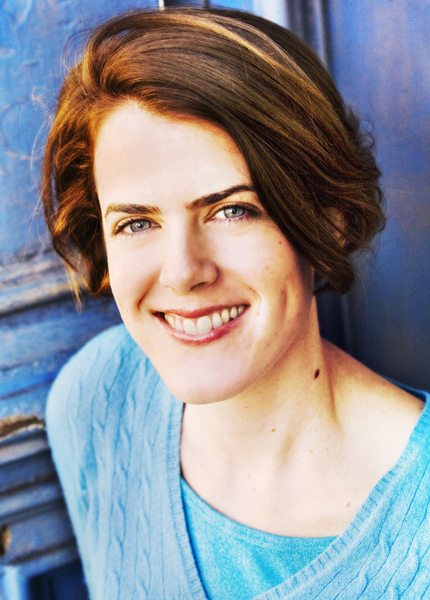 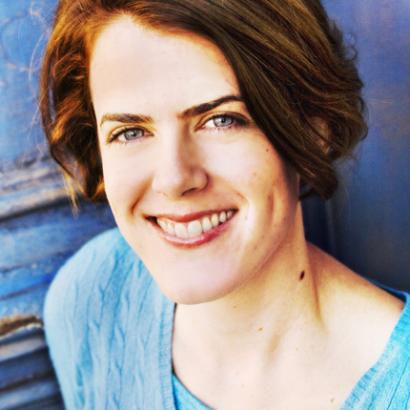 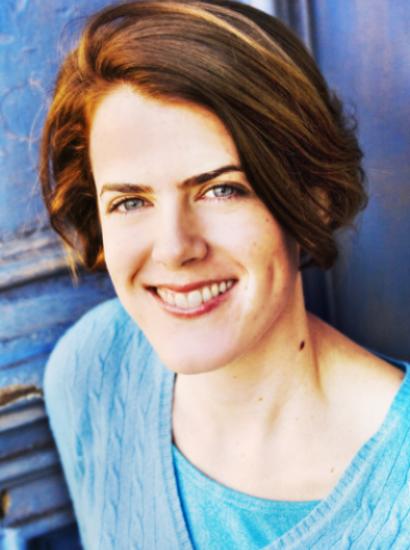 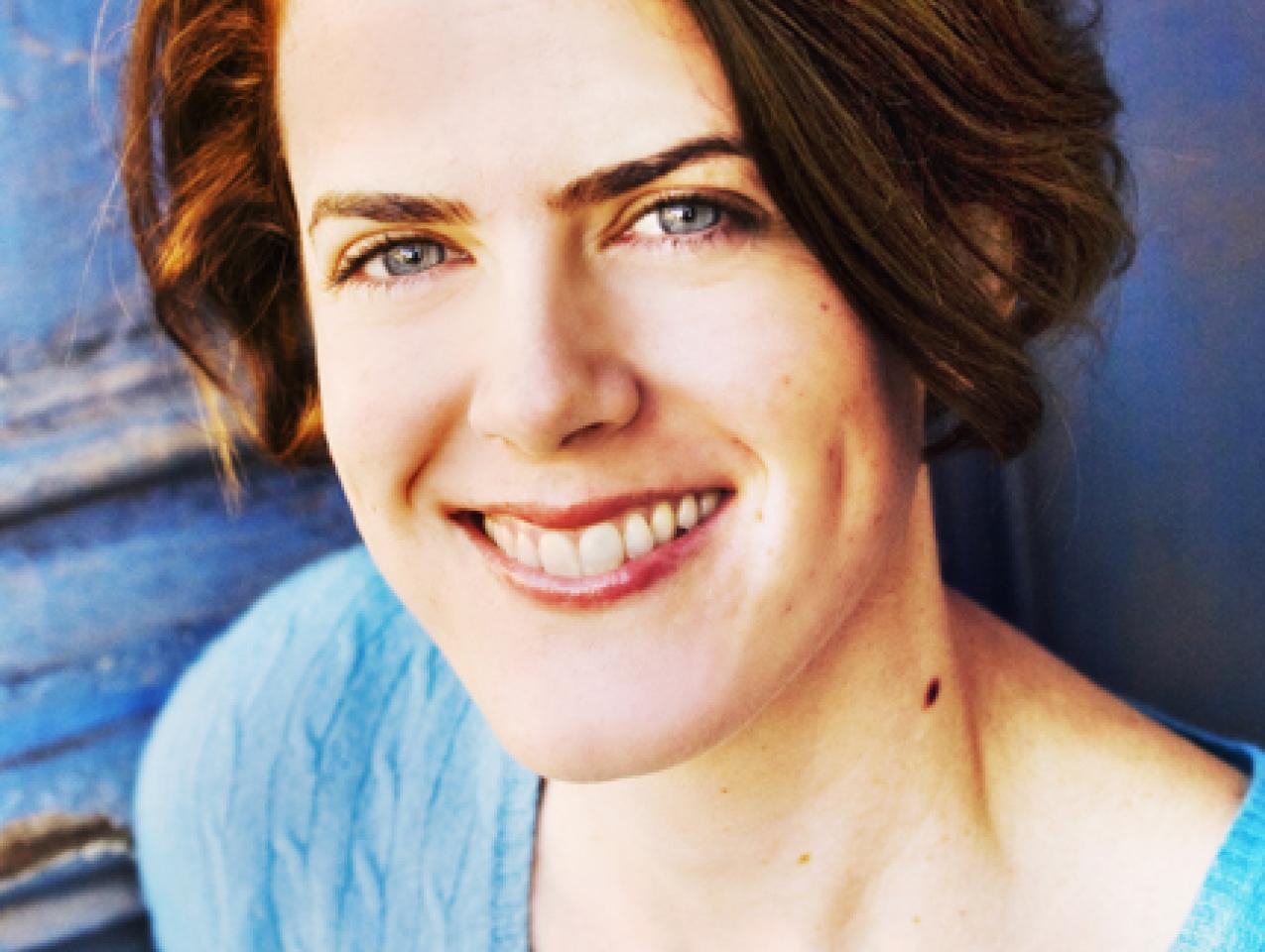 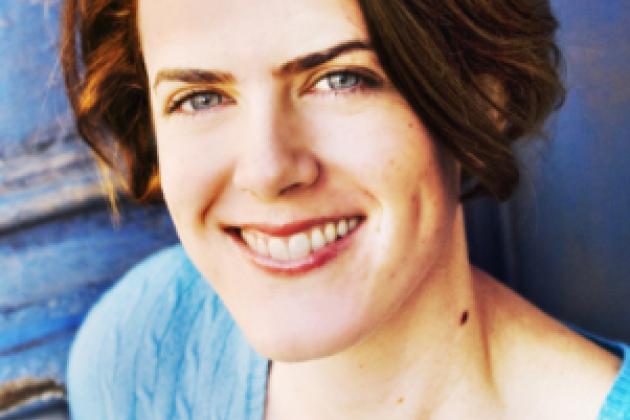 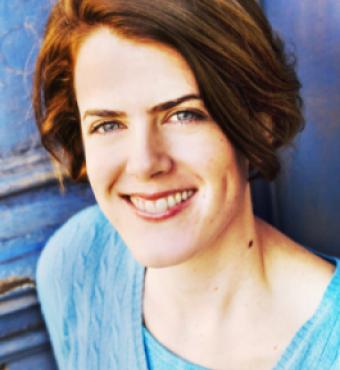 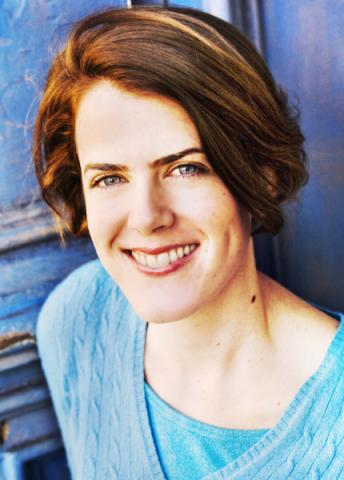 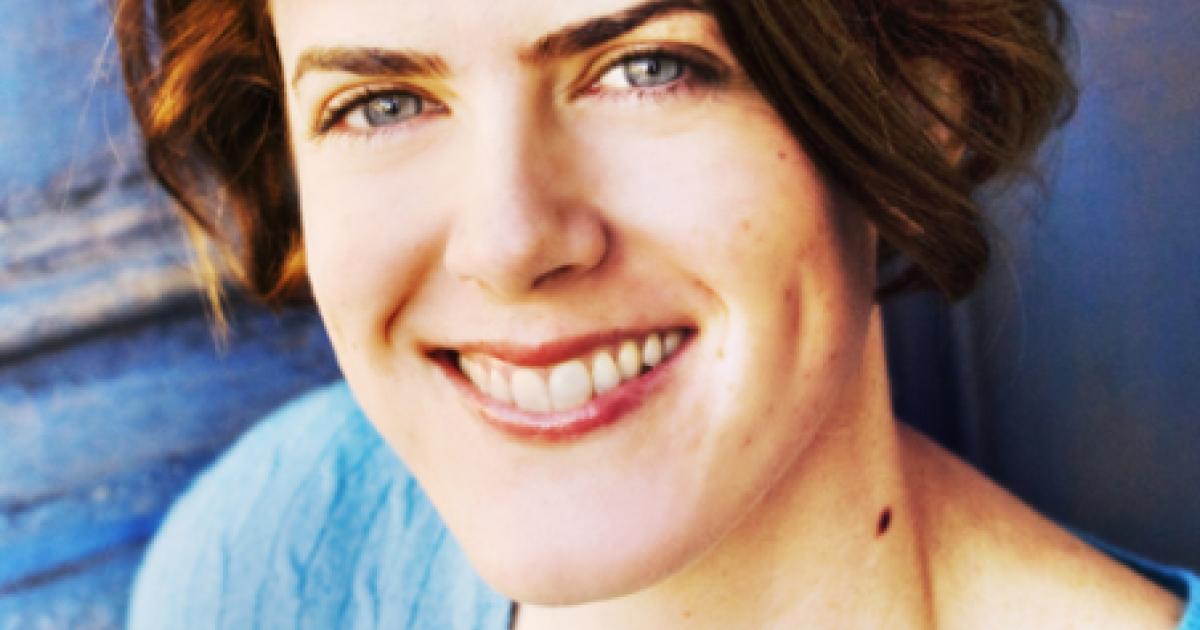 From June 26 through June 30, 2017, the Hoover Institution Library & Archives will bring together scholars from across the globe for its fourth annual Workshop on Political Economy. Organized by Stanford history professor Jennifer Burns, the workshop invites researchers from diverse fields to study the history of economic thought using the archives of such notable thinkers as Karl Popper, Milton Friedman, and F.A. Hayek. Participants pursue individual research projects in the Hoover reading room and participate in daily roundtables and discussions dedicated to expanding interdisciplinary conversations surrounding economics, political theory, and history. This year Leah Wright Rigueur, Assistant Professor of Public Policy at Harvard University and author of The Loneliness of the Black Republican: Pragmatic Politics and the Pursuit of Power, will present the keynote address.

The 2017 Workshop on Political Economy will include both early and late career scholars who are leaders in their respective fields. See below for a list of participants and descriptions of their current research. 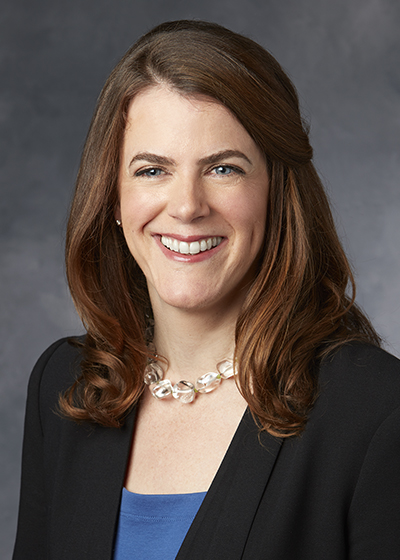 Jennifer Burns, the workshop’s faculty organizer, is an associate professor of history at Stanford University and a research fellow at the Hoover Institution.  At Stanford, Professor Burns has served as a faculty adviser to the Approaches to Capitalism Workshop at the Stanford Humanities Center, co-founded the Bay Area Consortium for the History of Ideas in America, and advised the Hoover Institution Library and Archives on new acquisitions in American political history.  Her first book, Goddess of the Market: Ayn Rand and the American Right, was an intellectual biography of the libertarian novelist Ayn Rand.   During the workshop, she will continue her work on a book about Milton Friedman, using his papers held at the Hoover Archives. 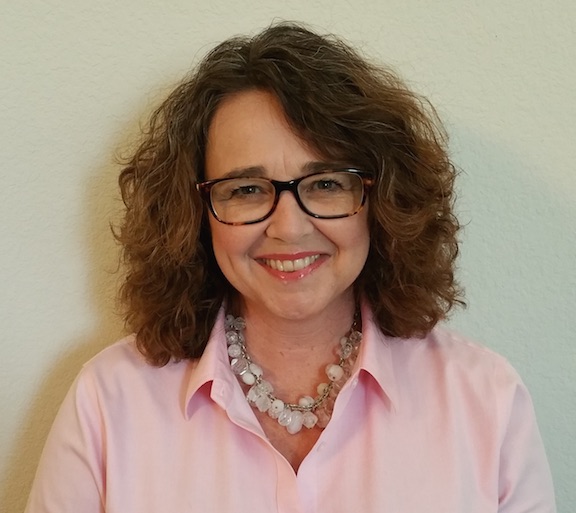 Lora Burnett is the 2017-2018 Teaching Fellow in History at the University of Texas at Dallas.  She is finishing a book on the 1980s debates about Western Civilization courses at Stanford, to be published by the University of North Carolina Press.  During the Hoover workshop, she will research the book’s final chapter, which will trace connections between cultural conservatives, higher education advocacy organizations, and the dot-com venture capitalists of Silicon Valley.  She plans to consult the Sidney Hook Papers, the John H. Bunzel Papers, and the Center for the Study of Popular Culture Records. 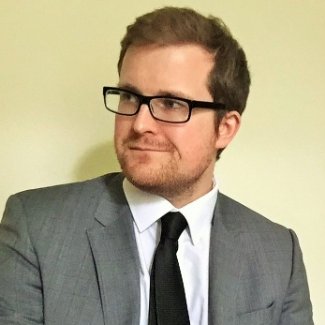 Richard Carr is a Senior Lecturer in History and Politics at Anglia Ruskin University, UK. Carr has worked for the UK local government think tank Localis and various political campaigns.  He has published widely on twentieth century British politics, including the book Veteran MPs and Conservative Politics in the Aftermath of the Great War and Charlie Chaplin: A Political Biography. Currently, he is writing a book about the relationship between the British Labour Party and American Democratic Party over the long 1980s.  During the workshop, he will make extensive use of the Institute of Economic Affairs collection, as well as aspects of the Edsall, Wohlstetter, and Wirthlin papers.

Cléo Chassonnery-Zaïgouche is a postdoctoral researcher in history of economic thought at the Centre Walras-Pareto at the University of Lausanne (Switzerland). She received her Ph.D. in Economics from the University Paris 1-Panthéon Sorbonne (France). She is currently working on the history of the ‘equal pay for equal work’ controversy in the United Kingdom and the economics of discrimination after Gary Becker’s work. She examines how theoretical and empirical issues over the explanation and measurement of market discrimination clash in different contexts, from seminar rooms to courtrooms to the policy arena. During the workshop, she will look at the papers of intellectuals connected to the RAND corporation, including Henry S. Rowen, Roberta Wohlstetter, and Albert Wohlstetter, for insight into debates on the economic aspects of race relations in postwar America. 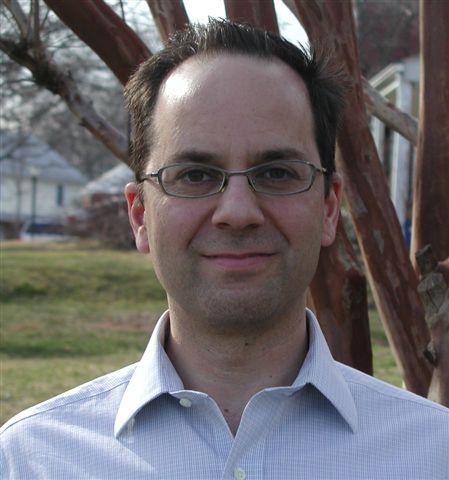 David Freund is Associate Professor and Director of Undergraduate Studies in the Department of History, University of Maryland, College Park.  He specializes in the history of the modern United States, with a focus on the built environment, public policy, economic opportunity, and economic ideology. He is the author of Colored Property: State Policy and White Racial Politics in Suburban America, which was awarded the 2008 Ellis W. Hawley Prize from the Organization of American Historians, and editor of The Modern American Metropolis: A Documentary Reader. He is currently writing State Money, a history of financial policy and free market ideology in the modern United States.  To examine the evolution of debates concerning the nature of money and the federal stake in financial markets, during the workshop he will look at the papers of Raymond Moley and W. Randolph Burgess. 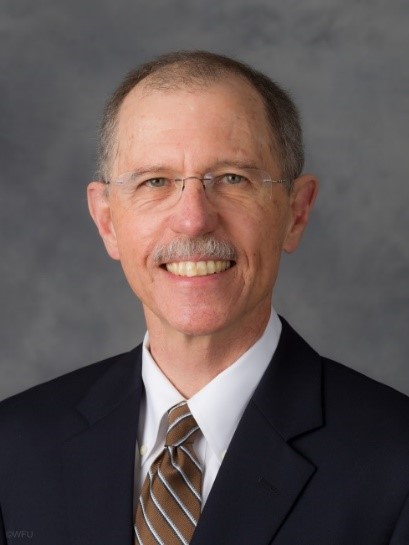 Dan Hammond is professor of economics at Wake Forest University, where he teaches courses on introductory economics and the history of economics.  He is also helping to develop a philosophy, politics, and economics curriculum for the Intercollegiate Studies Institute.  An expert on the Chicago School of economics, Hammond is the author of Theory and Measurement: Causality Issues in Milton Friedman’s Monetary Economics and (with Claire H. Hammond) editor of Making Chicago Price Theory: Friedman-Stigler Correspondence 1945-1957.  At the workshop, he will use Hoover’s archival collections to examine the scientific and philosophical bases of the revival of liberalism associated with the Mont Pelerin Society.

Roni Hirsch is a PhD Candidate in Political Science at UCLA and a Research Fellow at the Center for the History of Political Economy at Duke University. Her dissertation project studies the political economy of risk as a combined product of interwar economic thought, the parallel rise of financial markets, and the increasing efforts to regulate them in the 1930s. At the Hoover Archives, she will focus on the Milton Friedman and the Mont Pèlerin Society collections to examine the ways risk reemerges in postwar Chicago and helps define a new neoliberal subject, both building on, and diverging from, the emergent logic of postwar mathematical finance.

Andrew Meade McGee is a visiting assistant professor of history at Carnegie Mellon University, and in 2018 will be Kluge Digital Studies Fellow at the Library of Congress. His first book project, “Mainframing America,” is a political history of the computer in the United States from the 1940s to the 1980s.  At the Hoover Institution Archives he intends to pursue research into how the emergent digital information society of the 1970s altered flows of data and capital and influenced policy-making, technological modeling, and regulation in the energy sector. Relevant collections include the papers of Dixie Lee Ray, Victor Gilinsky, William Offutt Doub, and H. Peter Metzger. 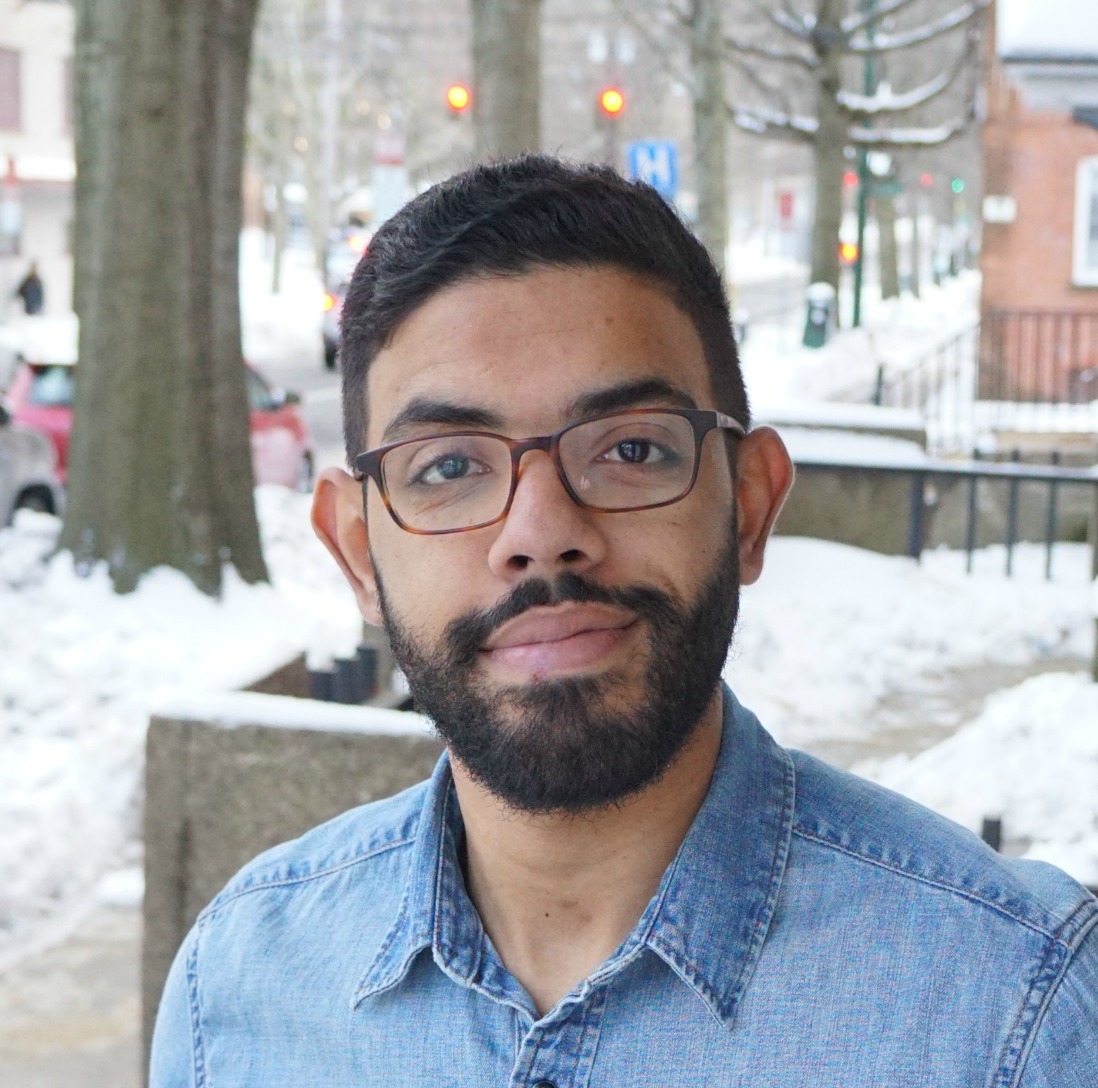 Pedro A. Regalado  is a PhD candidate in American Studies at Yale University. His research interests focus on race, immigration, and capitalism in 20th century U.S. cities. Pedro’s dissertation project examines the history of New York City from the 1950’s into the 21st century through the lens of Latina/o life, particularly how different Latina/o groups continued to negotiate American capitalism after migration. The Manuel Rafael Giberga Angulo papers at the Hoover Archives provide key insight into the economic thinking of influential Latina/o business people during the 1960s and 1970s. 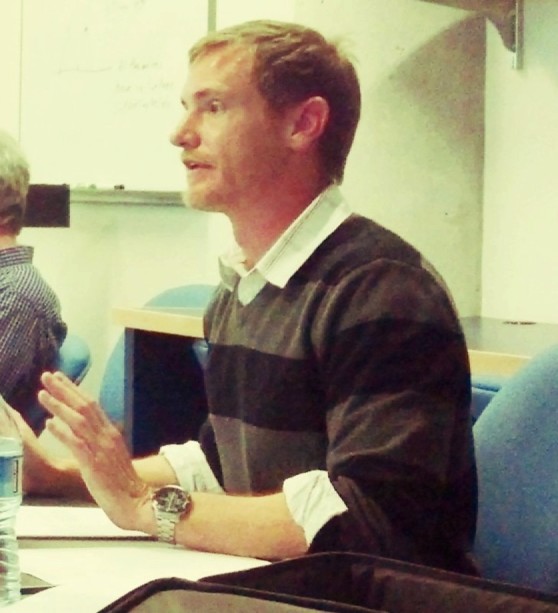 Scott Scheall is a Lecturer with the Faculty of Social Sciences in Arizona State University’s College of Integrative Sciences and Arts.  He is now writing a book on the relationship between F.A. Hayek’s philosophies of politics and science.  Scheall is a former Research Fellow with Duke University’s Center for the History of Political Economy and a former Postdoctoral Fellow with the F.A. Hayek Program for Advanced Study in Philosophy, Politics, and Economics at George Mason University. His research has appeared in Journal of the History of Economic Thought, Journal of Economic Methodology, Erasmus Journal for Philosophy and Economics, and Review of Austrian Economics. Scott is co-editor of Research in the History of Economic Thought and Methodology. 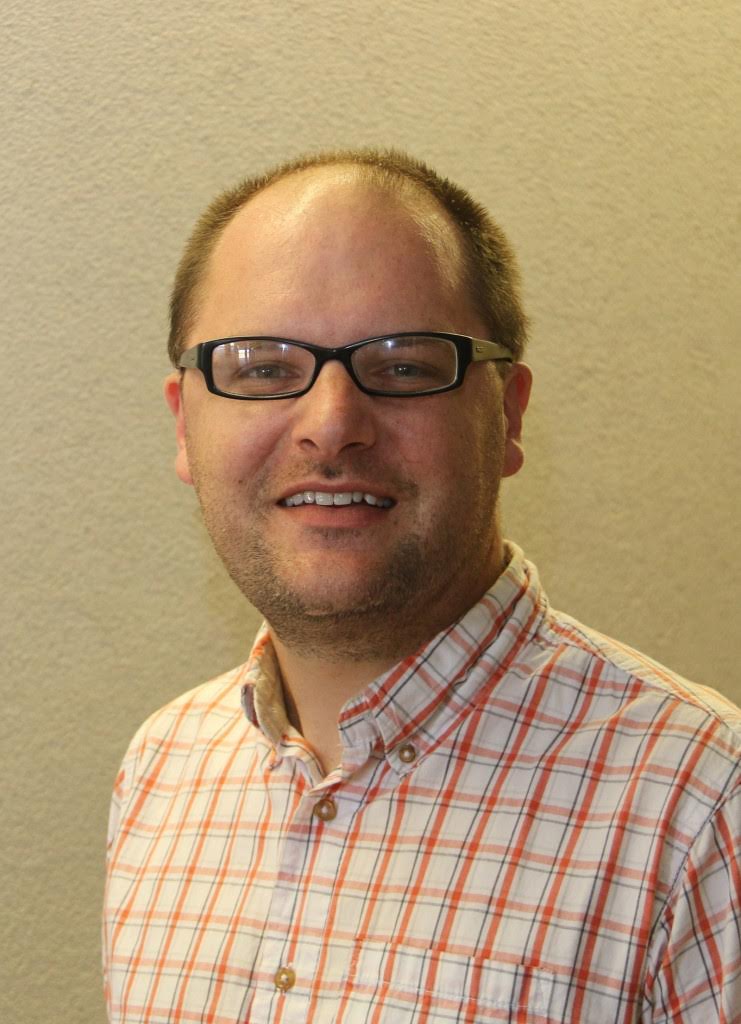 Tom Scheiding is an Assistant Professor of Economics at the University of Hawai’i.  His research interests are on the development of the scholarly communication infrastructure in economics in the twentieth century, the development of the labor market for economists, and the role of women as co-authors in economics research in the latter half of the twentieth century.  During the workshop Professor Scheiding will examine Milton Friedman’s papers as they pertain to his co-authorship work with Anna Schwartz, including their landmark A Monetary History of the United States.