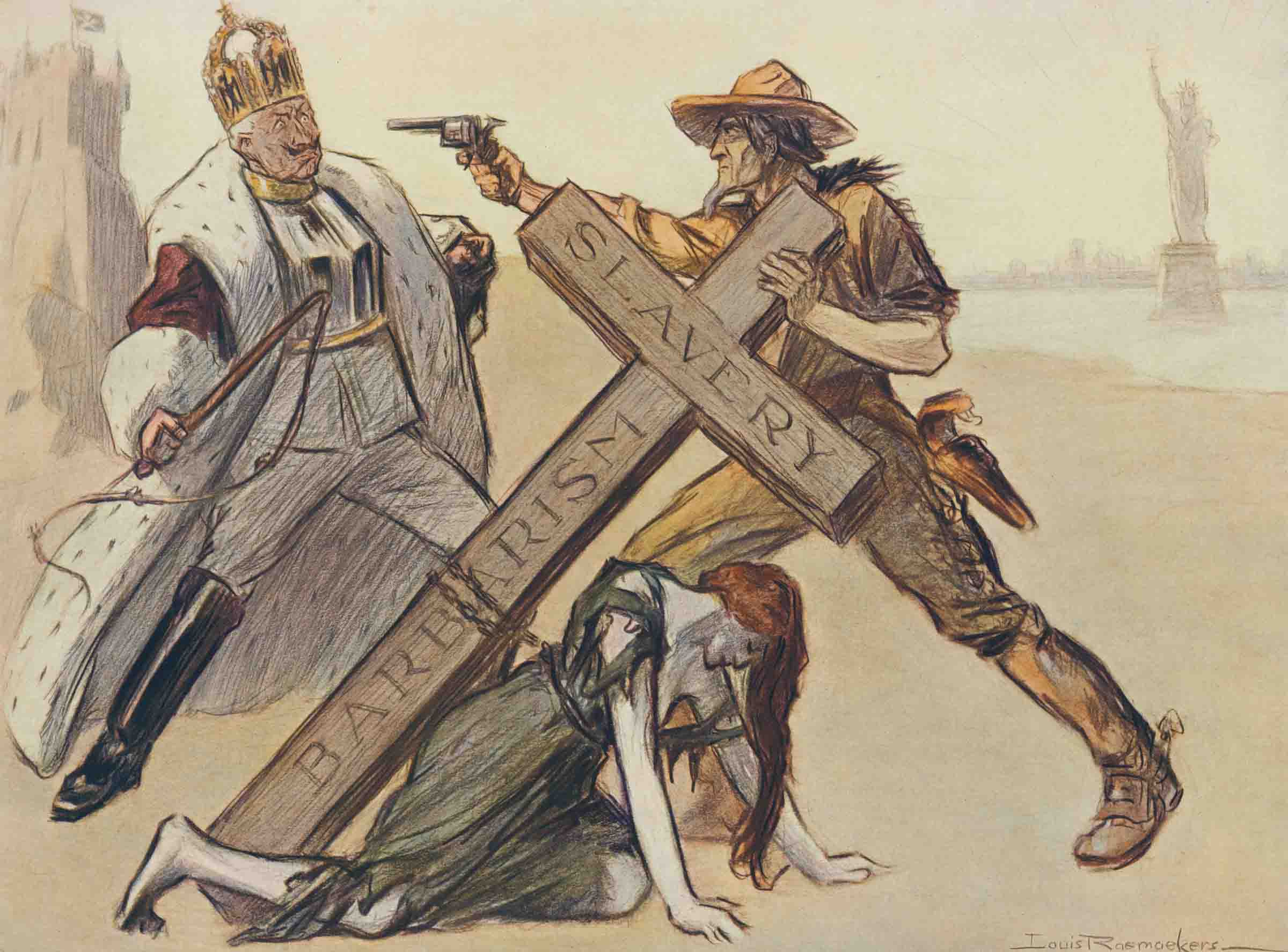 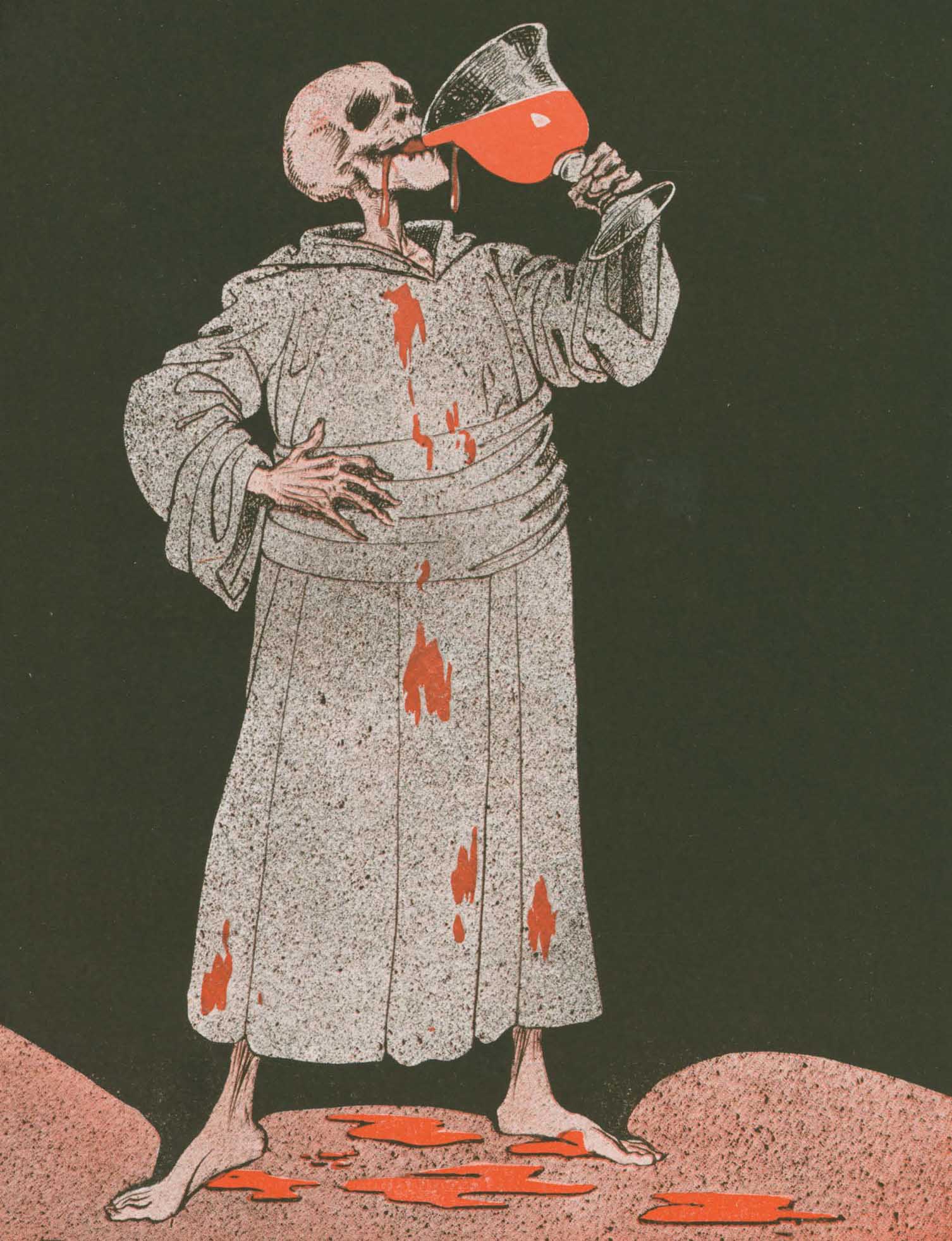 Left: The Avenger (1914–1918). Right: A Toast to Kultur (1914–1918).
The Hoover Library and Archives are presenting an exhibition of the political cartoons of Raemaekers beginning on Tuesday, February 6, titled “Sharply Drawn: The Political Cartoons of Louis Raemaekers: 1914–1941.”  The exhibit features more than one hundred of Raemaekers’s original works spanning his remarkable career. Restoration of the drawings and preparations for the exhibition were made possible by generous underwriting support from Mrs. Joanne W. Blokker in memory of her late husband, Johan, and the Mericos Foundation.
Notable in his work, said exhibit curator Kyra Bowling, “is the ability of a single image to be accessible and moving enough to evoke reactions across many cultures.” Raemaekers’s early work was of a pastoral nature, but the advent of World War I changed his focus. After observing firsthand the atrocities committed by Germans, Raemaekers turned his attention, and that of the world, to the war through his drawings. Although Raemaekers began his work in Europe, his cartoons were eventually picked up by Hearst newspapers; by October 1917, more than two thousand newspapers on both sides of the Atlantic were printing his drawings on a regular basis.
The exhibit opens to the public on Tuesday, February 6, and runs through Saturday, May 5, in the Herbert Hoover Memorial Exhibit Pavilion, next to Hoover Tower, and is free of charge. Pavilion hours are Tuesday through Saturday, 11:00 a.m. to 4:00 p.m. For more information contact 650-723-3563.
-30-