History of the Collection:

From our earliest days, we have long sought to collect, preserve, and make available Africa's rich historical past and present. 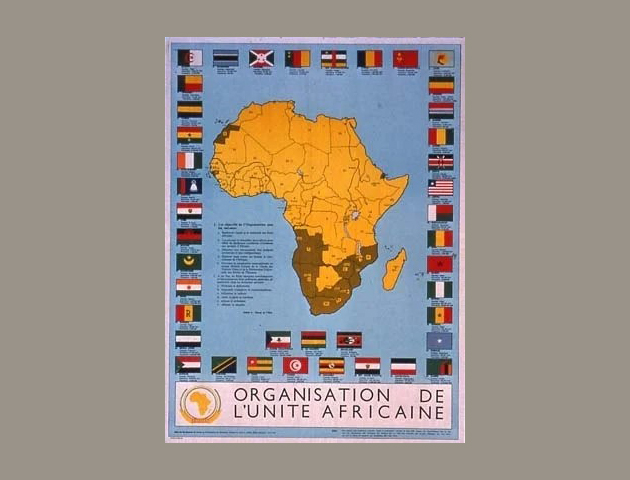 The Hoover Institution has long sought to collect, preserve, and make available to the scholarly community Africa's rich historical past. Colonialism in Africa under the European powers had been the major focus of collecting until 1960, when the acquisition program began to cover the struggle for independence; after independence, African internal affairs, politics, and economic studies became major collecting areas for the Hoover Institution.

The Africa Collection had its beginnings in 1919, when the Belgian government presented Herbert Hoover with a collection of official Belgian documents and reports, many pertaining to the Belgian Congo and Ruanda-Urundi.

Nina Almond, head librarian in the 1920s, expanded the collection, acquiring League of Nations Mandates Commission reports, African government official gazettes, and colonial government annual reports. Ruth Perry, appointed curator in 1956, further expanded the Institution's African holdings, particularly with materials acquired on trips to Ghana and Nigeria. In 1959, historian Peter Duignan became the collection's first full-time curator, signaling a significant increase in library and archival holdings, especially of materials produced in Africa. A major collecting effort to document further all aspects of colonialism and of the struggles of black South Africans to be free began in 1960.

Colonialism in Africa under the European powers had been the major focus of collecting until 1960, when the acquisition program began to cover the struggle for independence; after independence, African internal affairs, politics, and economic studies became major collecting areas for the Hoover Institution. Publications documenting Lusophone Africa (from Angola, Cape Verde, Guinea-Bissau, and Mozambique) were strengthened in the 1960s with the acquisition of material from Richard Hammond, then a researcher with Stanford's Food Research Institute, and from acquisitions trips by Curator Duignan and Ronald Chilcote, a Stanford lecturer. In 1976, with the establishment of the Hanna Collection on the role of education in twentieth-century society, acquisitions of publications on education as it relates to political and social developments in African countries increased. Liberation movement publications and documents from political parties and other advocacy organizations continue to be collected from all of sub-Saharan Africa.

With the transfer to the Stanford University Library of collecting responsibilities for books, serials, newspapers, journals, and all government documents, the Hoover Library and Archives have stopped collecting in those areas, limiting its collecting activities to archival materials and political ephemera.

Peter Duignan served as curator for the Africa Collection until 1995, when he became curator emeritus. He was also curator for Stanford University's Africa Collection at Green Library, and assisted Stanford's branch and other coordinate libraries by referring titles to them so that Africana materials were acquired in all fields. Karen Fung, who joined the Hoover Library in 1966, was the deputy curator until she moved in 2002 to the Stanford University Green Library.