History of the Collection:

It was in Europe that the first collecting mission was sent in 1919. Today, many of our core collections are European and we continue to grow our holdings. 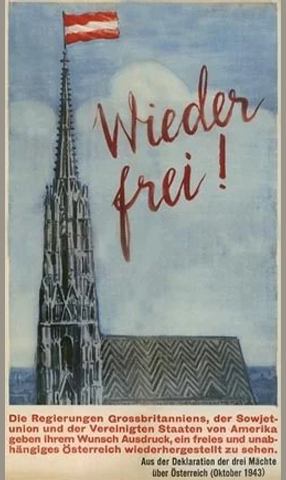 At the end of the First World War, Herbert Hoover assigned Ralph H. Lutz, a young Stanford historian, the task of collecting primary and secondary source material to document the important political, social, and economic changes taking place in Europe. The emphasis was placed on acquiring government documents, periodicals, newspapers, pamphlets, posters, photographs, ephemera, and monographs in the various European languages in the fields of history, politics and government, economics, and international relations. Book dealers and purchasing agents were recruited in the various countries to search for and acquire this specialized material. The publications of the League of Nations, for example, were received on deposit and formed the basis for an important international documents collection.

The steady growth in the 1920s and 1930s was interrupted with the outbreak of World War II, but the established contacts with the library's old book dealers in Austria, France, Italy, and Germany were resumed immediately after the war. A concentrated collecting effort at that time, in cooperation with the Library of Congress, resulted in an avalanche of documentation from the wartorn countries of Europe, foremost a substantial set of records of the International Military Tribunal. The collapse of the totalitarian governments in Italy and Germany offered an especially fertile opportunity for gathering books, periodicals, and archives documenting their history.

Increasing post-World War II interest in the non-Western world led to the pision of the collection, which until then was still undifferentiated by areas, into various geographic collections. The Central and Western European Collection became a separate but major unit in the new organizational structure.

Collecting efforts continue in response to political and social changes, as well as technological developments. Videos, microform, oral histories, and CDs have now been added to the traditionally collected materials. Collecting from the area between Germany and Russia began immediately after World War I. Professor E. D. Adams, from the.Stanford University History      on Herbert Hoover's initiative, went to Paris with a team of specialists to gather documentation on the war and the subsequent Peace Conference. All conference delegations from East/Central Europe were contacted, including those representing existing states and those with claims for statehood. Most delegates were cooperative, providing large amounts of material that formed the basis of the Hoover War Library, as it was then called. Particularly detailed documentation was obtained from Poland, Czechoslovakia, Romania, and Yugoslavia, initiating what was to become a great tradition of Hoover on-site collecting of library and archival materials in this part of the world.

Furthermore, a member of the Adams team, Professor Ralph H. Lutz, visited Warsaw in September 1919 at the invitation of the Polish delegation, initiating what was to become a great tradition of Hoover on-site collecting of library and archival materials in East/Central Europe. Building on this solid foundation in the years that followed, contacts were established and strengthened throughout East and Central Europe, often by persons connected with the American Relief Administration, which Herbert Hoover directed.

As with Western Europe, collecting in East/Central Europe was interrupted by events surrounding World War II. Earlier collecting investments and contacts paid off after the war, however, as a massive amount of wartime materials was delivered to the Hoover Institution. Many of these materials were unique clandestine publications and items issued by the German occupiers. In other cases, political and military authorities, in an effort to protect the archives from dispersion, transferred collections under their control to a safe location in the United States: the Hoover Institution.

More recent collecting efforts have concentrated on current political ephemera, such as posters, leaflets, newspapers, and pamphlets (often published secretly), published books, and periodicals; and the archival documentation of the communist regime and its adversaries, the democratic opposition. Of particular note was the Hoover Institution's decision to have its curator for Eastern Europe, Maciej Siekierski, reside in Warsaw during 1991-1993. This greatly enhanced collecting in the area as he oversaw the acquisition and shipment of several tons of materials on Poland and Eastern Europe.