Scholars, family, and community members gather to reflect on Herbert Hoover’s food and medical relief operations during the 1921–23 famine in Soviet Russia and Ukraine. 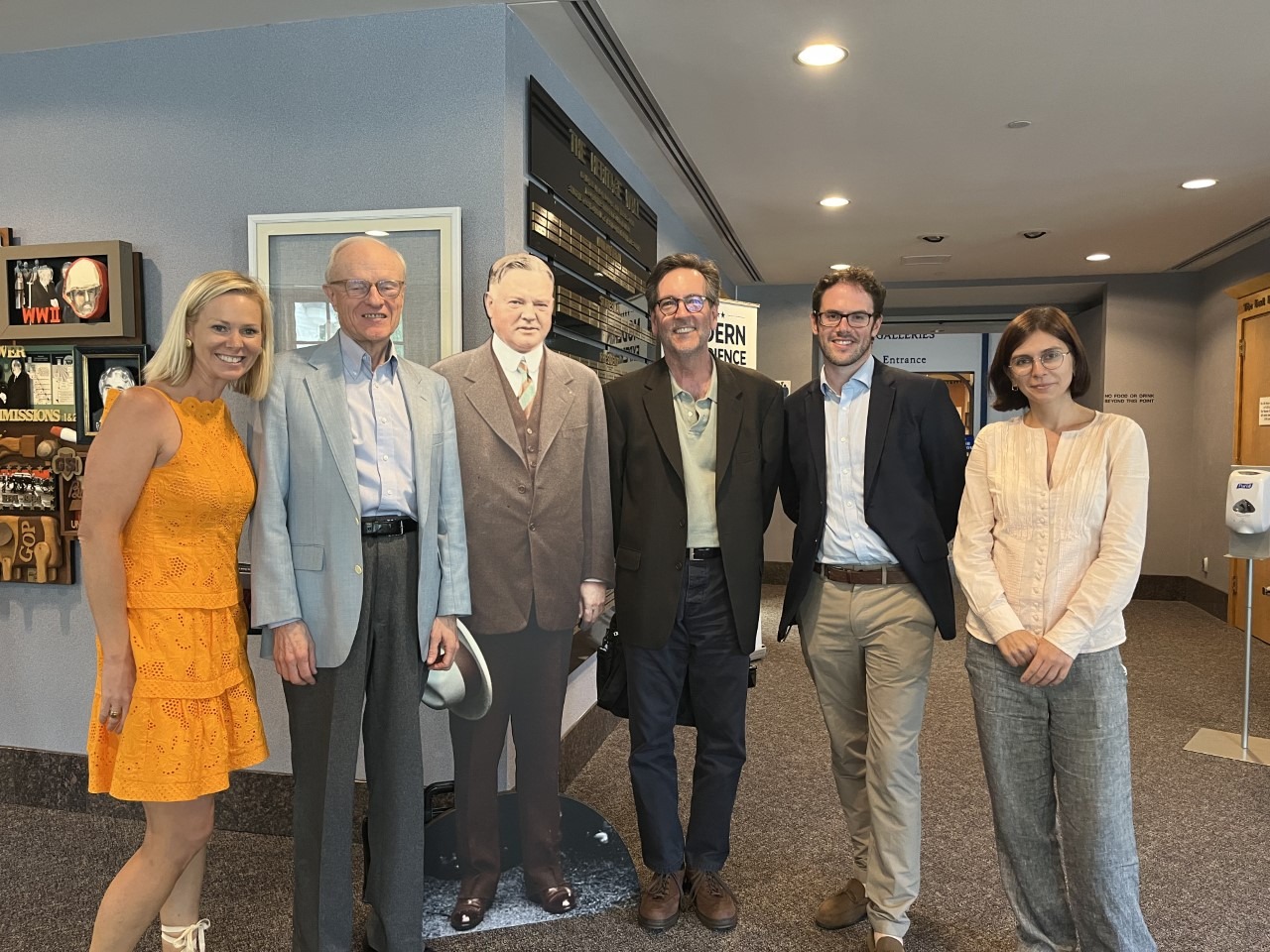 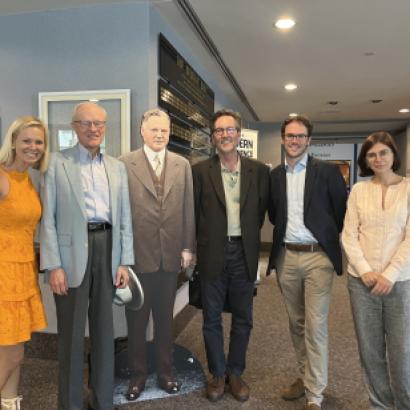 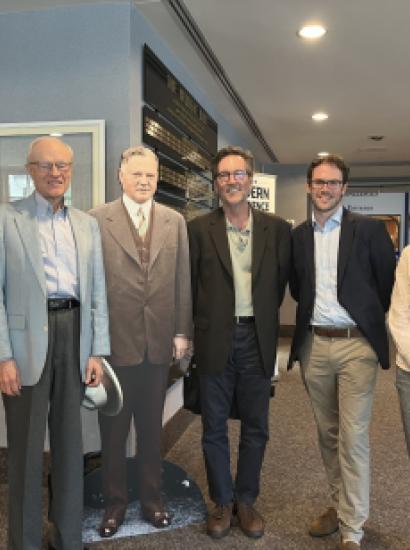 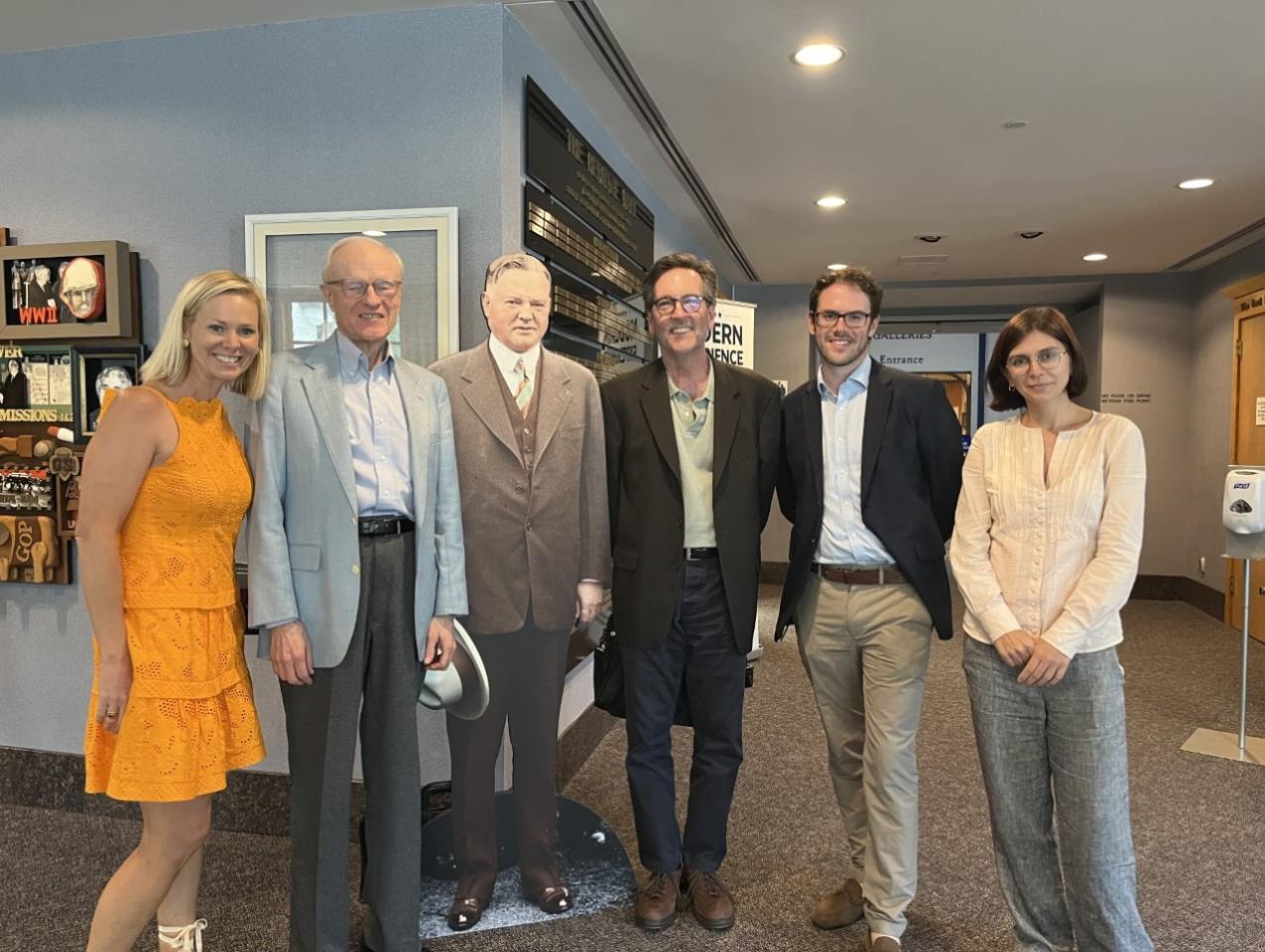 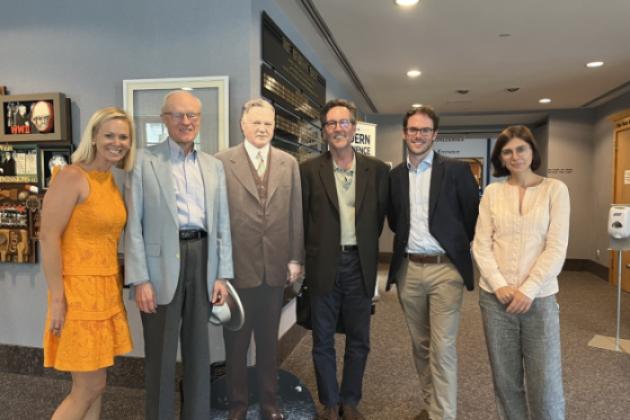 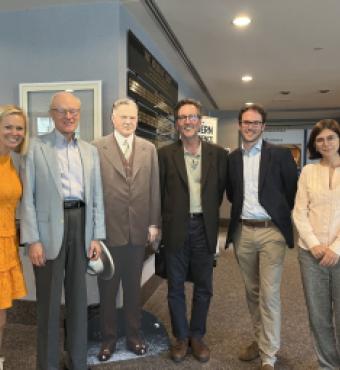 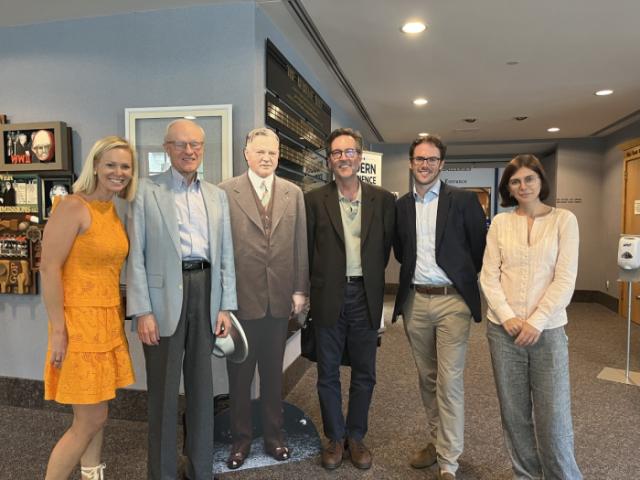 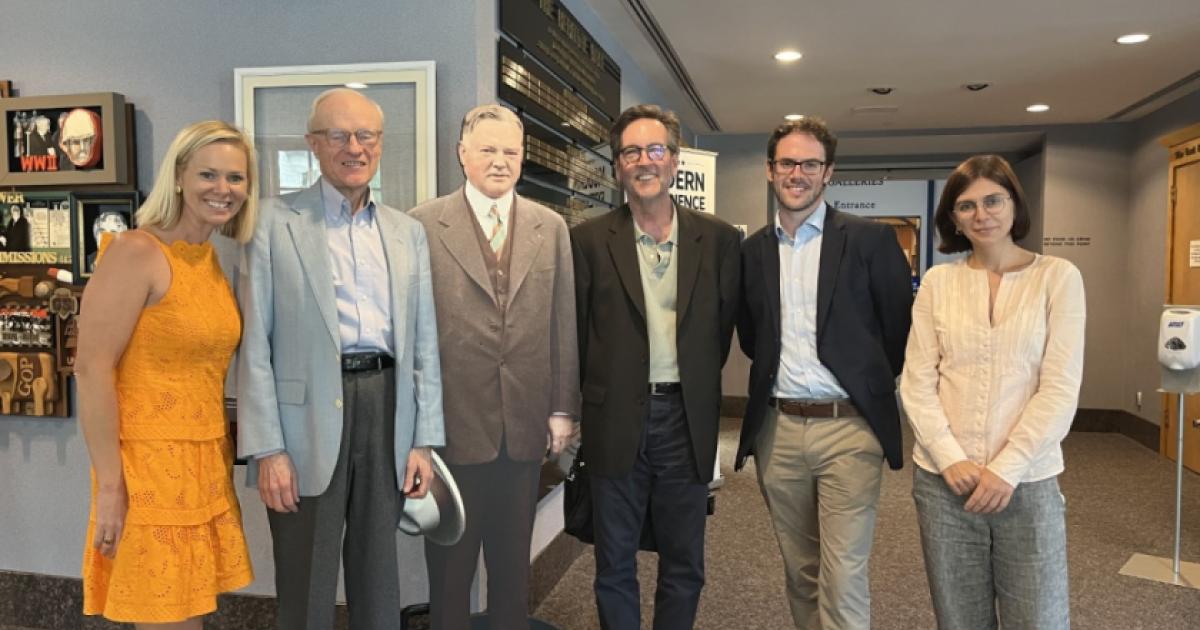 Every August, residents of Herbert Hoover’s hometown of West Branch, Iowa gather to celebrate the birthday of its most famous resident with music, food, rides, and the world championship tournament of Hoover Ball! Hoover Hometown Days also includes free admission to the Herbert Hoover Presidential Library and Museum. This year, a number of programs were added to commemorate Hoover’s humanitarian efforts and the centennial of his food and medical relief efforts in Soviet Russia and Ukraine.

On August 5-6, a special symposium, America’s Famine Relief Mission to Soviet Russia: A Centennial Symposium, was held at the Herbert Hoover Presidential Library and Museum to mark the occasion of Hoover’s American Relief Administration’s (ARA) relief work during the 1921–23 famine.  In attendance was Hoover Research Fellow Bertrand Patenaude who’s presentation “‘Hoover Must Be Punished’: The Politics and Legacy of America’s Errand of Mercy” revealed how Lenin's initial suspicions about Hoover’s motives soon eased, but that once the relief mission ended, Stalin and his Kremlin successors alleged that the purpose of Hoover's ARA in Soviet Russia had been espionage under the cover of philanthropy. 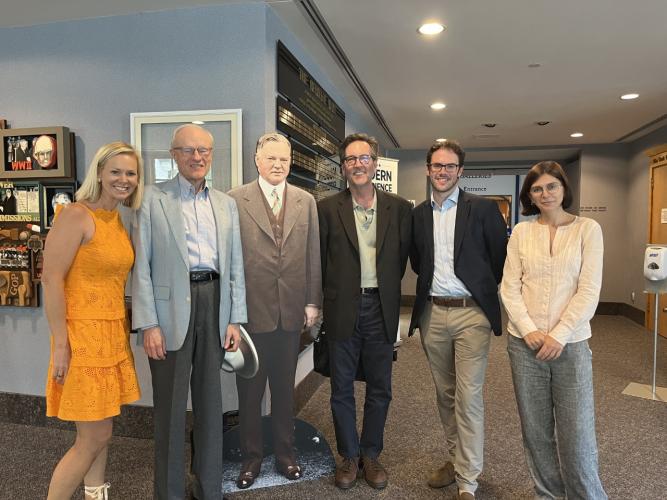 Other symposium panelists, in order of appearance, included historian and Hoover biographer George H. Nash (“Herbert Hoover and Russia”); Olga Ovcharskaia, a Stanford University PhD student in Slavic Languages and Literature (“The Gift of Corn: American Humanitarian Aid to Russia in the Famine of 1891–1982”); and Charlie Laderman, Senior Lecturer in International History at King’s College London and a Visiting Research Fellow (2021–2022) at the Hoover Institution (“Food as a Weapon? American Relief to Europe and the Rising Tide of Bolshevism, 1919–1921”).

Patenaude was guest curator for the Hoover Presidential Library and Museum’s newest exhibition, Deliverance: America and the Famine in Soviet Russia, 1921–1923 which highlights Herbert Hoover, the ARA, and the individuals who helped feed millions of people. The exhibition was based in large part on photographs, posters, and documents from the Hoover Institution Library & Archives and features reproductions of many items digitized from the ARA Russian Operation Records, Frederick Dorsey Stephens Papers, and the Poster Collection.

A companion exhibition organized by the Hoover Institution Library & Archives and also guest curated by Patenaude will open in Hoover Tower on September 19, 2022. Bread + Medicine: Saving Lives in a Time of Famine will showcase the medical relief operations of the ARA in Soviet Russia and Ukraine during the famine. While food saved many lives, the ARA’s medical relief proved to be equally critical to the mission’s success. Through photographs and archival material, visitors will discover the medical plight of those suffering from starvation and meet the American doctors and local medical teams who worked together to prevent a potentially devastating spread of disease. For more information please visit the Hoover Institution Library & Archives Exhibitions web page.