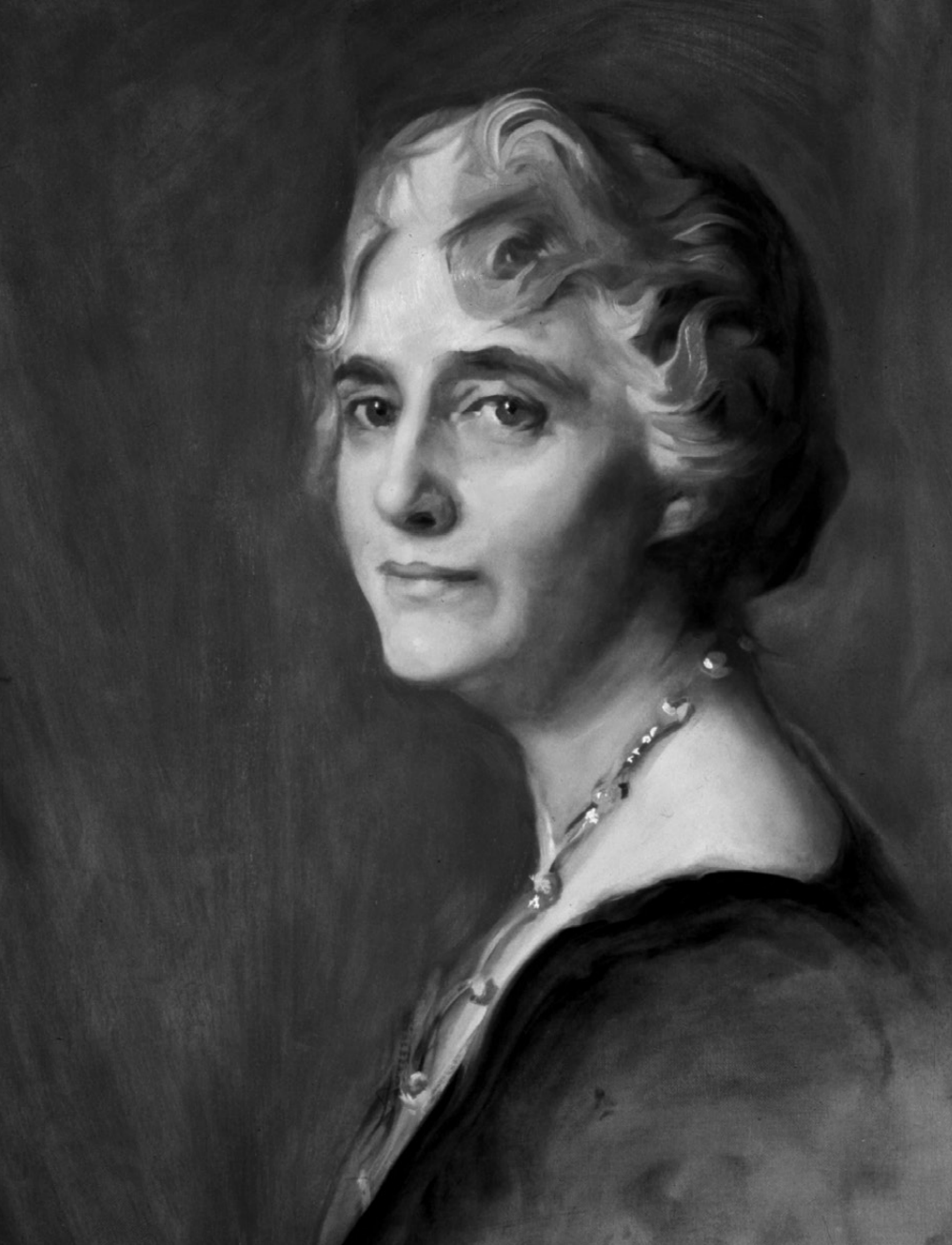 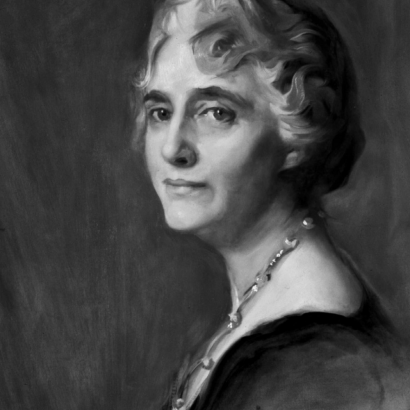 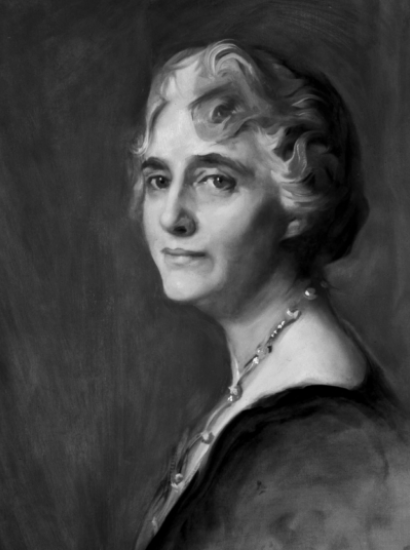 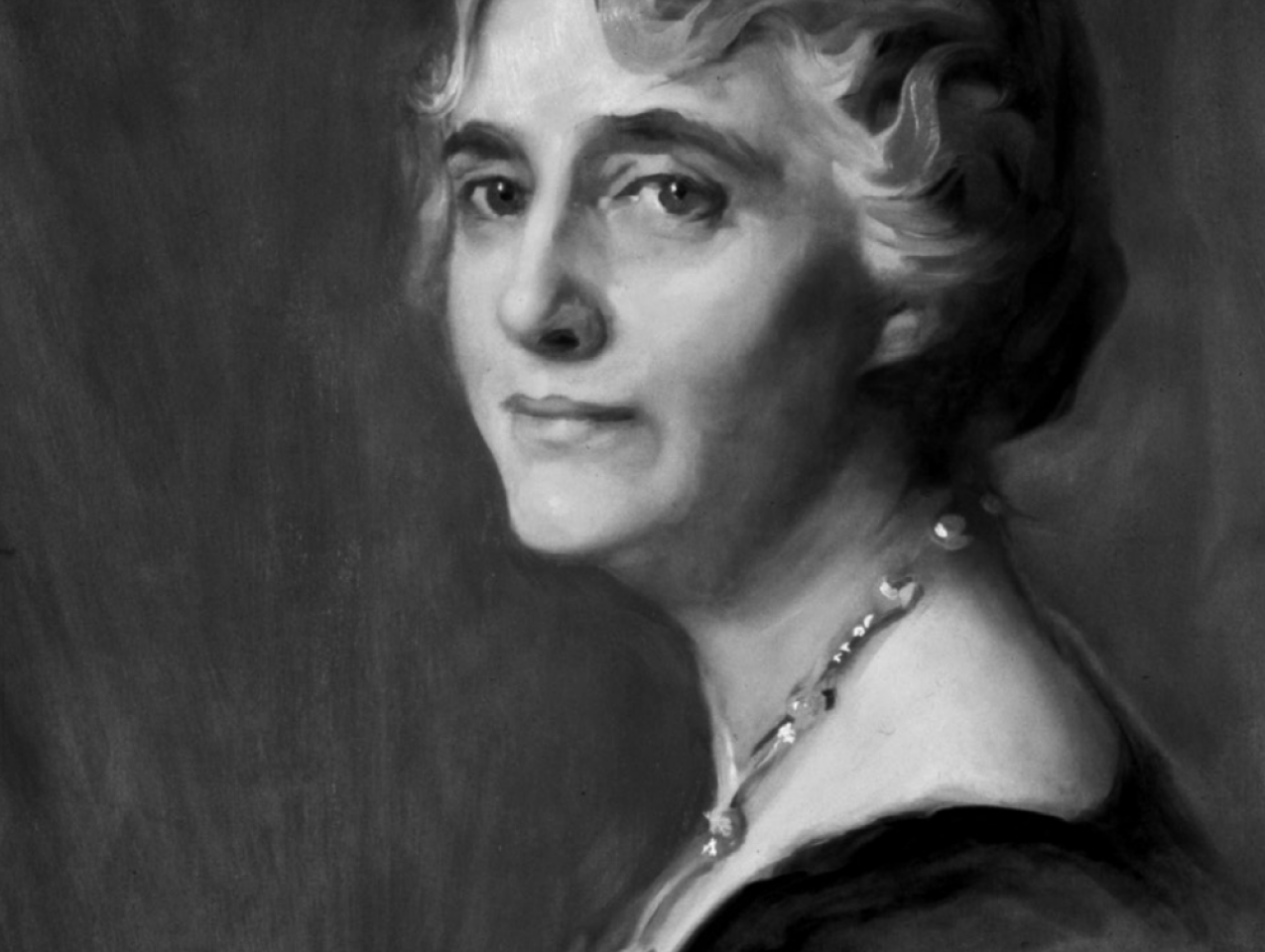 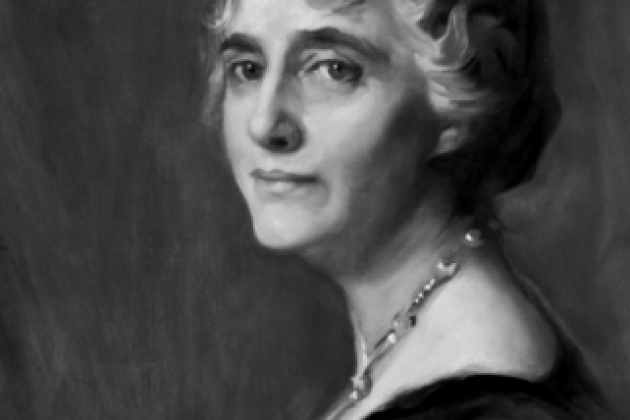 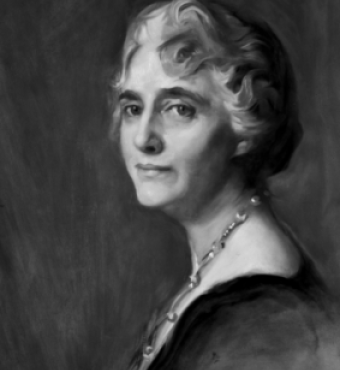 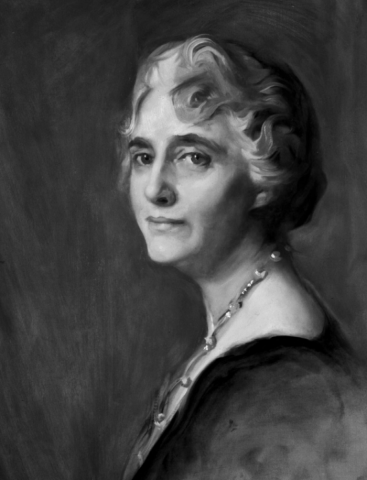 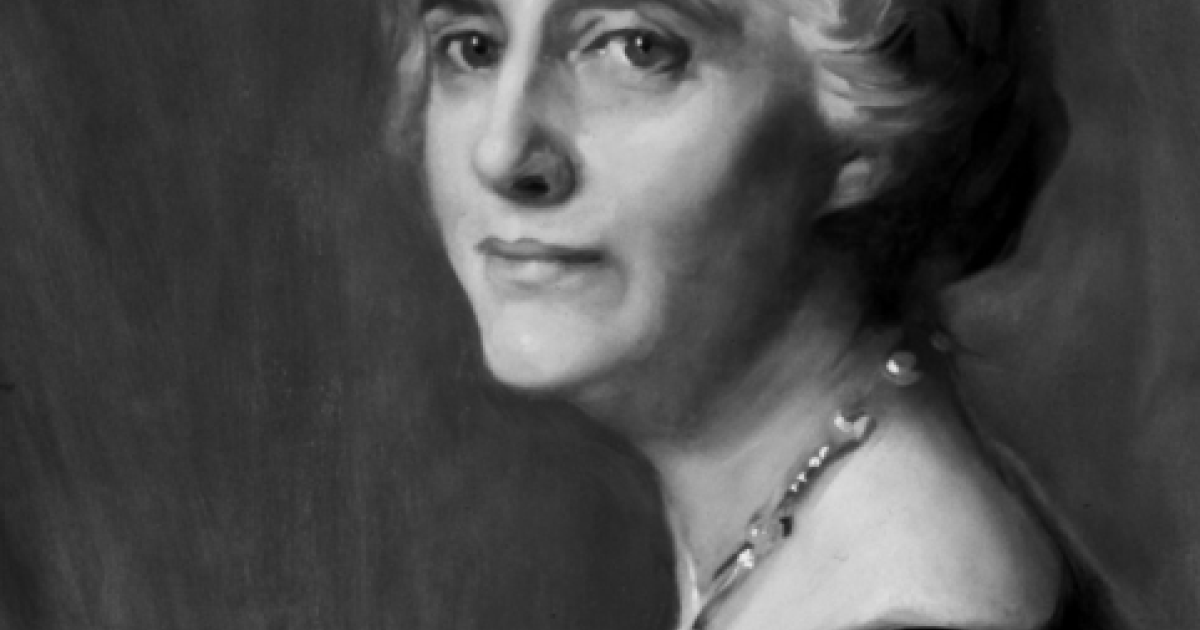 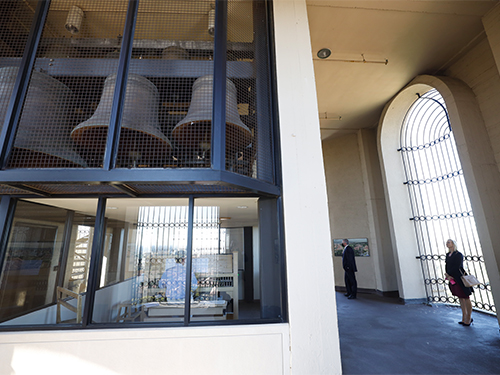 During the Hoover Institution 2021 fall retreat, the Hoover Tower Observation Deck and Carillon were renamed in memory of Lou Henry Hoover (Stanford University, 1898). At the retreat, Stanford's carillonneur Timothy Zerlang performed a concert at the top of the tower. Also pictured here is Herbert and Lou Henry's great granddaughter, Margaret Hoover. (Eric Draper, 2021)

The dedication ceremony took place during the Hoover Institution’s 2021 fall retreat, on Friday, October 29, before a crowd of more than two hundred supporters and overseers, including Herbert and Lou Henry’s great-granddaughter Margaret Hoover and great-grandson Allan Hoover. The ceremony featured opening remarks by Hoover Institution director Condoleezza Rice and a lecture by Elena Danielson, former director of the Hoover Library & Archives and author of For Peace Alone Do I Ring, a history of the Hoover Tower carillon, which has been reprinted as a new edition with a foreword by Rice. Following Danielson’s talk, a carillon concert was performed in the tower by Timothy Zerlang, Stanford University’s carillonneur.

In her remarks, Danielson chronicled the remarkable life of Lou Henry. Graduating in Stanford’s class of 1898, Lou Henry was the first woman to earn a degree in geology from the university. A year after graduation, she married schoolmate Herbert Hoover and went on to have a life of achievement. Danielson said that Lou Henry made a lasting contribution to the history of technology in 1912, when she translated, with her husband, George Agricola’s De re metallica. That year, the translation won the gold medal from the Mining and Metallurgical Society.

Danielson described how Lou Henry had talents in various other disciplines, including architectural design. That talent was fully on display when she built her family’s residence on the Stanford campus in 1920. Today, the “Lou Henry Hoover House” is a national historic landmark, and the home of Stanford University President Marc Tessier-Lavigne.

Danielson discussed Lou Henry’s unremitting dedication to public service. Her two terms as Girl Scouts president were legendary, during which she grew the organization from a few dozen girls into a national network of nearly one million members. During the First World War, Lou Henry supported her husband in his work as chairman of the Commission for Relief in Belgium (CRB). She opened the CRB branch in California and helped organize food shipments to the embattled European country. On the home front, Lou Henry inspired women to volunteer in the food conservation program to support the American war effort. 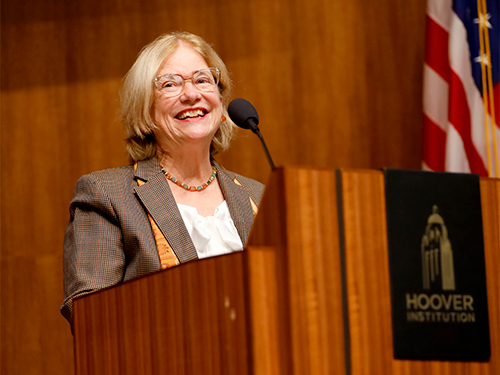 Former Hoover Library & Archives director Elena Danielson gave a lecture at the retreat about the life of Lou Henry Hoover and the history of the Carillon. She is the author of For Peace Alone Do I Ring: The History of the Lou Henry Hoover Carillon and Its Restoration. (Eric Draper, 2021)

Danielson also talked about Lou Henry’s lesser-known work as First Lady. She expanded musical performances at the White House, which included establishing the tradition of concerts at state dinners. She was also progressive in her musical programming choices and recognized the diversity of the nation through invitations to choirs from historically Black colleges and to a musician of Native American origin.

Lou Henry Hoover’s experience as First Lady proved influential in the growth of music as an educational discipline at her alma mater. She used her extensive contacts from the White House years to fund and organize concerts on the Stanford campus, so that the public could enjoy listening to talented and popular musicians from the era, free of charge.

In 1941, seven years after Herbert and Lou Henry left the White House, Stanford celebrated its golden jubilee. As part of the celebrations, the 285-foot Hoover Tower was dedicated that June. The tower’s original purpose was to house the rapidly growing archive of historical documentation on the causes and consequences of political conflict that the Hoovers began assembling after World War I.

The original thirty-five of the forty-eight total carillon bells at the top of the Hoover Tower were a feature of the Belgium pavilion at the 1939–40 world’s fair in New York. As Danielson explains in the book and in her remarks, carillon bells, since medieval times, have represented civic virtue and liberty in European communities. Their presence in the tower were especially symbolic because of Herbert and Lou Henry’s relief efforts to the Belgian people, who were afflicted by famine, death, and destruction from the First World War.

“Given Hoover’s work to rescue starving Belgians during the German occupation of World War I, a project Lou wholeheartedly assisted, the connection to Belgium resonated with both of them,” Danielson said in her remarks. “As they had traveled through Europe, especially in Belgium, Lou Henry and Herbert Hoover often heard carillons and bells ringing from church towers and guild halls, as a symbol of community cohesion.”

Danielson described how the largest bell, the bourdon, had particular significance, especially as World War II was raging in Europe during the early 1940s. The bell’s inscription reads, in Latin, “Una pro pace sono.” Translated: “For Peace Alone Do I Ring.”

Condoleezza Rice wrote in her foreword to Danielson’s book that the carillon serves not only as a tribute to the Hoover’s legacy in Belgium but also, through its musical expression, to the very ideals of the Institution, which were embodied by the lives led—and principles held—by Herbert and Lou Henry.

“When those carillon bells chime again at the top of the tower, we can fondly remember [Lou Henry Hoover’s] service to the nation and resolve to follow in her path by providing comfort to people afflicted by conflict throughout the world and in answering the bell’s noble call for peace,” Rice wrote.

The Herbert Hoover Foundation in West Branch, Iowa, made a generous endowment gift in support of scholarships and teaching funds at Stanford University’s Department of Music, which will expand the training of students on the Lou Henry Hoover Carillon. The Hoover Institution will also be using a portion of these contributions for maintenance of the carillon.

Click here to read For Peace Alone Do I Ring: The History of the Lou Henry Hoover Carillon and Its Restoration.