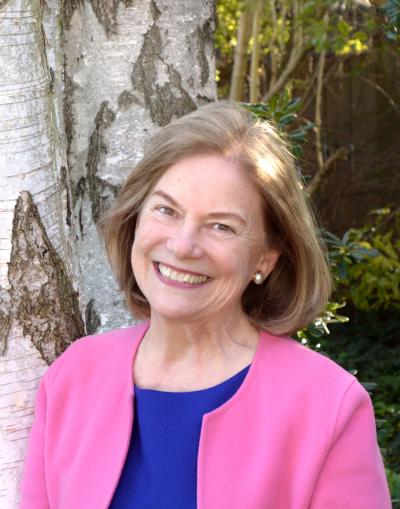 After joining the nationally renowned Hoover Institution Archives in 1978, Danielson began working in technical services, then reference, outreach, and finally collection development. She was named archivist in 1997. She also served as curator of the Institution's West European Collection. With more than sixty million items, the Hoover archival collections constitute one of the world's largest repositories of materials on twentieth-century social, economic, and political change. The collections are organized into seven areas: Africa, the Americas, East Asia, East Central Europe, the Middle East, Russia/Commonwealth of Independent States, and Western Europe.

Danielson organized the acquisition of several hundred archival collections on a variety of subjects, including Romanov family letters, the papers of Soviet dissident Andrei Siniavsky, files of the Berlin organization Notgemeinschaft für eine freie Universität, and oral history interviews with German public figures. According to Danielson, "The goal is to anticipate research trends in all areas of the social sciences and assure the acquisition of the complete record for the use of our researchers."

Danielson wrote and published extensively on the collecting activities under way at the Institution. She wrote for a number of academic and archival publications, such as Slavic Review, Vestnik Arkhivista, and American Archivist, and delivered papers on the holdings of the archives at conferences in Bulgaria, Germany, Poland, Romania, and Russia. She was a regular contributor to the Hoover Digest.

Her publications include "Privacy Rights and the Rights of Political Victims: Implications of the German Experience," a chapter in the volume on privacy issues published by the Society of American Archivists (2004); "Nina Berberova and the Hoover Institution," a paper prepared for the conference "Colloque Nina Berberova Nina Berberova at 100," in Arles, France, in October 2001; "Report on the Archives of Radio Free Europe in the Hoover Institution," a paper delivered at the conference "Dokumentacja archiwalna dotyczaca Rozglosni Polskiej RWE w zbiorach instytucji krajowych I zagranicznych," sponsored by the Polish State Archives, in Warsaw (June 2001); "Bulgarian World War II Documentation in the Hoover Institution," a paper delivered at the conference "Second World War and the Balkans," sponsored by the Military Academy G. S. Rakovski, in Sofia, Bulgaria (June 2001); "The Stasi Archives," a presentation for the American Library Association's annual meeting in San Francisco (June 2001); and "Documenting Romania's Long Struggle," for the Hoover Digest, no. 1 (2001).

In 2004, Danielson was awarded the National Order of Merit (rank of commander) of Romania. She was awarded the medal for her "important role in the preservation and development of the extensive Romanian collections of the Hoover Archives, for her special support to Romanian researchers, and for donating copies of I. G. Duca's and Nicolae Titulescu's archival collections to Romanian cultural institutions." In 2001, Danielson received the Laurel Award of the Polish Prime Minister for her work with the Polish State Archives.

In 2005, Danielson was recognized by Stanford University for her 27 years of distinguished service and appointed Hoover Institution Archivist, Emerita.

Danielson holds a Ph.D. and an A.M. degree in German studies from Stanford, a master's degree in library science and an undergraduate degree from the University of California, Berkeley. Her research was supported by Woodrow Wilson, Fulbright, and Whiting Fellowships.