Historiography Of The Pacific War: Past Accomplishments And Future Challenges

On the occasion of the 80th anniversary of the Pearl Harbor attack, the Hoover Institution Library & Archives invites you to a special online symposium as part of the Fanning the Flames Speaker Series. The “Historiography of the Pacific War: Past Accomplishments and Future Challenges" event is on Tuesday, December 7 at 3:00 pm PT. 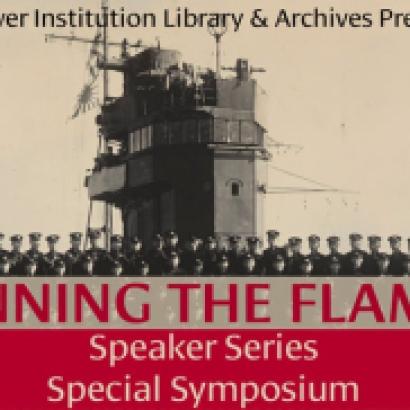 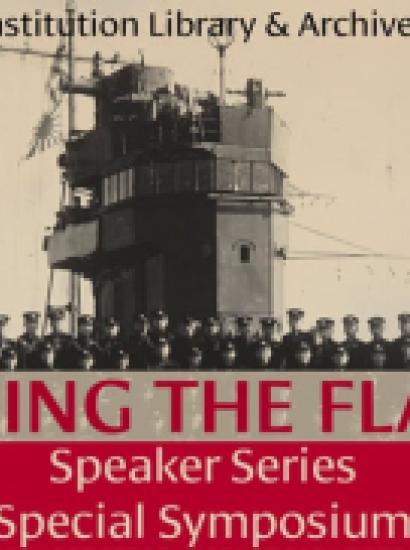 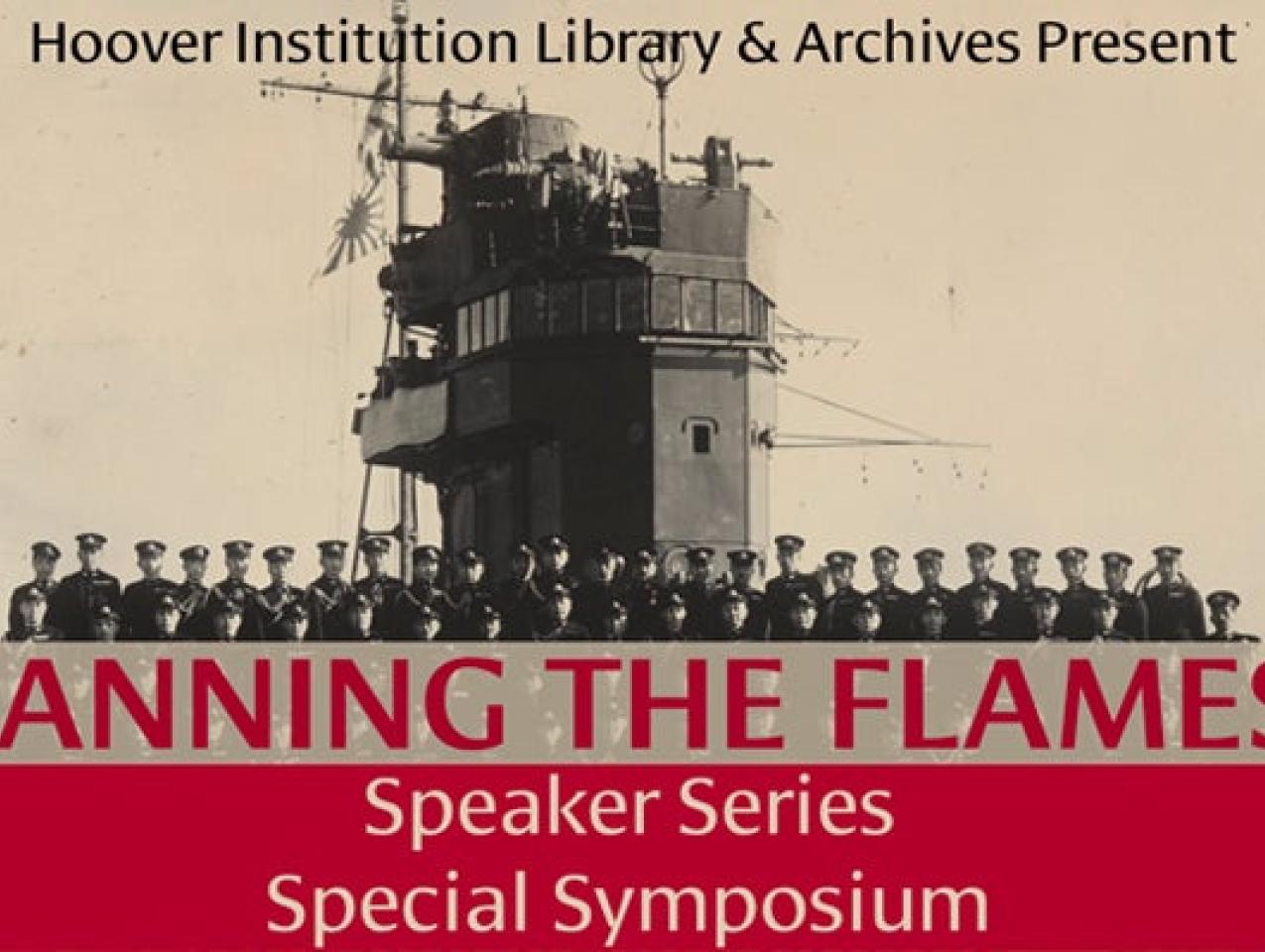 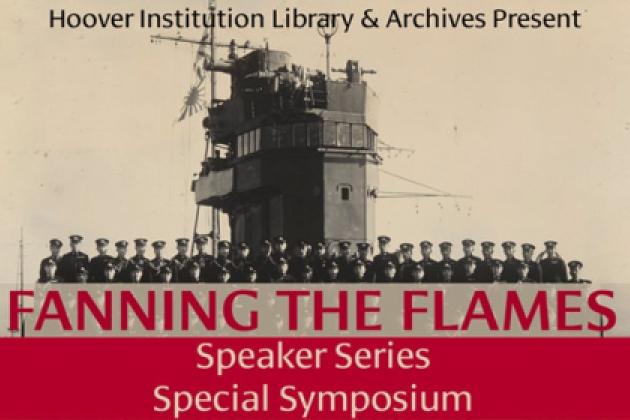 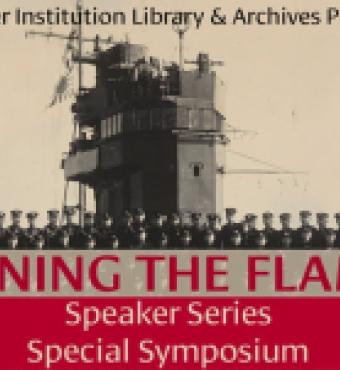 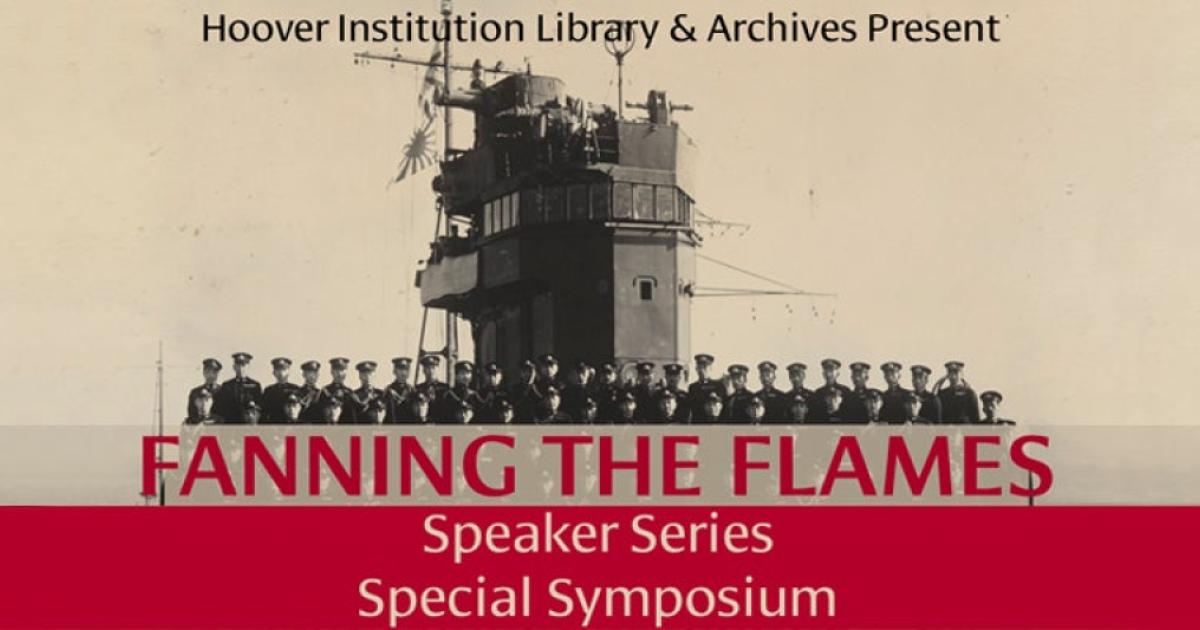 On the occasion of the 80th anniversary of the attack on Pearl Harbor, the Hoover Institution Library & Archives invites you to a special online symposium as part of the Fanning the Flames Speaker Series. The “Historiography of the Pacific War: Past Accomplishments and Future Challenges" event is on Tuesday, December 7 at 3:00 pm PT.

A panel of leading military historians of the Pacific War take a fresh look at research trends and accomplishments in the past seven decades and discuss new challenges and missions for the next generation of students and researchers of World War II in Asia and the Pacific.

This event also marks Hoover's recent acquisition of the Mitsuo Fuchida Papers, generously gifted by his family. Captain Fuchida, the lead bomber aviator in the first wave of the Pearl Harbor attack, also gained new prominence in the postwar period due, among other things, to the publication of Midway: The Battle that Doomed Japan, the Japanese Navy's Story (1955), a highly influential account of the Battle of Midway albeit with its strengths and flaws. Taking Fuchidaʻs legacy as the point of departure, this panel reflects upon the complex process of the trans-Pacific knowledge production and transfer concerning the Pacific War in the past eight decades and considers the future directions in researching World War II in Asia and the Pacific.

Richard B. Frank is an internationally renowned expert on the Pacific war. After graduating from the University of Missouri, he was commissioned in the US Army, in which he served for nearly four years, including a tour of duty in the Republic of Vietnam as an aero rifle platoon leader with the 101st Airborne Division. Frank completed studies at Georgetown University Law Center in Washington, DC and is the author of Downfall: The End of the Imperial Japanese Empire (Random House, 1999), which received the Harry S. Truman Book Award. He recently published, Tower of Skulls: A History of the Asia–Pacific War, Volume I: July 1937–May 1942 (W. W. Norton, Incorporated, 2021).

Jonathan Parshall is co-author (with Anthony Tully) of Shattered Sword: The Untold Story of the Battle of Midway. He is a lecturer for the U.S. Naval War College, and a frequent speaker for the Pearl Harbor Aviation Museum, National WWII Museum, the National Museum of the Pacific War, and others. He has been widely published in numerous historical journals and magazines, including the U.S. Naval War College Review, Naval History magazine, Naval Institute Proceedings, WWII magazine, Wartime (the magazine of the Australian War Memorial, the Northern Mariner, and others. Parshall has appeared on NetFlix, the BBC, the Smithsonian Channel, National Geographic Channel, Discovery Channel, History Channel, and the BBC. He is currently working on his second book, a history of the year 1942.

Ronald Spector (Ph.D, Yale) is Emeritus Professor of History and International Relations in the Elliott School of International Affairs, George Washington University. During his thirty years in the Elliott School he taught undergraduate and graduate courses with emphasis on twentieth century military developments and confrontations. He previously taught at the University of Alabama and at LSU and served as Director of Naval History in the U.S. Department of Defense. He is the author of five publications which include his best known books: Eagle Against the Sun: The American War With Japan, and After Tet: The Bloodiest Year in Vietnam; and his recent book, In the Ruins of Empire: The Japanese Surrender and the Battle for Postwar Asia.

Yuma Totani is a visiting fellow at the Hoover Institution and a historian of modern Japan and a researcher of post-WWII Allied war crimes trials in the Asia-Pacific region. She is a co-founder of the War Crimes Documentation Initiative (WCDI) at the University of Hawaiʻi at Mānoa, a digital humanities laboratory that develops innovative digital tools for promoting the teaching and research of WWII-era war crimes in the Asia-Pacific region. Her publications include The Tokyo War Crimes Trial: The Pursuit of Justice in the Wake of World War II (Harvard University Asia Center, 2008), Justice in Asia and the Pacific Region, 1945-1952: Allied War Crimes Prosecutions (Cambridge University Press, 2015), and The Tokyo War Crimes Tribunal: Law, History, and Jurisprudence (co-authored with David Cohen; Cambridge University Press, 2018). Her career mission is to undertake a series of multi-year research and book publications that help illuminate the conditions, circumstances, and consequences of Japanese war and war crimes, and assessing the implications of our historical knowledge of WWII for strengthening the principles of international justice, accountability, and the rule of law in the twenty-first century.