The Hoover Institution Archives is proud to announce its tenth annual Workshop on China and Russia, which will run from July 22 to August 3. 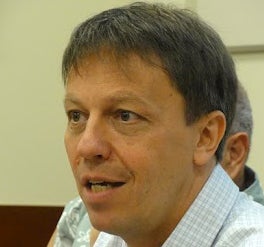 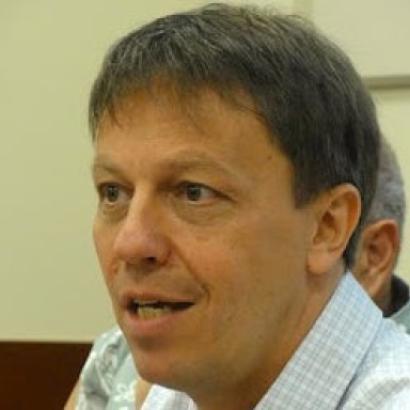 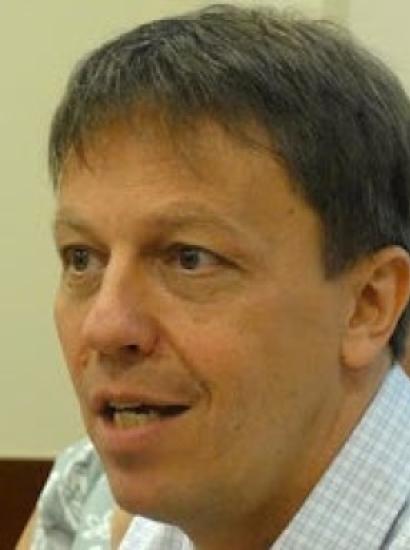 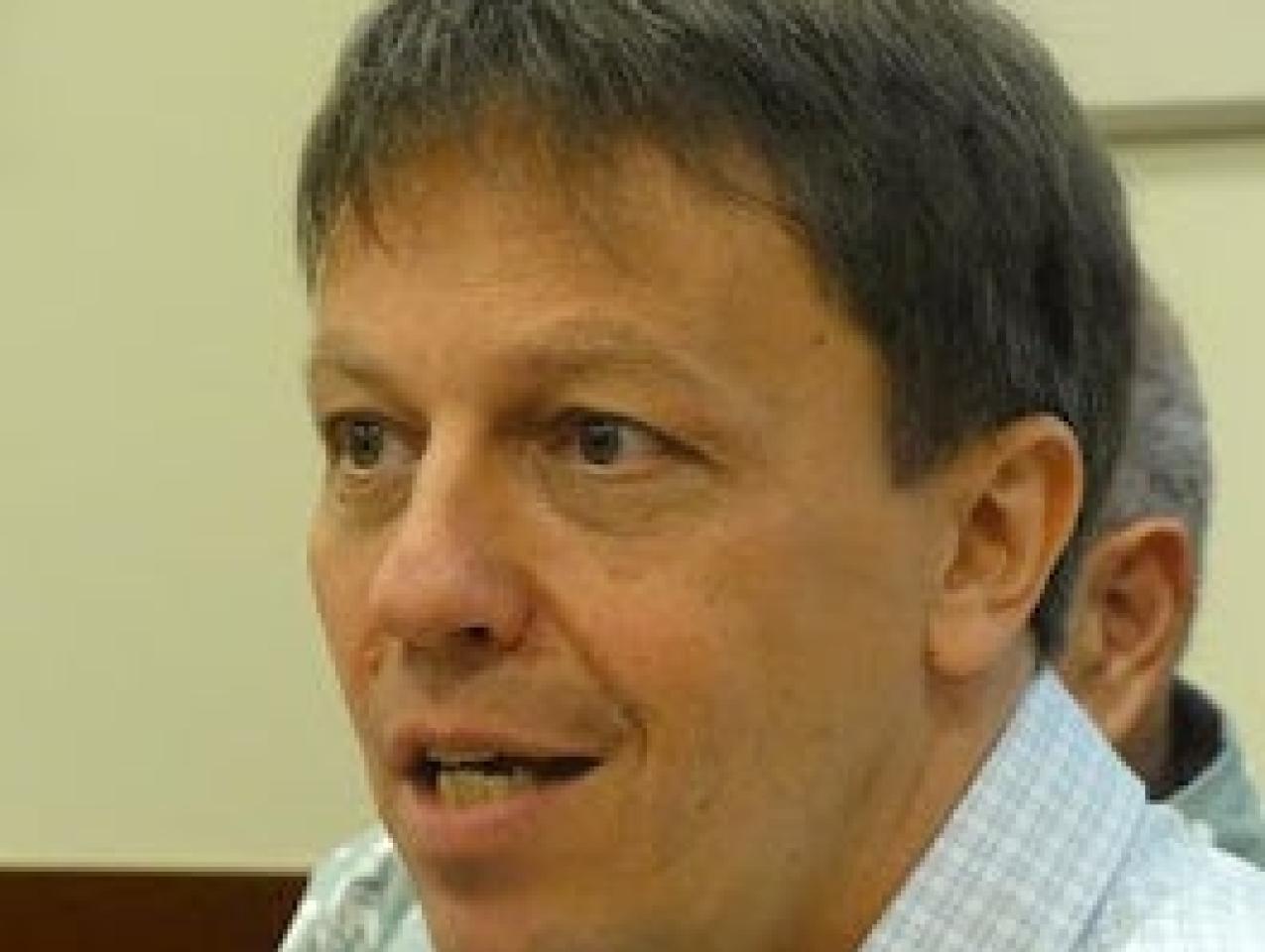 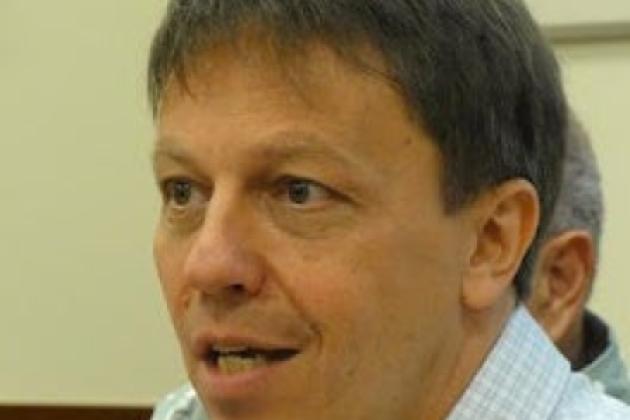 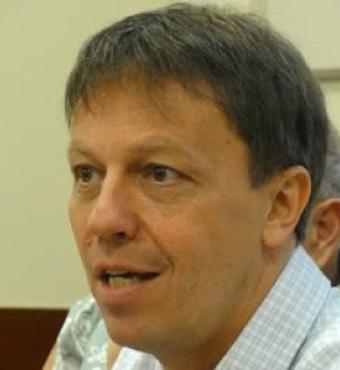 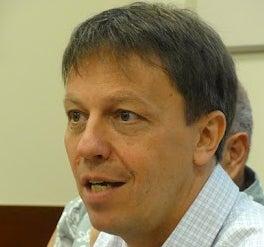 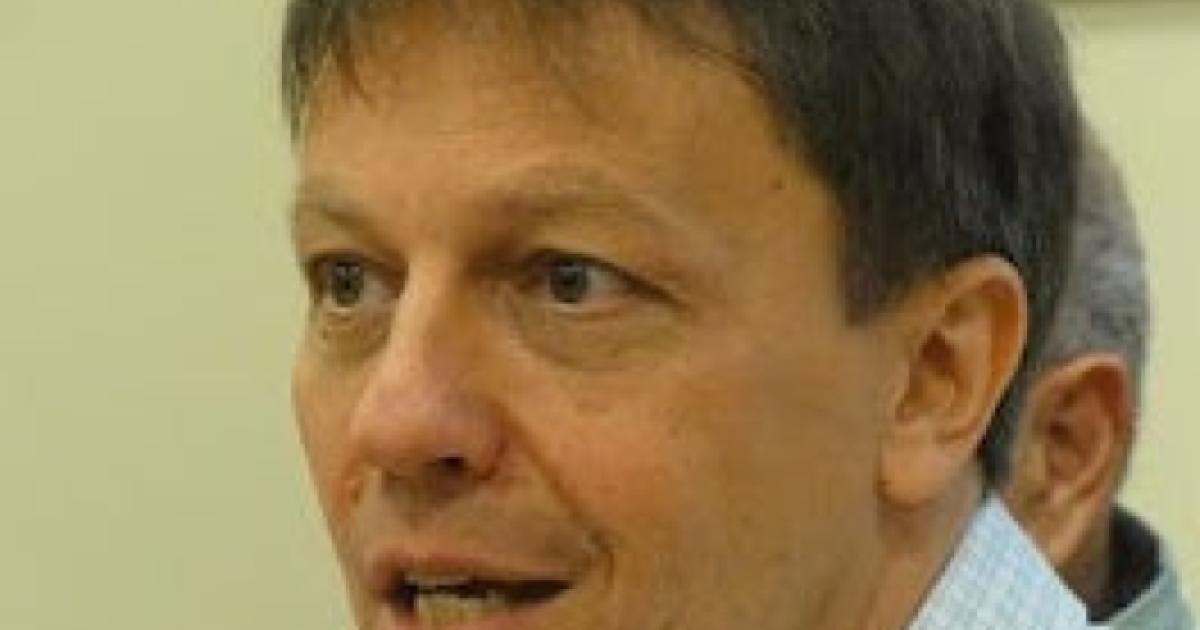 The Hoover Institution Archives is proud to announce its tenth annual Workshop on China and Russia, which will run from July 22 to August 3. The workshop has given more than one hundred visiting scholars the opportunity to study the Hoover Archives’ extensive collections on totalitarian regimes. This year will focus on the archives’ rich collections on China, Russia, and Iraq. We have invited fourteen experts from US and international universities and research centers, including researchers from the Ukrainian Archival Service, the Free University of Berlin, the French Centre National de la Recherche Scientifique, Harvard University, George Washington University, and the US Naval War College. The workshop thus brings invited guests together with Hoover fellows and Stanford faculty to conduct research in the Hoover Library and Archives and exchange ideas at lunchtime seminars. The Chinese KMT archives, the Archives of the Communist Party, and the recently acquired KGB archives and Ba’ath Party archives are among the archival sources that researchers will examine. Additionally, presentations by Robert Service and Amir Weiner will take place during the workshop.

The influence of the workshop extends well beyond the two weeks. For example, Mark Harrison and Andrei Markovich won the Russian National Prize for Applied Economics based on research done in the workshop, and a number of works emanating from the Ba’ath Party archives are now being published. Workshop participants have also contributed a substantial number of papers and books to the Hoover Digest, Policy Review, Hoover Press, and the Yale-Hoover series on Stalin, Stalinism, and Cold War.

Golfo Alexopoulos is an associate professor in History at the University of South Florida. She received her PhD in Russian and Soviet History from the University of Chicago. Alexopoulos recently received a prestigious yearlong National Endowment for the Humanities Fellowship to support the completion of her book, A Gulag History: The Violence of Everyday Life. Based largely upon recently declassified Gulag archival documents, the work examines everyday life and practices in the Stalinist camps. At Hoover, she will continue her research using the Gulag archive collection and other private collections.

John Barber is a Fellow in Politics at King's College, Cambridge University, where he also serves as Lay Dean. He is the author of Soviet Historians in Crisis, 1928-1932 (Macmillan, 1981), co-author (with Mark Harrison) of The Soviet Home Front, 1941-1945: A Social and Economic History of the USSR in World War II (Longman, 1991), co-editor of The Soviet Defence-Industry Complex from Stalin to Khrushchev (Macmillan, 2000), and co-editor of Life and Death in Besieged Leningrad, 1941-44 (Palgrave, 2005). At Hoover he plans to use the Soviet collections for research on the Leningrad Affair.

Julia Choucair Vizoso is a PhD candidate in political science at Yale University. She is also editor-in-chief of the online journal Sada, published by the Carnegie Endowment for International Peace. Her research interests include Middle Eastern politics, authoritarianism, and identity politics. Her dissertation seeks to explain patterns of ethnic exclusion in authoritarian coalitions and institutions. She will use the Ba'ath Party Archives to study authoritarian coalition building and the use of tribal identity and networks under Saddam Hussein's regime.

Catherine Gousseff is a researcher at the Centre National de la Recherche Scientifique and is affiliated with the Marc Bloch Center (French-German Center for Social Sciences Research). She is currently a research fellow at the Centre d'Etudes des Mondes Russe, Caucasien et Centre-Européen (Center for Studies of Russian, Caucasian and East European Societies) and the Institut d'Histoiore du temps present (Contemporary History Institute). She received her PhD from Ecole des Hautes Etudes en Sciences Sociales in 1996. She has taught both graduate and undergraduate courses at a variety of universities around Europe and has published several books on European history. Currently, she is finishing a book on population exchange between Poland and the Soviet Union at the end of and during the aftermath of World War I. At Hoover, she plans to use the Hoover Polish collections to do research for her book.

Alex Hazanov is a Ph.D. candidate in history at the University of Pennsylvania. He will conduct research on the techniques the Soviet state used to control the flow of foreign traffic and contain the socio-political impact of contacts between foreigners and Soviet citizens. He will use Fond 89 and the microfilm holdings of the Lithuanian KGB archive, especially the records of its counter-intelligence department.

Dina Khoury is an associate professor of History and International Affairs at George Washington University. She received her PhD in Middle East history from Georgetown University. She is currently working on a book, War and Remembrance in Iraq, which is being funded by the American Council of Learned Societies, the Social Science American Council of Learned Societies, the National Endowment of the Humanities, and the John Simon Guggenheim Fellowship. Her book looks at the methods in which the Iraqi government under the Ba'ath regime tried to mobilize its citizenry and soldiers to support war efforts during the 1980s and 1990s. At Hoover, she will do research in the Hoover Ba'ath Party Archive.

Mark Kramer is Director of the Cold War Studies Program at Harvard University and a Senior Fellow of Harvard's Davis Center for Russian and Eurasian Studies. He has taught at Harvard, Yale, and Brown Universities and was formerly an Academy Scholar in Harvard's Academy of International and Area Studies and a Rhodes Scholar at Oxford University. Professor Kramer is the author of Crisis in Czechoslovakia, 1968: The Prague Spring and the Soviet Invasion; Soldier and State in Poland: Civil-Military Relations and Institutional Change After Communism; and three forthcoming books, Crisis in the Communist World, 1956: De-Stalinization, the Soviet Union, and Upheavals in Poland and Hungary (to be published in 2008); The Collapse of the Soviet Union (to be published in 2008); and Income Distribution and Social Transfer Policies in the Post-Communist Transition: Changing Patterns of Inequality (to be published in 2009). He is completing a book titled From Dominance to Hegemony to Collapse: Soviet Policy in East-Central Europe, 1945-1991, which, like his earlier books on the Soviet bloc, draws heavily on new archival sources from the former Communist world. Professor Kramer has worked extensively in newly opened archives in Russia, Germany, Poland, the Czech Republic, Slovakia, Hungary, Bulgaria, Ukraine, Lithuania, Latvia, and several Western countries.

Klaus Mühlhahn is Professor of Chinese History and Culture at the Free University of Berlin. He is interested in Chinese legal history in the modern period, and the history of imperialism and Sino-Western exchanges in the twentieth century. His most recent publications include: Criminal Justice in China – A History, winner of the American Historical Association’s Fairbank Prize for 2009; "The concentration camp in global historical perspective" [History Compass 8(6)]; "'Friendly pressure': law and the individual in modern China" in Mette Halskov Hansen and Rune Svarverud (eds) iChina – The Rise of the Individual in Modern Chinese Society; and "National studies and global entanglements: the re-envisioning of China in the early 20th century” in Vanessa Kuennemann and Ruth Mayer (eds) Transpacific Interaction: The United States and China, 1880–1950.

Sarah C. M. Paine is Professor of Strategy and Policy at the U.S. Naval War college. She earned degrees from Harvard (B.A. Latin American Studies), Columbia (M.I.A. School for International and Public Affairs, Ph.D. history), and Middlebury (M.A. Russian) and studied in year-long language programs twice in Taiwan and once in Japan. Publications include Nation Building, State Building, and Economic Development (M. E. Sharpe, 2010), The Sino-Japanese War of 1894-1895 (Cambridge, 2003), and Imperial Rivals: China, Russia, and Their Disputed Frontier (M. E. Sharpe, 1996), Jelavich prize 1997. Her research project at Hoover is: Russian Strategy in North China in the 1930s: Fears of a Two-Front War, which will require the use of the Hoover Institution archives, particularly the Archives of the Soviet Communist Party, the Guomindang Archives, and the Chiang Kai-shek diaries to investigate the Russian reaction to Japanese aggression in China and the extent to which Russia funded or otherwise aided various Chinese factions.

A Moscow correspondent of the Financial Times from 1976-82, Mr. Satter is the author of three books about Russia. His most recent book is It Was a Long Time Ago and It Never Happened Anyway: Russia and the Communist Past, which was released in December by the Yale University Press. His two previous books are Age of Delirium: the Decline and Fall of the Soviet Union (Knopf, 1996; paperback, Yale) and Darkness at Dawn: the Rise of the Russian Criminal State (Yale, 2003). His books have been translated into Russian, Estonian, Latvian, Czech, Portuguese, and Vietnamese. His first book, Age of Delirium has been made into a documentary film which premiered in Washington on December 24, 2011 and in Moscow on February 27, 2012.

Julia Sittman is a PhD Candidate in History at the George Washington University focusing on the social history of Iraq. Her research has been funded by the Fonds Québécois sur la Recherche et la Culture (FQRSC), the Cosmos Club, and the Kylan Jones-Huffmann Memorial Fund. Her dissertation, on students in Iraq (1968-2003), uses young people as lens through which to investigate the larger structures of coercion and rewards within the Ba'thist state. At Hoover, she will use the Ba'th Party Archives to continue her research into government-run student organizations, as well as the role of the state in the daily lives of Iraqi students, at home and abroad.

Fabian Thunemann is a PhD candidate at the Humboldt University in Berlin and is currently visiting Stanford University to conduct research at the Hoover Institution. In his work, Fabian is combining Philosophy, Political Theory and History and is writing a PhD on political conspiracy and Stalinism in the 1930s. Specifically, Fabian is focusing on the political practices of the Stalinist leadership against conspiracies of real or imagined enemies to overthrow Soviet leadership. Having done extensive archival research in Moscow, Fabian was awarded a research grant from the German Academic Exchange Service to deepen his research at the Hoover Institution.

Volodymyr Viatrovych is a Ukrainian historian, a scholar of the Ukraine's twentieth century liberation movements. As the director of the archives of Ukraine's Security Service he led the process of declassification of the Soviet-era secret KGB archives and facilitation of their public access. Dr. Viatrovych is the founder of the Center for Research on the Liberation Movement (Ukrainian acronym - CDVR) www.cdvr.org.ua, a NGO that studies various aspects of the Ukrainian twentieth century liberation movements. His major academic publications include monographs on the Ukrainian Insurgent Army (Ukrainian acronym - UPA) "Reidy UPA terenamy Chekhoslovachchyny" ("UPA raids across Czechoslovakia", 2001), "Stavlennya OUN do yevreiv. Formuvannya pozytsii na tli katrastrofy" ("Ukrainian Nationalists Organization Attitudes towards Jews: Stance Articulation against the Backdrop of a Catastrophe", 2006), and "Druha polsko-ukrainska viina. 1942-1947" ("The Second Polish–Ukrainian War, 1942-1947", 2011). Dr. Viatrovych is also a co-author "Pravo na pravdu. Praktychnyi poradnyk iz dostupu do arkhyviv" ("The Right to Truth: A Practical Guide to Accessing Archives", 2012).

Inga Zaksauskiene currently works at the Lithuanian High School in Moscow. She received her Master's degree in European Studies from Vilnius University in 2008. She co-authored a book The Occupation Army in Lithuania in 2007, which analyzed Soviet occupation in Lithuanian territory. At Hoover, she will use the Radio Liberty and Voice of America collections for her research and dissertation on Western radio broadcasts to the Baltic States.