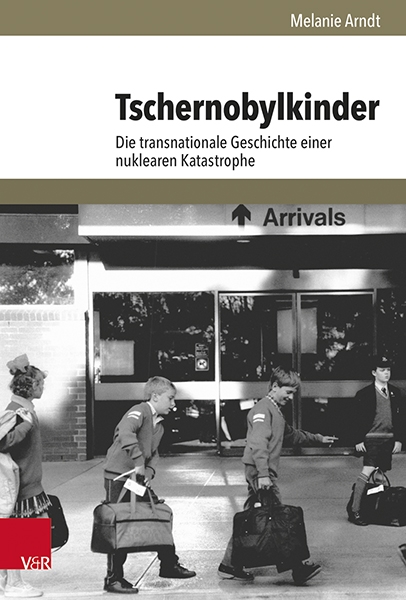 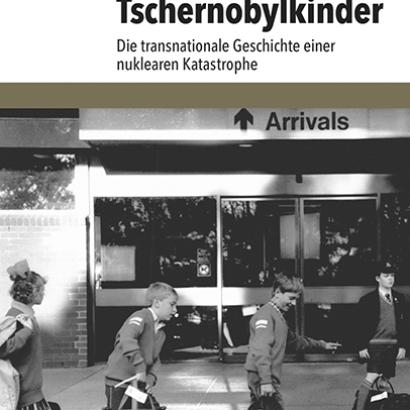 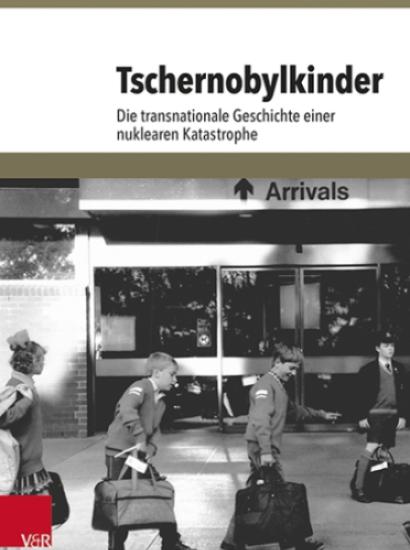 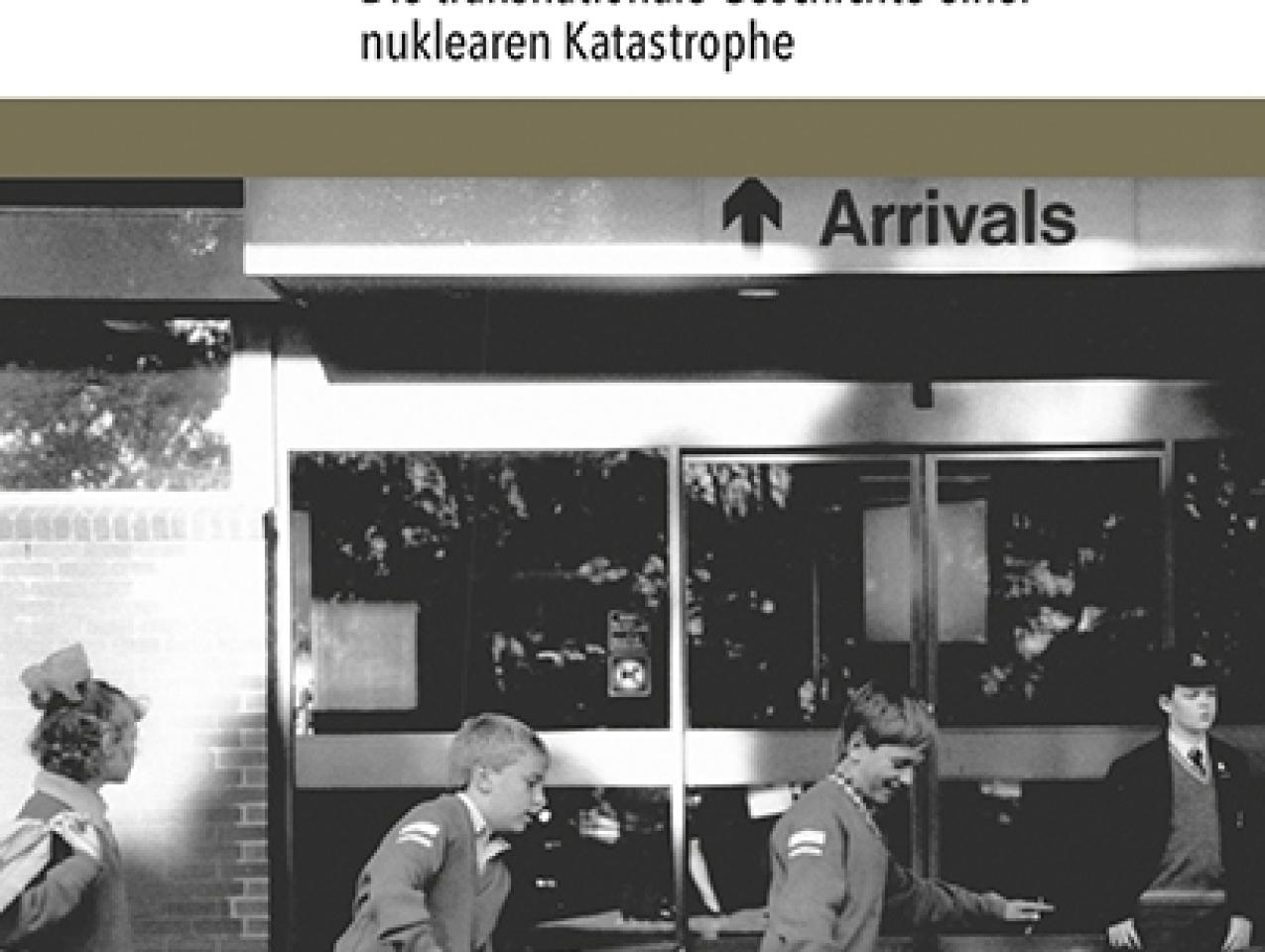 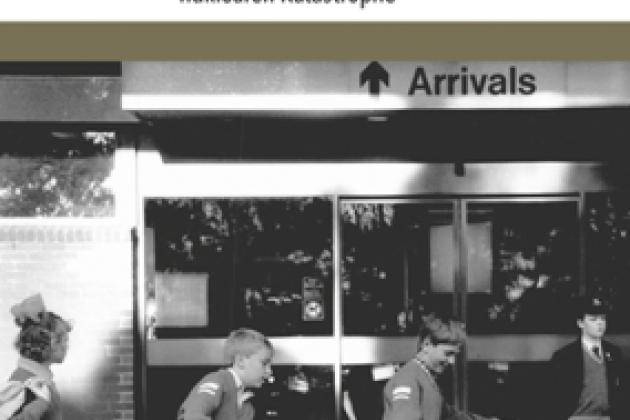 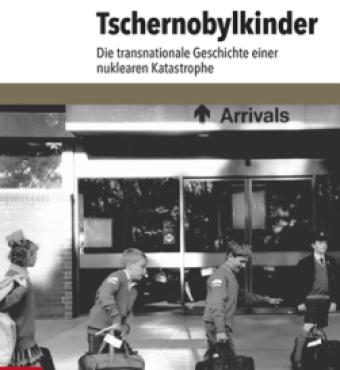 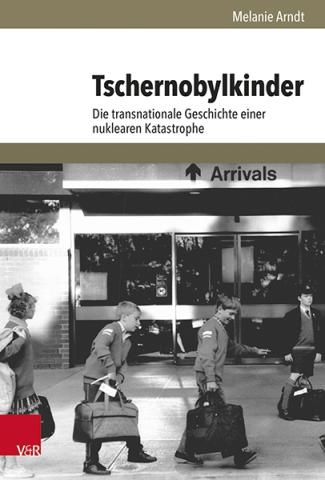 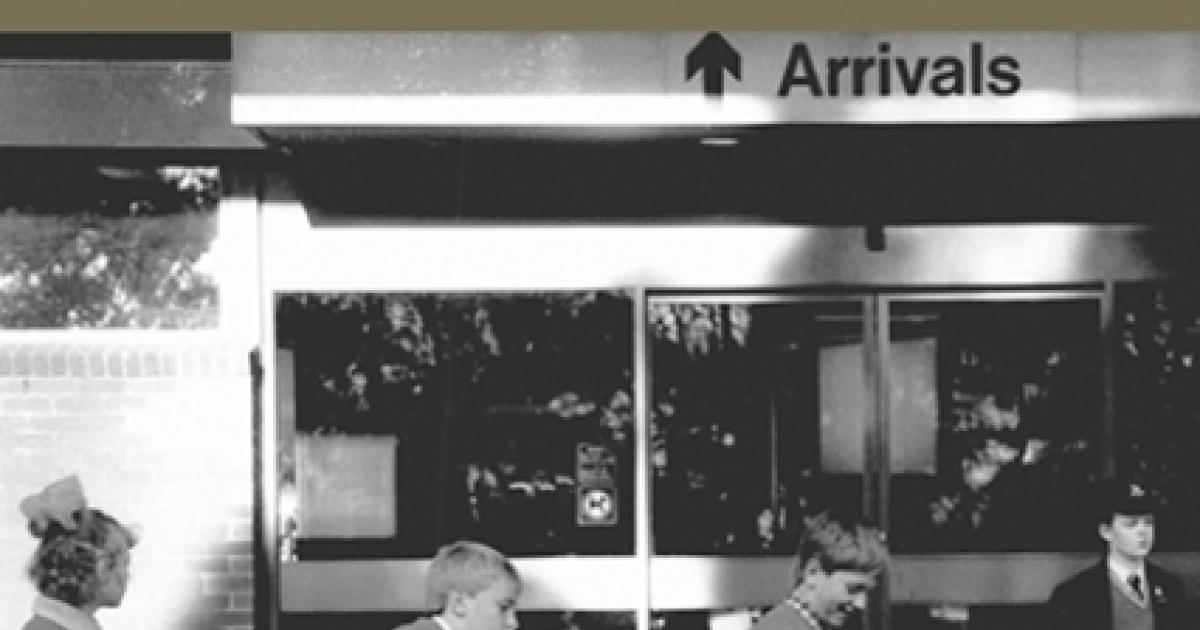 Arndt, Melanie. Tschernobylkinder: a new book on the Chernobyl catastrophe and its effect on children and youth in the USSR, the post-Soviet states and further abroad through the transnational networks that assisted them medically, socially and financially.

Dr. Melanie Arndt (Albert Ludwig University, Freiburg) examines the Chernobyl nuclear catastrophe and its effect on children and youth in the USSR, the post-Soviet states and further abroad through the transnational networks that assisted them medically, socially and financially. Tschernobylkinder: Die transnationale Geschichte einer nuklearen Katastrophe (https://www.vandenhoeck-ruprecht-verlage.com/themen-entdecken/geschichte/zeitgeschichte-ab-1949/53034/tschernobylkinder) is based on extensive research in a large number of archives, including several collections at the Hoover Institution.

Arndt looks not only at the catastrophe itself and its effect on the local population (especially the younger generation), but also at how the affected children – and there were over one million “Chernobyl Children” – became a focus of attention for various national and international agencies and NGOs. The result is a case study not only in the story of the children, but of international humanitarian crisis management and environmental history. One of the author’s main focuses is on Belarusian children and grass-roots organizations, which sprouted in the waning days of the Soviet Union and quickly connected to the transnational network of NGOs. The period covered begins with the catastrophe itself in 1986 and runs until 2008, when Belarusian president Aleksandar Lukashenka ceased all assistance programs of this nature.

Arndt begins with the failure of Soviet regime to manage the disaster and the Western offers of assistance, which were at first ignored. The catastrophe occurred just a few days prior to May 1, a day for celebrating “peace and labor” in the USSR, an official holiday most often celebrated with parades and mass gatherings, which, given the spread of radiation from the disaster, placed participants in harm’s way. This was followed by various half-hearted attempts to evacuate or temporarily resettle affected local residents, especially children. As news of the disaster and its terrifying nature spread, these measures became hopelessly inadequate. The internationalization of the relief effort, at least as far as children were concerned, at first concerned primarily the Soviet Bloc and other countries allied with the USSR, such as Cuba, which received over twenty-thousand Soviet children for treatment and rehabilitation in the years following the disaster. As the USSR entered the economic crisis that led to its downfall, the government could no longer afford to pay for treatment and rehabilitation, so non-state actors, including home-grown NGOs and religious organizations, took up the challenge and began to raise funds and send children abroad for treatment. Arndt examines their experiences in host families abroad, including in the USA, in connection with the enormous political and social upheaval that overwhelmed their homelands, and also in connection with the appearance and activities of networks of new NGOs and transnational organizations that in one way or another transformed the landscape of the post-Soviet world. 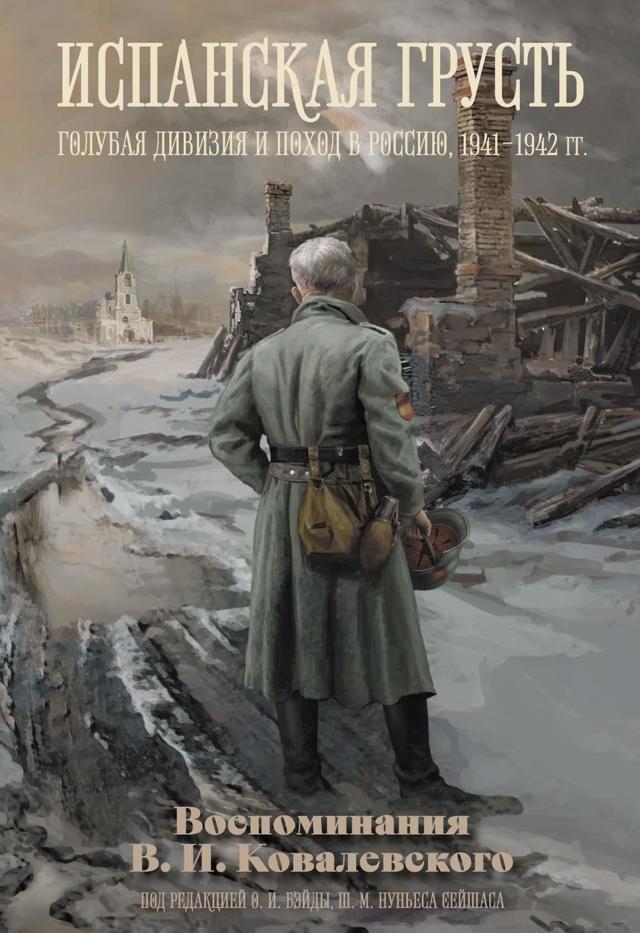 Beyda, Oleg and Xosé Manoel Núñez Seixas. From Spain with Sorrow: A new Book on the Russian emigration in the Second World War.

The efforts of an active minority of military men from among the post-revolutionary émigrés to participate in the conflict on the side of the Axis armies, despite not sharing the Axis conception of the post-war world, make up a complex topic that is often overlooked. Kovalevskii’s life from the Russian Civil War through to the Second World War provides a typical example of such a progression. A product of his military environment, Kovalevskii fought in five wars, in Africa, Russia, and Spain, spending his life in the struggle for a non-Bolshevik Russian statehood that ultimately failed to emerge. He was among the one hundred-odd exiled volunteers who took their anti-Bolshevism so seriously that they fought in the forces of General Francisco Franco in the 1936–1939 Spanish Civil War. Hoping that the moment to “liberate” Russia had come, in 1941 several Russian veterans joined the Spanish volunteer formation in the ranks of the Wehrmacht. For these Russians, the process of enlistment and service was far from straightforward; while the Spaniards needed Russian interpreters and sought to retain them, the Germans were obsessed with the idea of expelling the potential nationalistic rebels from their army.

As it happened, the hopes of the exiled Russians proved futile. Kovalevskii’s writing confirms in detail much of what is already known about the German occupation and the brutality of the war in the USSR, including pillage, cruelty, murder, and the miserable plight of the local population. This time, however, it was not the Germans who were the perpetrators — or rather, not only them — but the Spanish volunteers. The latter are depicted as an ill-assorted group of individuals who because of their ineptitude, often found themselves in tragicomic situations. Kovalevskii spares no words in vehemently criticising his comrades-in-arms, his choice, and even himself. Though representative only of a tiny group, Kovalevskii’s sorrow-ridden memoirs are nevertheless revealing, demonstrating aptly just how many opposing motives, lives, and fates became entangled in one of history’s greatest catastrophes. Despite his subjective toughness, Kovalevskii’s voice sounds fresh, presenting a new outlook on the war, that of a maverick Russian who clearly did not belong on either side of the front.

Beyda and Núñez Seixas meticulously cross-checked all the facts, names, and evaluations that Kovalevskii carelessly sowed and supplied an extensive introduction. In short, their version of the topic of Russians in Spanish wars is based on thorough archival research. To date the book is available only in Spanish and Russian, which limits its potential impact; it would be worthwhile to see an English translation. 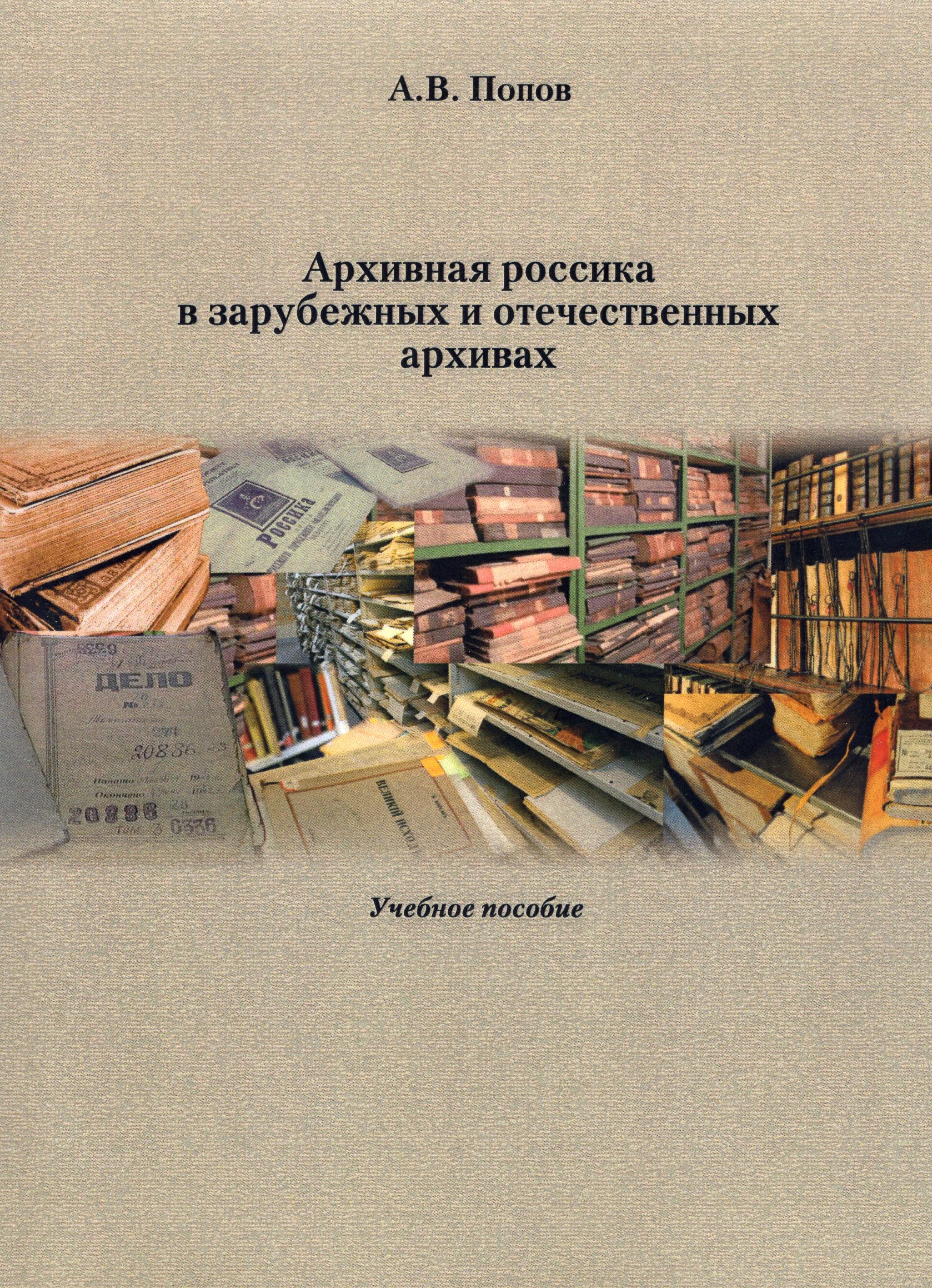 Andrei Popov is a prominent specialist on the Russian emigration and its archival legacy who teaches at the Historical-Archival Institute of the Russian State University of the Humanities in Moscow. This, his latest work, entitled Arkhivnaia rossika v zarubezhnykh i otechestvennykh arkhivakh (Archival Rossica in Foreign and Domestic Archives) (https://www.rsuh.ru/iai/news/detail.php?ID=365775) is intended as a student’s guide to locating and accessing collections and materials relating to Russia – and particularly to Russian émigrés and their organizations and institutions – in both archives in the Russian Federation as well as those located abroad.

Popov provides an overview of the Hoover Institution’s Russian collections and mentions the large-scale microfilming projects and exchanges that took place in the 1990s and early 2000s. Aside from surveys of other institutions in the United States, Popov deals specifically with France and the Czech Republic, which historically have had large Russian holdings deriving primarily from the presence of significant immigrant colonies from Russia, especially in the period following the Russian revolution.