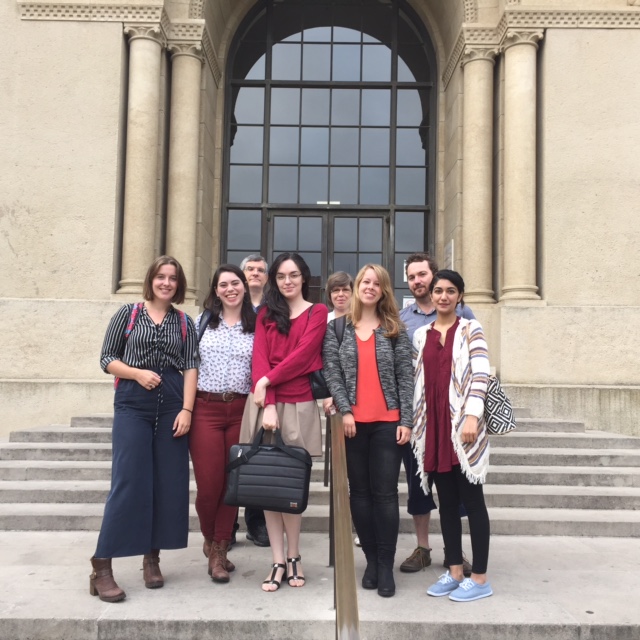 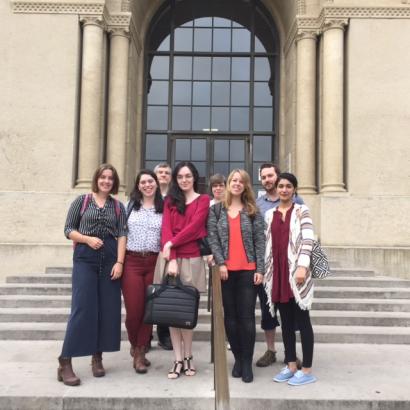 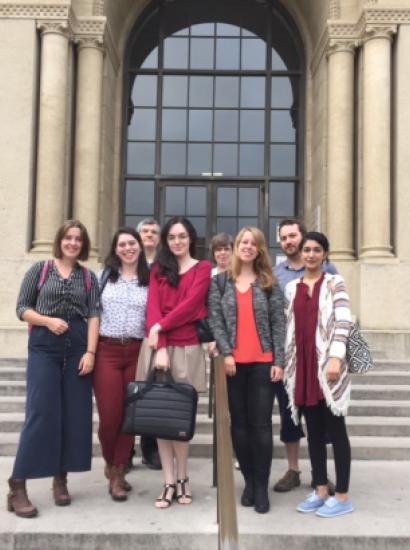 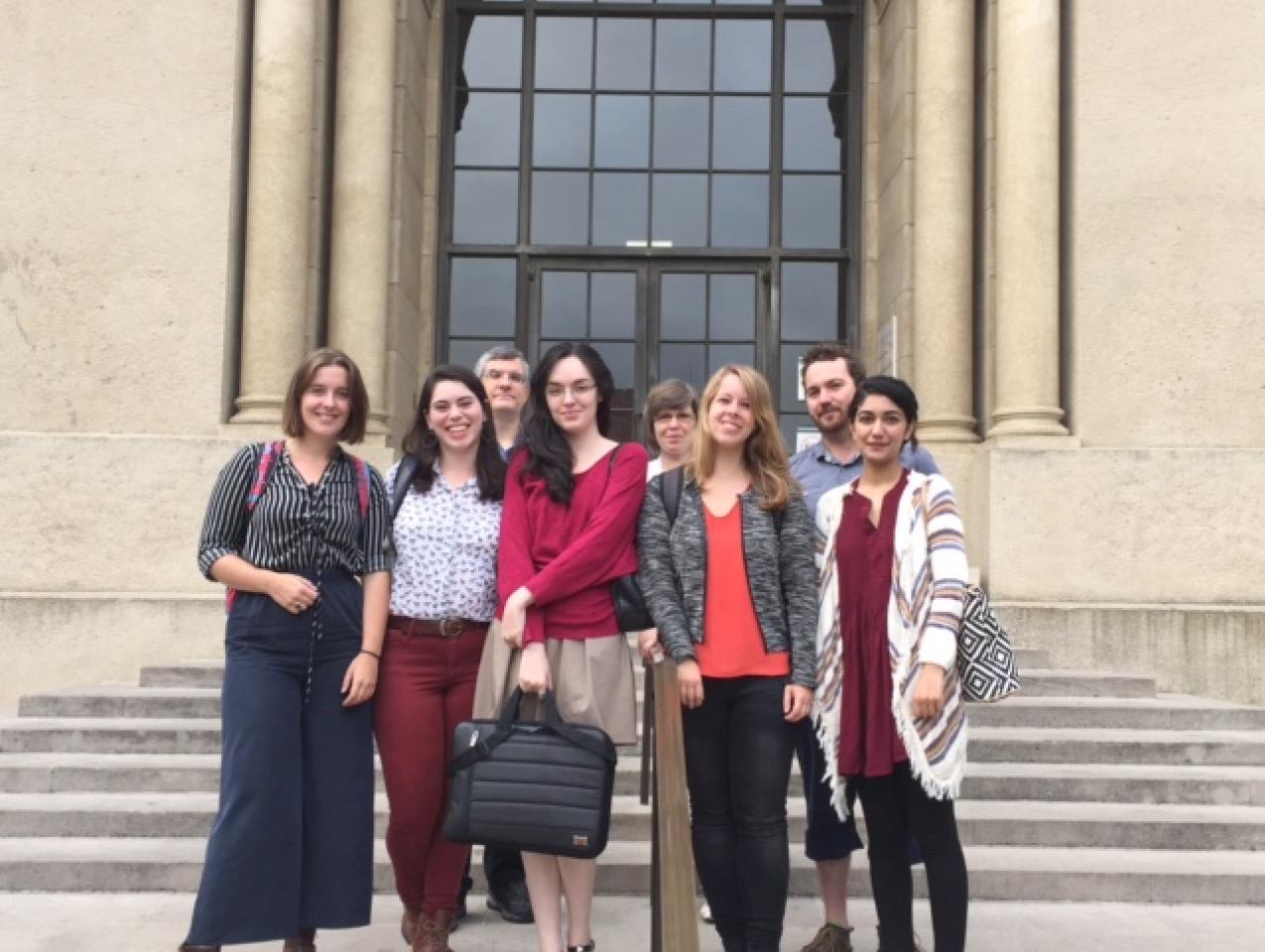 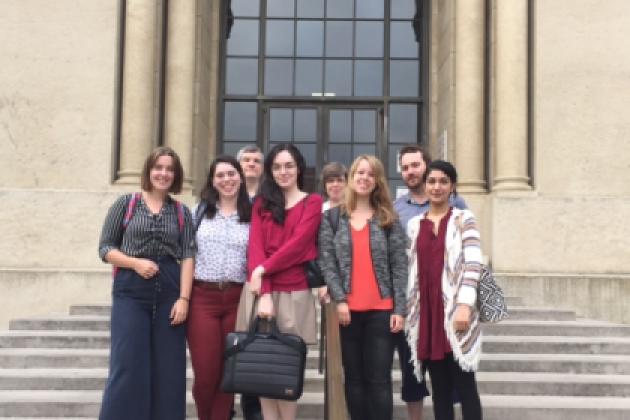 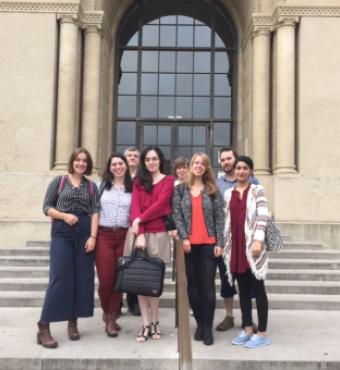 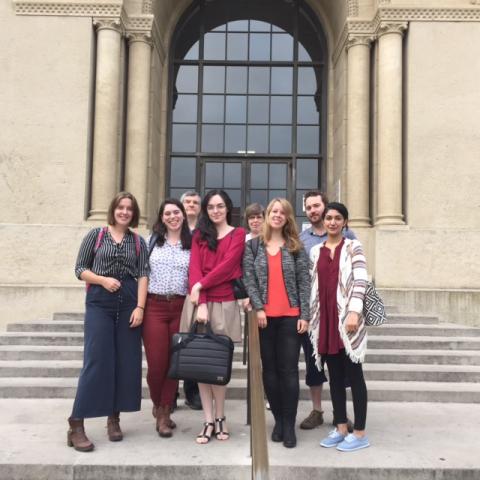 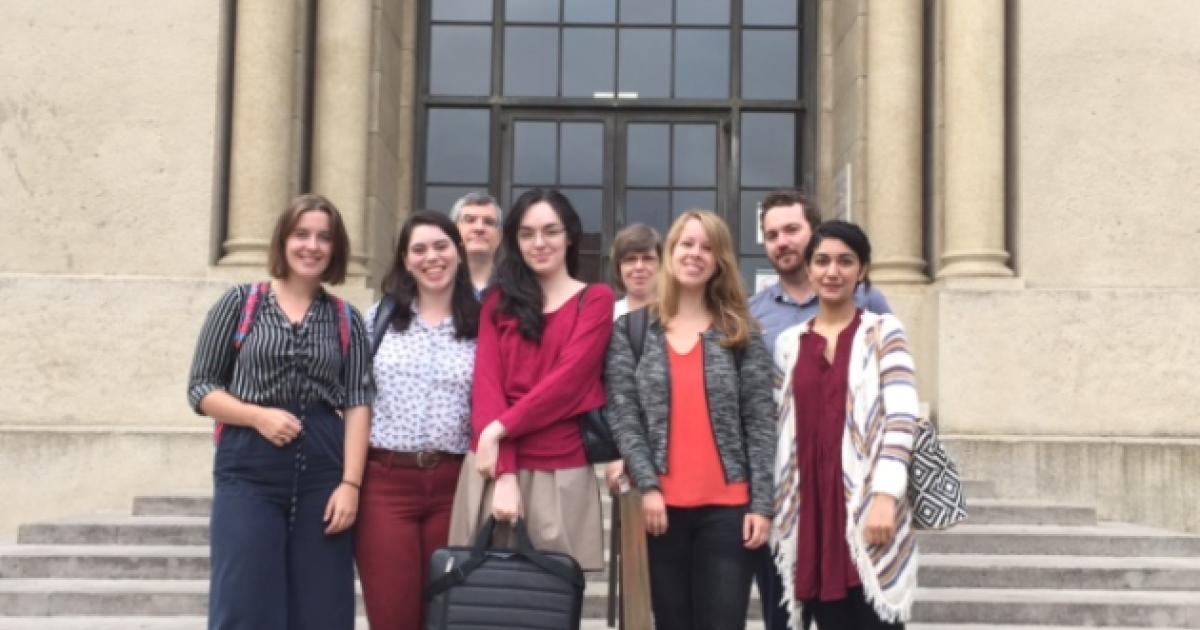 This month Hoover Library & Archives welcomes a group of Columbia University students participating in the Radio Free Europe/Radio Liberty (RFE/RL) research fellowship at Columbia’s European Institute. The visiting students will spend a week consulting Hoover’s extensive Radio Free Europe/Radio Liberty collection. They will also be given the opportunity to consult with Anatol Shmelev, curator of the RFE/RL collection and Robert Conquest Curator for Russian and Eurasian Collections, as well as Jack Doran, Project Archivist for RFE/RL corporate records, and Natalia Reshetova, Project Archivist for RFE/RL broadcast records. The visiting students will  develop original research papers that will be presented at an academic conference at Columbia in spring 2017, and then transformed into publishable articles in peer-reviewed diplomatic or cold war journals.

Victoria Phillips, Lecturer at the Department of History and at the European Institute at Columbia University, and Associated Faculty at the Harriman Institute, leads the European Institute’s RFE/RL fellowship. A. Ross Johnson, Visiting Fellow at the Hoover Institution, Senior Scholar at the Wilson International Center, and former Director of Radio Free Europe, and Csaba Békés, Professor of History at Corvinus University in Budapest and Founding Director of the Cold War History Research Center in Budapest, serve as advisers to the project. The program takes the Columbia undergraduate and graduate students to three archival institutions for research sessions. In addition to Hoover Library & Archives, the students visit Dwight D. Eisenhower Presidential Archives and will consult the Radio Free Europe/Radio Liberty papers at the Open Society Archives in Budapest.

Participants in the program include:

Fatima Dar, specializing in the role of electronic journalism and mass communication during times of conflict, and investigating what made RFE unique from other stations such as Voice of America and the BBC

Tinatin Japaridze, studying the sociocultural and psychological repercussions of the pro-Western propaganda in the messages transmitted by the RFE to the Eastern European bloc, and the role of radio as a medium of communication at the peak of the Cold War

Thalia Ertman, studying the relationship between media and uprisings during the Cold War, both in terms of the role media places in starting uprisings against a dictatorial state, and how western media reacted to these events