Allies and Enemies in the War on Terror 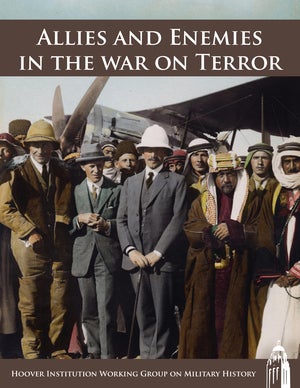 We seem to have a static view of our friends and opponents in the war against terrorism. In fact, allies and enemies are fluid in their efforts to help, to hinder or to just ignore the U.S. Their attitudes abroad constantly shift as a result of the perceived strength and will of the U.S. at any given time to defeat radical Islamic terror.

The United States has few stalwart friends in the greater Middle East; even nominally allied states such as Qatar, Turkey, and Pakistan play a double game. The United States needs to make clear to them the costs of flirting with Islamists while trying to broaden the coalition to include substate actors such as the Sunni tribes of Iraq.

Realism about Allies: What the U.S. Can Expect from Middle Eastern Partners
by Frederick W. Kagan

Americans must be realistic about what they expect from allies. We rightly prefer to engage on a multilateral basis and with as broad a coalition as possible, but find ourselves surprised, offended, and alienated. Americans must accept that no two states have perfectly aligned interests and tensions will always hinder full cooperation of our partners.

Is Iran an Ally or Enemy?
by Bing West

Stability among Shiites, Sunnis, and Kurds requires a steadying American influence. This in turn requires a status of forces agreement so that US military units will remain after the ISIS threat ebbs. In theory, President Obama has been given a do-over. He pulled out our troops and Iraq fell apart. Now we’re back. So will we stay this time?