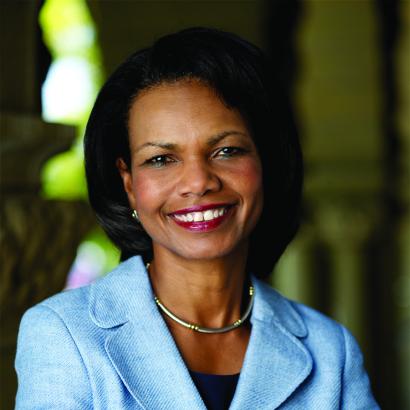 Condoleezza Rice is the Tad and Dianne Taube Director of the Hoover Institution and a Senior Fellow on Public Policy. She is the Denning Professor in Global Business and the Economy at the Stanford Graduate School of Business. In addition, she is a founding partner of… 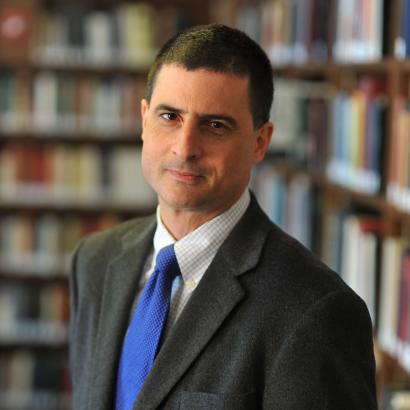 Wakin is the author of Anthropology Goes to War: Professional Ethics and Counterinsurgency in Thailand. His current research interest is guns and gun control in the nineteenth-century United States and he is revising a manuscript titled "From Flintlock to ‘Tramps' Terror’: Guns and Gun Control in Nineteenth-Century New York City.” He has also coauthored a number of walking-tour books and travel guides.

Before coming to Hoover, Wakin was the Herbert H. Lehman Curator for American History and the Curator of Manuscripts at the Rare Book & Manuscript Library at Columbia University, where he also taught courses in the History Department on public history, memory and narrative, archives and knowledge, and theory.

He has also worked in business development, competitive intelligence, strategic communications, and digital strategy at Ernst & Young, IBM Custom Publishing, Kroll, PaulHastings, and Technology Investor. He continues to advise corporate and nonprofit entities on history and archive-related issues and consults on leadership and operational effectiveness in libraries and special collections. 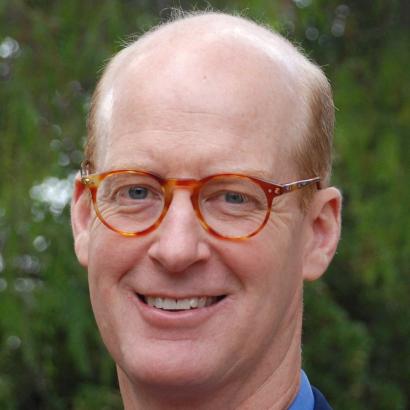 Christopher S. Dauer is the Chief External Relations Officer at the Hoover Institution. 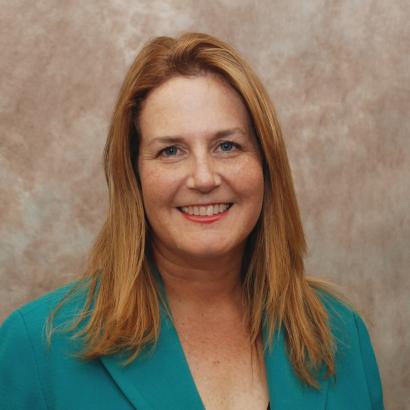 Karen Weiss Mulder is the Chief Operating Officer and Chief Financial Officer at the Hoover Institution.

In this role she is responsible for managing the budget of the Institution, establishing financial controls and policies in accordance with university requirements and stewardship needs, and leading the finance, operations, human resources, and IT teams.

Before moving into a senior administrative role in October 2017, Weiss Mulder spent the previous thirteen years at Hoover in successively more significant finance roles. During that time, she implemented new budget, reporting, and variance analysis tools and developed new processes for financial administration and approvals.

Prior to coming to Hoover, Weiss Mulder worked for Bristol-Myers Squibb pharmaceuticals as a pricing manager. During her tenure, she developed a new customer segmentation methodology; established pricing for new, private label branded pharmaceuticals; and led the implementation effort of new price optimization and negotiation software. She began her career in finance at a construction management firm more than twenty years ago.

Weiss Mulder bleeds Stanford red. She was born at Stanford Hospital, attended Stanford as an undergraduate, enjoys working in the center of campus, and attends as many Stanford sporting events as time and money will afford. 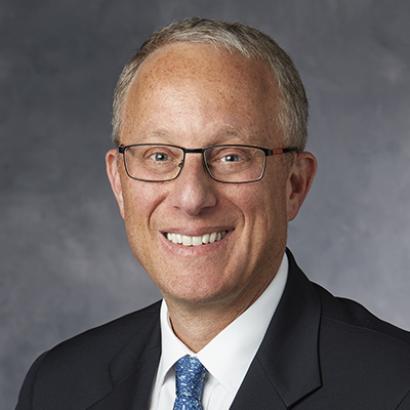 Daniel Kessler is the Keith and Jan Hurlbut Senior Fellow and Director of Research at the Hoover Institution and a professor at the Graduate School of Business at Stanford University, where he teaches courses on economics, public policy, and the health care industry. He is also a professor at the Stanford Law School.

Among his publications are, with Mark McClellan, “The Effect of Hospital Ownership on Medical Productivity,” in the RAND Journal of Economics (2002), and “Designing Hospital Antitrust Policy to Promote Social Welfare,” which appeared in Frontiers in Health Policy Research. His books include a forthcoming second edition of Healthy, Wealthy, and Wise: Five Steps to a Better Health Care System (Hoover Institution Press, 2011), coauthored with Leonard and Shirley Ely Senior Fellow John Cogan and R. Glenn Hubbard, and Regulation versus Litigation: Perspectives from Economics and Law (University of Chicago Press, 2010).

He is the holder of a PhD in economics from the Massachusetts Institute of Technology and a JD from Stanford Law School. 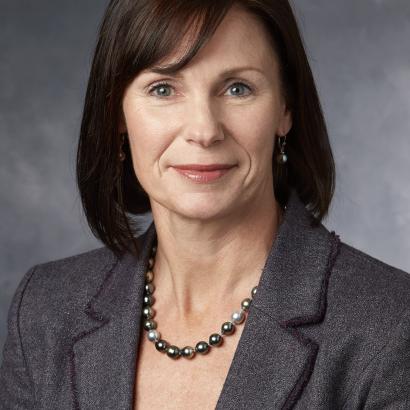 Denise Elson is the Associate Director of Institutional Programming at the Hoover Institution.

Elson has been a dynamic member of the Hoover Institution’s management team since 2001. Currently overseeing institutional programming, she is responsible for implementing and managing institutional research priorities that are aligned with Hoover’s mission. To accomplish this objective, Elson manages critical partnerships between the Hoover fellowship and its functional departments, especially communications and development, as well as the larger Stanford community.

Before coming to Hoover, Elson was vice president of operations and a founding member of the senior management team at Starwire Corporation where she managed client and professional service departments, human resources, facilities, board relations, and corporate administration. Elson was the director of university events at Pepperdine University where she was part of the university’s successful “Challenged to Lead” capital campaign, raising $313 million. 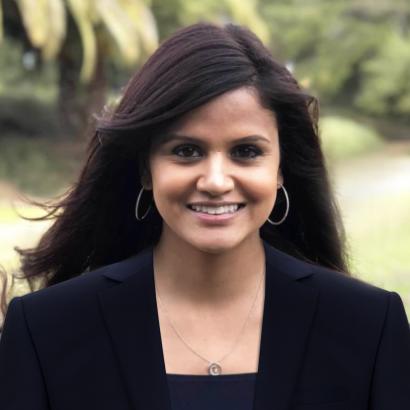 Shana Farley is the Associate Director of Marketing & Policy Education. In this role, she oversees and manages the Institution’s online presence, web platforms, social media strategy and the adaptation of Hoover’s research output into digital products. She is responsible for the formulation and execution of Hoover’s communication strategy.  Farley directs the EAPP (Educating Americans in Public Policy) Initiative, which aims to leverage the research work of the fellowship to equip Americans with accurate facts and information to understand public policy and better perform their civic duties.

Before coming to Hoover, Farley worked as a sales and marketing executive in the Silicon Valley for nearly a decade in the micro-electromechanical sensing industry focusing on government-funded university research worldwide using smart sensing technology. Farley has a dual BA in International Relations and History with a focus in Peace & Security from the University of California, Davis. 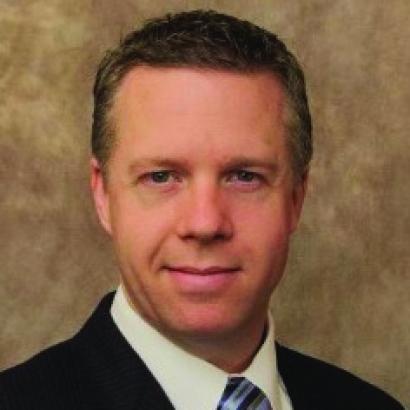 Jeffrey M. Jones is the Associate Director of Facilities, Operations & Events at the Hoover Institution. In this capacity, he oversees Hoover’s physical resources, guides an active events team, and leads large-scale capital improvement projects. Jones is responsible for the planning and execution of the new George P. Shultz building. The 55,084 square foot facility includes offices for fellows, conference space, and a digitization studio for the archives.

At Hoover, Jones has managed a variety of institutional programs, including book production/ distribution, VIP leadership events, and outreach products. He led the design, construction, and opening in 2017 of the David and Joan Traitel Building, the first new Hoover facility on Stanford’s campus in nearly four decades. Jones is a former research fellow who specialized in U.S. poverty policy, focusing on welfare reform, employment benefits, housing, and federal entitlement programs.

Jones’ career began in the field of social work as an AmeriCorps*VISTA member assisting the homeless in Rockford, IL. He was the executive director of a nonprofit jobs agency serving disadvantaged populations and implementing various welfare-to-work programs.

The son of an Air Force pilot, Jones has a bachelor’s degree in political science from Wheaton College and a master’s in public policy from Pepperdine University. He lives in Menlo Park with his wife and four children. 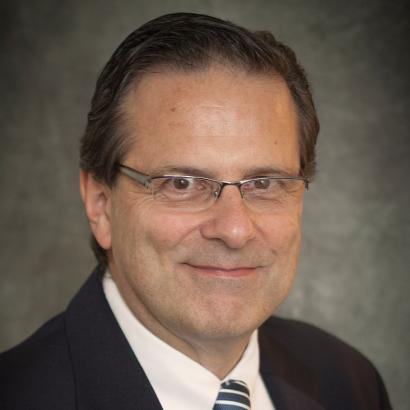 Colin Stewart has served for the last eight years as Director of Development at the Hoover Institution, during which time the organization has raised more than $500 million in philanthropic income. He previously served as Senior Vice President at the George W. Bush Foundation in Dallas, Texas, where he managed the $300 million fundraising campaign for the Presidential Library and Institute located at Southern Methodist University.

Prior to working for President and Mrs. Bush, Stewart served as Vice President for Development at the Heritage Foundation in Washington, DC. During his four-year tenure there, Heritage raised over $200 million and more than doubled the size of its donor base to 550,000 donors.

Before moving to Washington, Stewart spent seventeen years in the entertainment industry in Los Angeles, Nashville and London. As Vice President of Marketing at Morgan Creek, successes included Robin Hood: Prince of Thieves starring Kevin Costner, the music for which won three Grammy awards and an Oscar nomination. As Vice President of Marketing at EMI America Records, Stewart won thirteen gold and platinum album awards with artists such as David Bowie, Kate Bush and the Pet Shop Boys. As Rocket Label Manager at EMI Records UK, Stewart was responsible for marketing Elton John.

Stewart holds an M.A. from Oxford University and an M.B.A. from London Business School. He serves on the Board of Trustees at Patrick Henry College and is a consultant to non-profit CEOs and board leaders around the country. Stewart is the author of “Fundraising Tips for CEOs,” which was published in 2021. 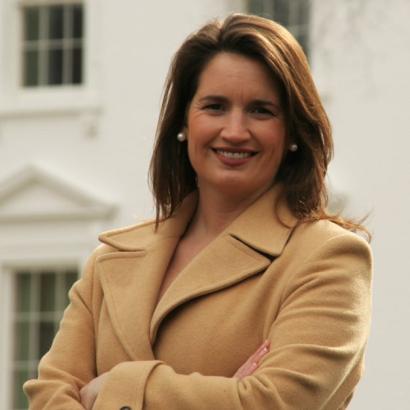 Eryn Witcher Tillman is an associate director and the Bechtel Director of Media and Government Relations at the Hoover Institution. In this role, she oversees and manages media relations and press strategy, government relations, internal communications, book publicity, journalist programs, and public affairs events. Tillman also oversees Hoover’s Washington, DC office, which works closely with Capitol Hill, the legislative and executive branches, and third-party groups to foster relationships that further Hoover’s mission of promoting ideas that define a free society.

Before joining Hoover, Tillman spent nearly three years as White House assistant press secretary and director of television, working with White House correspondents and preparing administration officials for television interviews. From 2004 to 2006, Tillman served as press secretary at the Environmental Protection Agency, where she led the agency’s media response to Hurricane Katrina. She also served as a special assistant to Secretary of Labor Elaine Chao.

Tillman, a California native, has a bachelor's degree in public relations and a master's in public policy from Pepperdine University. 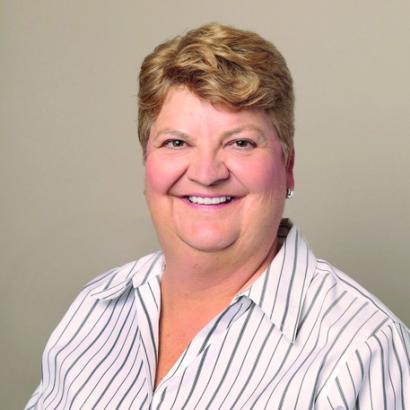 Carmen Allison leads Human Resources for the Hoover Institution at Stanford University as the Director of Staff Human Resources, Fellow Affairs, People Operations and Diversity & Inclusion. She is also currently a doctorate student in Educations at the University of Pennsylvania. Carmen leads a team of fourteen associates and is responsible for all aspects of the People and Talent Strategy for the staff and fellows at the Hoover Institution. She is responsible for associate and leadership development and creating an engaging culture that welcomes diversity and inclusion for all staff and fellows.

Carmen has twenty-five years of experience as a human resources practioner and leading high performing talent teams at Pepsico/YumBrands, Gap Inc. and most recently at Williams-Sonoma, Inc. as the SVP Human Resources for Pottery Barn Brands. She received her B.S. in Business from Northern Arizona University and completed her MBA.  Carmen is a certified executive coach from Columbia University and certified in the use of psychological assessments.  She has planned/implemented company-wide organizational culture and transformation initiatives; developed programs on leadership, cross cultural readiness and management; conducted global organizational development and projects in USA, Portugal, Italy, Korea and Singapore.

Early in her career she developed a strong business acumen with general management and P&L responsibility which has given her a unique perspective when solving talent challenges within the business.  Carmen grew up in Leavenworth, Kansas and felt the call to serve. She is a U.S. Army veteran where she led soldiers at Ft Bliss, Texas, Taegu Korea, and West Point Military Academy and served during Operation Desert Storm.

Carmen currently lives in San Francisco with her family.