A Conversation On National Security, Diplomacy, And Technology With Secretary Of State Antony J. Blinken 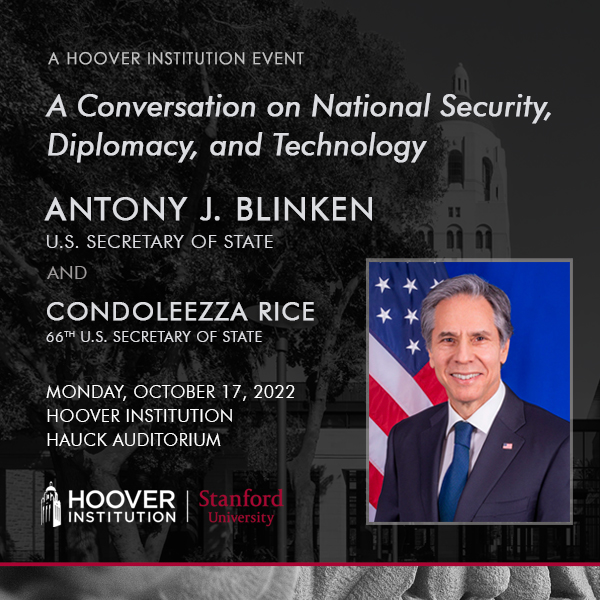 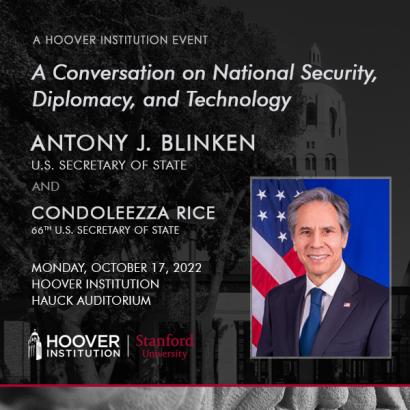 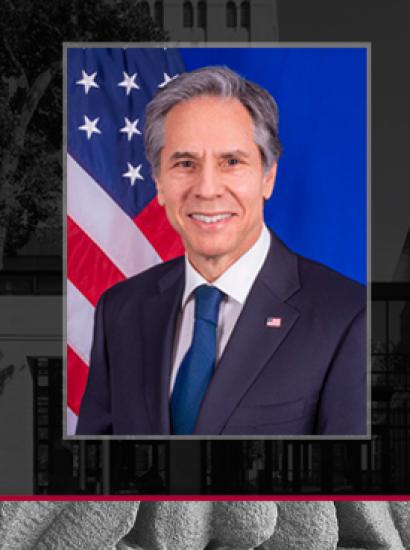 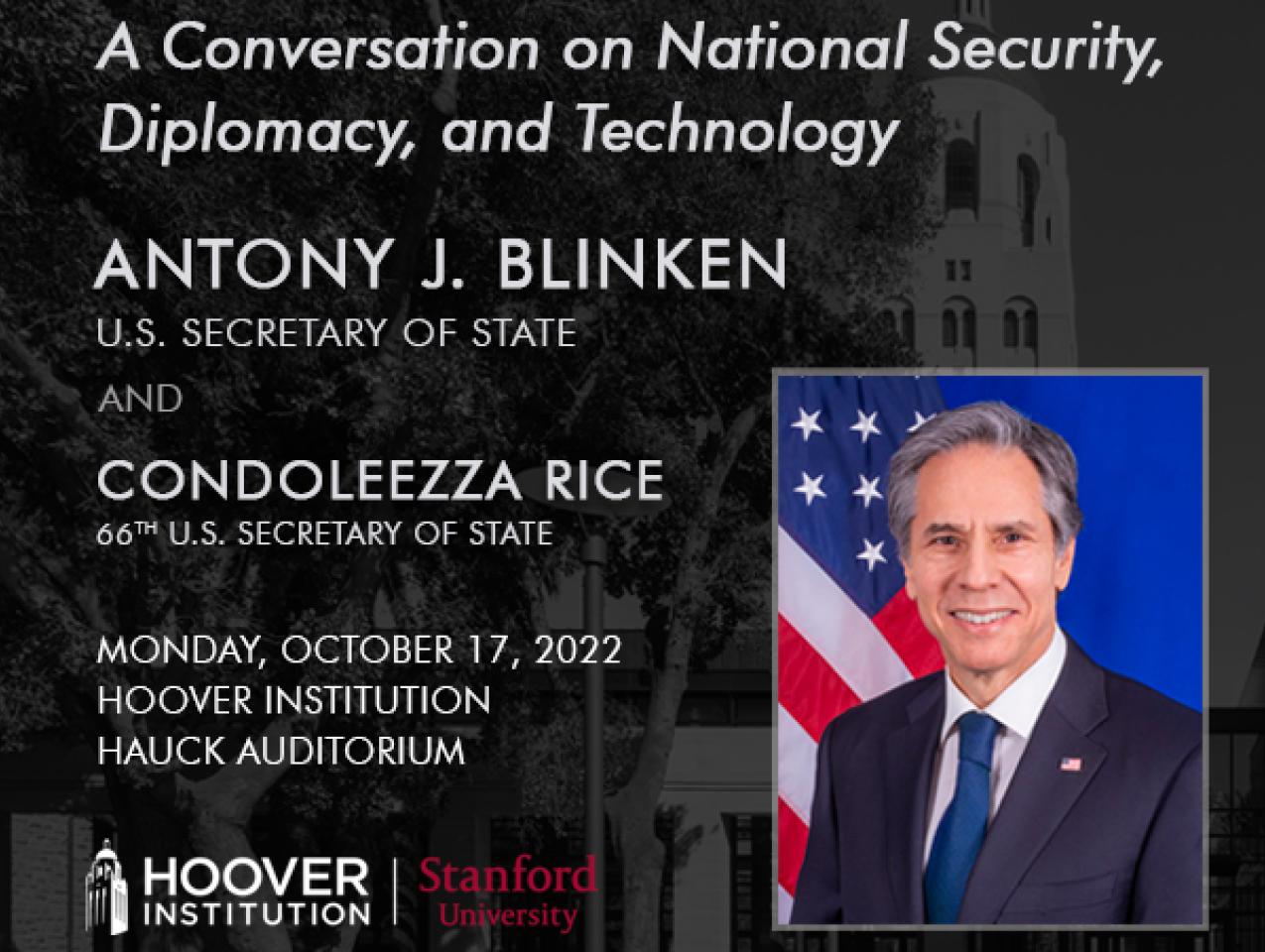 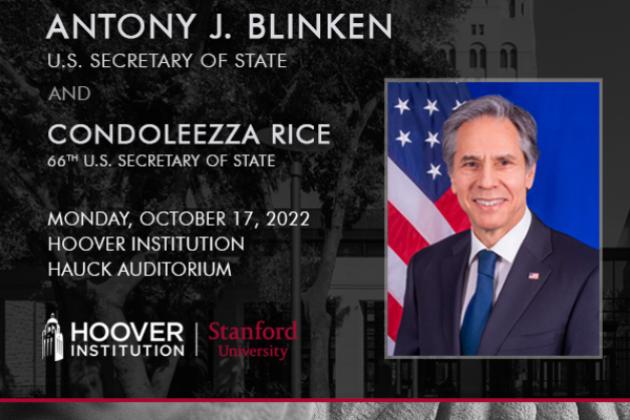 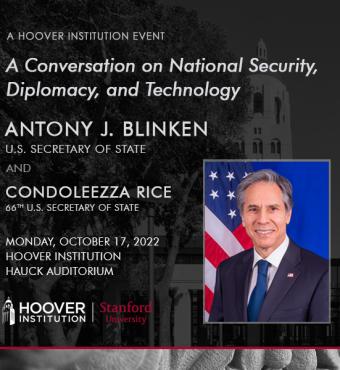 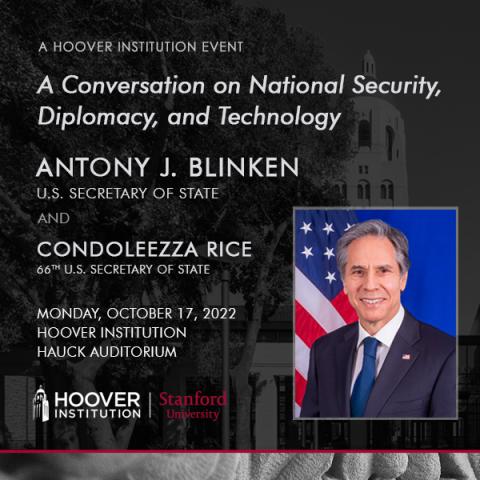 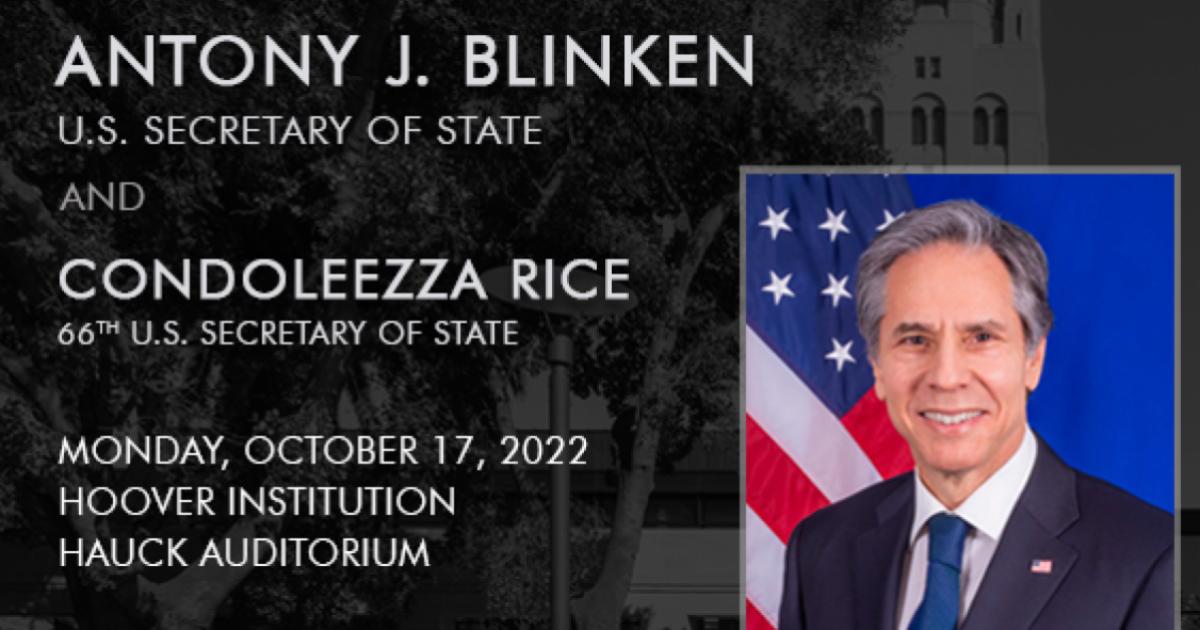 The Hoover Institution hosts a conversation on National Security, Diplomacy, and Technology between Secretary of State Antony J. Blinken, 71st U.S. Secretary of State, and Condoleezza Rice on Monday, October 17 at 10:45 a.m. PT. 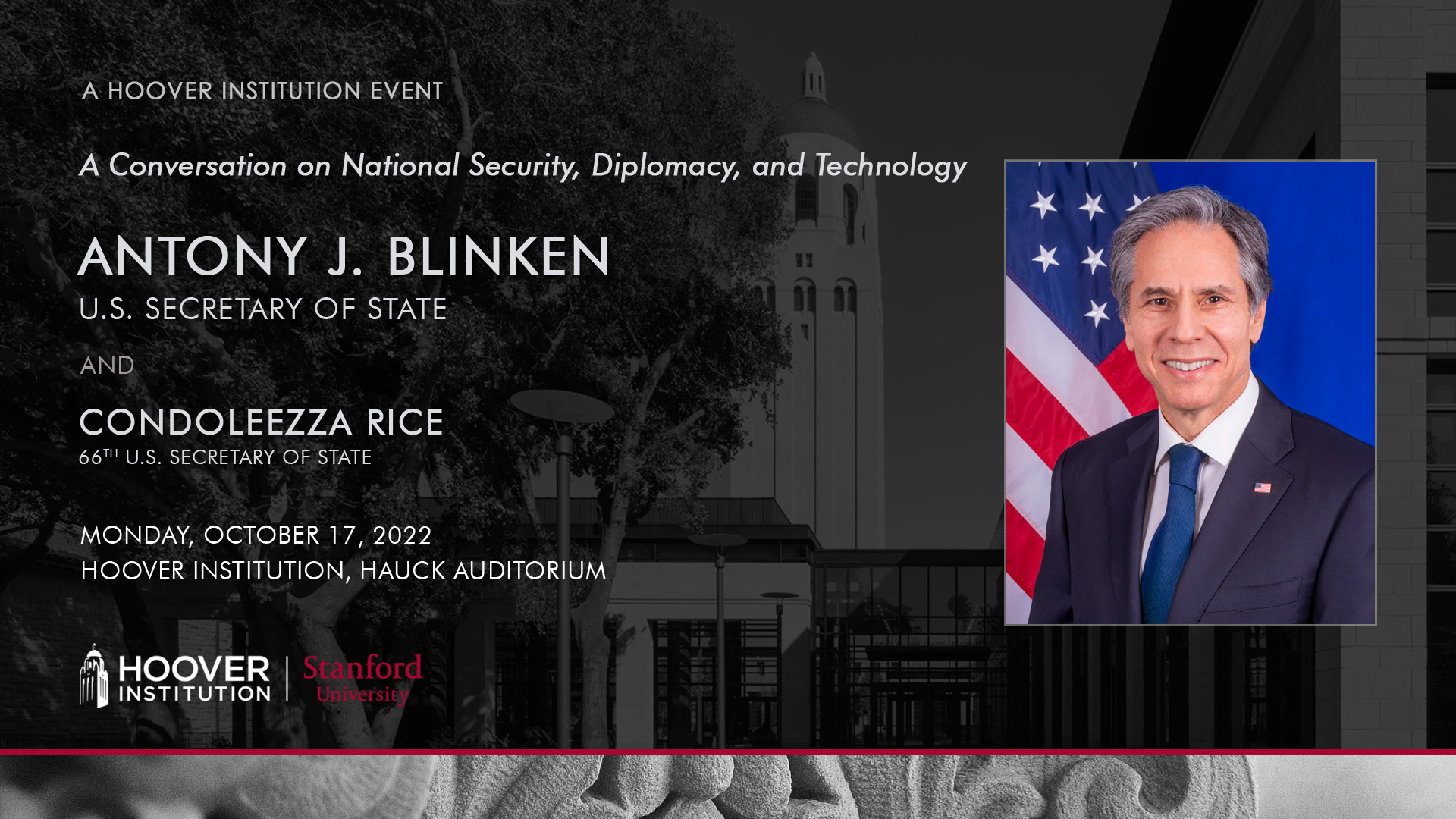 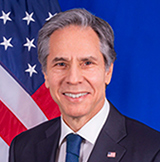 Antony J. Blinken is the 71st U.S. Secretary of State. He was nominated by President Biden on November 23, 2020; confirmed by the U.S. Senate on January 26, 2021; and sworn in by Vice President Kamala Harris the following day. Over three decades and three presidential administrations, Mr. Blinken has helped shape U.S. foreign policy to ensure it protects U.S. interests and delivers results for the American people. He served as deputy secretary of state for President Barack Obama from 2015 to 2017, and before that, as President Obama’s principal deputy national security advisor. In that role, Mr. Blinken chaired the interagency deputies committee, the main forum for hammering out the administration’s foreign policy. 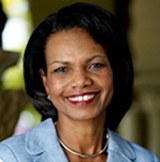