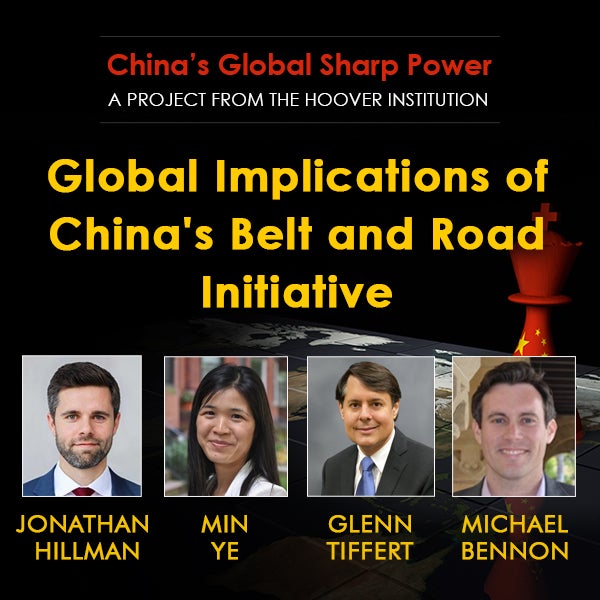 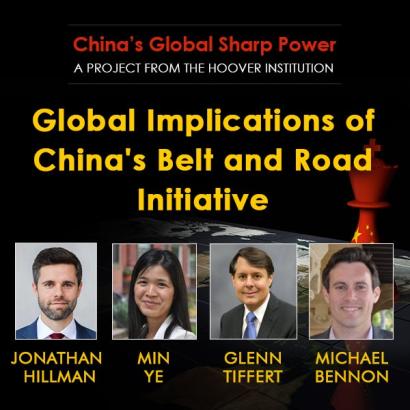 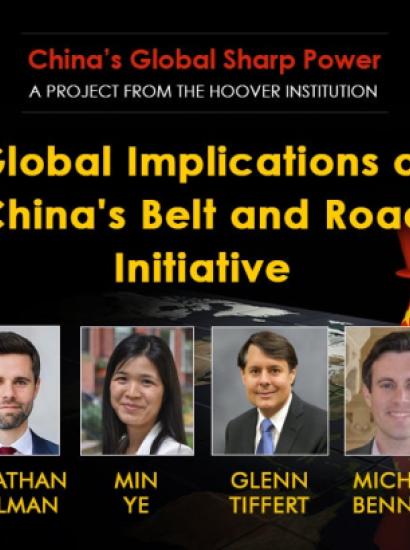 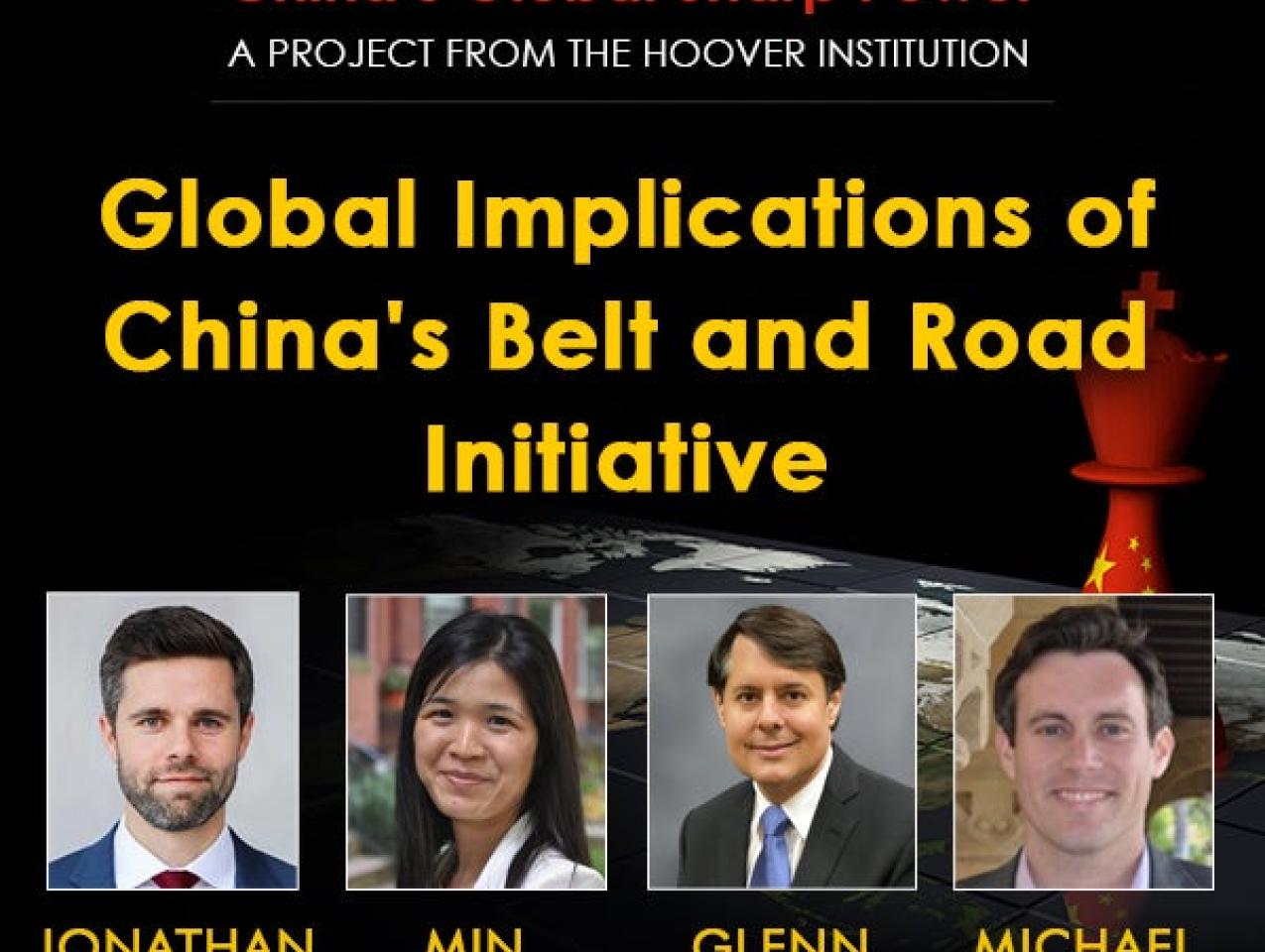 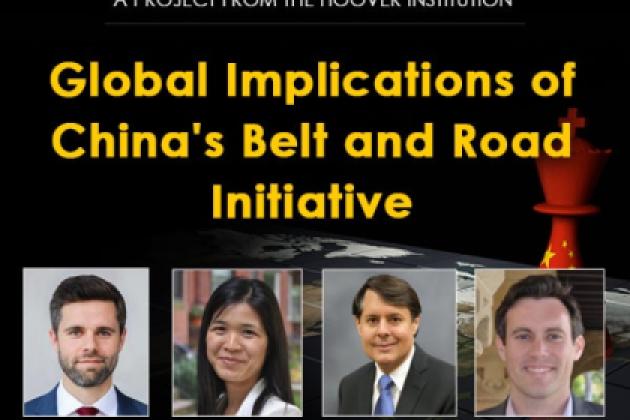 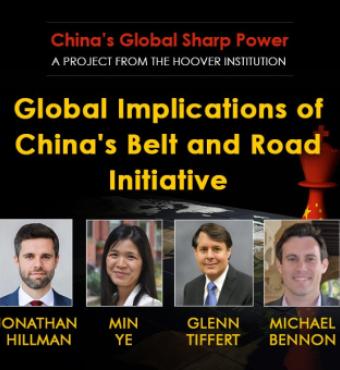 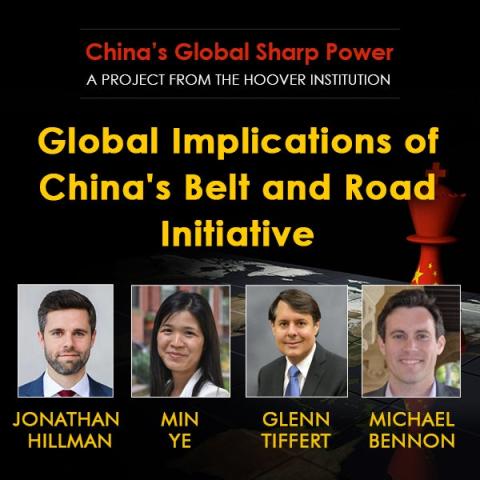 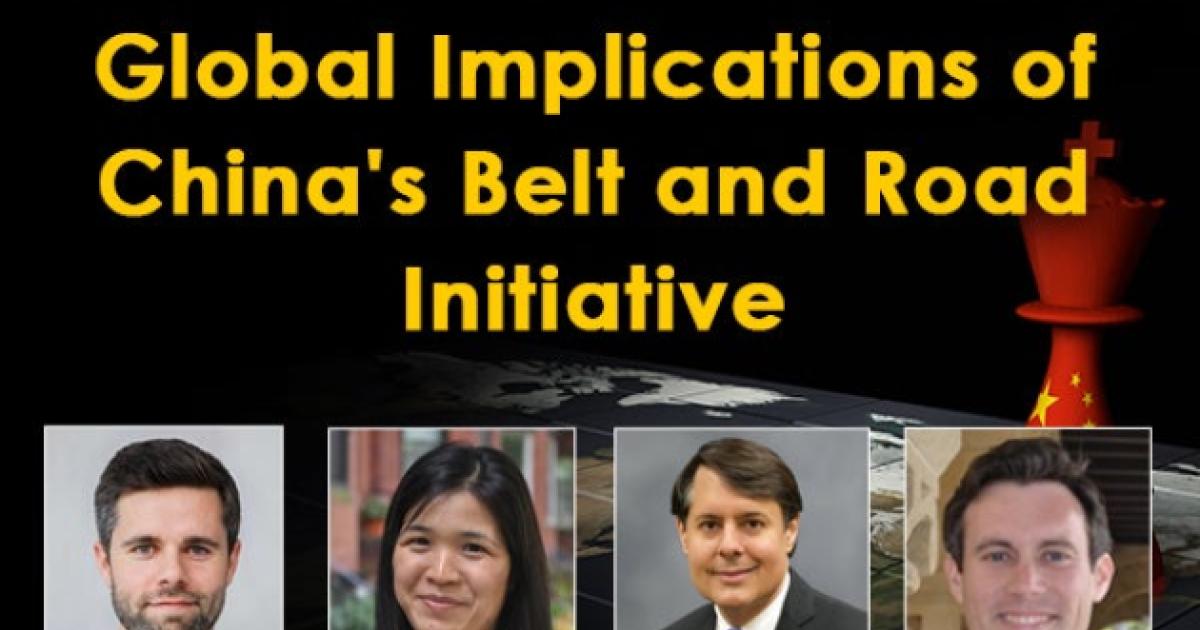 In partnership with The Freeman Spogli Institute for International Studies, Jonathan Hillman from the Center for Strategic & International Studies, Min Ye from Boston University, and Glenn Tiffert from Stanford's Hoover Institution discuss the current status of China's Belt and Road Initiative (BRI), which stands to be the largest bilateral infrastructure development program of the century. The event will discuss Hillman's new book, The Emperor's New Road: China and the Project of the Century and Ye’s new book, The Belt, Road and Beyond: State-Mobilized Globalization in China 1998-2018 and review the impacts of BRI on global trade and geopolitics.

Jonathan E. Hillman is a senior fellow with the CSIS Economics Program and director of the Reconnecting Asia Project, one of the most extensive open-source databases tracking China's Belt and Road Initiative (BRI). Previously, Hillman served as a policy advisor and chief speechwriter at the Office of the U.S. Trade Representative. His first book is The Emperor's New Road: China and the Project of the Century.

Min Ye is the author of The Belt, Road and Beyond: State-Mobilized Globalization in China 1998-2018 (Cambridge University Press 2020), Diasporas and Foreign Direct Investment in China and India (Cambridge University Press 2014), and the Making of Northeast Asia(with Kent Calder, Stanford University Press, 2020). Her articles, “Fragmentation and Mobilization: Domestic Politics of China’s Belt and Road”, “Competing Cooperation in Asia Pacific: TPP, RCEP, and the New Silk Road”, and “Conditions and Utility of Diffusion by Diasporas” have appeared in Journal of Contemporary China, Journal of Asian Security, and Journal of East Asian Studies.

Glenn Tiffert is a research fellow at the Hoover Institution, where he manages its project on China’s Global Sharp Power. A historian of modern China, his research focuses on the PRC’s political and legal systems. He also works closely with government and civil society partners in the United States and elsewhere around the world to document and build resilience against authoritarian interference with democratic institutions. He currently serves on the executive committee of the Academic Security and Counter-Exploitation Program, an association of US universities established to help heighten security awareness in academia.

Michael Bennon is a research scholar at CDDRL for the Global Infrastructure Policy Research Initiative. Bennon's research interests include infrastructure policy, project finance, public-private partnerships and institutional design in the infrastructure sector. Bennon also teaches Global Project Finance to graduate students at Stanford. Prior to Stanford, Bennon served as a Captain in the US Army and US Army Corps of Engineers for five years, leading Engineer units, managing projects, and planning for infrastructure development in the United States, Iraq, Afghanistan and Thailand.