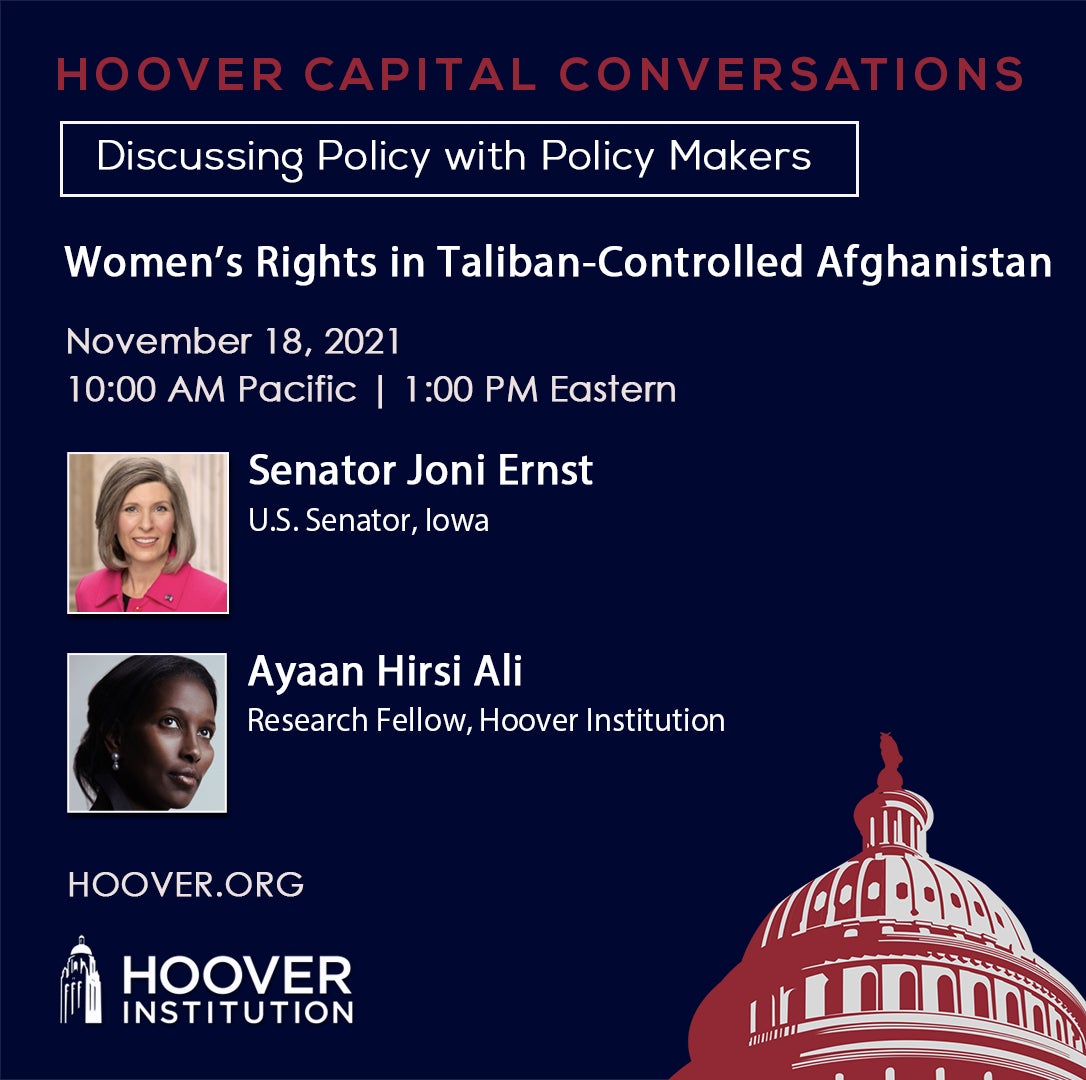 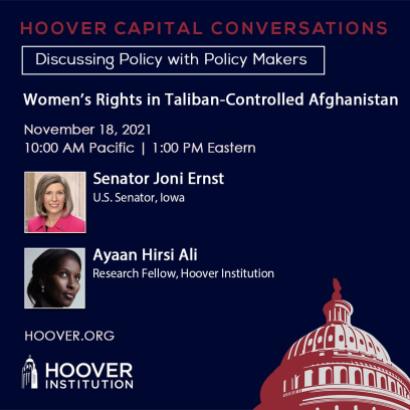 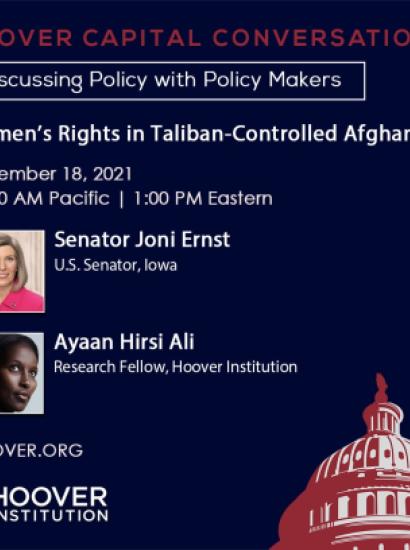 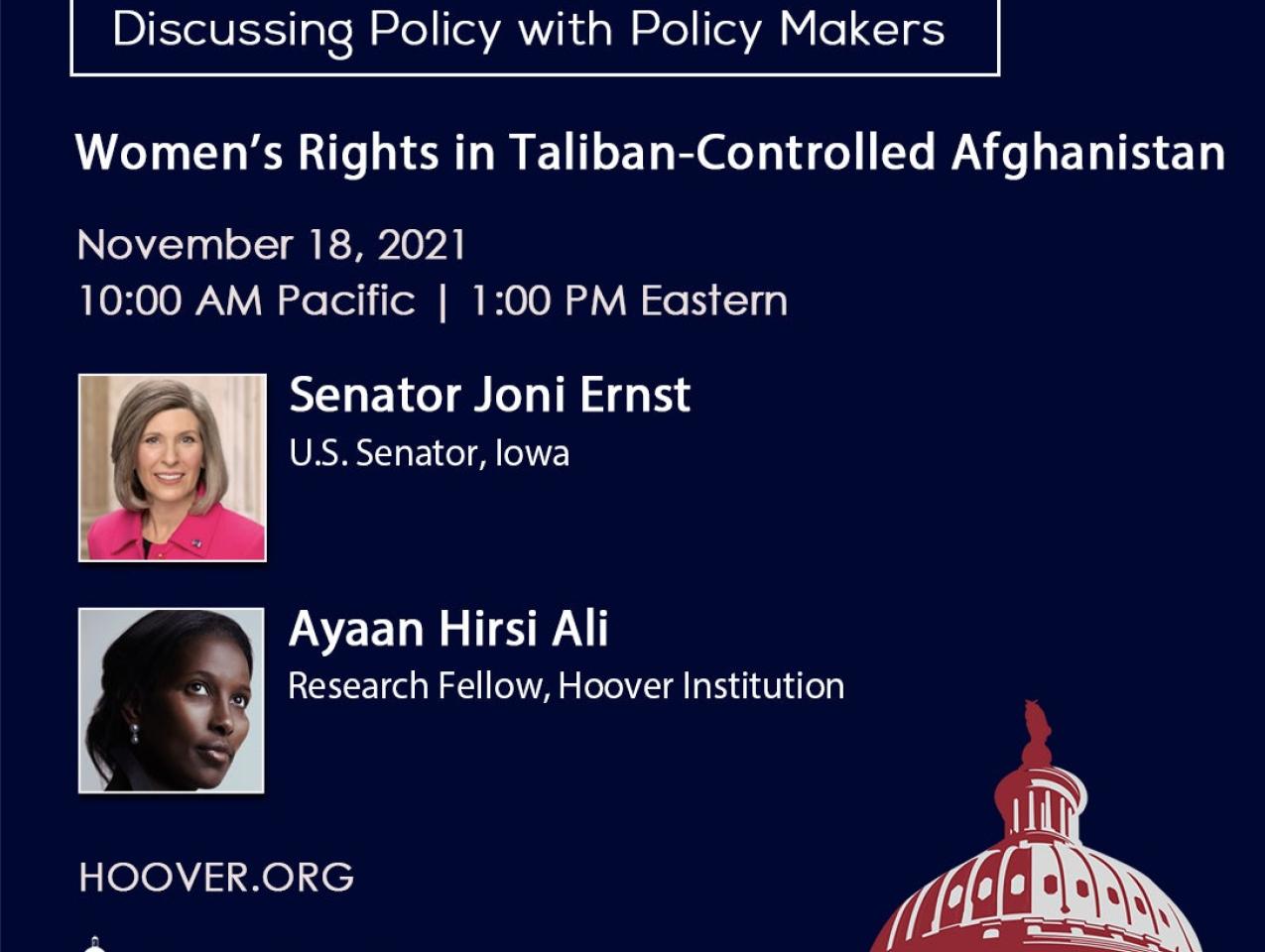 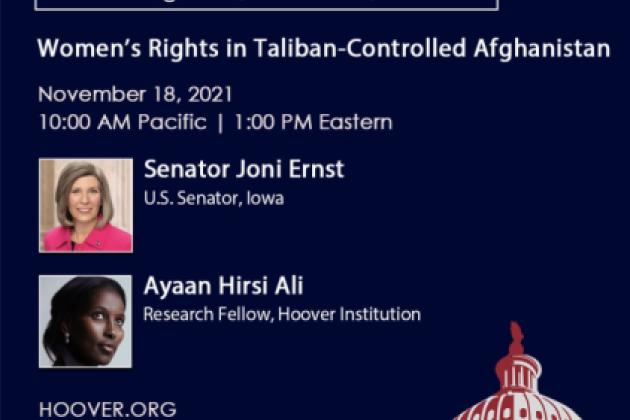 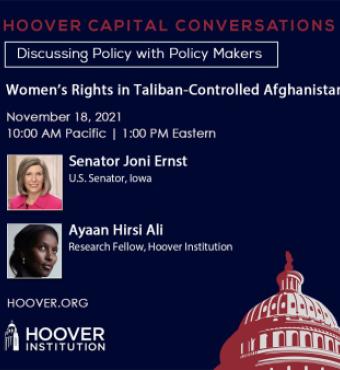 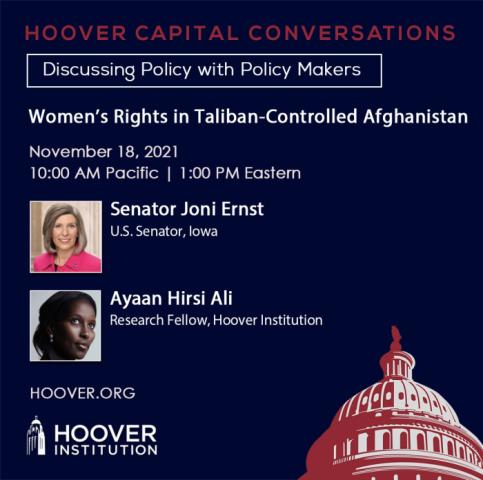 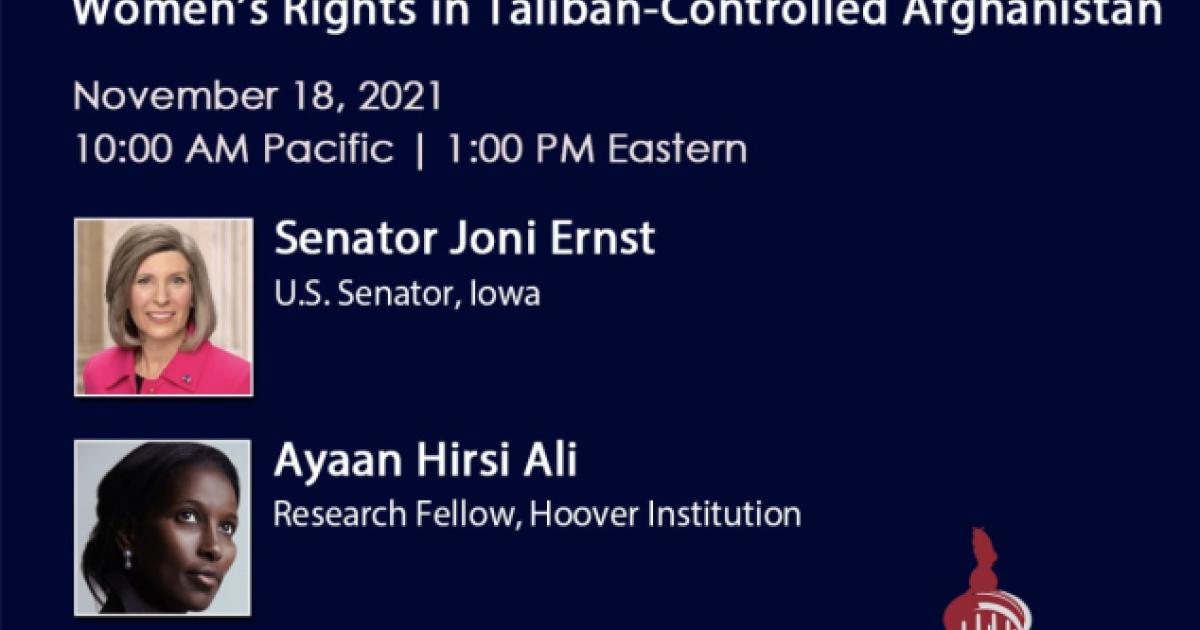 Senator Joni Ernst is the first woman to serve in federal elected office from the State of Iowa and is also the first female combat veteran elected to serve in the United States Senate. Having served 23 years in the military, Senator Ernst has dedicated her life to her state and country and is known for her independent leadership. Senator Ernst is a member of the Senate Armed Services Committee.

Ayaan Hirsi Ali is a Research Fellow at the Hoover Institution, Stanford University, and founder of the AHA Foundation. She served as a Member of the Dutch Parliament from 2003 to 2006. While in Parliament, she focused on furthering the integration of non-Western immigrants into Dutch society, and on defending the rights of Muslim women. Her latest book, Prey: Immigration, Islam, and the Erosion of Women's Rights, is available on Amazon.