In the 19th edition of the Decision 2020 Report, Hoover fellows examine the future of US policy in the Middle East, especially in light of the shifting domestic attitudes regarding America’s commitments to the region, the US position as a net oil exporter, the peace deal between Israel and the United Arab Emirates, and geostrategic challenges that include emerging state rivalries and the persistent threat of violent extremism. Saturday, September 19, 2020 5 min read

In the 19th edition of the Decision 2020 Report, Hoover fellows examine the future of US policy in the Middle East, especially in light of the shifting domestic attitudes regarding America’s commitments to the region, the US position as a net oil exporter, the peace deal between Israel and the United Arab Emirates, and geostrategic challenges that include emerging state rivalries and the persistent threat of violent extremism. 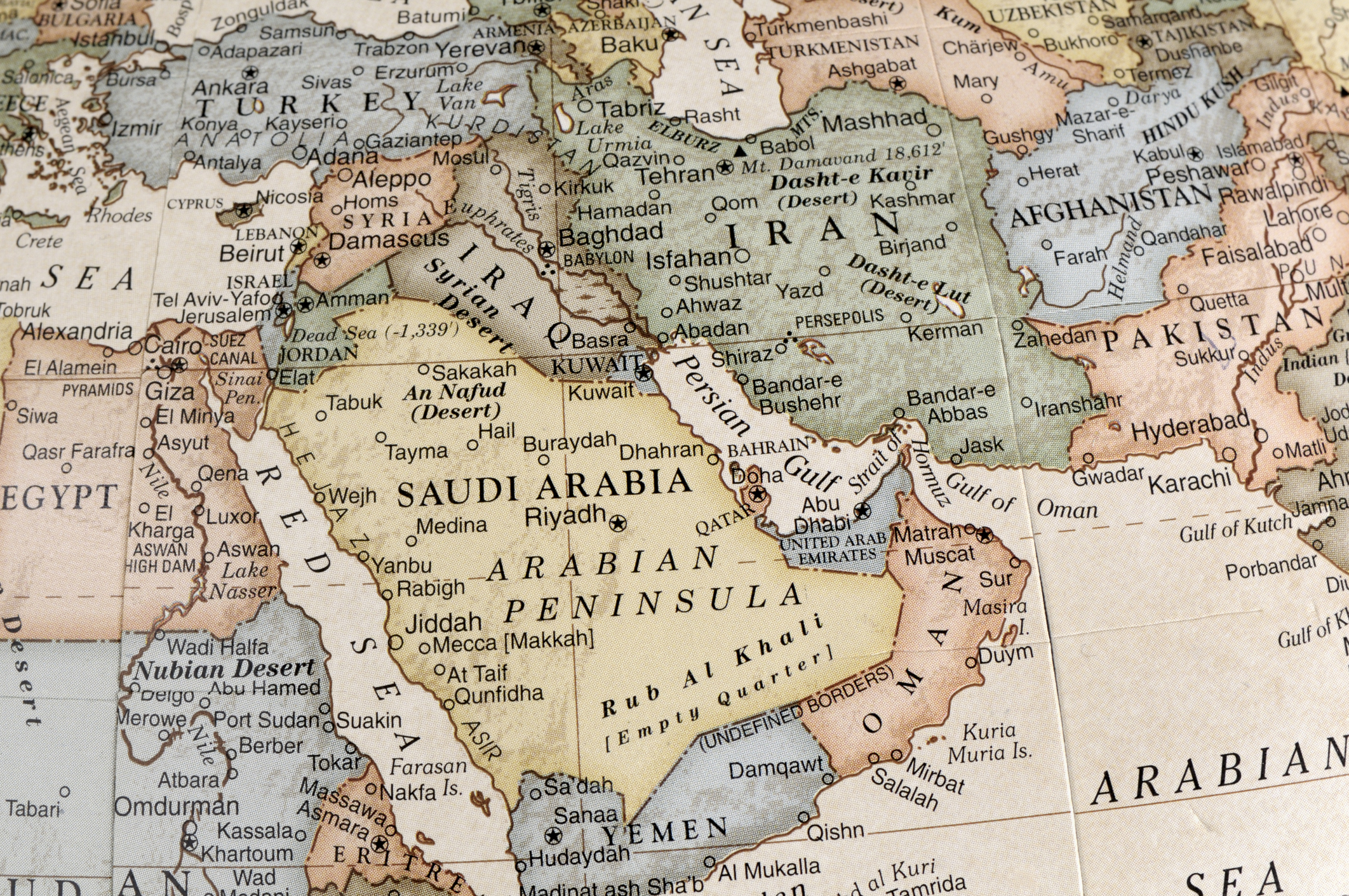 In the latest issue of Hoover’s Middle East journal, Caravan, Fouad and Michelle Ajami Senior Fellow H. R. McMaster argues that the current sentiment among many US policy makers to disengage forces from the region is shortsighted and will only result in more intense conflict over the long term.

McMaster calls for a reappraisal of US policy, arguing that stability in the Middle East is crucial to American prosperity and security. He explains that while the United States has become a net oil exporter, much of the world is still economically dependent on energy sources that are shipped through critical choke points such as the Strait of Hormuz, where conflict can disrupt global supplies. He further notes the irony behind criticism that the US should not be distracted in the Middle East but should rather focus on larger challenges posed by Russia and China.

“The Middle East is an arena for competitions involving not only those powers, but also rogue regimes and jihadist terrorist organizations; those competitions converge and interact in a way that threatens America’s security and the security of its friends in the region and in Europe,” McMaster explains.

As a salient example, McMaster cites Russia’s role in sustaining the Assad regime and prolonging the civil war in Syria. The absence of consistent and competent American engagement, he maintains, has created the conditions for a refugee crisis that has further polarized the politics of some European Union member states.

McMaster also argues that a US policy of disengagement will allow jihadists to gain home bases, from which they can acquire more destructive weaponry than in the past and launch attacks against the United States and its allies.

As the solution, McMaster calls for a sustained US military commitment that is far below wartime levels but is sufficient to resolve conflict and support diplomatic efforts, to counter and combat jihadists as well as deny them sanctuaries, and to deter aggression that threatens the United States and its allies.

“Disengagement from the Middle East’s challenges will incur a much greater cost and risk than sustained engagement aimed at preventing the region’s many crises from worsening in the near term, and assisting the people of the region with the governance, economic, and educational reforms necessary to address the causes of violence and instability in the long term,” McMaster concludes.

McMaster also favors engagement with Lebanon following the deadly blast in August at a warehouse at the port of Beirut that left hundreds dead, thousands severely wounded, and hundreds of thousands homeless.

He notes that Lebanon had already been mired in a deep political and economic crisis. During the course of the civil war in neighboring Syria, Lebanon has absorbed nearly 1.5 million refugees. The Shiite militia group Hezbollah has become an even more dominant feature in Lebanon and has supported the Assad regime against Syrian rebels.

Lebanon’s corrupt political elites have grossly mismanaged the economy and neglected the basic needs of its citizens. The Levantine country is plagued with a dilapidated power infrastructure, a garbage pollution crisis, a currency that has been devalued by more than 80 percent since October 2019, and a feeble health care system that has been further strained by COVID-19.

McMaster argues that the resignation of Prime Minister Saad Hariri and the call for new elections presents an opportunity for the United States and other Western countries to assist the Lebanese citizenry in securing a prosperous and stable future.

He holds that future aid to Lebanon should be contingent on political reform, specifically toward magnifying the rights of the Lebanese people above ethnic and religious factions; creating new rules for parliamentary representation so as to end a system that awards seats to certain parties regardless of their performance; and combating Hezbollah as a military power and suppressing its influence over government, the financial system, and the illicit economy.

America Needs to Let Go of the Middle East

Martin and Illie Anderson Senior Fellow Victor Davis Hanson makes the opposing case to McMaster’s stance on consistent American engagement in the Middle East. Hanson writes that the United States does not have significant interests and security concerns in the region, and that its allies should no longer be dependent on US intervention.

Hanson maintains that since the United States is now a net oil exporter, it does not need to worry about Iran or other authoritarian regimes disrupting or capturing a large portion of the world’s energy supply. He adds that because the Europe Union does depend on Middle East oil sources, its members states should step up and provide for their own energy security.

Hanson adds that Israel’s security doesn’t justify US ground troops in the region, as Israeli Defense Forces are sufficiently strong and sophisticated to defend their homeland. He also argues that China and Russia, over the long term, are stretched too thin and do not have the resources to dominate the region.

“For now a strong naval presence, plus US air bases in the Eastern Mediterranean and Gulf states, is keeping the peace,” Hanson writes.

Kiron Skinner and colleague Alma Keshavarz argue that the Trump administration’s brokered normalization agreements between Israel and two Arab states, the United Arab Emirates and Bahrain, could be the start of a regional strategy to isolate Iran.

They maintain that as Israel and Arabs see a deeper shared stake in peace and prosperity, it will be more difficult for Tehran to deploy an asymmetric strategy of inciting crisis in the Middle East.

“Iraq, the UAE, and now Bahrain have successfully established independent economic partnerships that would benefit their respective populations, and these partnerships will facilitate positive engagements beyond their borders,” Skinner and Keshavarz explain. “Focusing on pathways towards partnerships by overlooking differences can lead to stability and act as an obstacle for Iran’s tentacles in the region.”

A New Theater: The Eastern Mediterranean

Victor Davis Hanson also writes about the escalating tensions between Turkey and Greece over oil- and gas-rich waters that have been newly discovered in the Eastern Mediterranean.

Hanson explains that up until recently the ancient rivalry has largely been set aside, borders have been settled, and the two countries have had mass population exchanges.

He argues that it is Turkey, not Greece, that has been acting provocatively on the world stage. Turkey has refashioned the Hagia Sophia cathedral, one of the most iconic churches of Christianity, into a mosque. It has also forged closer ties with Russia and used its NATO membership to advance agendas contrary to the alliance’s objectives in the Middle East. Furthermore, tensions have flared on the Greek-Turkish border, where immigrants from Asia and Africa have camped in mass in order to seek amnesty in northern Europe.

Hanson maintains that Turkey is more likely than Greece to threaten force to advance its claims for Eastern Mediterranean energy sources. He also notes that Greece’s ascendance as a regional military power, as well as its stronger ties to the United States, has made it a confident actor against Turkish aggression.

“Add up all the contorted rivalries, histories, and overlapping alliances and loyalties, and the dispute may seem irrational, if not silly,” Hanson concludes. “But reason has seldom stopped the outbreak of war—the stuff of ancient passions, bitter history, and ethnic and religious frenzy.”

Visiting Fellow Barry Strauss writes that a dispute between Turkey and Greece over a sparsely populated island could have enormous geopolitical consequences.

Turkey doesn’t contest Greece’s claims of Kastellorizo, just 4.6 miles in area and inhabited by 500 people. However, the island is just a mile off the coast of Turkey.

Under international law, Greece is able to claim jurisdiction of an Exclusive Economic Zone (EEZ), meaning sea territory 200 miles from its coast, for exploration and exploitation of marine sources. Consequently, Greece’s jurisdiction over Kastellorizo, Strauss maintains, cuts Turkey’s EEZ by half. The stakes have been raised because of the newly discovered oil and gas reserves in these waters.

While the two sides have negotiated the dispute, they have also deployed air and naval forces to the Eastern Mediterranean.

Strauss says there is hope that the whole matter will be solved peacefully but warns that “the ripples from one small island . . . could have a large and violent effect.”

This week, Defining Ideas featured an excerpt of Crosswinds: The Way of Saudi Arabia, the posthumously published book by the late senior fellow and world-renowned scholar of the Middle East Fouad Ajami.

In this passage, Ajami profiles the reign of Abdullah bin Abdulaziz al-Saud, the ruler of Saudi Arabia from 2005 to 2015. Ajami details King Abdullah’s relationship with the Bush and Obama administrations, and the enigmatic and paradoxical manner in which the kingdom engaged regional challenges.

Following the attacks of September 11, 2001, Ajami explains, the Saudis pledged to establish oversight of charities alleged to have engaged in terrorist financing, but little came out of these efforts. They quietly embraced the US policy to deter and defeat Saddam Hussein but repudiated the second Iraq War when it got messy. Although the Saudis were incensed by the Obama administration’s decision to engage Iran and derived pleasure from seeing Iran reel from domestic unrest in April 2009, they had no interest in seeing the Shiite theocracy overwhelmed by a democratic uprising.

“‘The Saudis are second-guessers,’ former secretary of state George Shultz said to me in a recent discussion of Saudi affairs. He had known their ways well during his stewardship of American diplomacy (1982–9),” Ajami concludes. “This was on the mark. It was as sure as anything that the Saudis lamenting American passivity in the face of Iran would find fault were America to take on the Iranians. There is a congenital Saudi dread of big decisions.”

For more coverage on the region, read the latest issue of Caravan, Hoover’s digital journal on contemporary dilemmas in the greater Middle East.