Decision 2020 Report: The Past, Present, and Future of the Trans-Atlantic Alliance

In the twenty-first edition of the Decision 2020 Report, Hoover fellows analyze the policy implications of America’s commitment to Europe’s defenses, Washington’s strong stance against Russian aggression, and the state of the European Union as a capable and cohesive governing body. Friday, October 23, 2020 5 min read 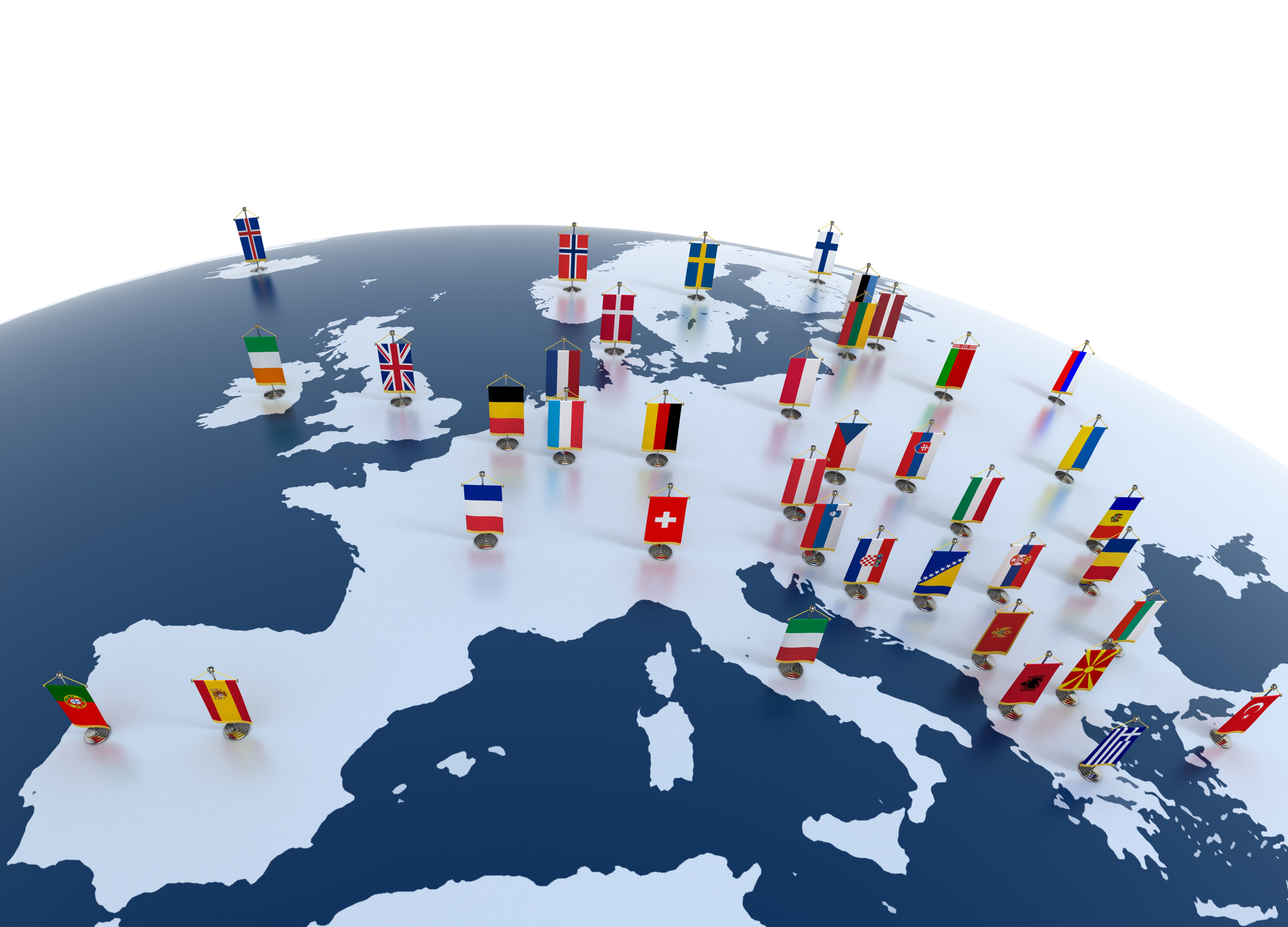 In the twenty-first edition of the Decision 2020 Report, Hoover fellows analyze the policy implications of America’s commitment to Europe’s defenses, Washington’s strong stance against Russian aggression, and the state of the European Union as a capable and cohesive governing body.

Distinguished Visiting Fellow Josef Joffe questioned whether the European Union, the world’s second largest economic entity, can ever be considered as a global strategic actor. He explains that European “unity” comes at the price of its 27 individual member states’ agency, and since the EU is bound by an unanimity requirement on major policy issues, “it will always be guided only by the lowest common denominator that all can accept.”

As a case study, Joffe illustrates the foreign policies of the EU’s most prominent states, Germany and France. When the two countries, historic rivals, have found common interest, there has inevitably been an issue about who leads and who follows.

Recently, France has been more vigorous about defending European interests while Germany has taken a passive approach in the confrontation between Greece and Turkey and in the conflict involving Azerbaijan and Armenia.

In each of these cases, French president Emmanuel Macron has taken a firm position against Turkey’s actions and influence. Meanwhile, German chancellor Angela Merkel has been careful not to provoke Turkish president Tayyip Erdogan for fear that he will unleash into Europe an influx of Middle East refugees now encamped near Syria’s border with Turkey.

“This is just a short list of Franco-German foreign-policy differences in the last few months. But it confirms the pattern: France likes to jump in, while Germany prefers to hang back,” wrote Joffe. “But if France and Germany won’t pull together, how could the other 25 EU members?”

The EU Is on Life Support

In an article for Strategika, a Hoover Institution digital journal produced by its Military History Working Group, Roger and Martha Mertz Visiting Fellow Andrew Roberts argued that the European Union has continued to prove its ineffectiveness in confronting serious policy challenges.

Roberts explained that throughout the duration of the COVID-19 pandemic, member states have imposed their own lockdown and prevention policies, and have relied on bilateral agreements, instead of their superiors in Brussels, for the production and distribution of personal protective equipment (PPE) and ventilators.

In regard to the European immigration crisis, Brussels was powerless to impose its own policy and was reduced to scolding countries for preventing the movement of massive groups of people across their respective borders.

The current negotiations over a proposed €750 billion COVID-19 bailout have also raised concerns over the European Union’s political cohesiveness. The EU’s so-called “frugal four” nations—Austria, Denmark, the Netherlands, and Sweden—are demanding a smaller relief package to be distributed as loans rather than grants and released on the condition that certain countries commit to transparent accounting of these monies.

“Although there will be a compromise, as there always is in the EU after enough negotiation and horse-dealing, the Four (who would have been a Frugal Five if Britain had not left) have a completely different attitude towards further economic integration than the other twenty-three countries,” Roberts said.

Martin and Illie Senior Fellow Victor Davis Hanson agreed with the Trump administration’s decision to redeploy American troops from Germany—where they have maintained an active presence since World War II—because of Berlin’s own foreign policy decisions and emerging geopolitical circumstances.

Hanson cited three reasons for NATO’s creation: 1) to keep Russia “out” of Europe; 2) to keep isolationist Americans “in” to help protect Europe; and 3) to keep restless Germans “down” in order to avoid a replay of the twentieth-century world wars.

Despite concerns over Russia’s political influence in Europe, Berlin has failed to meet its financial obligations of apportioning 2 percent of its GDP for Europe’s common defense. Furthermore, Hanson noted, Berlin’s subsidies of its domestic industries has resulted in trade surpluses with the United States. Meanwhile Germany accepts more than $10 billion in energy exports from Russia.

“The Trump administration says the surpluses have grown in large part due to asymmetry in tariffs and duties, with Germany the far more protectionist of the two partners,” Hanson wrote.

Hanson also explained that NATO’s main frontline threats concern one of its own members, Turkey, which has in large part sowed instability in the Middle East and has taken an aggressive posture against Greece in the eastern Mediterranean over competition for energy resources. These and other factors, Hanson argued, prove the wisdom in redeploying American troops to other parts of Europe.

Senior Fellow Russell Berman explained that Washington’s tough stance against Russian aggression runs increasingly at odds with leaders in Paris and Berlin, who prefer a softer approach to Moscow.

“The more the United States was to ratchet up the critique of Putin and pursue confrontational policies, the more stress will be placed on U.S. relations with the traditional allies on the continent,” Berman explained.

Berman contended that while Washington has been consistent with sanctions against Moscow after Russian forces invaded Crimea in 2014, in its application of the Magnitsky Act to enforce violations of human rights by the Putin led government, and in its opposition to Nord Stream 2, an energy pipeline under development that will run from Russia across the Baltic Sea to Germany, the Europeans have been reluctant to confront Moscow on these and other matters.

Macron has decided to pursue an unconditional reengagement with Moscow. Meanwhile, Merkel, whose government has imposed sanctions on Russia over Crimea. has offered at best a tepid response following the attempted assassination of Russian dissident Alexei Navalny and has slow-walked protests of Nord Stream 2.

“The point is that both Germany and France prefer to minimize damage to their relations with Russia,” Berman explained. “Any American proposals to confront Moscow more forcefully will therefore contribute to a deterioration of relations with our trans-Atlantic allies.”

Berman argued that potential missteps by Washington may push its European allies toward Moscow. He advocated that US policy makers discover ways of better aligning American and European interests.

One possible venue of cooperation is a joint diplomatic initiative to rebuild bridges with NATO ally Turkey. Such a working relationship is desperately needed, Berman believes, because it could help prevent a surge of refugees into Europe, defuse Turko-Greek tensions in the eastern Mediterranean, and build upon Ankara’s distrust of Moscow.

Italy Is a Critical Actor in European Security and Immigration

In the most recent episode of Battlegrounds, a Hoover video series which aims to inform viewers about US foreign policy from the perspective of America’s allies, Fouad and Michelle Ajami Senior Fellow H. R. McMaster spoke with Mariangela Zappia, Italy’s permanent representative to the United Nations, about her country’s role in defusing global crises including the mass migration of peoples, competition over energy resources, and conflicts involving more powerful state actors.

Zappia explained that Italy is deeply engaged in supporting the G5 Sahel, an alliance and economic development framework of five countries in West Africa: Burkina Faso, Chad, Mali, Mauritania, and Niger. In addition, Italy has worked to find peaceful solutions to the nearly decade-long war in Libya and twenty-year US-led fight against the Taliban and Al-Qaeda in Afghanistan, where Rome has deployed significant forces for NATO.

Zappia maintained that the need to address these security challenges stems from Italy’s exposure to the pressures of mass migration from Africa, the Middle East, and Central Asia. Refugees fleeing war-torn and economically distressed regions face grave dangers to their health and safety. In addition, the resettlement of these populations has created conditions for deep social divisions and fostered the growth of far-right political parties that threaten the cohesion of the European Union.

Zappia also spoke about competition between two of NATO’s members, Greece and Turkey, over gas and oil exploration in the eastern Mediterranean Sea. She explained that Italy’s objective is to promote diplomacy and equal access to these resources.

Zappia acknowledged growing skepticism in the United States toward international institutions, especially as a result of the World Health Organization’s monitoring and management of the coronavirus, but cautioned that disengagement of US leadership would allow other major state actors to fill the proverbial power vacuum. She encouraged the United States to lead reform efforts so that these institutions live up to their respective charters.

“If there is a moment that you need all of these [international organizations] it is now,” Zappia argued. “There are no national solutions. . . . The virus knows no borders. . . . We are all as strong as the one who is weakest.”

Read recent issues of Strategika about US troop deployments to Germany, the status of the European Union, and the Crisis in the eastern Mediterranean.