Decision 2020 Report: The Struggle for a Free Hong Kong

In the 17th edition of the Decision 2020 Report, Hoover fellows explore the Communist Party of China’s designs to impose authoritarian rule over what has historically been a relatively independent and free Hong Kong. Friday, July 24, 2020 3 min read

In the 17th edition of the Decision 2020 Report, Hoover fellows explore the Communist Party of China’s designs to impose authoritarian rule over what has historically been a relatively independent and free Hong Kong. 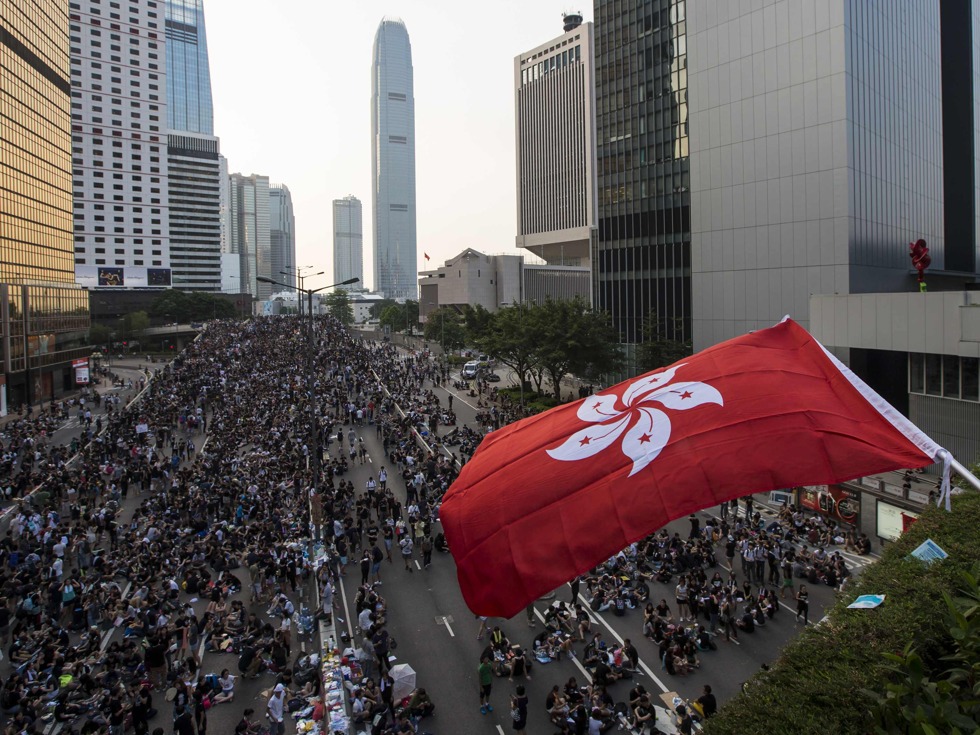 In May 1997, just as the United Kingdom was transferring the sovereignty of Hong Kong to the People’s Republic of China, senior fellow Alvin Rabushka wrote that Hong Kong‘s status as a semiautonomous region under the agreed-upon arrangement of “one country, two systems” would not last.

“The transfer, or handover as it is called by the Chinese, will decimate the political, civil, and economic liberties that define Hong Kong’s way of life,” Rabushka maintained. “More than six million residents of Hong Kong, largely Chinese, who have enjoyed an enormous degree of personal liberty in their lives will be handed over to the government of mainland China, ruled by the autocratic Chinese Communist Party.”

In the long-form essay, Rabushka bases his argument on the Communist Party’s fundamental disregard for the rule of law. He says that despite explicit guarantees of human rights and liberties in China’s constitution, these principles aren’t followed in practice. Nearly a quarter of a century ago, Rabushka was pessimistic about the long-term prospects for the freedom of Hong Kong’s people.

“The new Hong Kong will be antithetical in every important respect from the old, free Hong Kong. Within a few short years, the former cosmopolitan international city of Hong Kong will become just another coastal Chinese city. Money might still be made in the new HKSAR, but freedom will be a casualty,” Rabushka concludes.

The End of Hong Kong as We Knew It

Senior Fellow Larry Diamond tells the history of Hong Kong’s democratic struggle with Beijing since 1997 in a May 2020 article for the American Interest.

In it, Diamond explains that a 2004 interpretation of Hong Kong’s “Basic Law” ruled on by the National People’s Congress (NPC) was “worrisomely vague.” The NPC declared that universal suffrage in Hong Kong was an “ultimate aim,” but any movement toward democracy and the election of a chief executive would have to meet with Beijing’s approval.

“The NPC’s 2004 decision was a hard slap in the face to Hong Kong’s democrats. By then, Hong Kong was much richer and better educated than most societies that had made transitions to democracy," Diamond says. "Moreover, it had one of the most effective and least corrupt government bureaucracies in the world, and a long tradition of press freedom, academic autonomy, judicial independence, and rule of law. If Hong Kong was not ‘ready for democracy’ in 2004, when would it be?”

Hong Kong experienced mass protests in 2014 as a result of Beijing’s decision to unilaterally rule out democratic elections for its chief executive in 2017. Diamond wrote that while the demonstrations didn’t force the NPC to withdraw the ruling, they did spur momentum for a strong and growing independence movement.

In the most recent chapter of the struggle, the NPC pressured Hong Kong’s authorities to pass a bill in August 2019 allowing extradition of dissidents to the mainland. In May 2020, China’s National Party Congress made a national security law applicable on Hong Kong that could be applied broadly against the “subversion of state power.”

Diamond called for the United States and the rest of the democratic world to inflict a heavy price on Beijing should it decide to cross the proverbial Rubicon and eliminate Hong Kong’s liberty and sovereignty.

“Under the terms of the 2019 Hong Kong Human Rights and Democracy Act, the United States should identify the specific individuals—both in Beijing and in Hong Kong—responsible for trampling on the rights and autonomy of the Hong Kong people, and impose targeted sanctions, blocking their assets in the United States and revoking or denying visas for them and their family members,” Diamond concludes.

China Is in a Precarious Position

In a June 2020 episode of Uncommon Knowledge, entrepreneur, media publisher, and democratic activist Jimmy Lai discussed the current state of Hong Kong’s protest movement following his arrest in May for defying a police ban on participating in demonstrations.

Lai, in conversation with host Peter Robinson, argued that there is reason to be optimistic about the future of freedom for Hong Kong. He maintained that President Xi Jinping’s increasingly belligerent behavior is evidence of a China in decline. He believes that the Communist Party of China is faltering, in part because of its mismanagement of the coronavirus crisis, its overleverage of financial resources through foreign infrastructure investment in the “One Belt One Road” initiative, and its economic decline as a result of trade wars with the United States.

“The more precarious his position is, the greater he has to pose himself as a strong man to threaten the world, to show to the Chinese people how strong China is,” Lai explained.

Michael Auslin explains in an article for National Review on May 22, 2020, that should the CCP succeed in completely taking command of Hong Kong, it would completely redraw the geopolitical map of Asia.

He writes that Beijing’s move on Hong Kong cannot be separated from its stamping out of Chinese civil society or its cracking down on the Uighur Muslims or Tibetan Buddhists. Additionally, the CCP’s undermining of the “one country, two systems” principle as it applies to Hong Kong could also foreshadow a perilous future for Taiwan, which Beijing views in similar political terms.

"Beijing does not have [People’s Liberation Army] units based in Taiwan, the way it does in Hong Kong. However, as the CCP shows its willingness to bear international condemnation for subordinating Hong Kong, and its willingness to do so during a global crisis, the message to Taiwan is clear,” Auslin explains. “By reordering the geopolitical landscape in Asia through essentially absorbing Hong Kong, Beijing opens up greater possibilities for action.”

Writing in Newsweek on May 26, 2020, John Yoo and Robert Delahunty suggest that if the United States offered political asylum to residents of Hong Kong, it would strike a devastating policy blow to Beijing.

They argue that Hong Kong’s advantages are intangible. It doesn’t possess significant natural resources or industrial facilities. Rather it hosts some of the world’s leading financial, legal, and business people, whose work would provide enormous economic benefits to any society in which they choose to live.

Yoo and Delahunty explain that welcoming the people of Hong Kong to US shores would be consistent with the “parole” power President Eisenhower applied in offering asylum to 30,000 refugees fleeing Hungary in the mid-1950s.

“These actions both benefited the U.S. and underscored its moral superiority to its communist adversaries,” say Yoo and Delahunty.