In The Gulag Archipelago, Alexander Solzhenitsyn called Stalin’s gulag a system of “destructive-labor camps.” The writer who brought the gulag to light insisted that “the camps were destructive and this must not be forgotten.” Why then, following the declassification of the gulag archives, did the official mortality rates appear so low? Two scholars offered the same explanation. Monday, January 7, 2013 4 min read 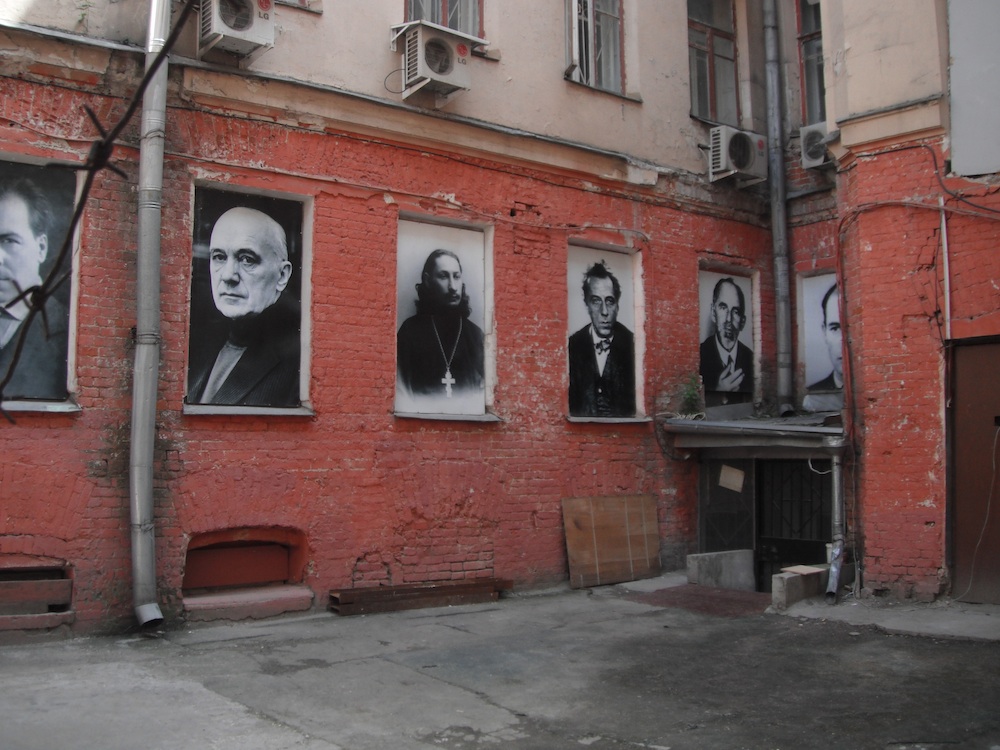 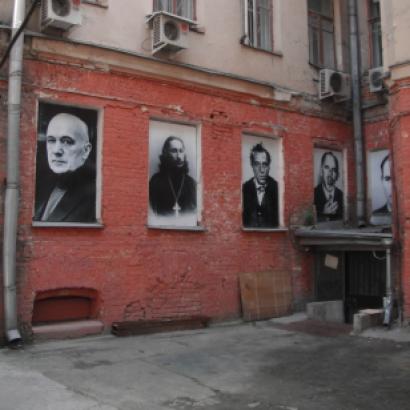 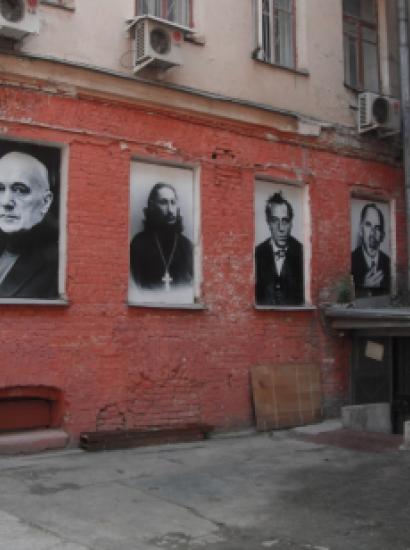 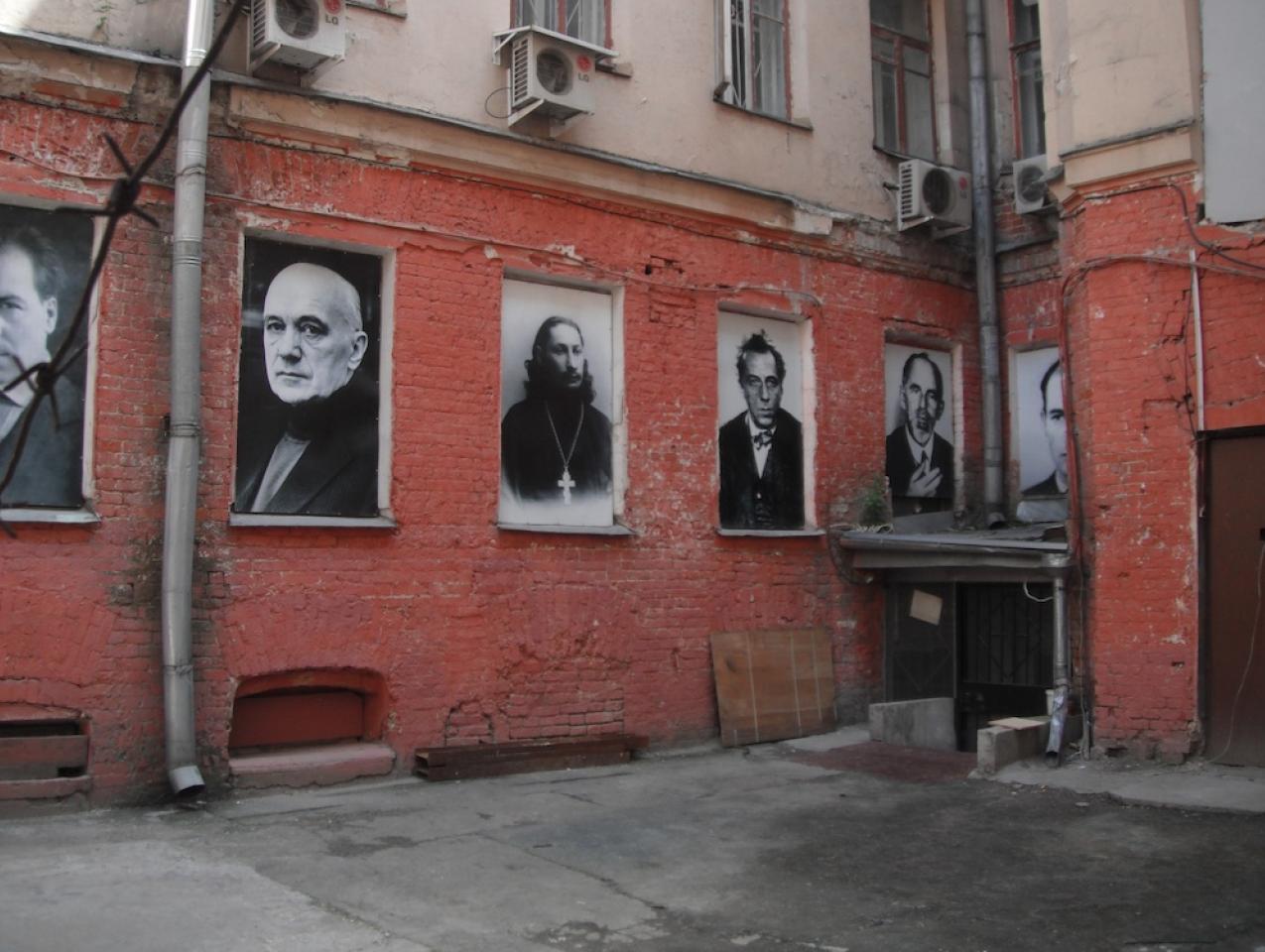 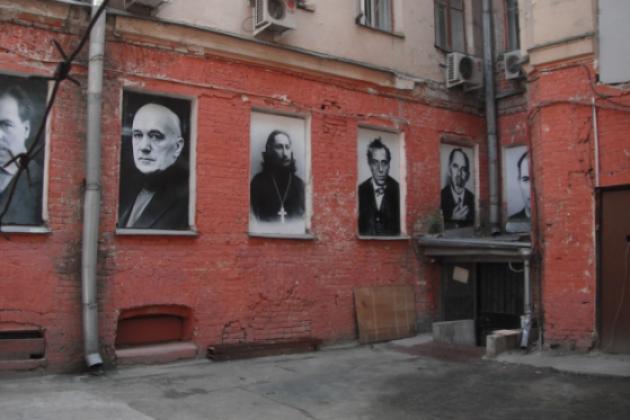 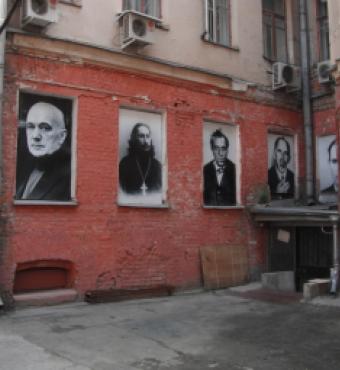 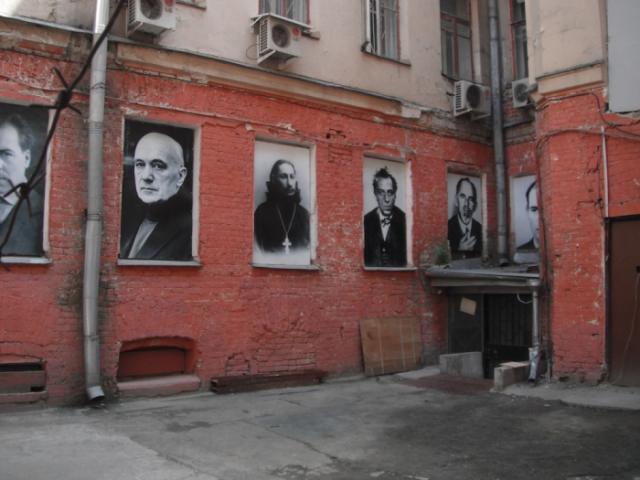 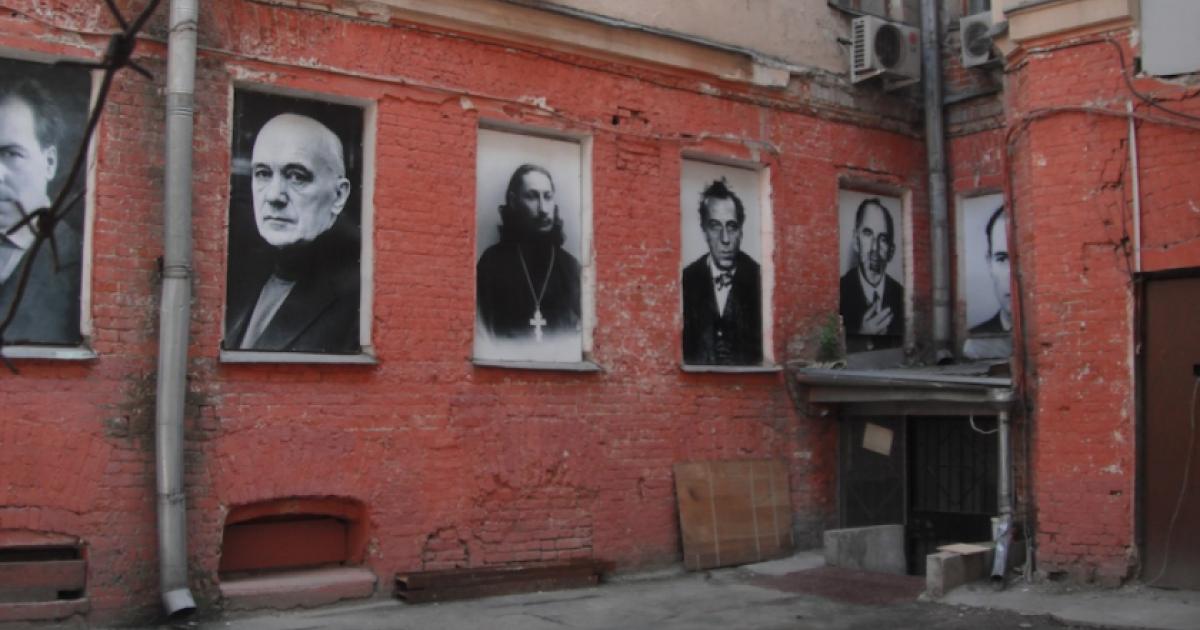 In The Gulag Archipelago, Alexander Solzhenitsyn called Stalin’s gulag a system of “destructive-labor camps.” The writer who brought the gulag to light insisted that “the camps were destructive and this must not be forgotten.” Why then, following the declassification of the gulag archives, did the official mortality rates appear so low?  Two scholars offered the same explanation. In her Pulitzer-Prize-winning work, Gulag: A History, Anne Applebaum wrote that “both archives and memoirs indicate that it was common practice in many camps to release prisoners who were on the point of dying, thereby lowering camp death statistics.”  Expert historian of the gulag Oleg Khlevniuk stated that “early release for disabled and chronically ill prisoners offered an easy opportunity to tweak the figures. … Since they did not die in the camps, they did not affect gulag statistics.”  Not only were Applebaum and Khlevniuk correct, but the release of terminally ill prisoners constituted an extraordinarily vast and routine gulag practice that deliberately concealed the camp’s destructive nature.

The gulag pushed prisoners to the limits of their physical capacities and then released them once they were completely depleted and on the verge of death. The most ailing prisoners in Stalin’s labor camp system, classified as “invalids,” were eligible for release under a provision of the Soviet legal code that allowed for the release of inmates for health reasons.  Therefore, gulag officials could reduce the costs of terminally ill inmates and boast of low mortality rates by releasing their “invalid” population. How did the gulag understand the term “invalid”? In Stalin’s gulag, invalids included inmates with the following terminal conditions: pronounced, sustained impairment of kidney functions; significantly marked senility and decrepitude; malignant tumors of the gastrointestinal tract, the respiratory tract, the reproductive organs, and other organs at an advanced stage or already far along (inoperable form); frequent epileptic seizures or clearly pronounced psychological disorders; general nutritional deficiencies that are severe, incurable, or require long-term (months) of treatment, which have developed to the point of pellagra or nutritional dystrophy.  For gulag officials, such invalids constituted a useless population that squandered resources and produced nothing to offset the costs of their detention.

Before they released them, gulag officials ensured that weakened prisoners could no longer work. In the brutal conditions of Stalin’s gulag, few prisoners were considered ailing or unwell by the authorities, and whether a prisoner was sick or not made little difference. The security police (OGPU-NKVD-MVD) routinely classified extremely frail prisoners as “work-capable.” Former prisoner Antoni Ekart described going to the camp infirmary when he felt on the verge of collapse: “The doctor looked at me, pinched my flesh, and said: ‘Too early. If people like you are admitted to hospital, then nobody will be left to do the work.’” Gulag officials isolated their invalid prisoners in separate camp sections and put them to work. Severely disabled inmates were assigned output norms; invalids who failed to meet their production targets received reduced rations. Their work involved making consumer goods, such as children’s toys and sandals.  They gathered berries to supplement camp meals and cleaned the barracks and offices.  In his classic work Kolyma Tales, Varlam Shalamov described how “one-armed men were forced to spend the entire working day in deep, loose, crystal snow, tramping down a path for people and tractors at the timber-clearing sites.”  Although some invalids could be put to work, gulag officials preferred to release them.  Invalids, the chronically ill, and others incapable of working were routinely released in a process the chekists called unloading (razgruzka).  Camps even had an unloading commission (razgruzochnaia komissiia) to verify that soon-to-be-released prisoners were indeed suffering from incurable illnesses and could not be returned to work.

As the stark descriptions of the gulag’s “invalid” category illustrate, prisoners released as invalids were already at death’s door. A gulag medical report described the condition of a fifty-two-year-old prisoner suffering from pellagra, a disease brought on by starvation. The report stated that, in 1941 and 1942, the man was hospitalized several times and diagnosed with pellagra.  He experienced severe diarrhea, a sharp decline in appetite, and dry, discolored and peeling skin. His tongue was bright red, shiny, with crack-shaped grooves, his muscles had severely atrophied, and he experienced “partial loss of movement in the upper extremities and near paralysis in the lower extremities.”  Following treatment, the man’s condition slowly improved to the point where he began to walk. He was then released from the gulag in the bleak conditions described at the end of the medical report: “Discharged for the route home with partial loss of movement in the feet and the absence of Achilles reflexes.”  In his book The Whisperers, Orlando Figes describes the fate of former kulak Ivan Bragin, who became an invalid in the camps and then died shortly after his release: “Ivan was released from the labor camp in February 1944, long before he was fit to begin his journey.  He never made it home.  A few hundred meters from the hospital he slipped and fell on the icy road and froze to death.”

The practice of releasing prisoners on the verge of death, which constituted an explicit policy of the gulag, persisted for decades.  For example, in 1935, the procurator of Dmitlag asked the USSR Procuracy whether the cases of prisoners who were being released early due to “severe, incurable or psychological illness” could be expedited. He complained that sometimes it took months for the cases of these prisoners to be processed, by which time the prisoners had often died, hurting the camp’s mortality rate. In 1945, the director of the health department for the labor camps and colonies of the Molotov oblast told her boss, the chief of the gulag’s health department: “Since August 1944, we have almost never released people as incurables [po neizlechimosti].… I think that this explains … the high mortality figure that we have at present.  We would have a lower mortality rate, if we had released people a bit earlier than we were able to.”

Since the opening of the archives, the official gulag data on camp mortality has come to light, and, as explained above, it was much lower than expected.  Mortality rates were generated as monthly or yearly averages, and typically camp officials reported that roughly 1–5 percent of the total inmate population died on their watch, although the figures reached as high as 15 percent following the 1932–33 famine and 25 percent during the war. Scholars have been justifiably cautious about that data.  Gulag bosses not only required camps to keep mortality rates within established target figures, but interpreted higher rates of mortality as the fault of camp administrators.  Given those pressures, camp officials developed ways to keep their mortality rates low, just as they exaggerated production output through padding or deception (tufta).  The Stalinist regime fully intended to mask the destructive nature of the camps by lying with the numbers.

The Soviet Union’s satirical writers were wise to the regime’s deceptive practices.  In Vladimir Voinovich’s dystopian novel Moscow 2042 the future Soviet state of Moscowrep has managed to “eliminate the death rate” through “reliable and economic means.”  One of the so-called Communites explained: “It was simply that critically ill people, as well as pensioners and invalids… were resettled to the First Ring and lived out their days there.  All that remained here were rare instances of death in accidents and of course heart attacks and strokes.  But those were also isolated instances, because people with cardiovascular diseases were also dispatched beyond the limits of the Moscowrep in good time, and if someone should happen to suffer a heart attack or appendicitis, the ambulance would rush him to the First Ring.” As is so often the case with Soviet literary satire, reality appears in Voinovich’s Technicolor.  The mortality figures that form part of the gulag documentary record were generated by a system that routinely dispatched its weakest population beyond the limits of the zone.  For all the reasons given above, the official gulag mortality rate is profoundly misleading.

The gulag had a system, conceived and designed at the highest levels, to maximally use prisoners at each stage of their physical capacity and then release then when no longer useful and on the verge of death. As Alexander Solzhenitsyn wrote in the Gulag Archipelago: “The higher-ups were sly bastards.  They released ahead of time on health grounds those who were going to kick the bucket in a month anyway.”

Golfo Alexopoulos was a W. Glenn Campbell and Rita Ricardo-Campbell National Fellow for 2007–2008 at the Hoover Institution. She has been a regular participant in the Hoover Archives Summer Research Workshop, where she has used Hoover’s gulag administration archives to study the medical treatment of prisoners. Golfo’s book, Human Material: Health and Inhumanity in Stalin's Gulag is in preparation. She teaches at the University of South Florida.