The Hoover Caravan is a product of the Herbert and Jane Dwight Working Group on Islamism and the International Order, cochaired by Hoover fellows Charles Hill and Fouad Ajami, with the active participation of John Raisian, the Tad and Dianne Taube Director of the Hoover Institution. Participants gather in a round-table discussion format to discuss various topics and ideas. The contributors write 750-word essays and columns that can be seen on Advancing a Free Society: The Caravan. Tuesday, November 27, 2012 2 min read Research Team: Middle East and the Islamic World Working Group 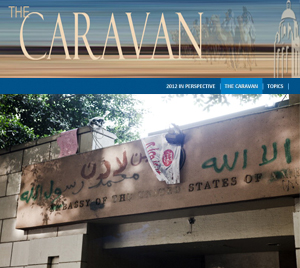 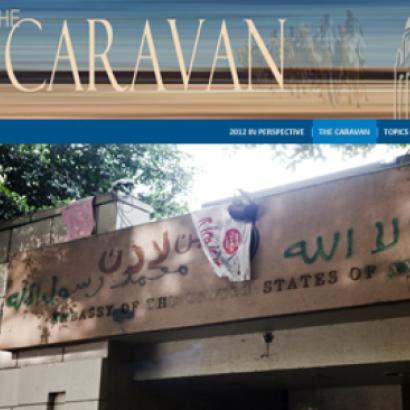 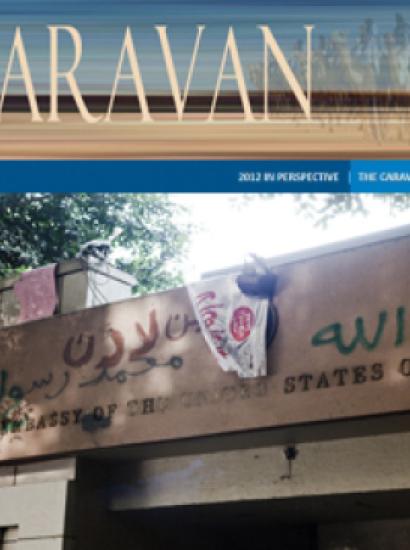 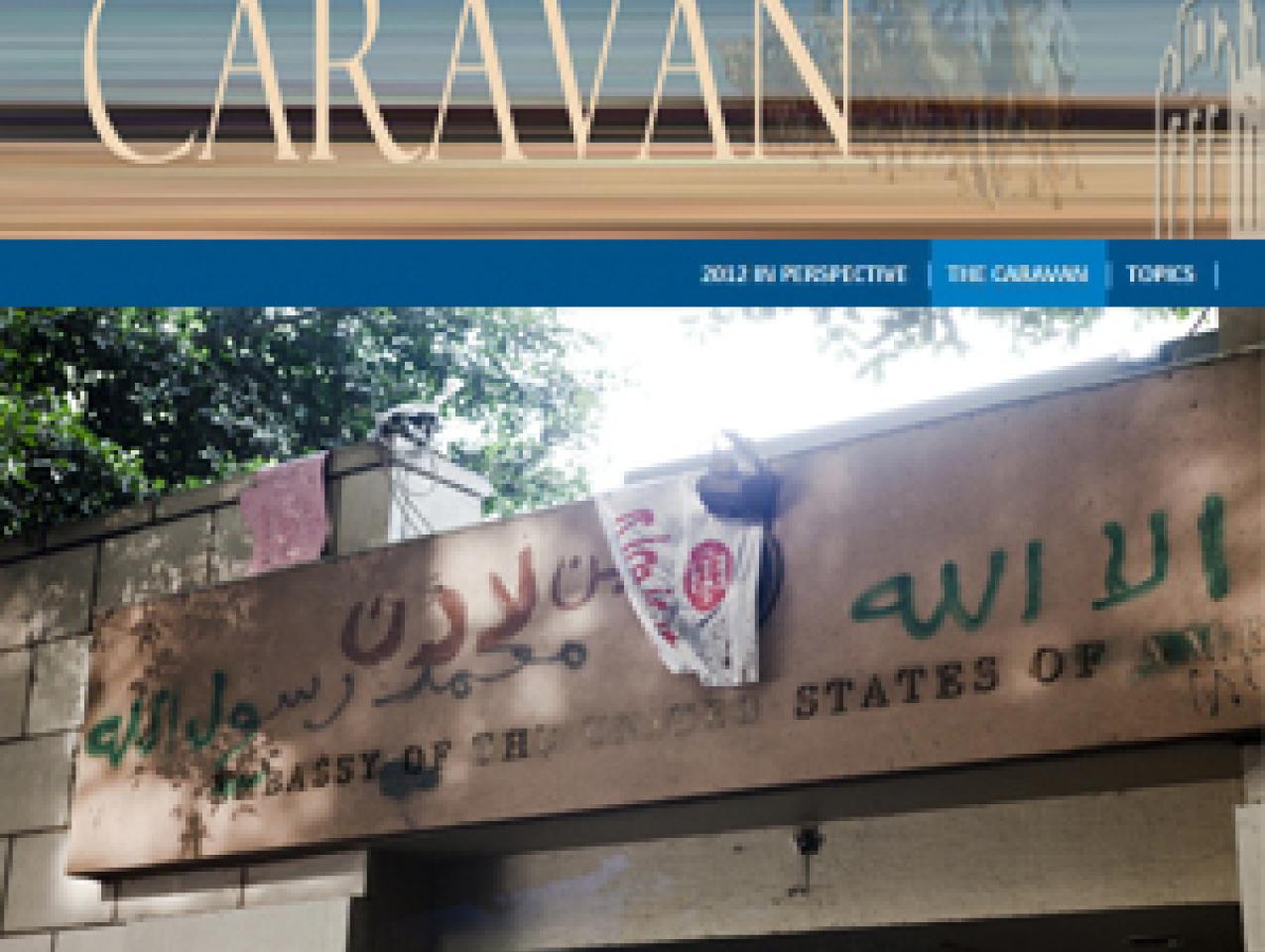 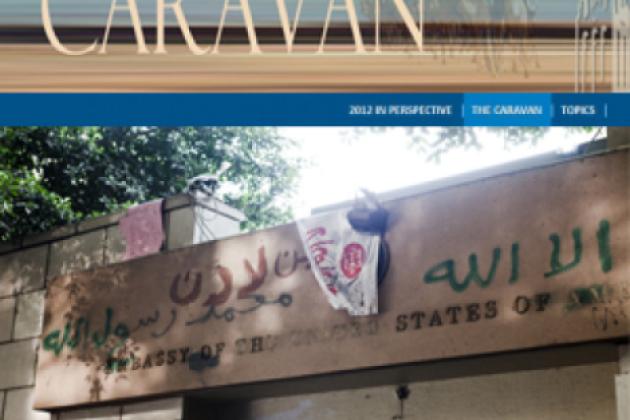 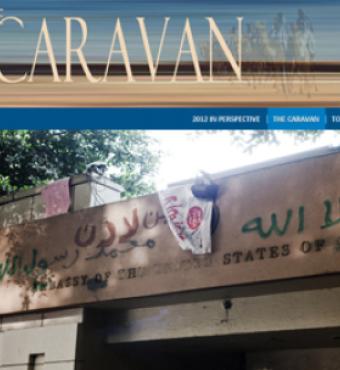 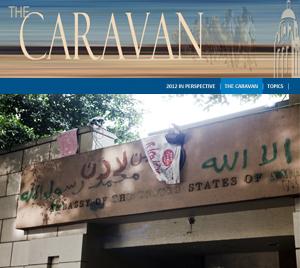 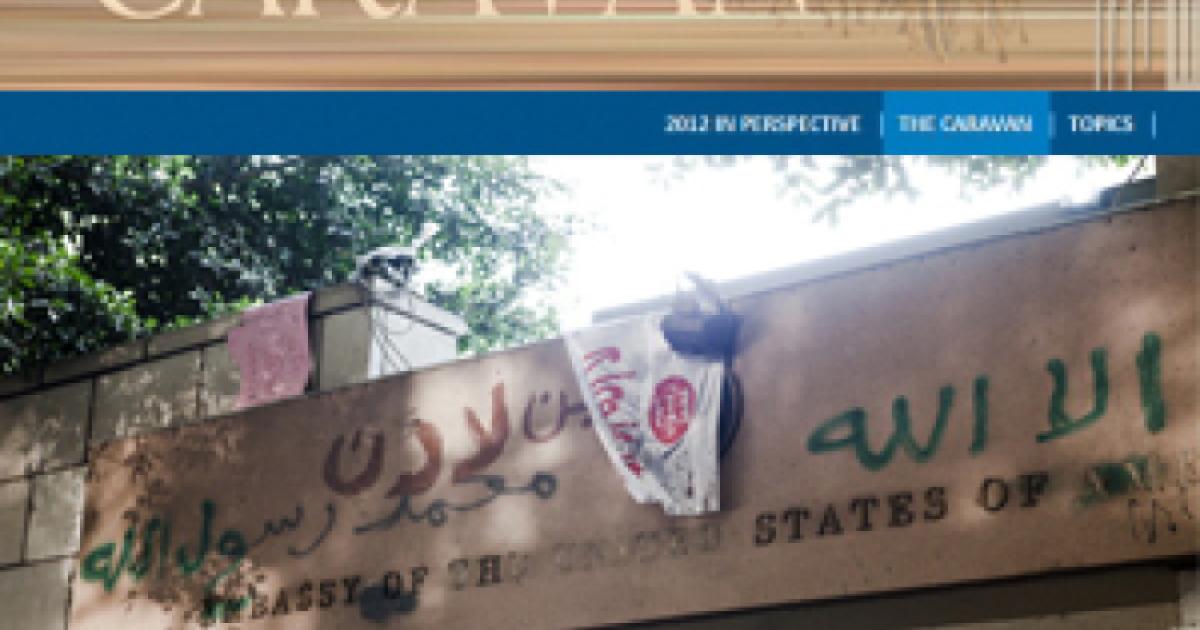 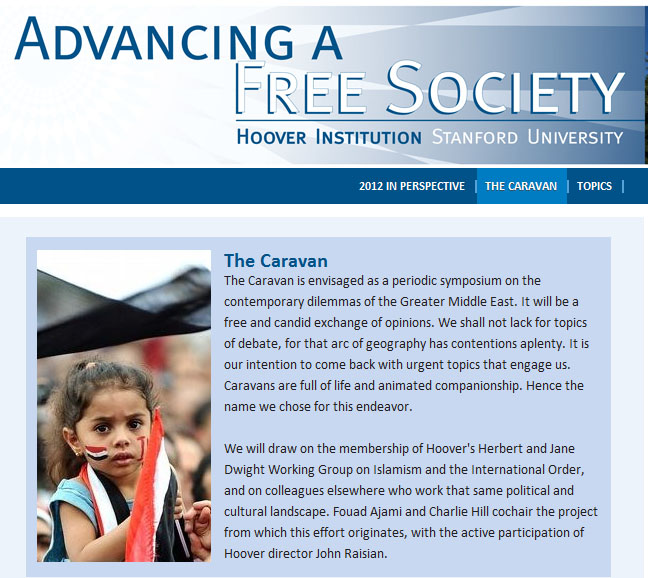 The Hoover Caravan is a product of the Herbert and Jane Dwight Working Group on Islamism and the International Order, cochaired by Hoover fellows Charles Hill and Fouad Ajami, with the active participation of John Raisian, the Tad and Dianne Taube Director of the Hoover Institution. Participants gather in a round-table discussion format to discuss various topics and ideas. The contributors write 750-word essays and columns that can be seen on Advancing a Free Society: The Caravan.

The most recent caravan is titled “Obama’s Second Term – Middle Eastern Memos.” There are ten contributors including Russell Berman, Robert Satloff, and Reuel Gerecht. Russell Berman, the Walter A. Haas Professor in the Humanities at Stanford University and a senior fellow at the Hoover Institution, urges President Obama to use the flexibility in his foreign policy agenda more wisely and adopt policies that strengthen America’s standing in the greater Middle East.  Berman feels that Obama needs to “get engaged” –to take a proactive role in promoting democratic movements, continuing the fight against the menace of terrorism, stand with Israel and against the Iranian theocracy bent on mayhem and disorder.

Robert Satloff is the executive director of the Washington Institute for Near East Policy. In his memo to the president, Satloff urges President Obama to ignore his desire for drama and heroism and instead focus on realistic achievements in the greater Middle East. It may not be glamorous, but the administration must be proactive in its approach to Syria, which is the “lynchpin of the Levant,” support pro-Western monarchies in the region, use diplomacy plus sanctions when dealing with Iran, and be cautious in his ambitions for an overall peace settlement between the Israelis and the Palestinians.

Reuel Gerecht is a former case officer in the CIA and a senior fellow at the Foundation for Defense of Democracies. Gerecht is pessimistic that the president’s new term will yield a different policy; he sees the president as having the same outlook that guided his first administration. President Obama, says Gerecht, wanted to be “liked” by the peoples of the Middle East but his policies and his olive branches did not produce the results he anticipated. He must change his tactics; he must take the lead on Syria, Iran and its nuclear ambitions, Afghanistan/Pakistan, Islamists in government.

The first caravan dealt with Syria. Participants included Asli Aydintasbas, a columnist for the Turkish newspaper Milliyet; Habib Malik, a professor of history at the Lebanese American University in Byblos; Itamar Rabinovich, a former Israeli ambassador to the United States who has been involved in high-level negotiations between Syria and Israel; and Nibras Kazimi, a visiting fellow at the Hudson Institute.

Caravan two concerned Afghanistan. Brigadier General H. R. McMaster most recently served as commander of Combined Joint Task Force Shafafiyat (Transparency) in Kabul, Afghanistan, an assignment that makes him uniquely qualified to write about the plague of corruption and organized crime in Afghanistan and the efforts of the US military and its international partners to combat this disease. Clare Lockhart, who has lived and worked in Afghanistan for several years, talked about how we must find at a new means of civic engagement in the region. Charlie Hill, a distinguished fellow at Yale University's Grand Strategy program, calls Afghanistan in the 1990s “the world's most dangerous ungoverned place” but says that US and NATO forces have made impressive progress there and thus we can't pull out “Soviet-style.”

The third caravan was titled “Talking to Islamists.” Bruce Riedel, a senior fellow in the Saban Center for Middle East Policy at the Brookings Institution, believes we must deal with the new governments in the greater Middle East in a two-tiered manner:  traditional diplomacy and a dialogue between the respective intelligence services. Marius Deeb, Middle East studies teacher at the Johns Hopkins University-SAIS in Washington, DC, believes that there is nothing to talk about to Islamists.  The young people who were the nucleus of the revolution in Egypt are nowhere to be found in the halls of government because they wished for and fought for a liberal open democracy. Leon Wieseltier, the literary editor of the New Republic, points out that the only Arab country we had a hand in shaping, Libya, did not elect an Islamist government. This is not a formula we must follow, but we would do well to remember that Arab democracy is in its infancy and that those people who rose up in Tahrir Square still have a voice and should be heard. We cannot sit on the sidelines and do nothing. “So we had better keep our heads, because democratic transformation is a species of turbulence, and this turbulence will not end soon,” according to Deeb.