The recent extension of the Troubled Asset Relief Program (TARP) through October 3, 2010, is the latest government action in more than a year of bailouts of banks and other businesses. Friday, December 11, 2009 3 min read 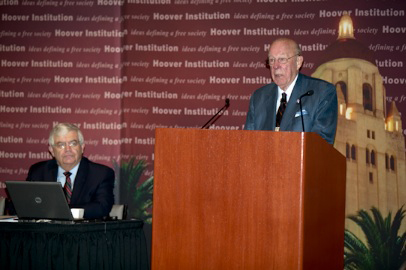 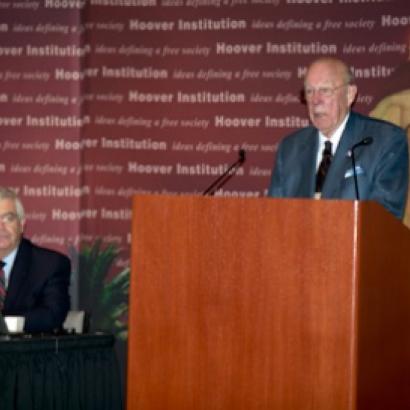 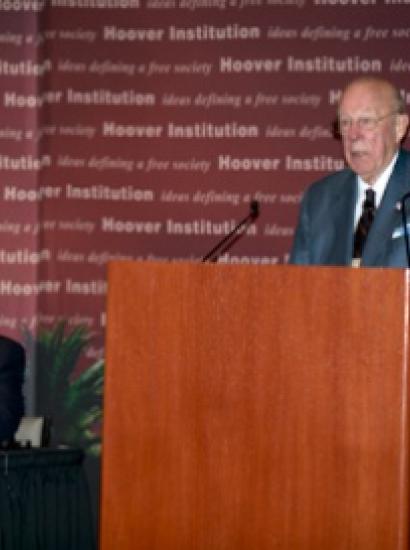 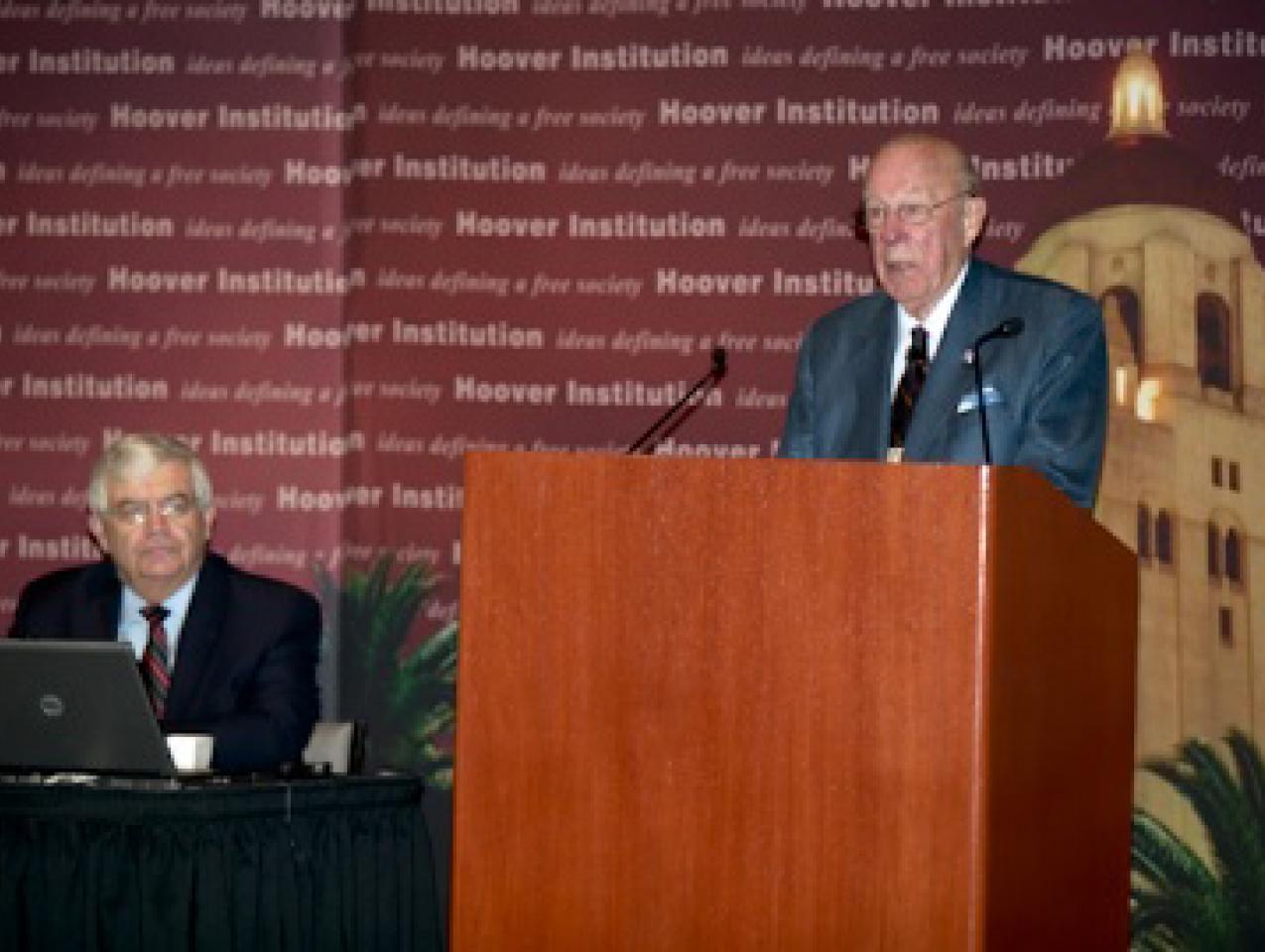 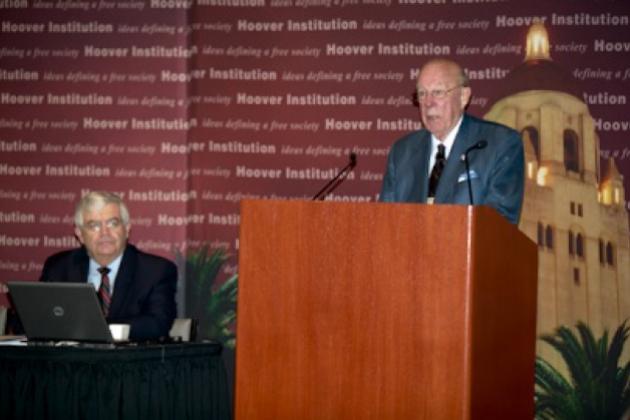 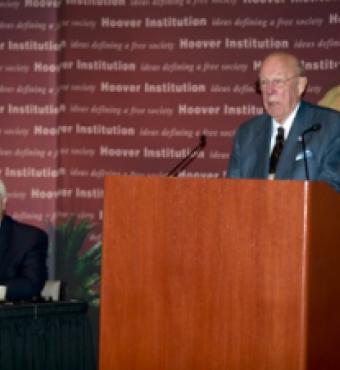 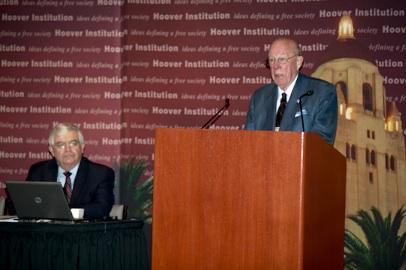 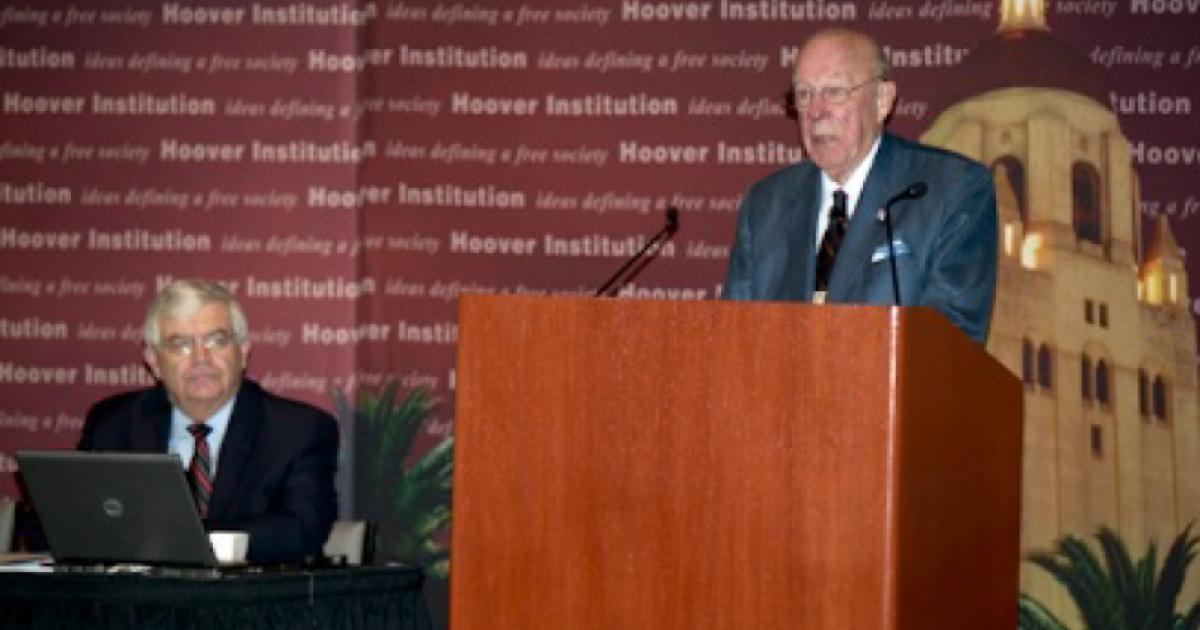 The recent extension of the Troubled Asset Relief Program (TARP) through October 3, 2010, is the latest government action in more than a year of bailouts of banks and other businesses.

Fear that failure of a large complex financial institution can cause severe damage to the economy has created a pervasive bailout mentality among policymakers in the Unites States. As a result, the federal government has committed huge amounts of taxpayer dollars, intervened in a host of normally private-sector activities, and induced excessive risk-taking by people expecting the bailout policy to continue. “Americans are understandably angry about a policy that rescues the people who take risks and fail at the expense of everyone else,” said Hoover senior fellow John Taylor, the organizer of the conference.

But how can we reduce the bailouts? As former Secretary of State George Shultz, the Thomas W. and Susan B. Ford Distinguished Fellow at the Hoover Institution, puts it, “If clear and credible measures can be put into place that convince everybody that failure will be allowed, then the bailouts, and the expectations of bailouts, will recede and perhaps even disappear.”

On December 10, a conference titled “Ending Government Bailouts as We Know Them,” was held at the Hoover Institution to propose, present, and debate such measures. (A book by the same title will be published in early 2010.)

“The way to proceed is to set a strategy designed to produce growth based on the vigor of the private sector with inflation under control,” said Shultz in his opening remarks. “One essential pillar of that strategy must deal with the current bailout mentality.” He added that the right question is “How do we make failure tolerable?”

Shultz outlined possible ideas as to how to make failure tolerable, including defining systemic risk; determining how intervention might deal directly with the issues posed by a failure; consideration of the phrase “too big to fail” and use of an escalating schedule of necessary capital ratios geared to size and matched with escalating limits on leverage; understood and transparent methods of de-linking parts of large organizations in the event that part of it failed; evaluating government subsidies; examining bankruptcy proceedings; reviewing certain financial instruments; and analyzing government actions in the private sector.

Paul Volcker, head of the President’s Economic Recovery Advisory Board, in his remarks (by video) said that he shares Shultz’s feeling “that the bailout mentality has been reinforced—become quite pervasive—after all the extraordinary and really unprecedented rescues that have taken place in the past year or more, not just in the United States but in the world.”

In his approach to addressing the problems in the system while keeping the strength of the private markets, Volcker noted a distinction between commercial bank and capital markets. “Commercial banks have a long history—decades, centuries—because of the basic nature of their function of being protected and supervised one way or another by governments and central banks,” said Volcker. Capital markets, however, have not enjoyed the same kind of protection or regulation. Volcker raised the idea of a resolution authority in liquidating a failing organization. Commercial banks might be excluded from this option, but preventing them from getting “involved heavily in essential capital market activity,” he said, would minimize their risk.

The conference featured presentations by leading experts from academia, government, and business.

The question of reconsidering the regulatory system, particularly as it relates to systemically important financial institutions (SIFIs) was raised by Kimberly Summe, general counsel of Partner Fund Management and adjunct professor of law at the Stanford Law School, in the session “Lessons Learned from the Lehman Bankruptcy and the Financial Crisis.”

Darrell Duffie, Stanford Graduate School of Business in the session “A New Contractual Approach to Restructuring Financial Institutions,” discussed different approaches to the “automatic” out-of-court recapitalization of financial institutions whose distress may pose risks to the economy.

John B. Taylor, Bowen H. and Janice Arthur McCoy Senior Fellow, noted that the phrase “systemic risk” has not been clearly defined in his presentation “Defining Systemic Risk Operationally.”

The question of creating a new regulatory system to deal with failing SIFIs or use existing or modified bankruptcy laws were discussed by William F. Kroener, Sullivan & Cromwell, LLP and Chuck Morris, Federal Reserve Bank, in “Expanding FDIC Resolution Authority” and Tom Jackson, University of Rochester professor, in “A Proposed Chapter 11F.”

“Distinctions must be made between things that are critical and things that are merely important—and the safety and soundness of the financial system is indisputably essential,” said the former Secretary of the Treasury Nicholas Brady, chairman of Darby Overseas Investments Ltd., in remarks he made at the luncheon. Drawing on his experience as both a practitioner and a government regulator, he made several observations regarding the financial crisis.

Brady pointed out that before something can be fixed it must be understood. In the past risks were ignored, the current equilibrium of the financial markets allows time to resolve issues so that they are not repeated. In addition, Brady noted that size, if the institution is sound, is not necessarily a problem, but a combustible mix of activities, such as banks running hedge funds and running prop desks for their own account, is problematic. He cautioned against structuring a regulatory system based on formulas. Brady also noted that the “backbone of the financial system is the banks with which Americans have a personal relationship.”

Among his recommendations, Brady suggested that the United States “strive for a simpler system financed by deposit-based institutions at its core.” The shadow banking system would continue to introduce new concepts and fund itself without federal guarantees, he said. “Institutions that currently straddle the two funding markets would have to choose which type of business to pursue,” said Brady. He also proposed creating impenetrable firebreaks between institutions in the deposit-based system and those in the shadow banking system.