Democracy was the topic of remarks by former U.S. secretary of state Condoleezza Rice at the Hoover Institution May 2009 retreat dinner on May 26. Friday, May 29, 2009 2 min read 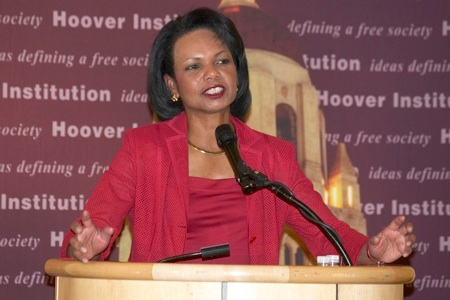 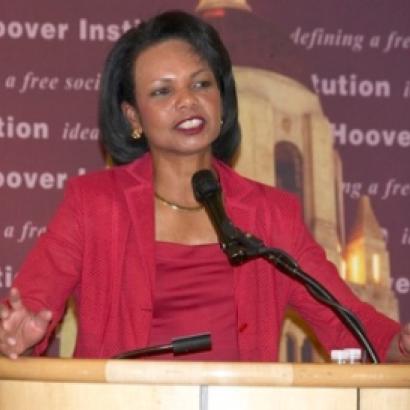 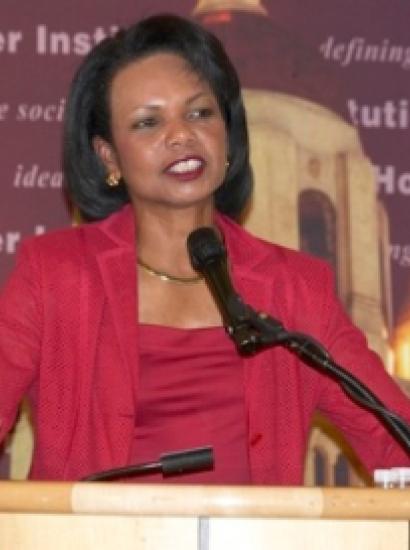 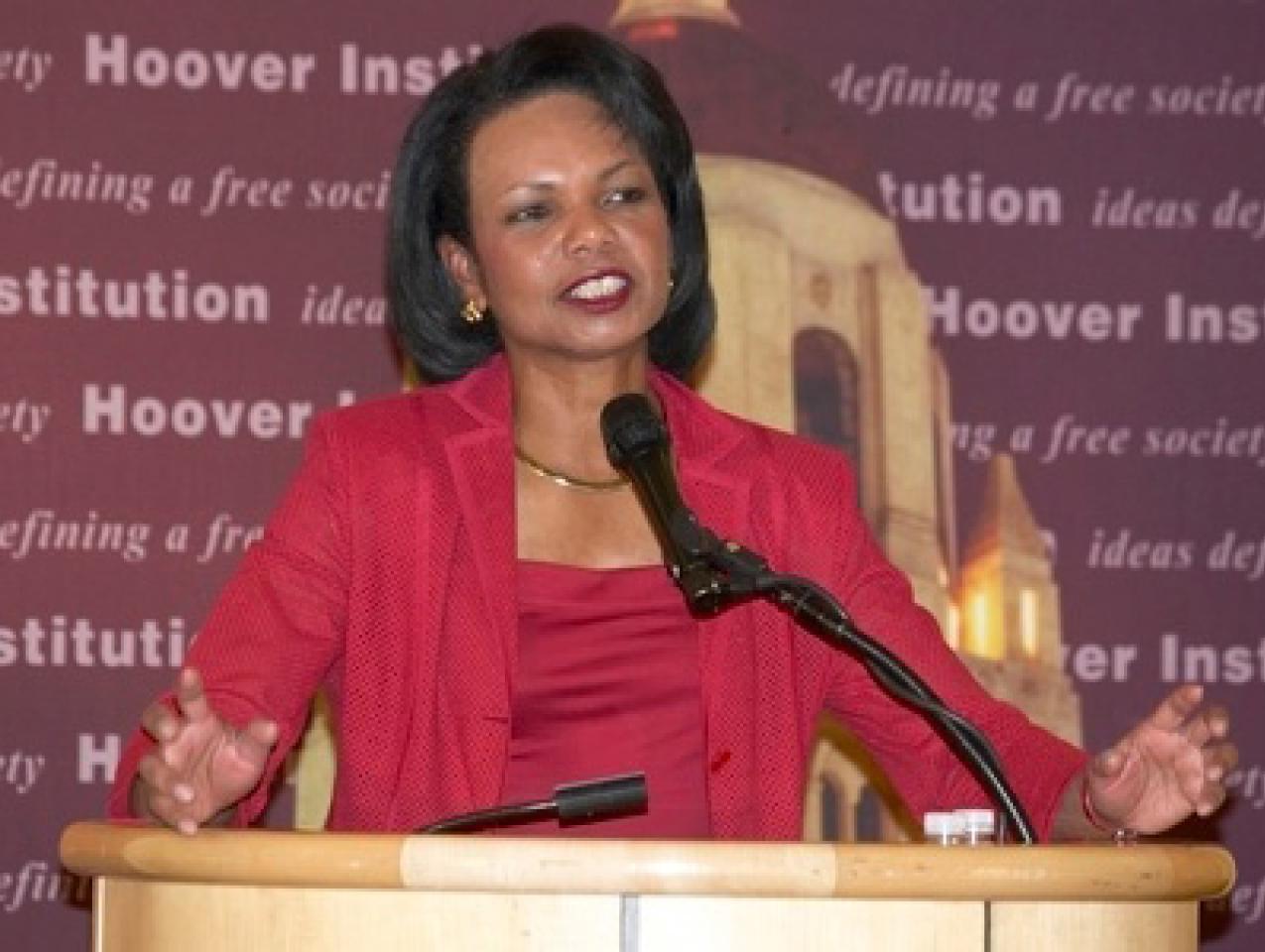 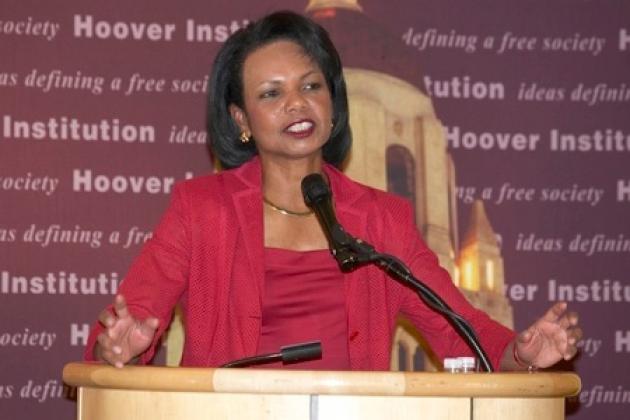 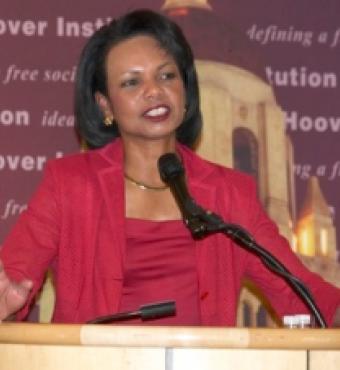 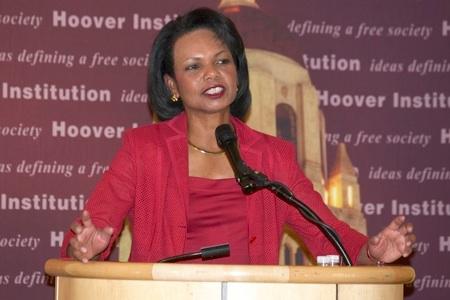 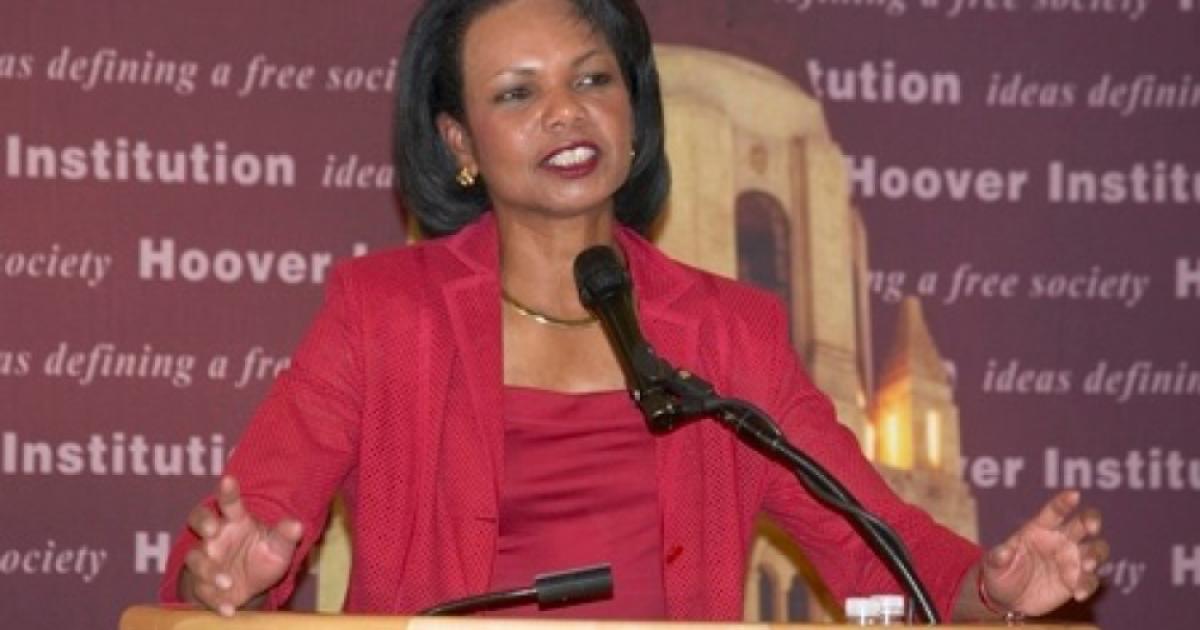 Democracy was the topic of remarks by former U.S. secretary of state Condoleezza Rice at the Hoover Institution May 2009 retreat dinner on May 26.

In “Why Democracy Matters,” Rice outlined reasons for promoting democracy in other countries, including a moral imperative on those living in democratically run countries to help others and the advantages that a change to democracy offers those living in tyrannies. Rice also said there is a concern for national security, noting that those who live in the absence of democracy will practice politics outside political institutions.

Rice is the Thomas and Barbara Stephenson Senior Fellow on Public Policy at the Hoover Institution and a professor of political science at Stanford University.

The focus at the retreat was on the economy. Many of Hoover’s top economists spoke on the causes of the financial crisis and its consequences.

“Is Capitalism Dead?” asked Hoover research fellow Russell Roberts. He assured the audience that capitalism in not dead but that there are challenges to it. Roberts discussed the push for increased home ownership, which caused the mistakes in the public and private sectors that led to the current problems, such as interest rates set incorrectly, public policy that encouraged bad decisions, and the overreach of the market. Roberts cautioned, however, against more market regulation, noting that “people will learn if allowed.”

“The threat of huge increase in federal debt should be a wake-up call,” said John Taylor in his remarks titled “The Road ahead for the Fed.” Taylor, the Bowen H. and Janice Arthur McCoy Senior Fellow and Stanford University economist who authored Getting Off Track: How Government Actions and Interventions Caused, Prolonged, and Worsened the Financial Crisis (Hoover Press, 2009) and contributed to the forthcoming The Road ahead for the Fed (Hoover Press, 2009), warned that the exploding debt could do more damage to the economy than the recent financial crisis.

In “Get Ready for Tax Hikes in 2011 and Beyond,” Alvin Rabushka, the David and Joan Traitel Senior Fellow at the Hoover Institution, said that the tax proposals under consideration by the current administration are too numerous to recount. He noted that there are not only direct taxes to worry about, but hidden ones, such as the value-added tax.

Hall and Lazear offered encouraging words on the economy’s stabilizing, but Cogan and Hoxby were more cautious, noting that the increased federal debt and public policy were problems for the recovery. John Raisian, the Tad and Dianne Taube Director, moderated the panel.

In addition to discussions of economic concerns, the retreat included talks on environmental regulation and American foreign policy.

The EPA ruling that carbon dioxide is now an official pollutant was discussed by Richard Epstein, the Peter and Kirsten Bedford Senior Fellow and Property Rights, Freedom, and Prosperity Task Force member, in his presentation, “Carbon Dioxide, the Pollutant: The Brave New World of Environmental Regulation.” Epstein raised concerns about the problems of implementing resulting environmental regulations, which will require cooperation that may be difficult to attain.

In “American Foreign Policy: Enduring Challenges, No Easy Answers,” Stephen Krasner, Hoover senior fellow, reviewed the international political conditions. The United States is still the leading country, with no state rivals, Krasner said. He added that this is also a historically unprecedented period in which there are no direct rivalries among major powers and that the major international challenge is the threat of premodern, weak, failed, or malevolent states. “State-building remains the major foreign policy challenge for the United States,” Krasner said.