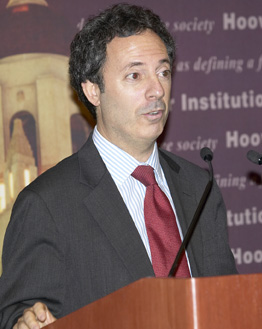 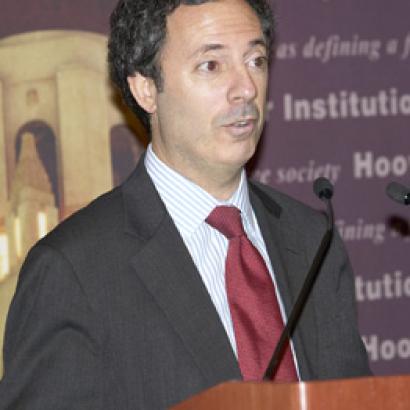 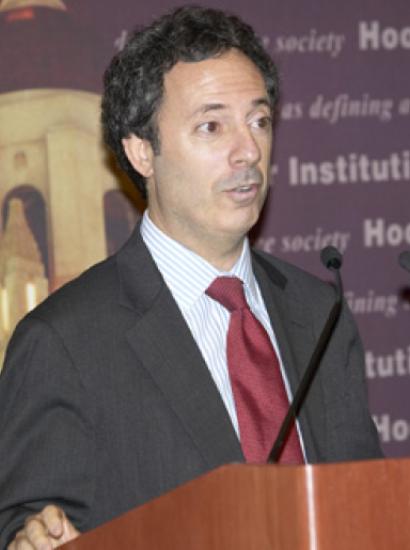 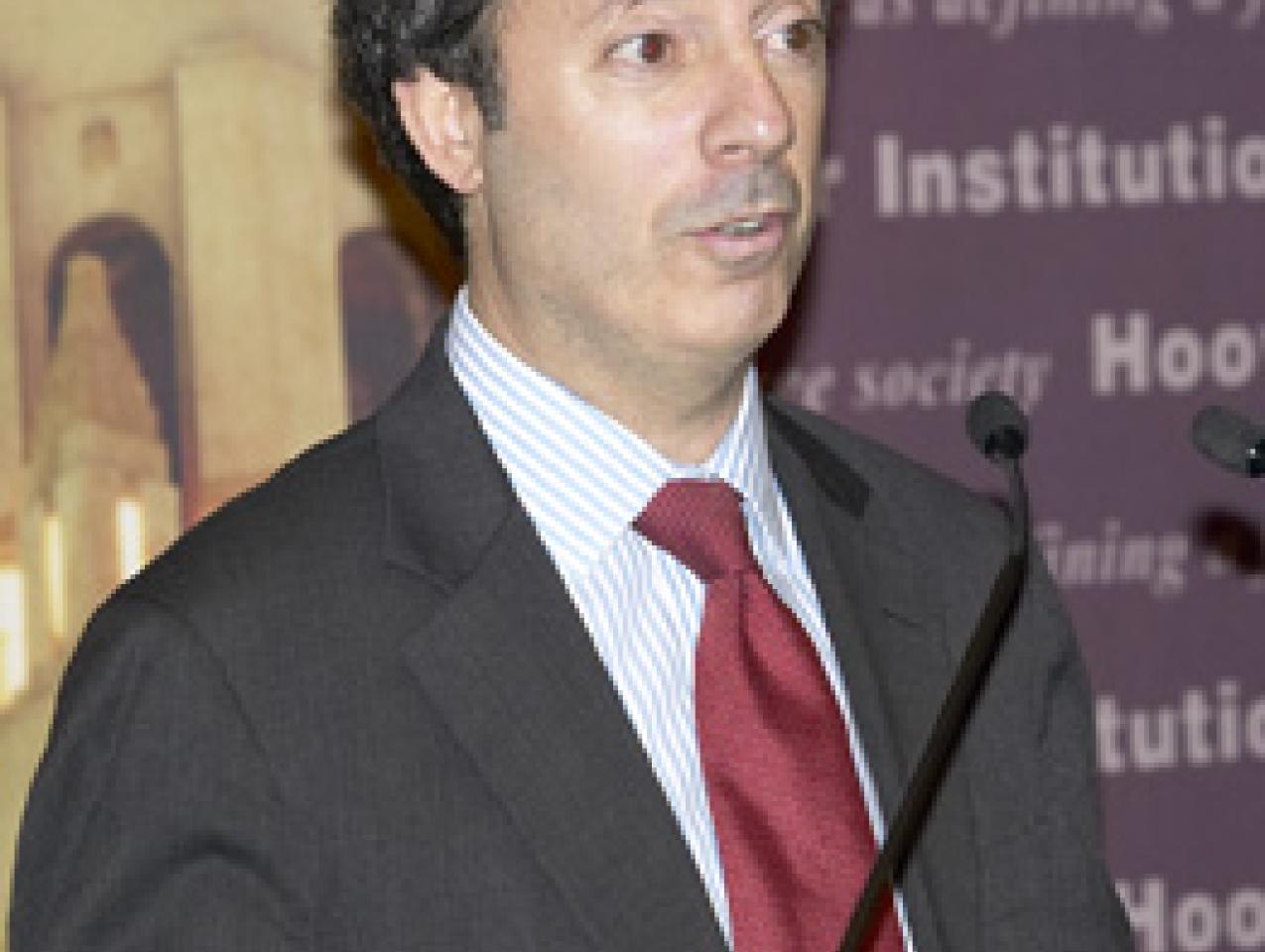 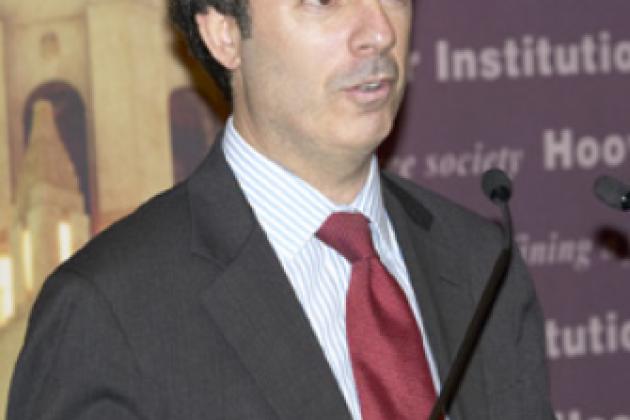 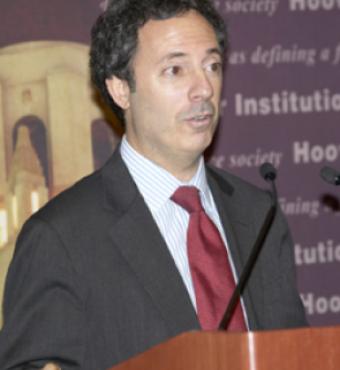 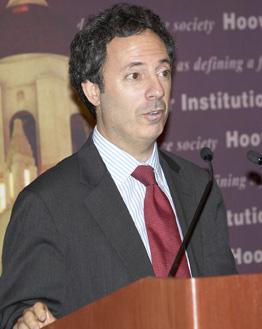 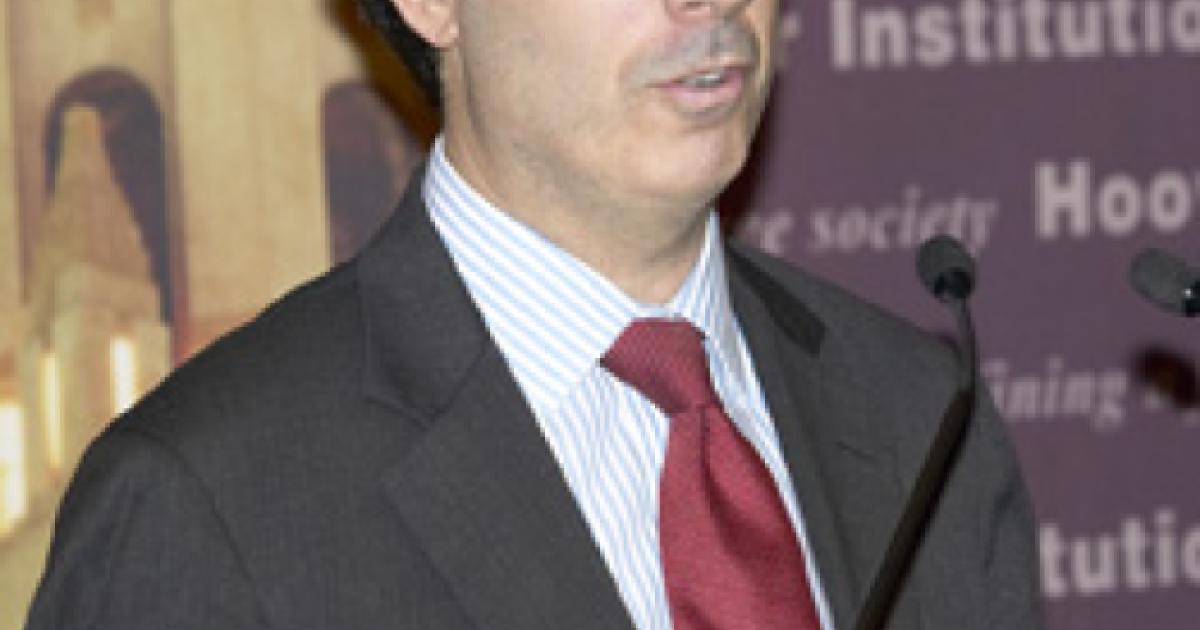 Members of the Hoover Institution’s recently established Koret-Taube Task Force on National Security and Law held their inaugural dinner January 10 during which the formation and goals of the new task force were discussed.

In his welcoming remarks, John Raisian–the Institution’s Tad and Dianne Taube Director–discussed what Hoover’s new multitask force initiative looks like and where this particular task force fit into the plan. During his remarks, Raisian spoke of the success of the first task force at Hoover, the Koret Task Force on K–12 Education. The accomplishments of that task force, he said, serve as a model for the other task forces, including the one focusing on national security and law. In addition, Raisian said, the other eight task forces, which are in various planning and start-up stages, address a wide range of issues, including the values of a free society, private property rights and energy.

Task force chairman Peter Berkowitz, the Tad and Dianne Taube Senior Fellow, discussed the launch of the national security and law task force in his before-dinner remarks. In regard to the task force’s development after the September 11, 2001, attacks, Berkowitz said that the war against Islamic extremism posed formidable challenges for the American legal system, in part because the United States was confronted by a threat unlike any other in its history. For example, the “new enemy” is not part of a nation- state, does not fight in uniformed troops against other armies in uniformed troops, and does not limit itself to conventional armed conflict but instead targets civilians or operates in civilian areas, and its threat could continue for decades.

All those reasons, Berkowitz said, suggested to him a crucial limitation in a major assumption of the past 350 years: that nation-states were the principal actors in war because only they had the capacity to commit such acts. That assumption is no longer valid, he pointed out, because bands of fanatics around the world can organize and threaten countries such as the United States, which forces us to rethink our national security. “In a nutshell, both the criminal law and laws of war seem to apply to terrorism, but neither body of law applies adequately or completely,” Berkowitz said.

Concerns such as these, Berkowitz said, informed the development of the edited volume Terrorism, the Laws of War, and the Constitution, with all the books’ contributors agreeing that the difficult legal questions raised by jihadist terrorists require, among other things, crafting a new legal architecture to meet the challenges of the war on terror. Consequently, the Koret-Taube Task Force on National Security and Law was formed to study this issue and others, such as rethinking the laws of war and clarifying the spirit in which we should be thinking about the terrorist threat.

The task force will address three broad areas in its research, Berkowitz added. The first is, how do the September 11, 2001, attacks and struggle against jihadist terrorism challenge the dominant assumptions on which criminal law and the laws of war rest? Second, in responding to the challenges of balancing liberty and security in a post-9/11 world, what is the proper division of labor among the three branches of government? And third, what are appropriate laws for dealing with terrorism?

Members of the task force introduced at the dinner include Kenneth Anderson, professor of international law at Washington College of Law, American University; Philip Bobbitt, professor of law and director of the Center for National Security at Columbia University; Jack Goldsmith, the Henry L.Shattuck Professor of Law at Harvard University; Hoover senior fellow Stephen D. Krasner, the Graham H. Stuart Professor of International Rights at Stanford University; Jessica Stern, academic director of the Program on Terrorism and the Law at Harvard Law School; Matthew Waxman, associate professor of law at the Columbia Law School; and Benjamin Wittes, columnist and fellow and research director in public law at the Brookings Institution. Task force member Ruth Wedgewood, the Edward B. Burling Professor of International Law and Diplomacy at Johns Hopkins University, was unable to attend.