The Hoover Institution’s Koret-Taube Task Force on National Security and Law, which examines the rule of law, the laws of war, and American constitutional law with a view to promoting proposals that strike an optimal balance between individual freedom and the vigorous defense of the nation against terrorists both abroad and at home, met June 10 and 11. Wednesday, June 9, 2010 2 min read Research Team: National Security & Law Task Force 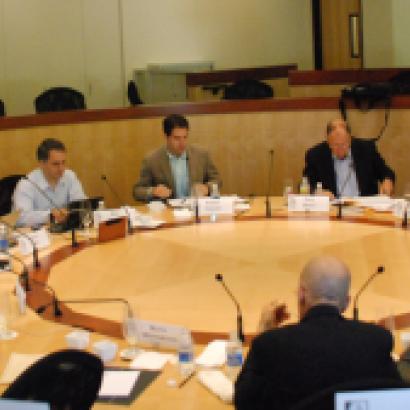 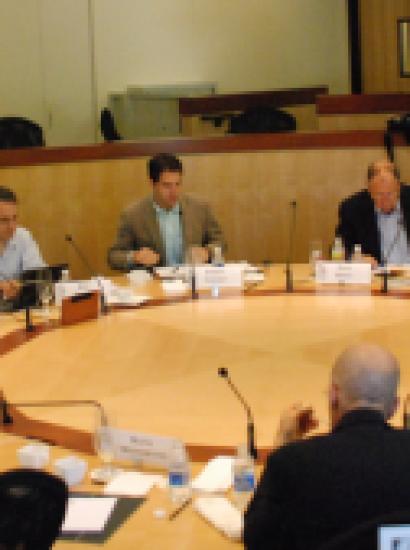 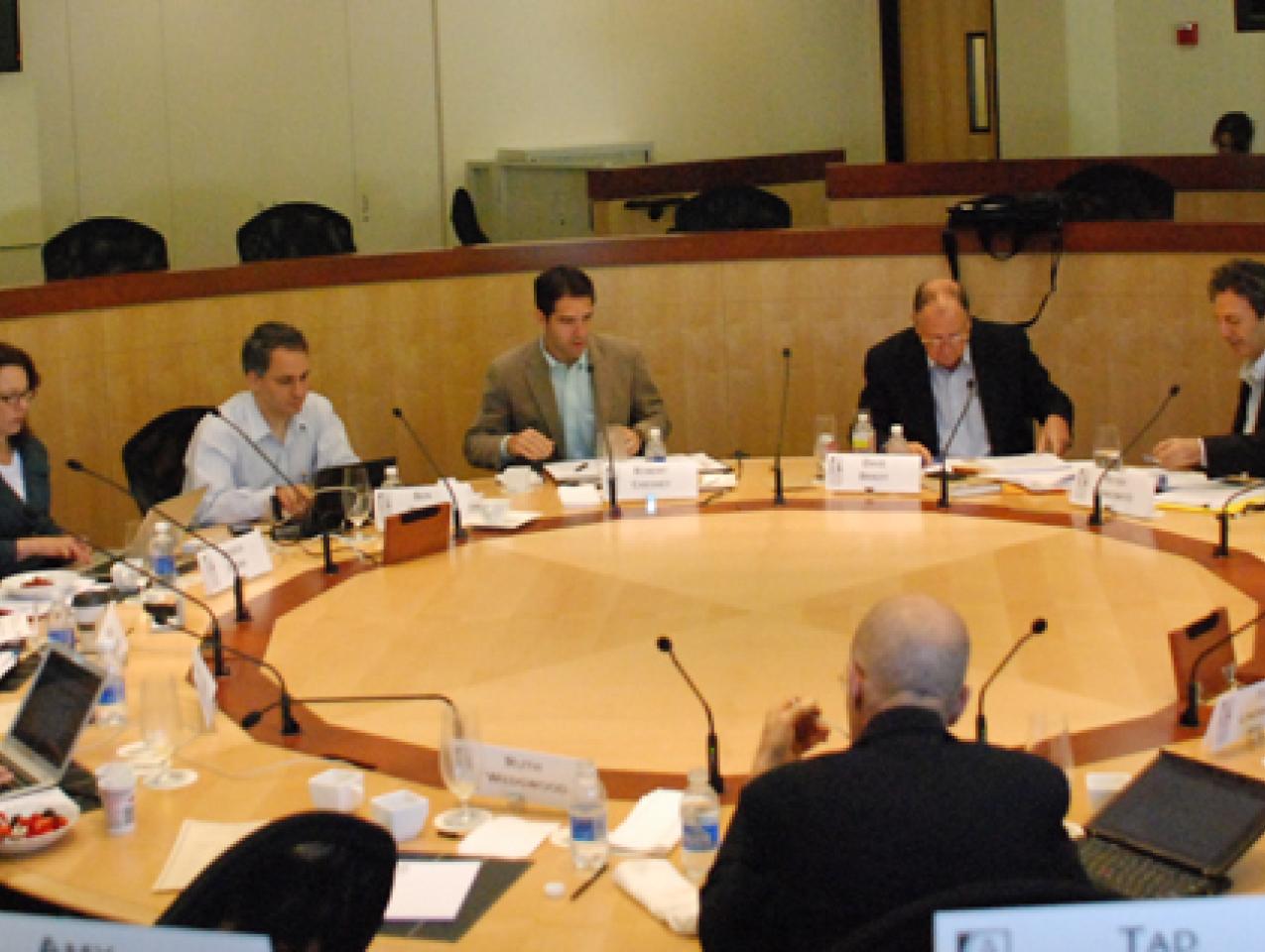 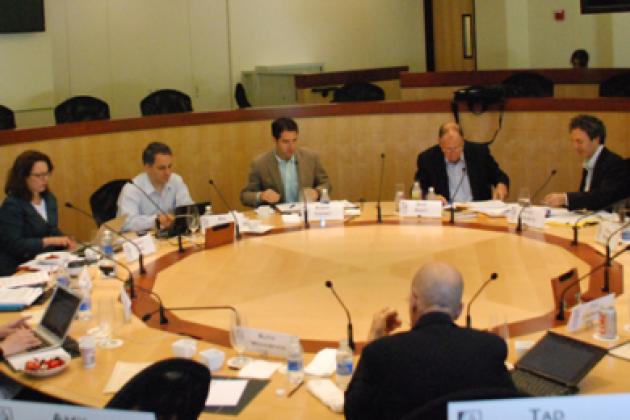 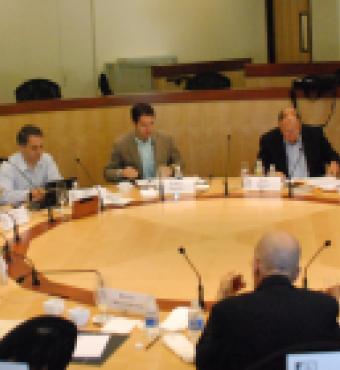 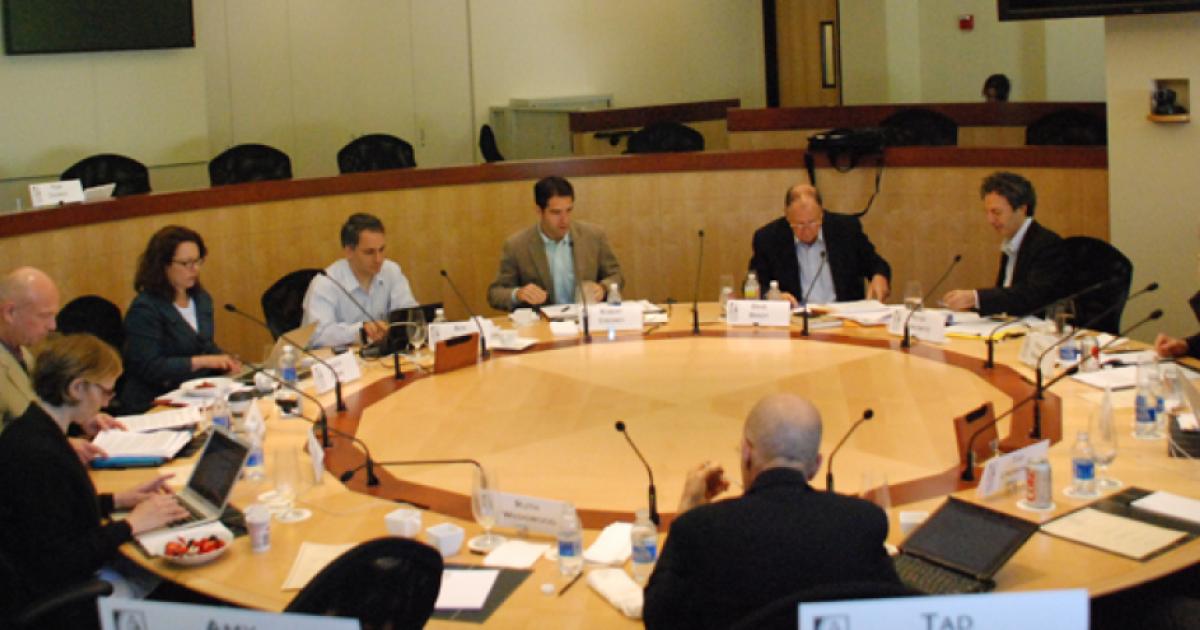 The Hoover Institution’s Koret-Taube Task Force on National Security and Law, which examines the rule of law, the laws of war, and American constitutional law with a view to promoting proposals that strike an optimal balance between individual freedom and the vigorous defense of the nation against terrorists both abroad and at home, met June 10 and 11.

National security law specialist Robert Chesney joined the national security and law task force meeting to discuss military detention. Chesney’s discussion was drawn from his forthcoming paper, “The Actual Practice of Military Detention: Lessons from the American Experience in Iraq, 2003–2010,” in which he examines the relationship among various formal legal frameworks relating to military detention and its practice in the field through the lens of the evolving American experience in Iraq. Chesney is a professor with the University of Texas School of Law. He also recently served in the Justice Department in connection with the Detainee Policy Task Force created by Executive Order 13493.

Other topics addressed by the task force during the meeting included a discussion of the Goldstone Report, recruitment of Somalis by al Shabab, and targeted killing and drone warfare.

“The controversy over the Report of the United Nations Fact Finding Mission on the Gaza Conflict, or, as it is more commonly known, the Goldstone Report, seems to have died down,” said Peter Berkowitz, the Tad and Dianne Taube Senior Fellow at the Hoover Institution and chair of the task force. “Yet the fundamental issue the report raises has scarcely been noticed, let alone openly and thoroughly debated.” Berkowitz believes the crux of the controversy over the Goldstone Report concerns the right and the responsibility of states to make binding decisions about war and peace, including the crucial judgment in asymmetric warfare concerning what constitutes a proportional use of force.

After assessing a number of possible resolutions to the controversy over the reach of states’ rights and the scope of their responsibilities in military affairs, Berkowitz proposes that resolving the controversy revolves around judgments about whether nation-states or international institutions should have primary responsibility for decisions about when to go to war, what constitutes a proportionate exercise of force, and how to safeguard human rights. Further, Berkowitz believes that the question turns on conflicting understandings of politics, justice, and the best means in the world, as it currently exists, for securing individual rights.

Research on terrorist recruiting efforts was the topic of Jessica Stern, a lecturer on counterterrorism at Harvard University. She pointed out that a series of failed or foiled terrorist plots in the United States in the last year demonstrate that the United States is not immune to homegrown “jihadi” terrorism. The cases are diverse—from the seemingly well-integrated Pakistani immigrant Faisal Shazad, who is accused of attempting to detonate a car bomb in Times Square, to the five American-born youth picked up in December in Pakistan, where they were allegedly intending to train to fight U.S. forces in Afghanistan.

One area of particular concern to the U.S. government, Stern noted, is the Somali immigrant community from which some young men have been recruited to fight alongside al Shabab, a radical Islamist organization that controls southern Somalia and claims to be aligned with al Qaeda. Although the men do not seem to be plotting attacks in the West, Stern believes thought must be given as to how to integrate Somalis into American society more fully to reduce the chances that they will carry out attacks in the United States.

Kenneth Anderson described how debate over targeted killing using Predator drones has grown more heated in the last several months, as contending sides over the legality and ethics of the practice have set out public positions.

Anderson said the Legal Advisor to the State Department, Harold Koh, provided the U.S. government's "considered view" on its legality, including the doctrine of "self defense." This was met just a week ago with a response by the United Nations Special Rapporteur on extrajudicial, summary or arbitrary executions, Philip Alston, attacking the practice and, while stopping just short of declaring it a violation of international law, called on the U.S. to put it solely under the military and not under the Central Intelligence Agency. Congress has held two subcommittee hearings on the topic, and more are planned. Academics, think tanks, advocacy groups, and others are putting their views publicly on the table, for or against.

Anderson, a professor of international law at Washington College of Law, American University, Washington, D.C., and a visiting fellow at the Hoover Institution, wrote a chapter on the subject of targeted killing and drone warfare for Legislating the War on Terror: An Agenda for Reform, a book cosponsored by the Hoover Institution.