In 2016 our nation faced a broad array of issues at home and abroad. Throughout it all, in publications across the country, Hoover fellows offered their unique brand of thoughtful and scholarly insight and ideas. A selection of those pieces follows. Monday, December 19, 2016 4 min read 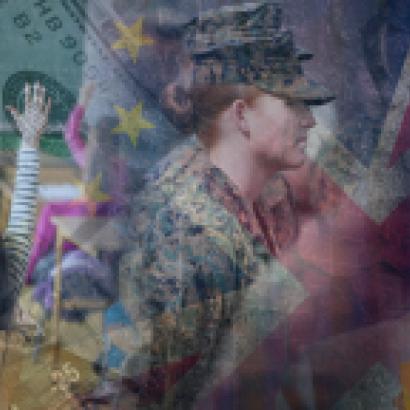 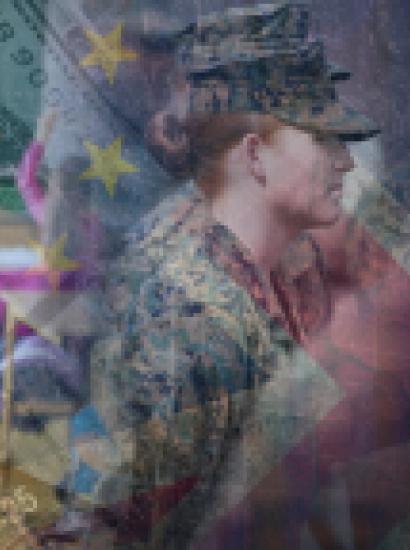 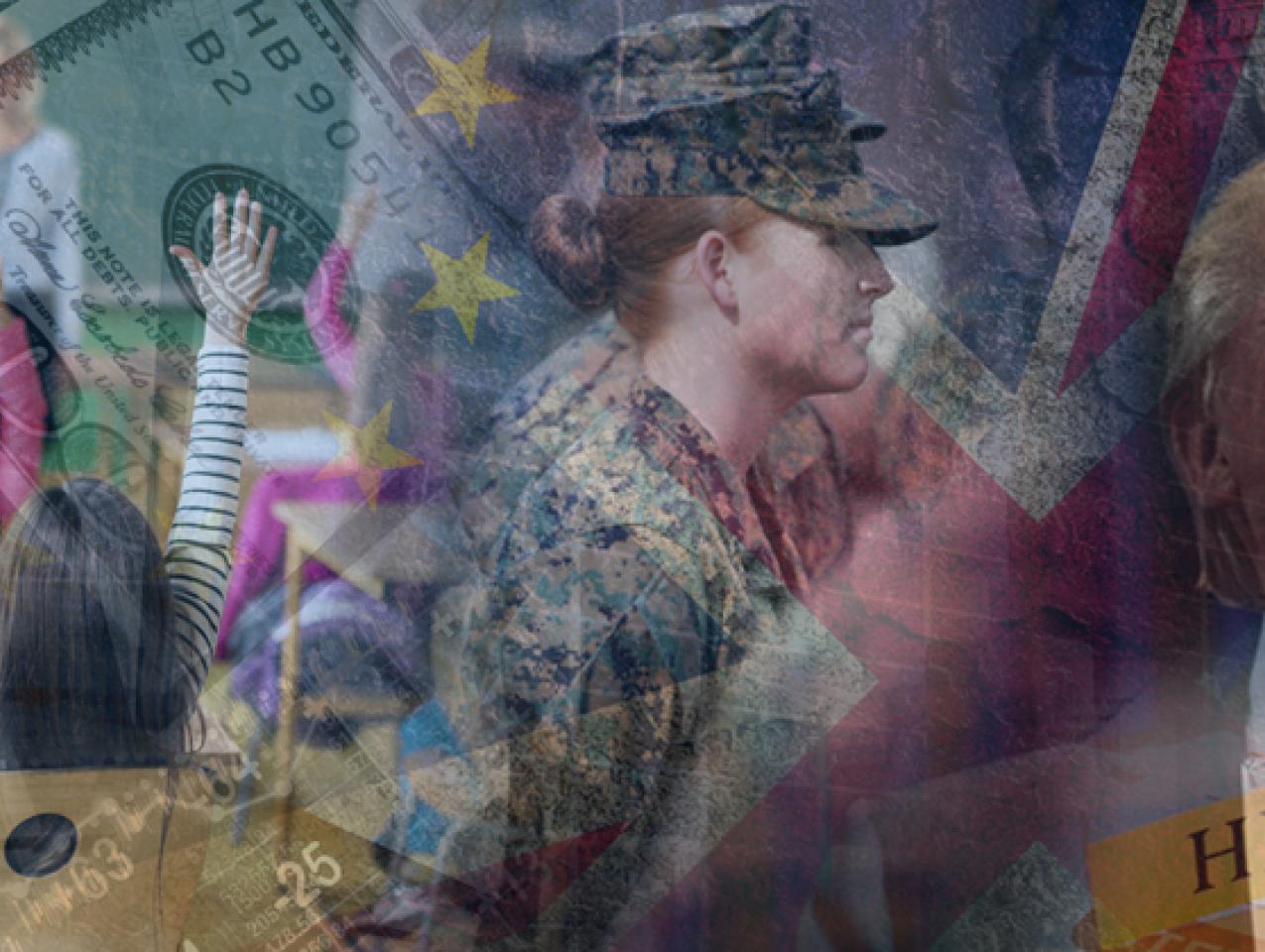 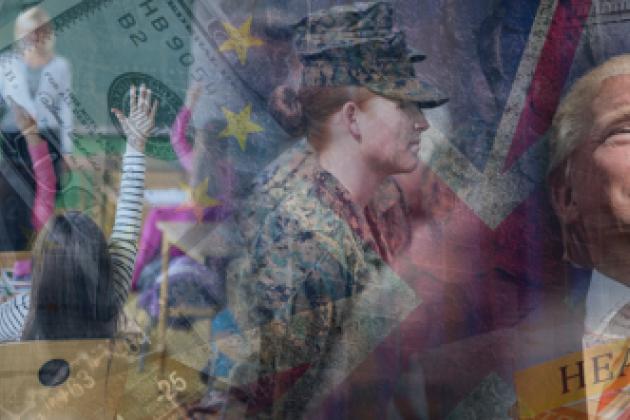 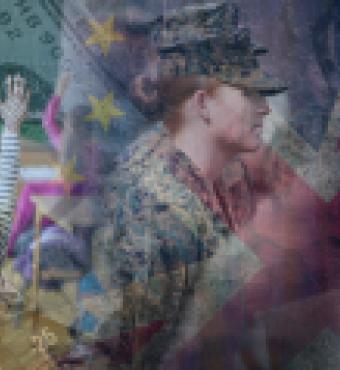 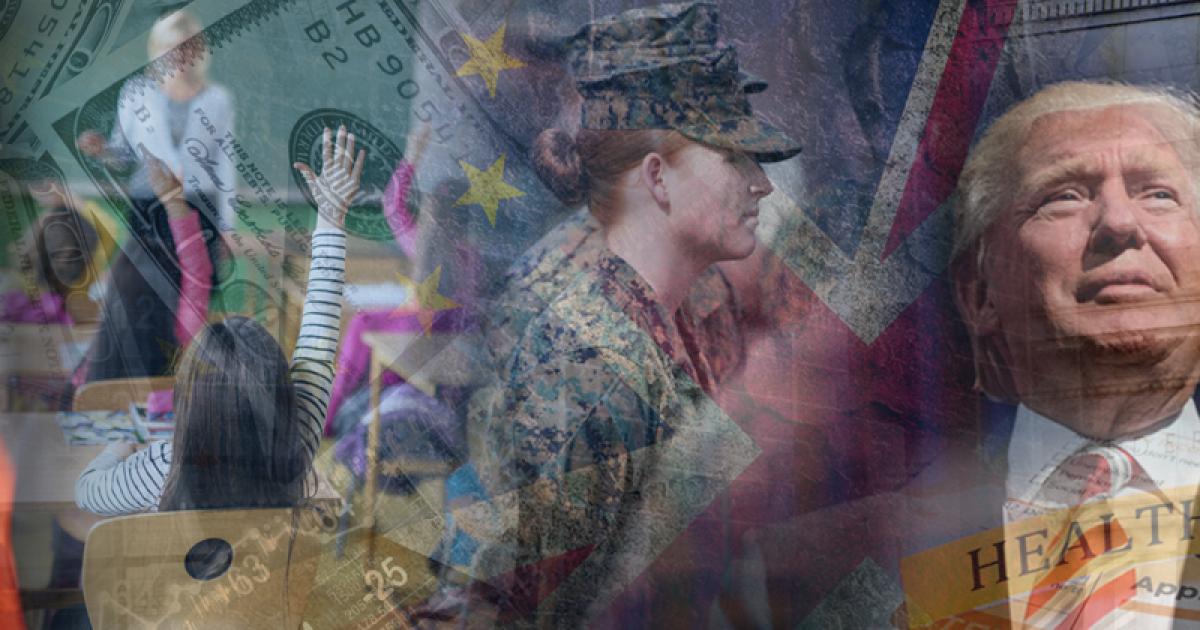 In 2016 our nation faced a broad array of issues at home and abroad. Perennial issues such as slow economic growth, healthcare reform, turmoil in the Middle East, ISIS, Russia, and the contentious election cycle remained in the forefront, to be joined by the crisis in Syria, refugees, and immigration. Throughout it all, in publications across the country, Hoover fellows offered their unique brand of thoughtful and scholarly insight and ideas. A selection of those pieces follows.


FINDING THE MONEY FOR AMERICA THE FIXER-UPPER
by George P. Shultz, John F. Cogan via The Wall Street Journal, April 6, 2016

With all the taxes Americans are paying, why is our public infrastructure in such bad shape? Where can we find the resources to fix it?
The answer to both questions is the same. Rapidly rising expenditures on entitlement programs by all levels of government are squeezing out needed public investments. At the federal level, Social Security and Medicare are the primary causes of the squeeze. At the state and local levels, soaring public-employee pensions, Medicaid and welfare are the culprits. Even the military is seeing the squeeze from its own high retirement and health-care costs.
Read Full Article


HOW MEDICAID FAILS THE POOR
by Scott W. Atlas via The Wall Street Journal, August 10, 2016

Americans should be more worried than ever about Medicaid, which provides health insurance for America’s most vulnerable. The cost of the $500 billion program is expected to rise to $890 billion by 2024, according to the Centers for Medicare and Medicaid Services. Yet more spending doesn’t necessarily mean better care for beneficiaries, 57% of whom are low-income minorities. The expansion of Medicaid is one of the most misguided parts of ObamaCare—shamefully expanding second-class health care for the poor.
Read Full Article

We undertook this project to better understand attitudes of the American public about their military forty years into having an all-volunteer force and after fifteen years of being continuously at war.  The project’s goal was to produce data to inform both scholarship on civil-military relations and policy debates about a wide range of defense issues. One of the most important gaps evident in the survey data collected for this project is public disaffection with their elected leaders on issues of war strategy
Read Full Article

The world today seems almost suddenly awash in change. Economies struggle everywhere, the Middle East is in flames, and national borders seem to mean less than ever before. The proliferation of nuclear weapons and the rising possibility of their use threaten all mankind.  There are potentially severe consequences of a warming climate.  There is a virtually global effort opposed to the longstanding state system for bringing order  to the world. And there are more refugees today than at any time since the end of World War II.  All this is in sharp contrast to the economic and security commons that coalesced as the Cold War came to an end.
Read Full Article


HOW BREXIT IS A WIN FOR PUTIN
by Michael McFaul via Washington Post, June 25, 2016

When Vladimir Putin worked in Dresden, he watched helplessly as Soviet ally East Germany slipped out of Moscow’s orbit, united with West Germany, and joined the democratic side of Europe. Soviet-dominated multilateral institutions in Europe — the Warsaw Pact and the Council for Mutual Economic Assistance (Comecon), the Soviet command economy trade organization — also disappeared. Putin then witnessed the dissolution of the Soviet Union, an event that he later described as one of the greatest tragedies of the 20th century. Former Soviet allies and parts of the Soviet empire peeled away, also joined the democratic side of Europe and eventually became members of NATO and the European Union. For nearly three decades, the West was consolidating as the East was disintegrating. The momentum toward a Europe whole and free was so powerful that earlier Russian leaders even flirted with joining as well.
Read Full Article

No matter who wins Tuesday’s presidential election, now ought to be the time that policy makers in Washington come together to tackle America’s greatest economic problem: sclerotic growth. The recession ended more than seven years ago. Unemployment has returned to normal levels. Yet gross domestic product is rising at half its postwar average rate. Achieving better growth is possible, but it will require deep structural reforms.
Read Full Article

PRAGMATIC ENGAGEMENT
by Stephen B. Krasner and Amy B. Zegart via The American Interest, May 4, 2016

A national security strategy for the next President.The United States is exceptionally secure. No country today presents a clear and imminent security threat in the way that Germany, Japan, or the Soviet Union did in the 20th century. In the short and medium term there is also no alternative value system that could displace America’s conception of individual liberty and a market-oriented economy—principles that have been embraced by all of the world’s wealthy industrialized countries in Western Europe, North America, and East Asia. So why do so many Americans feel so insecure?
Read Full Article

STUDENT ACHIEVEMENT AND EVERY STATE'S ECONOMIC FUTURE
by Eric A. Hanushek via Real Clear Education, April 29, 2016

Schooling policy in the U.S. is in flux. And the future of America’s state economies is at stake. The No Child Left Behind Act that drove much of the overall policy discussion became increasingly dysfunctional and was belatedly replaced by the Every Student Succeeds Act. A key element of this new act is returning the locus of educational policy to individual states. That move is not without risk. Will states move toward improving schools without the continued pressure of the federal government? Will they do better or worse when given more latitude?
Read Full Article

The conduct of monetary policy in recent years has been deeply flawed. U.S. economic growth lags prior recoveries, falling short of forecasts and deteriorating in the most recent quarters. This week in Jackson Hole, Wyo., the Federal Reserve Bank of Kansas City hosts the world’s leading central bankers and academics to consider monetary reform. The task is timely and consequential, but the Fed needs a broader reform agenda. Two major obstacles must be overcome: groupthink within the academic economics guild, and the reluctance of central bankers to cede their new power.
Read Full Article

ALL THE PRESIDENT'S GENERALS
by Kori P. Schake via Foreign Policy, December 3, 2016

There is little doubt that Gen. James Mattis will be a superb secretary of defense. He’s intellectually acquisitive, crisp in his thinking, intensely thoughtful about defense issues, and not particularly impressed with himself (as my eccentric mother would say, this comes from a solid reading of the classics). The question is not whether he would serve the country well, but whether it’s good for the country to have a recently retired military officer as the civilian leader of the Department of Defense.
Read Full Article

Ten days after the election of Donald J. Trump to be the 45th President of the United States, there is a more or less complete lack of certainty as to which direction his foreign policy will take, but a great deal of speculation—much of it alarmist—based on things Mr. Trump has said in speeches and interviews. Yet few if any Presidents base their foreign policy strictly on campaign rhetoric. Few if any break entirely with the policies of their predecessors. And, indeed, few if any can be said, in practice, to have anything so coherent as a foreign policy...
Read Full Article