PolicyEd has become a strategic mainstay for Hoover and a centerpiece of the institution’s approach to engaging the broader public in policy discussions. We have assembled a growing library of accessible video content to introduce younger people in particular to Hoover policy ideas. PolicyEd content includes short animations, video series, and several feature-length documentary films spanning a variety of topics, including economics, national security, health care, the environment, and civics. 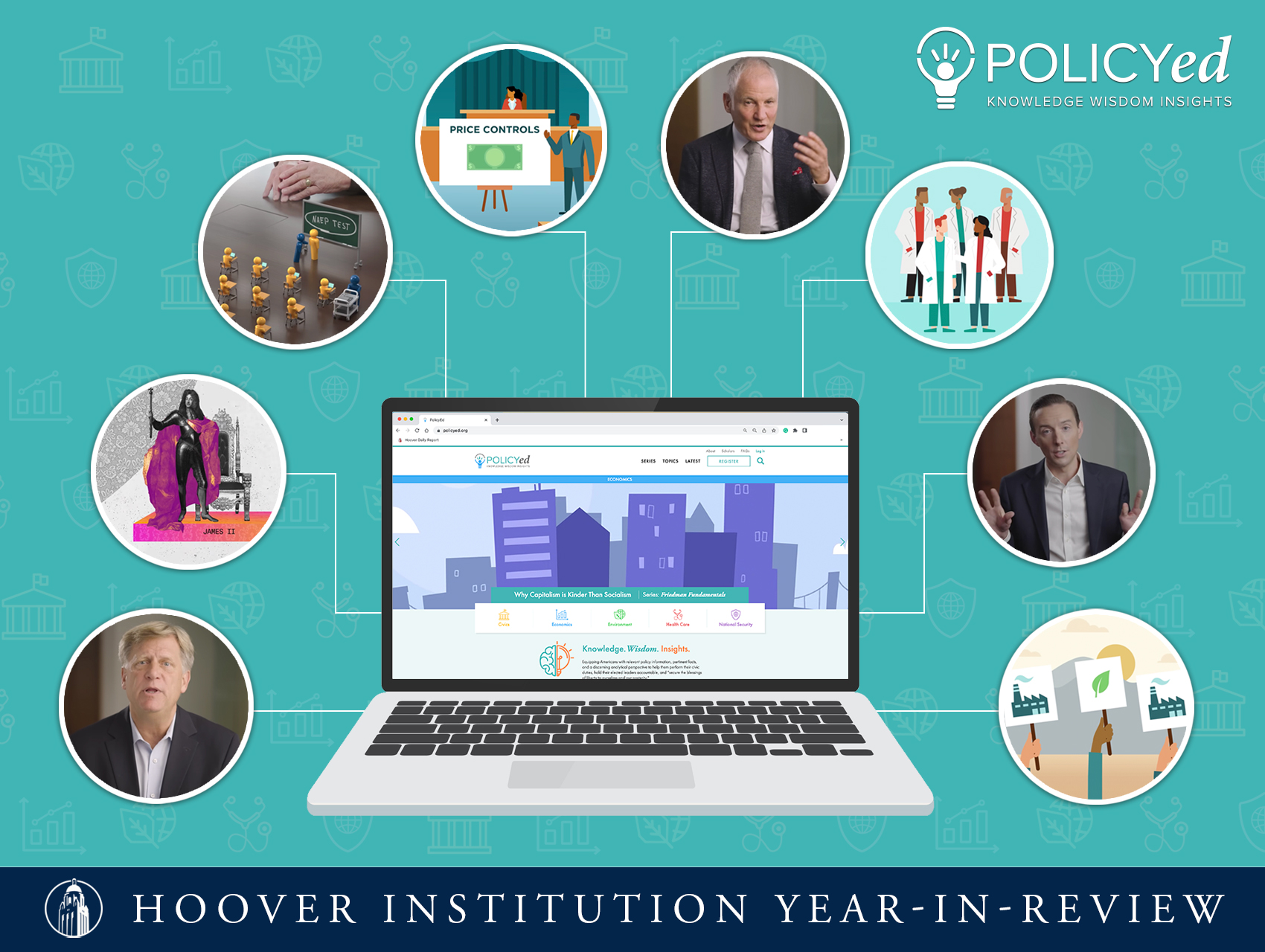 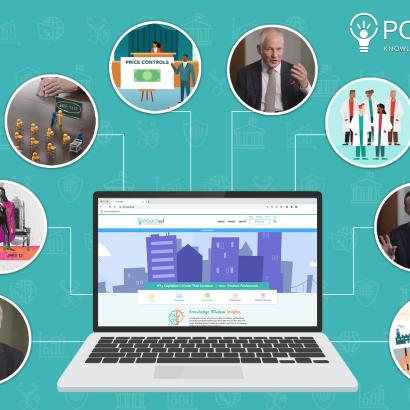 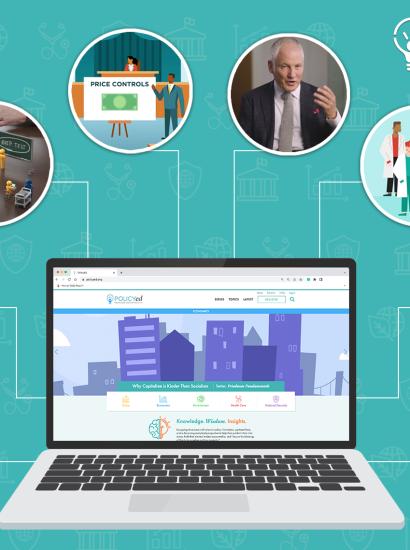 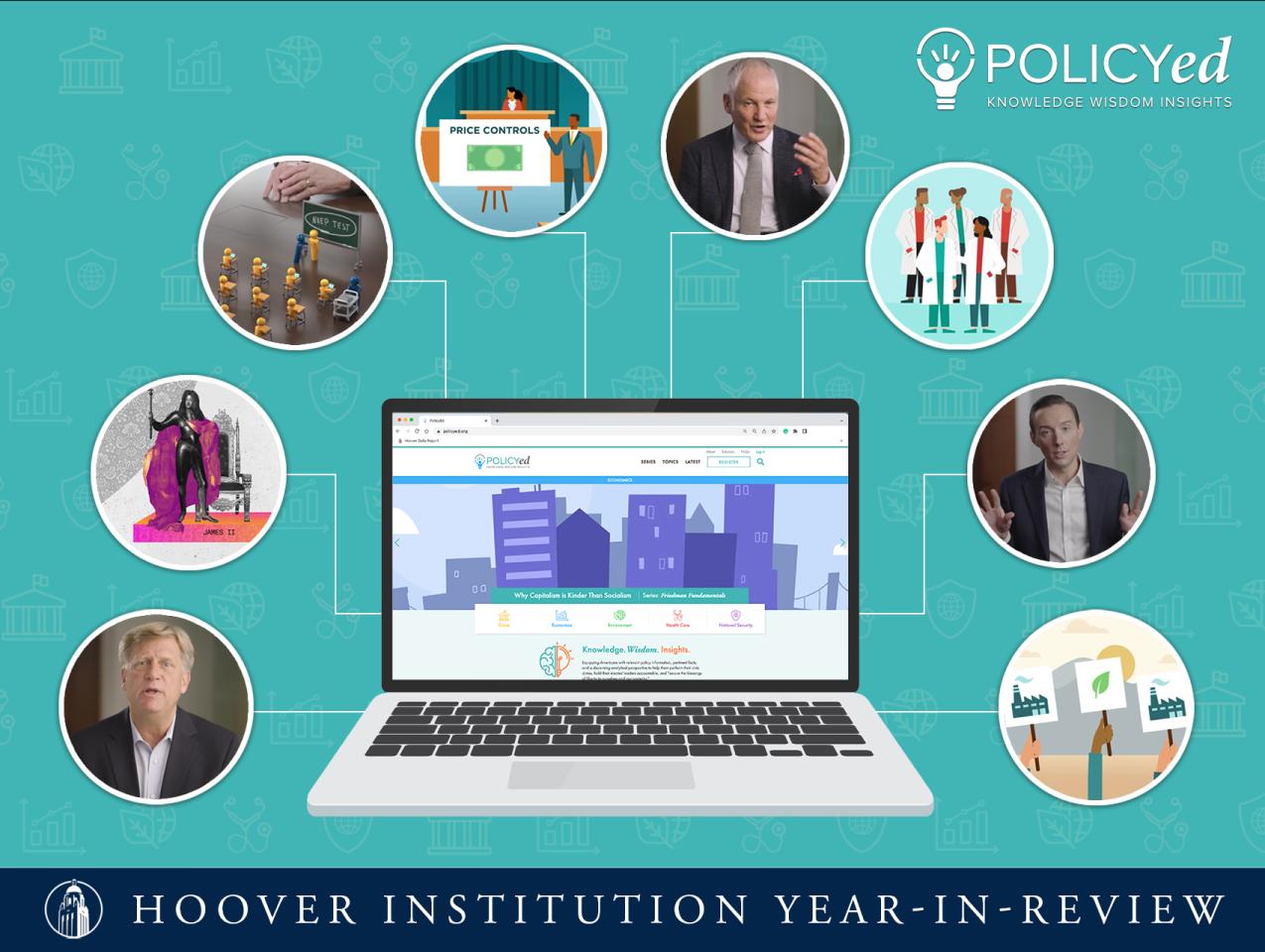 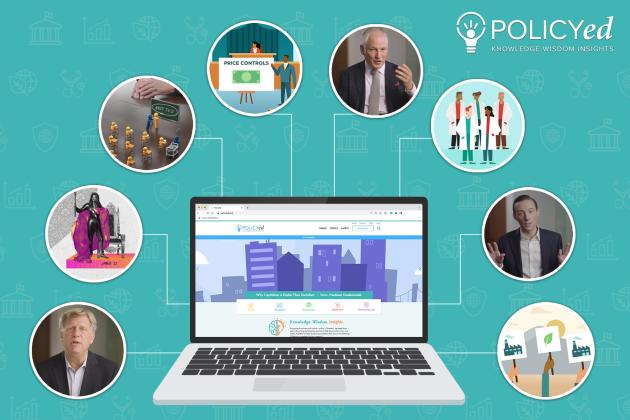 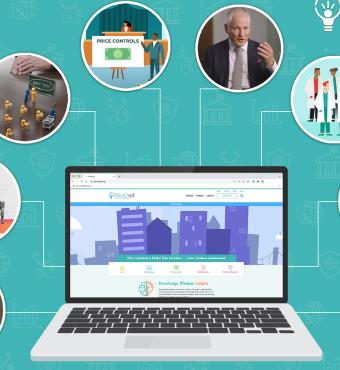 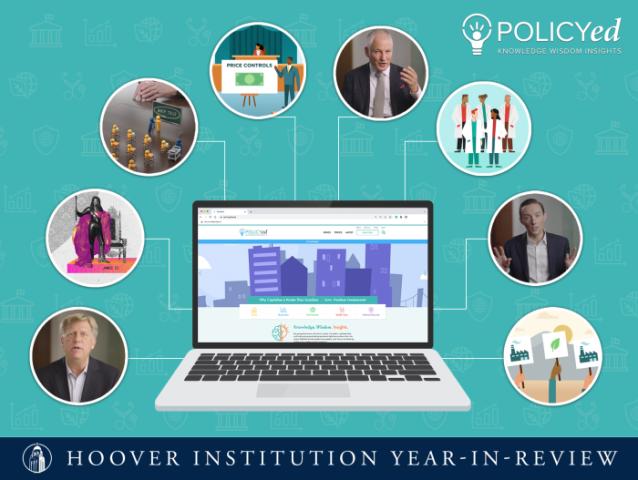 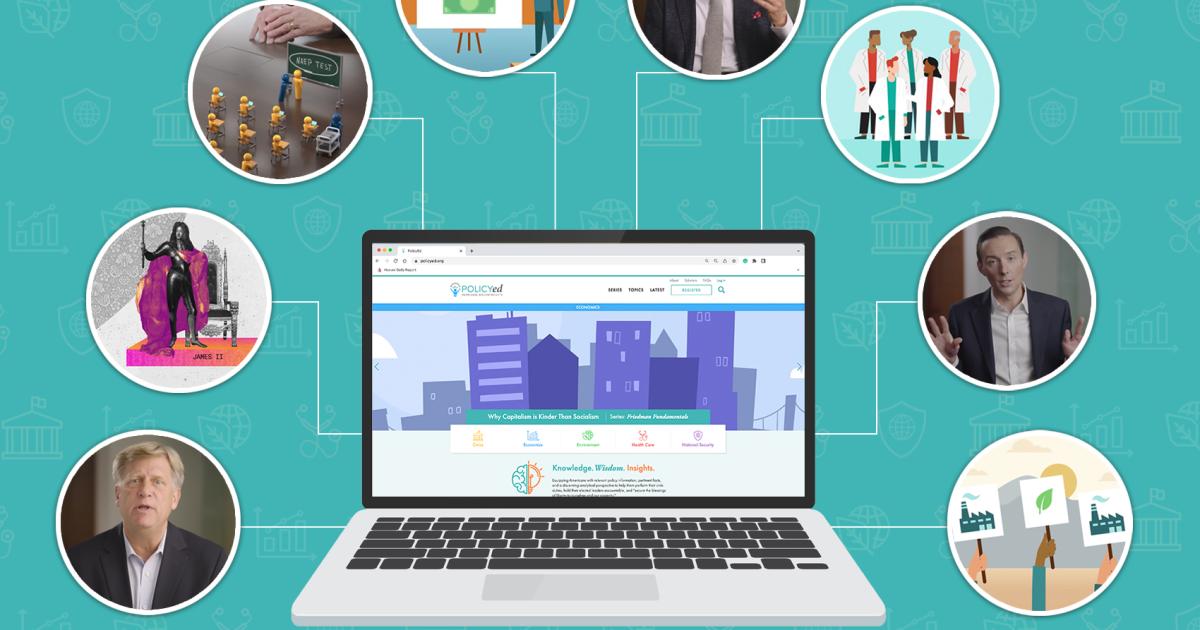 This year we collaborated with 41 Hoover fellows to release 97 videos across 9 different series. We also launched two new series: The Building Blocks of Prosperity and To Serve & To Lead: An Examination of Leadership in National Security. Since launching in late 2016, PolicyEd videos have been watched more than 198 million times.

Here are some highlights from 2022:

Though many believe that wealth inequality is getting worse, the data point to a sharp decline in inequality in recent years. These changes can be attributed to better, growth-enhancing economic policy. We see this trend clearly by comparing the patterns of wealth growth during the coronavirus pandemic and the Great Recession.

The disruptive effects of inflation on people’s lives are not to be taken lightly, but responding with price controls fails to provide a long-term solution. The underlying principles driving the change in prices cannot be fixed by blaming corporations for higher costs. Previous efforts to use price controls resulted in shortages far more painful than the inflation they were meant to cure.

Is Russia inherently imperialist and expansionist? Russia wasn’t forced to invade Ukraine, but its leaders chose to do so because they want Russia to become a great power. If Russian elites could somehow relinquish their unwinnable competition with the West, they could set their country on a less costly and more promising course.

Why Did Putin Invade Ukraine?

Why did Putin invade Ukraine? Putin, like all dictators, is threatened by democratic ideas, governments, and peoples. Putin fears democratic expansion, not an expansion of NATO.

The Inevitable Trade-Offs of Medicare for All

Many people believe “Medicare for All” sounds like a good idea: get rid of private health insurance and have the government pay for all medical care. But digging a little deeper reveals that creating government-provided coverage for all Americans while attempting to lower health care costs would come with some steep trade-offs. There are much less disruptive and more targeted ways to help those who cannot afford medical care.

The National Assessment of Educational Progress (NAEP) has been the gold standard of achievement testing for over 50 years. But getting it in shape for the next 50 years does not come without challenges. Chester Finn, Jr., explains why preserving the NAEP from today’s political battles will require several key changes.

Why Do Some Democracies Thrive While Others Fail?

New democracies fail when leaders violate the rule of law and use extraconstitutional actions to stay in power. During the Glorious Revolution, England established a Bill of Rights that limited royal authority and made it clear that maintaining the throne required sovereigns to protect the rights of the people. The US Constitution and Bill of Rights echoed these ideas and ensured the protection of individual liberties.

Noneuse rights allow environmental groups to buy and conserve land or resources that otherwise would have been sold to companies for development. As it currently stands, environmental groups are at a disadvantage when they attempt to conserve land and resources. Implementing nonuse rights would level the playing field and help build a flourishing conservation market.