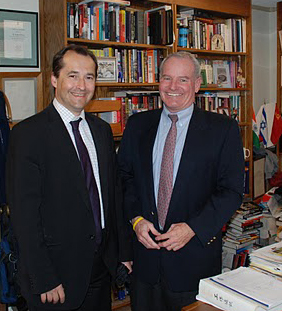 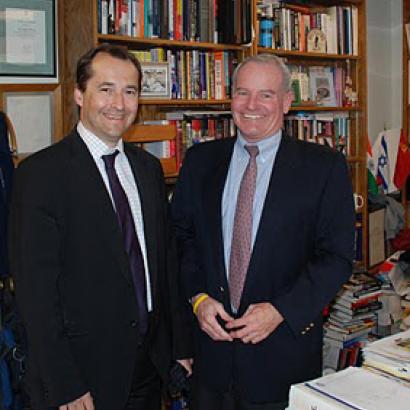 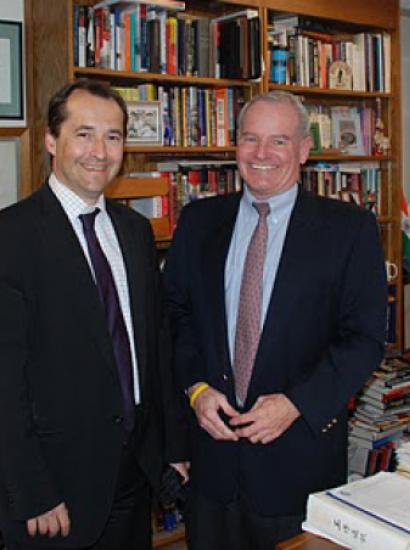 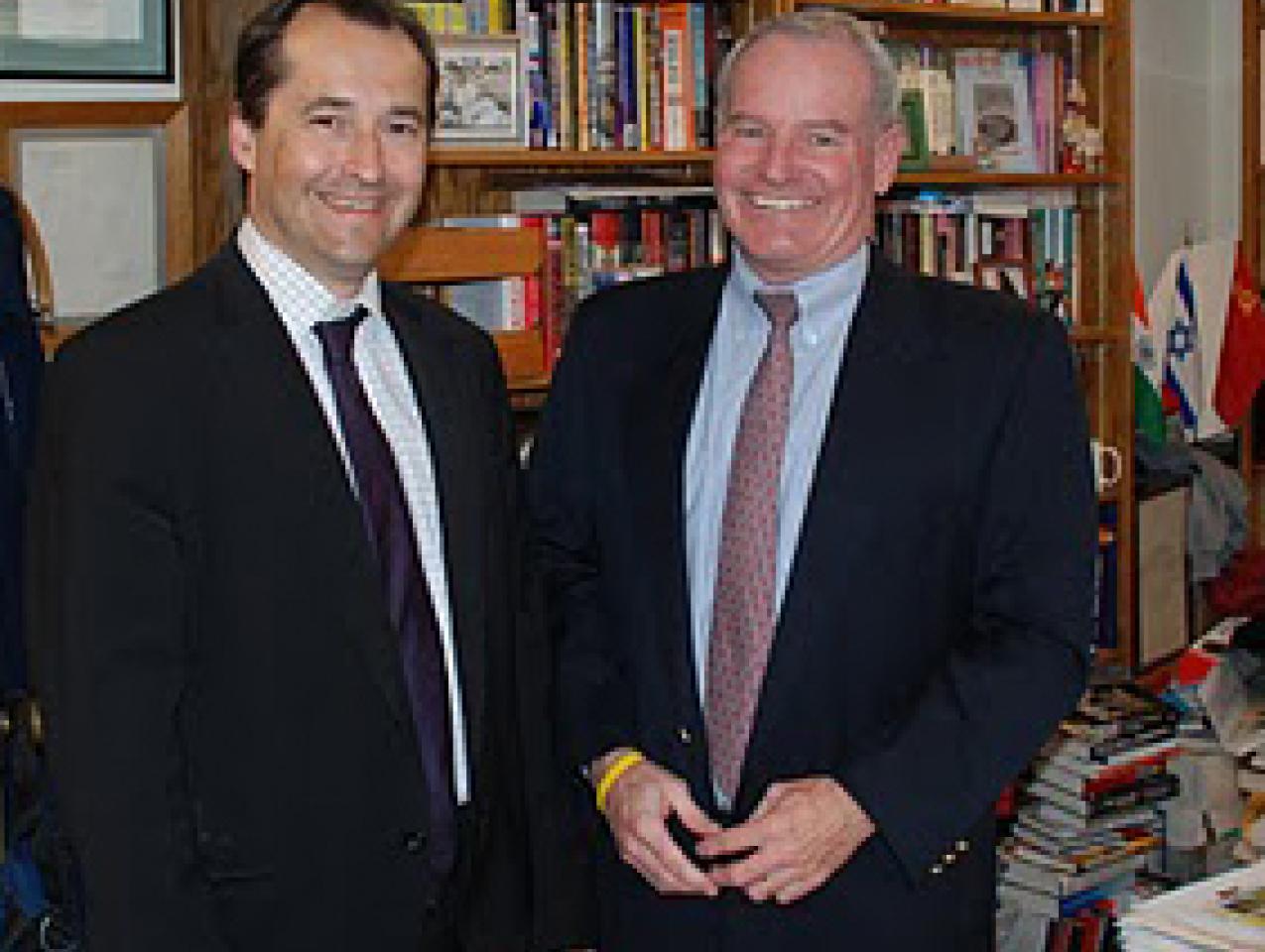 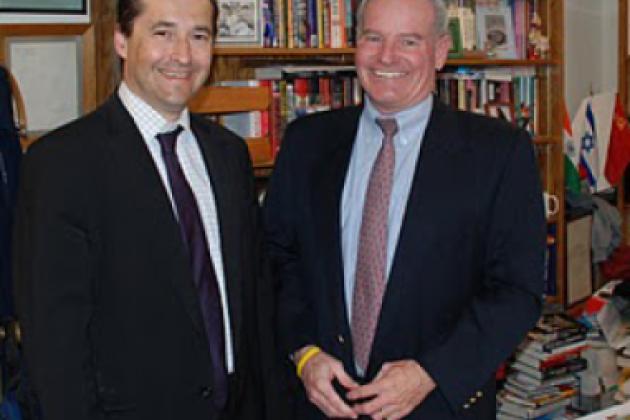 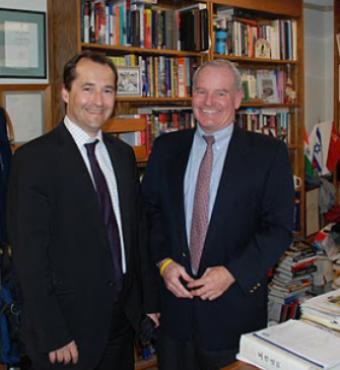 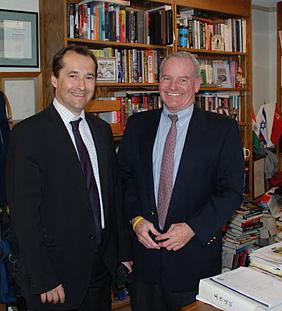 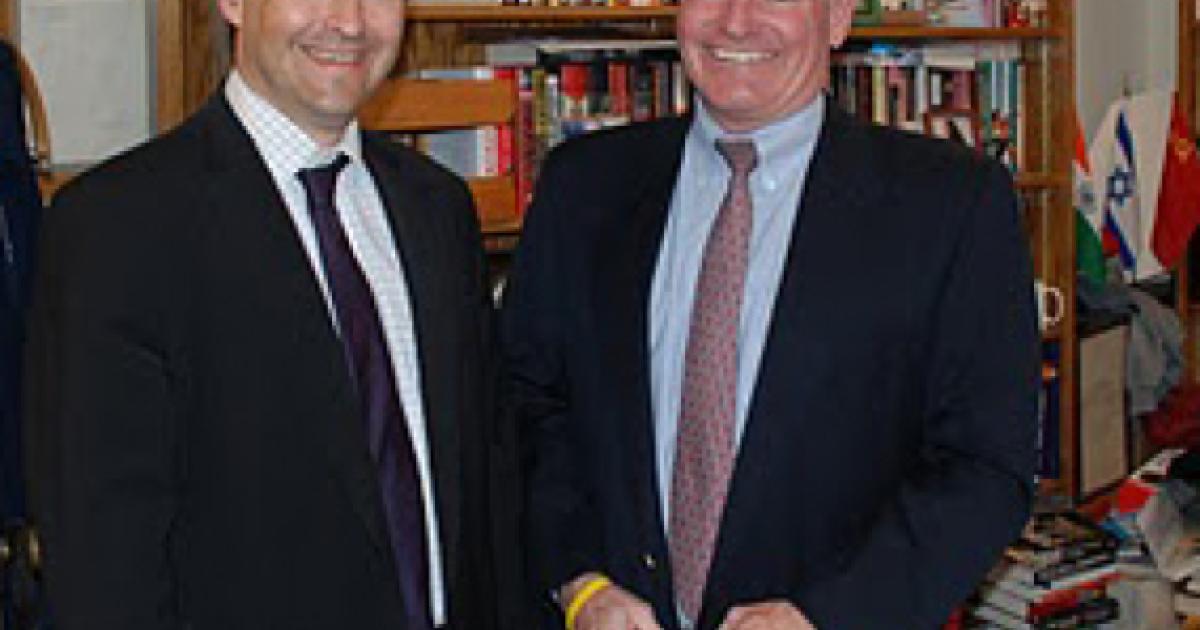 On Wednesday, March 23, 2011, Richard Sousa, director of Hoover Library and Archives, met with Michael Sedlacek , consul general of the Czech Republic in Los Angeles, CA. Mr. Sedlacek participated in the Hoover Institution's Diplomat Training Program in the fall of 1993.

The Diplomat Training program gave young members from the foreign ministries of the emerging democracies of East and Central Europe the opportunity to study political science, economics, and the underpinnings of democracy for three months at the Hoover Institution. From 1990 through 1995, nearly 140 young diplomats participated in the program; many have gone on to successful careers in the diplomatic service of their countries as well as in private industry.

As consul general, Mr. Sedlacek attends to consular matters and national and business affairs for the Czech Republic, covering thirteen states in the western United States. He has had extensive experience in the field of foreign affairs since 1992. Mr. Sedlacek is also a member of the Board of Trustees of the Foundation for Holocaust Victims.