As you endure the long hours of holiday travel, listen to Hoover’s top scholars offer their thoughtful analytic perspective on the big issues of 2017. 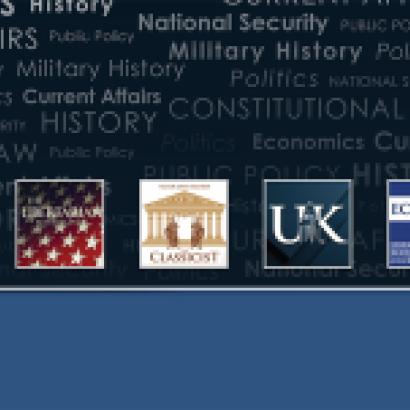 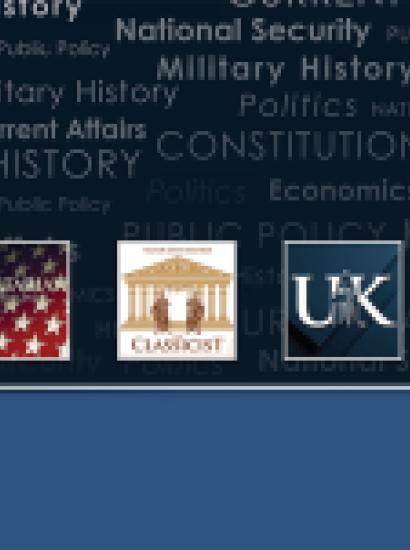 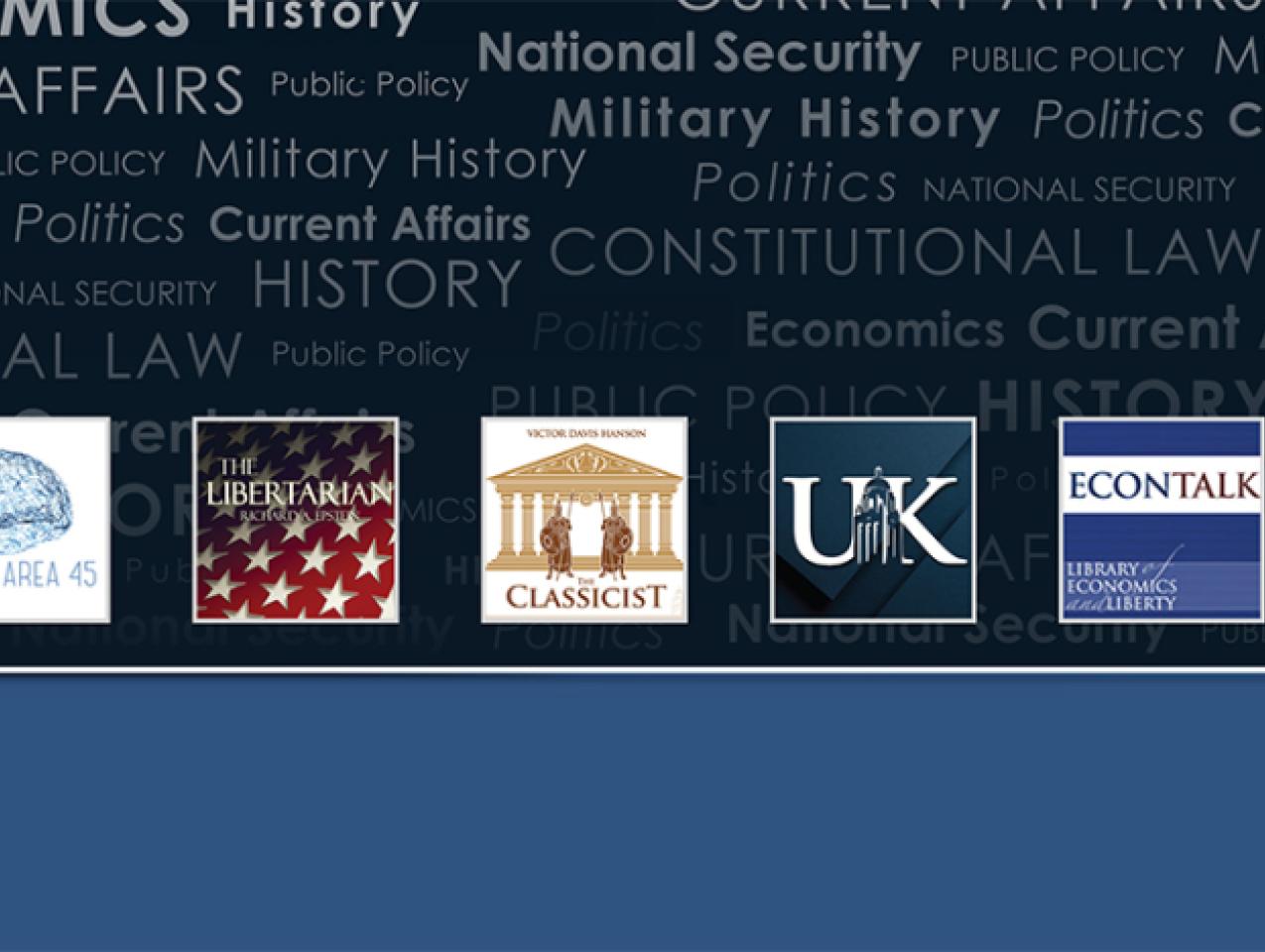 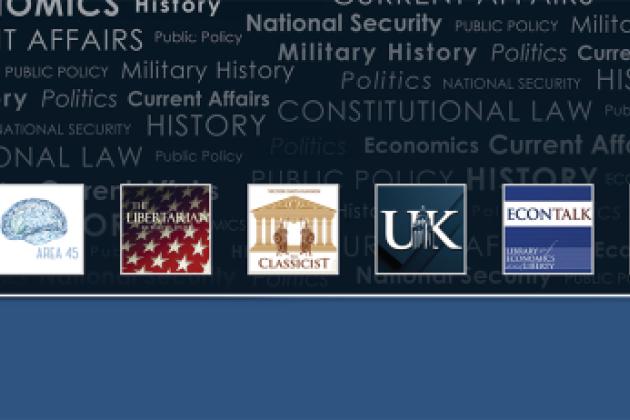 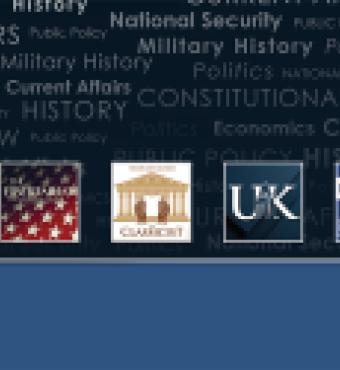 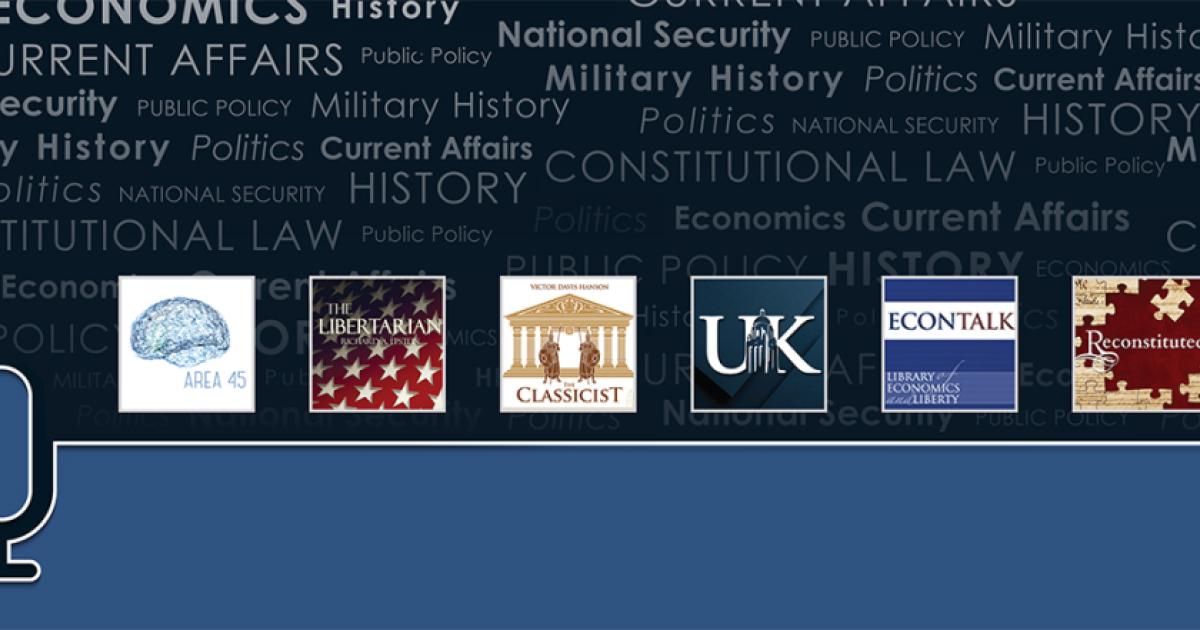 As the end of 2017 draws near, we look back at a busy year of podcasting at the Hoover Institution. We continued to create new episodes of our established podcasts, The Classicist with Victor Davis Hanson, The Libertarian, Security by the Book, and Uncommon Knowledge and released a new podcast, Area 45. We’ve gathered a list of the most popular episodes from this year, ranging from North Korea to Donald Trump to the art of presidential speechwriting.

Hosted by Bill Whalen, this podcast proposes cerebral approaches to governing in this toxic political climate.

Also Featuring: North Korea
As tensions mount on the Korean Peninsula, the possibility increases of a US military strike against the rogue regime of Kim Jong-un. Tom Henriksen, a Hoover senior fellow emeritus and author of multiple books on US military and diplomatic approaches to the non-Western world and rogue regimes, discusses the policy options available to the Trump administration in dealing with North Korea.

Victor Davis Hanson analyses ongoing issues of national security and current affairs in light of conflicts of the past.

Diagnosing the Democrats
Victor Davis Hanson explores the factors that led to widespread defeats for Democrats in 2016—and warns of trends within the party that may prevent it from commanding electoral majorities anytime soon.Listen on:
iTunes | Stitcher | SoundCloud | RadioPublic

Also Featuring: Is Trumpism Sustainable?
Victor Davis Hanson examines the early initiatives coming out of the Trump administration and reflects on whether the new president's momentum is sustainable over the long run.

The Single-Payer Fantasy
Richard Epstein examines the Left’' push for single-payer health care and explains why such systems are destined for failure.Listen on:
iTunes | Stitcher | SoundCloud | RadioPublic

Also Featuring: Analyzing the GOP Tax Plan
A look at what works—and what doesn't—in the tax reform proposal from congressional Republicans.

Russ Roberts interviews an eclectic mix of people on how economics emerges in theory and practice.

Michael Munger on the Basic Income Guarantee
Michael Munger of Duke University talks with EconTalk host Russ Roberts about the virtues and negatives of a basic guaranteed income—giving every American adult an annual amount of money to guarantee a subsistence level of well-being.Listen on:
iTunes | Stitcher | SoundCloud | RadioPublic

Also Featuring: Nassim Nicholas Taleb on Work, Slavery, the Minority Rule, and Skin in the Game
Nassim Nicholas Taleb talks with EconTalk host Russ Roberts about the manuscript version of his forthcoming book, Skin in the Game. Topics discussed include the role of skin in the game in labor markets, the power of minorities, the Lindy effect, Taleb's blind spots and regrets, and the politics of globalization.

Security by the Book

Security by the Book—Destined for War: Can America and China Escape Thucydides's Trap?
Jack Goldsmith interviews author Graham Allison about why Thucydides's Trap is the best lens for understanding US-China relations in the twenty-first century.Listen on:
iTunes | Stitcher | SoundCloud | RadioPublic

For more by Security By The Book click here.

Peter Robinson interviews today’s big thinkers on their views about the world.

Also Featuring: Sir Roger Scruton: How to Be a Conservative
Sir Roger Scruton, a formally trained political philosopher, talks about his life and the events he’s witnessed that led him to conservatism.