Workshop on the Credit Crunch and Future Role of the Fed

During the past year, severe stress in the financial markets has given rise to a host of new Federal Reserve actions. The Fed has created a trio of new facilities designed to alleviate the credit crunch and support vulnerable financial firms. Monday, July 28, 2008 4 min read 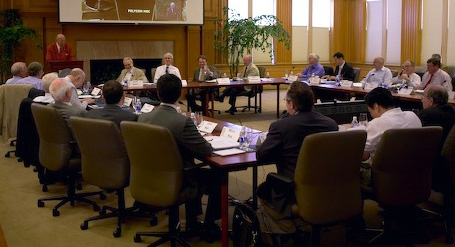 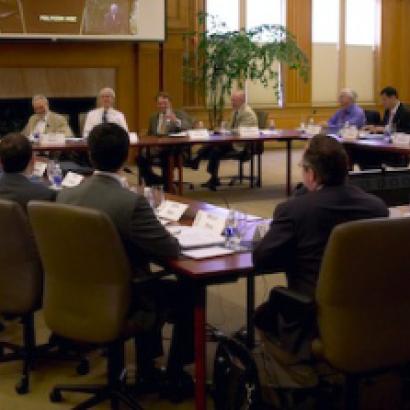 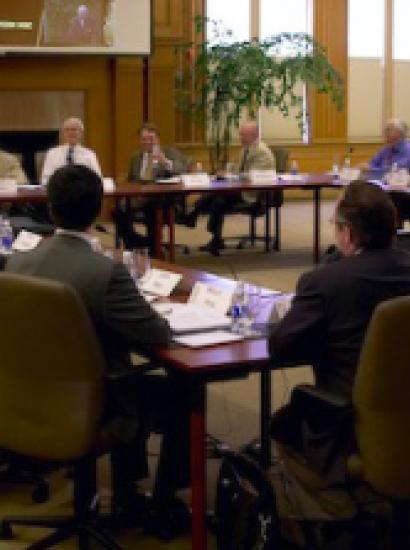 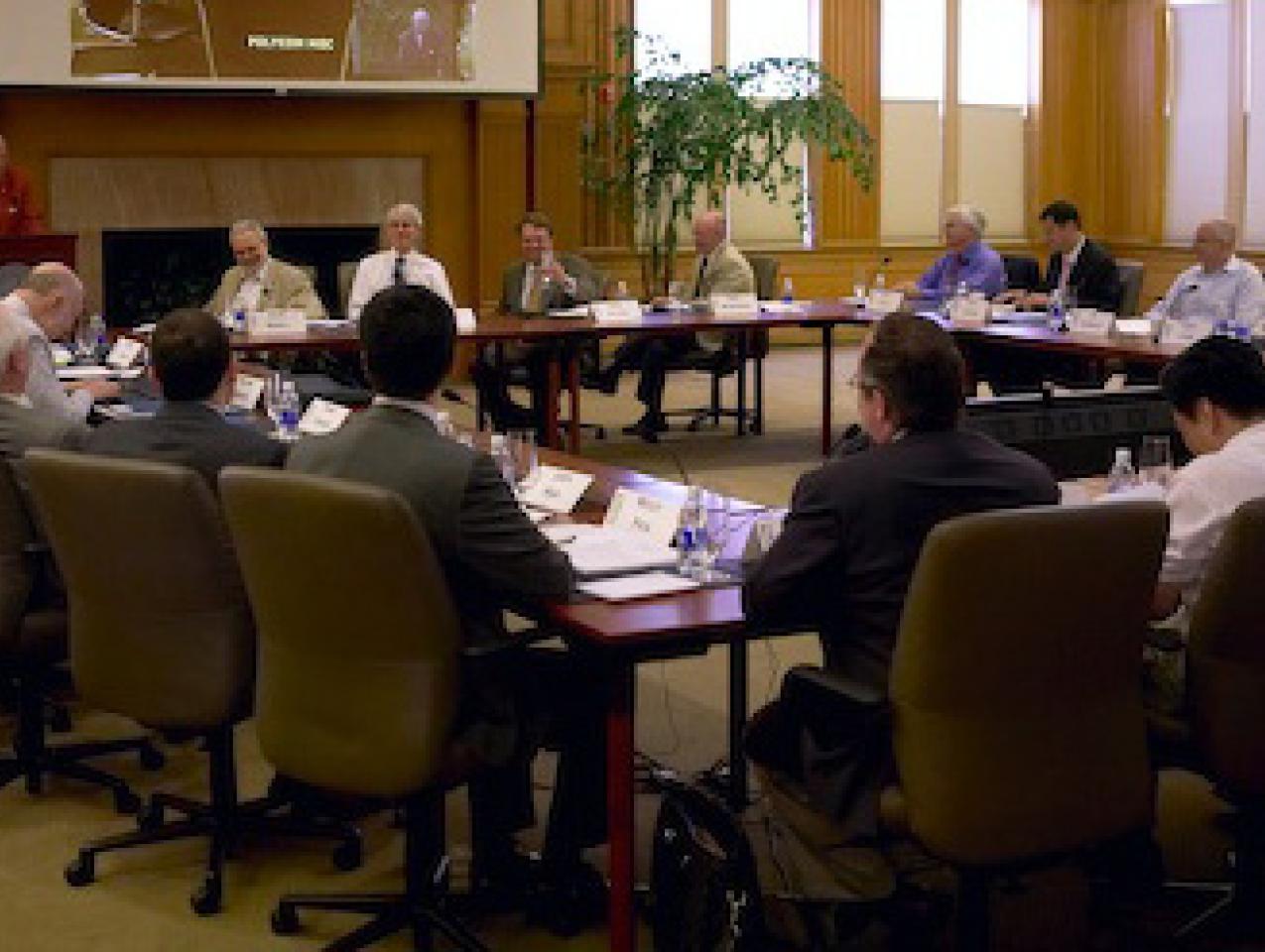 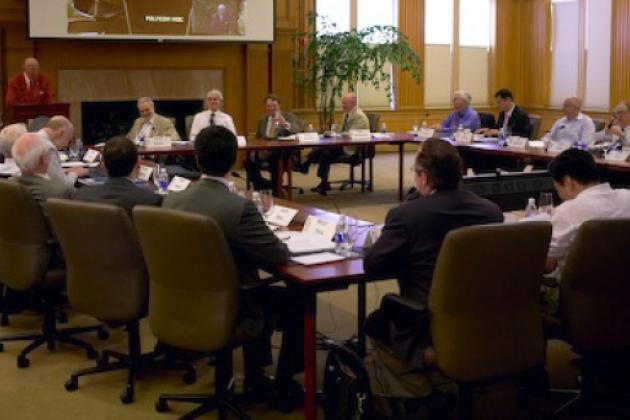 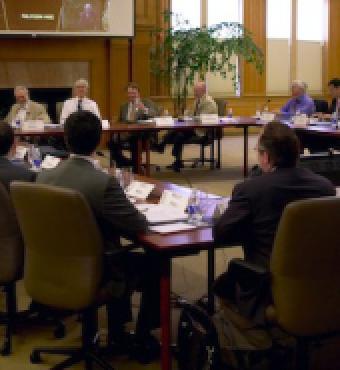 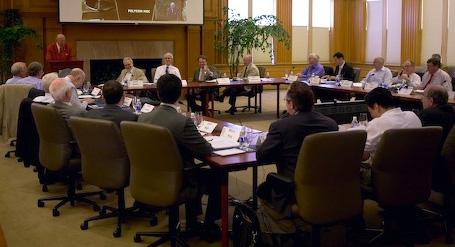 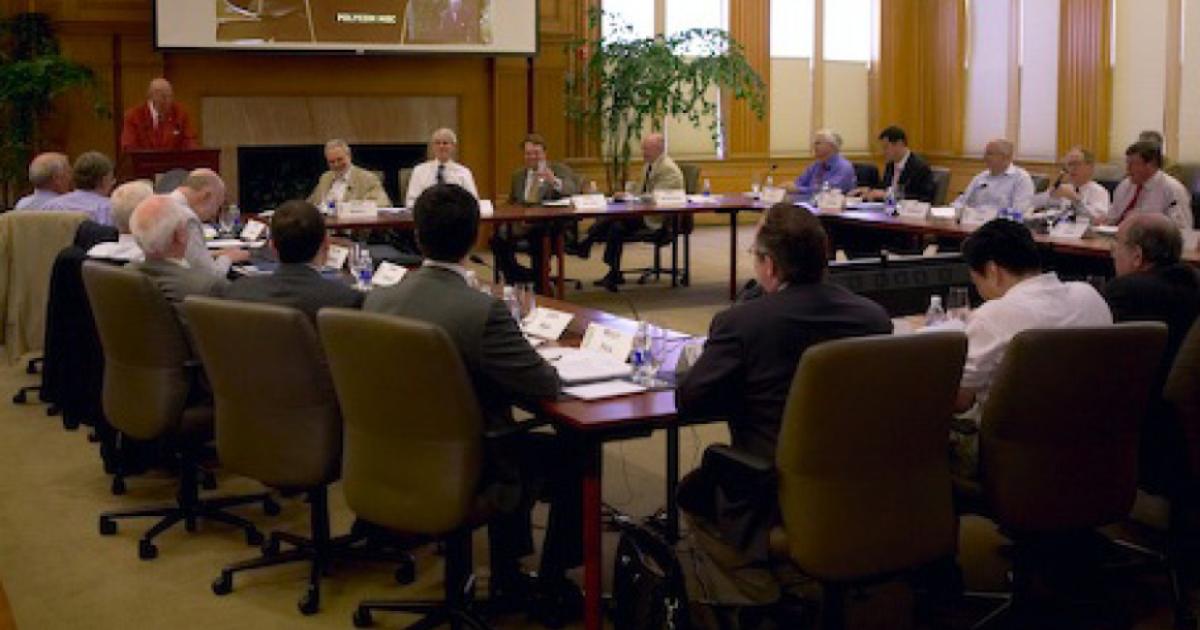 During the past year, severe stress in the financial markets has given rise to a host of new Federal Reserve actions. The Fed has created a trio of new facilities designed to alleviate the credit crunch and support vulnerable financial firms. The Fed also intervened to support J.P. Morgan’s purchase of Bear Stearns in March and recently offered to lend to Fannie Mae and Freddie Mac through the discount window. These unprecedented actions raise important policy questions about the future role of the Fed. On July 22, the Hoover Institution’s Working Group on Global Markets, the Rock Center for Corporate Governance at Stanford Law School, and the Stanford Graduate School of Business brought together a group of leading experts to address these critical issues. The workshop’s sixty participants included senior Fed officials, financial market leaders, journalists, lawyers, and academics. Participants presented and discussed relevant research, reflected on the principles that should govern legal and regulatory reform, and considered various policy options.

“An Ounce of Prevention Is Worth a Pound of Cure” 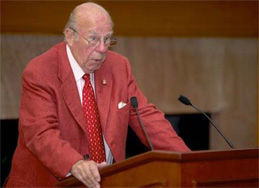 George P. Shultz, the Thomas W. and Susan B. Ford Distinguished Fellow at the Hoover Institution, launched the workshop with remarks focused on the importance of government restraint and market-based measures to reduce the likelihood of future financial crises. He drew attention to the need for market discipline, responsible management, and the limitation of moral hazard.

“Plumbing Problems” in the Financial Markets and the Fed’s Responses
Darrell Duffie of the Stanford Graduate School of Business examined how poor credit risk transfer and other problems contributed to the current turmoil in the markets in a session chaired by David Wessel of the Wall Street Journal. Jamie McAndrews of the New York Fed then explained how the Fed has attempted to respond to the credit crunch by establishing three new facilities—the Term Auction Facility, the Term Securities Lending Facility, and the Primary Dealer Credit Facility—to provide liquidity to the market and reduce systemic risk. Finally, John Williams of the San Francisco Fed analyzed the apparent effects of the new Fed facilities to date, arguing that, despite the Fed’s efforts, heightened perceptions of counterparty risk continue to fuel the credit crunch. Participants discussed these findings and the key counterfactual question of what would have happened without the Fed’s intervention. A number of participants stressed the importance of further research to understand how problems in financial markets spill over into depository institutions and the real economy. 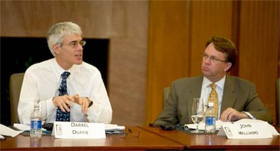 Fed Intervention to Support Particular Financial Institutions
John Cogan, the Leonard and Shirley Ely Senior Fellow at the Hoover Institution, chaired a session that focused on Fed support for Fannie Mae, Freddie Mac, and Bear Stearns. Peter Wallison of the American Enterprise Institute argued that past government policies had contributed greatly to current problems at Fannie and Freddie. Wallison stated that given current market condition financial conditions, some additional aid to Fannie and Freddie was necessary. However, he contended that implicit government guarantees had enabled those institutions to expand beyond their original mandates, to assume excessive risks, and to become “too big to fail.” John Gunn of Dodge & Cox then examined the state of affairs at Fannie Mae, expressing cautious optimism that Fannie would be able to manage its losses due to the increased profitability of its current business and the diminishing share of problematic loan vintages in its overall asset portfolio. In the ensuing discussion, several participants stressed the need to identify politically feasible strategies to reform Fannie and Freddie as soon as market conditions permit.

Participants also reviewed the Bear Stearns case. Wallison argued that the Fed’s support for Bear could encourage moral hazard by others in the investment banking industry who would expect Fed support in the event of a crisis. Richard Herring of the Wharton School of Business presented the Drexel Burnham Lambert case as an example of a restrained government response to a failing financial firm. Although he and others noted that markets have evolved considerably since that case occurred, the Drexel case reaffirmed the need for a better understanding of how problems in particular firms can be successfully insulated from the broader financial system.

Alternatives to Fed Intervention for Troubled Firms
Hoover senior fellow Michael Boskin chaired a session on alternatives to Fed intervention when particular institutions face grave difficulty. Frank Edwards of Columbia University discussed bankruptcy laws and bank insolvency processes, noting that those regimes are designed to achieve different goals. He also explored how elements of each system could be combined to fashion an analogous regime for investment banks. Richard Herring then briefly discussed how bridge banks can keep troubled firms in operation and reduce systemic risk while the problems of an insolvent firm are resolved.

Clarification of the Fed’s Authority and Duty to Intervene
Hoover senior research fellow Kenneth Scott chaired a session on the Fed’s authority and duty to intervene, with Rodgin Cohen of Sullivan & Cromwell presenting. Cohen argued that the current turmoil represents the most serious financial crisis in decades, that the Fed’s new facilities should be made permanent, and that legislation is urgently needed to clarify the roles of the Fed and other regulatory actors in financial markets. He described the current legal framework governing the Fed’s actions and emphasized that devising a new legal regime would pose numerous difficult questions about the access of financial firms to special facilities, the appropriate division of regulatory labor, the powers of regulators to examine and sanction firms, and other issues. Discussion ensued on the merits of making the facilities permanent, the optimal timing for legislative reform, and the principles that should guide new legislation.

Toward a New Regulatory Regime
The final session, chaired by Shultz, examined challenges to reform and explored ways in which effective reform maybe brought about. Joe Grundfest of Stanford Law School began by focusing on the difficulty of reducing moral hazard. He argued that, in financial markets as elsewhere, the government has tremendous incentive to provide “puts” to various constituencies as a form of off-balance-sheet subsidies. He also stressed the challenge of resisting intervention in crises, which he analogized to “political black holes” that are difficult for politicians to escape. 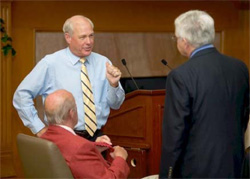 John Taylor, the Bowen H. and Janice Arthur McCoy Senior Fellow at the Hoover Institution, gave a presentation exploring practical ways to bring about effective reforms despite the challenges. He emphasized the need for a more transparent, accountable regulatory framework that would reduce market uncertainty and promote sound analysis and dialogue before and after exceptional interventions by the Fed or other regulators. Drawing on lessons from the International Monetary Fund, he also argued that market-based alternatives can reduce the need for crisis-driven intervention and help policymakers exercise restraint when appropriate. He thus returned to the theme that Shultz highlighted to begin the workshop: the need to focus on prevention in addition to cure.

The workshop, organized in cooperation with the Rock Center for Corporate Governance at Stanford Law School and the Stanford Graduate School of Business, was held at the Bechtel Conference Center on the Stanford campus, with selected participants joining via teleconference from the offices of Sullivan & Cromwell in New York and Washington. For further details and copies of presentation materials, please click here.