Our inaugural post estimates the economic and budgetary effects of one part of the Senate Gang of Eight’s proposed immigration reform.

Our inaugural post estimates the economic and budgetary effects of one part of the Senate Gang of Eight’s proposed immigration reform. It shows that increasing the caps on H-1B visas leads to non-trivial economic and fiscal effects, at least partially offsetting worries over the cost of immigration reform in the next ten years.

Initial estimates put the appropriations cost of the Senate Gang of Eight’s immigration bill (S. 744) at about $17 billion over ten years, leading at least a few politicians to cite cost as a potential reason to oppose its passage. But as Senator Rubio and others have pointed out, that cost does not include the economic benefits and tax revenue that would come from future immigrants. One group in particular, new H-1B visa workers, would add an estimated $456 billion to GDP and $113 billion to federal tax revenue over the next ten years. $244 billion of that increase in GDP would accrue to current US citizens and residents, with the rest going to the new H-1B workers.

The Senate Gang of Eight’s immigration plan increases the general cap on H-1B visas to a minimum of 110,000 and a maximum of 180,000, and increases the master’s degree cap from 20,000 to 25,000. Assuming the first year after passage puts the general cap of initial visas at 110,000 and increases every year by increments of 10,000, then the ten year estimated effect of the law is to increase GDP by $424 billion and federal tax revenue by $107 billion. 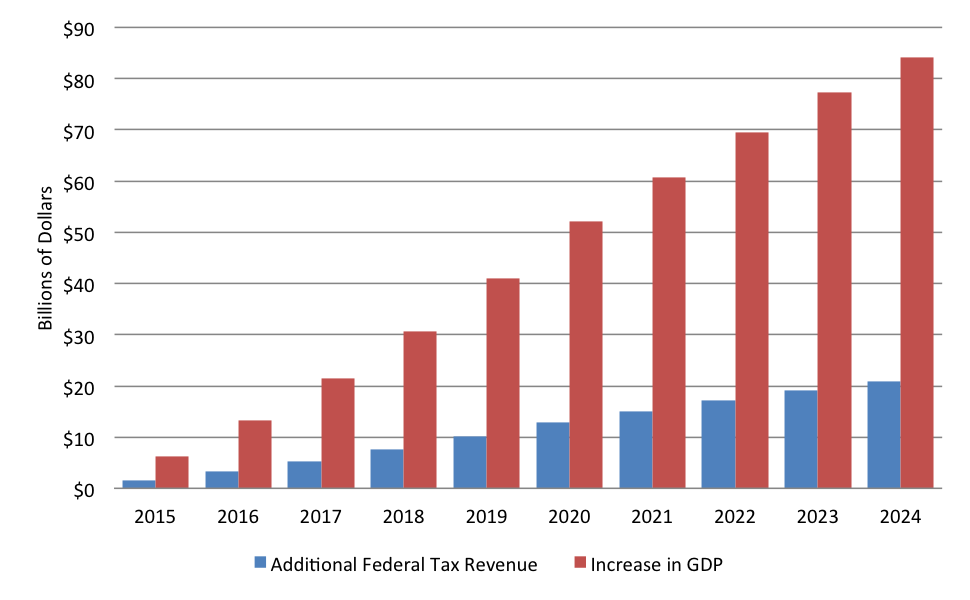 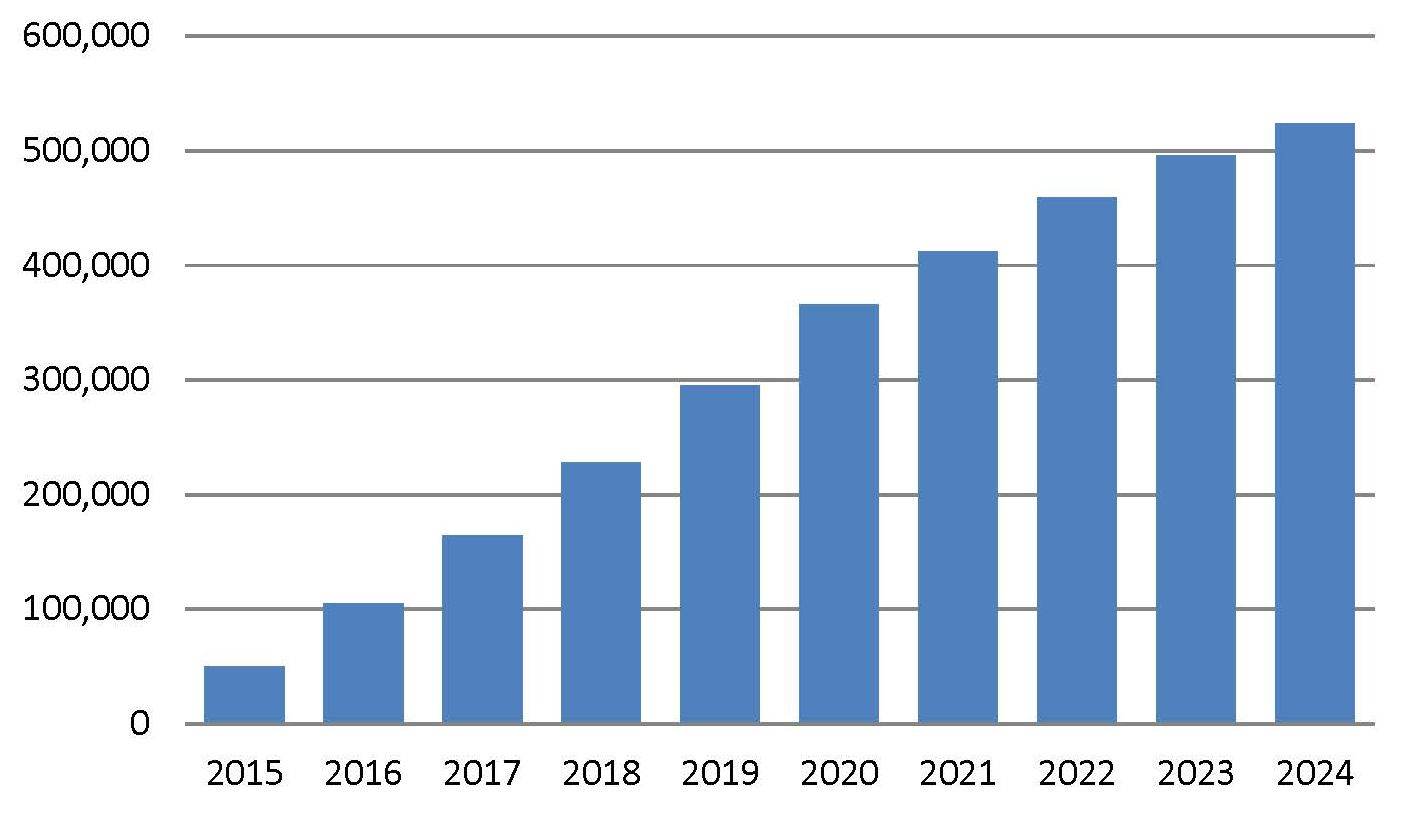 The current annual cap on H-1B visas of 65,000 plus 20,000 for advanced degree holders was oversubscribed at the beginning of April in just five days. It seems reasonable that the new cap would increase each year by the 10,000 slots allotted until it hit the 180,000 visa limit. Assuming some attrition and a six-year term, there would quickly be several hundred thousand more individuals in the workforce each year over the next decade under the proposed Senate bill. The first year of implementation would see 50,000 new H-1B workers. The fifth year there would be close to 300,000 individuals working in the United States who wouldn’t have otherwise been allowed in the country. That number would top out around half a million additional workers nine to ten years after the bill became law.

A more complete explanation of all calculations can be found in this paper (PDF) by research fellow Tom Church.