Young people in this country are failing civics, which is a crisis for the nation. Friday, July 1, 2011 5 min read By:
William Damon, 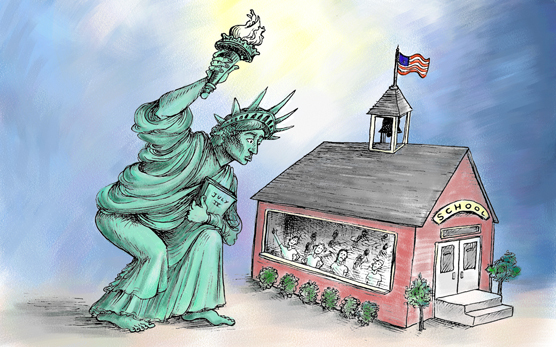 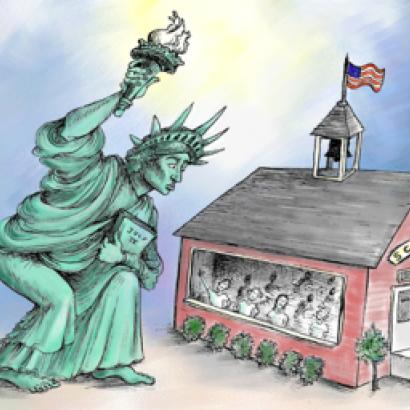 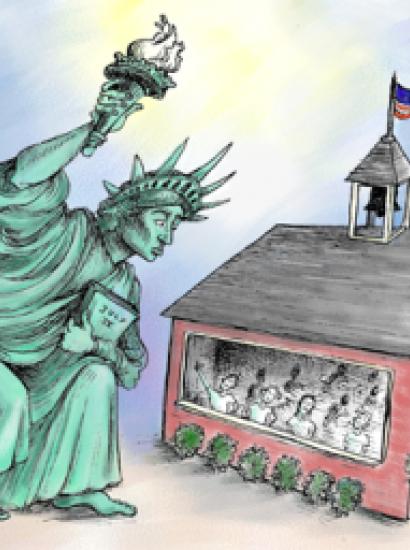 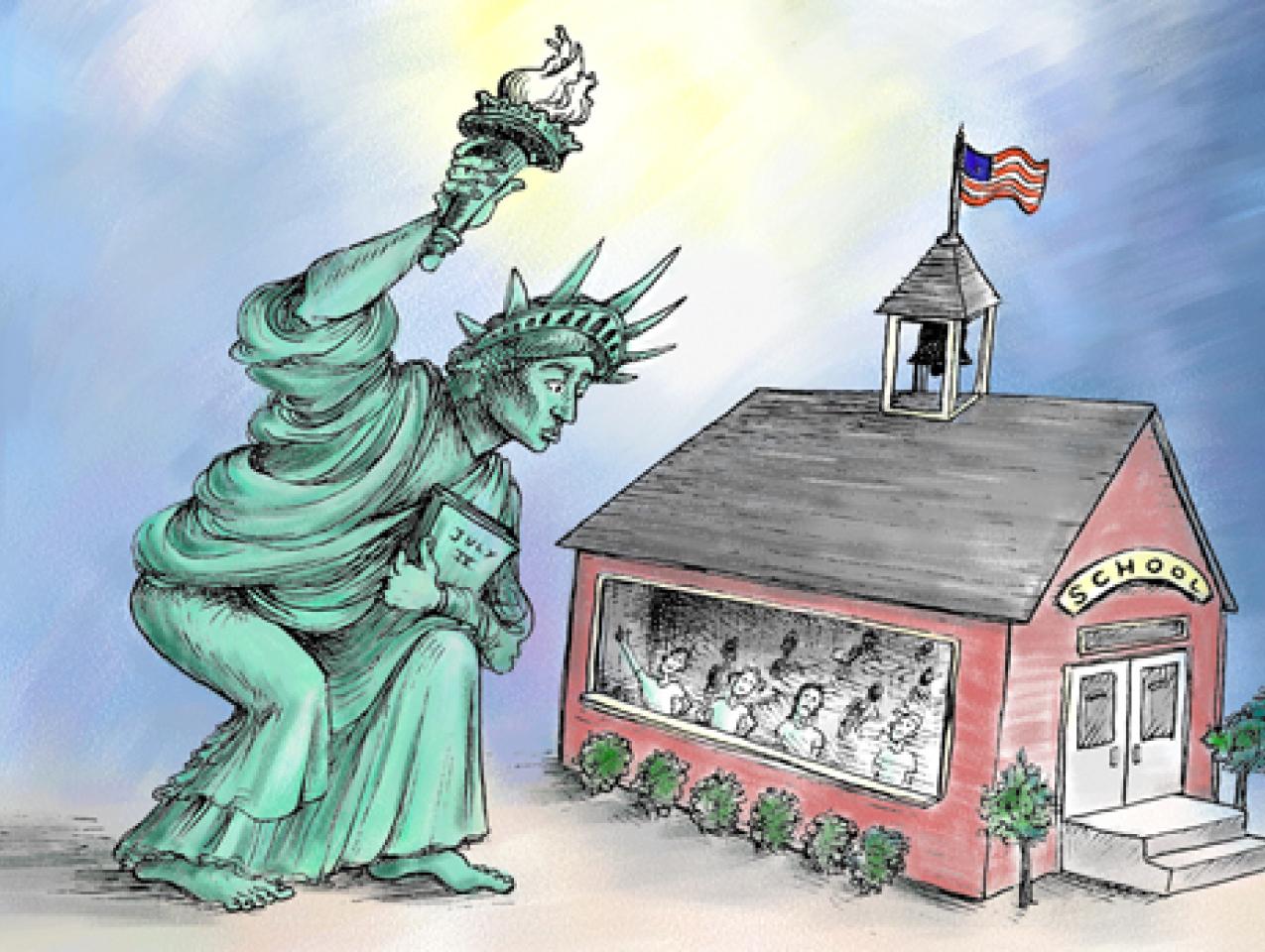 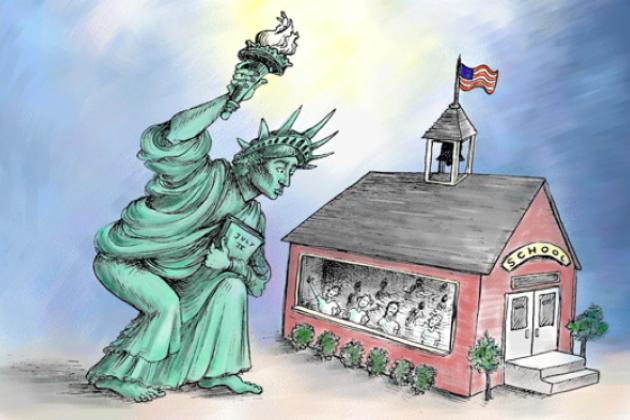 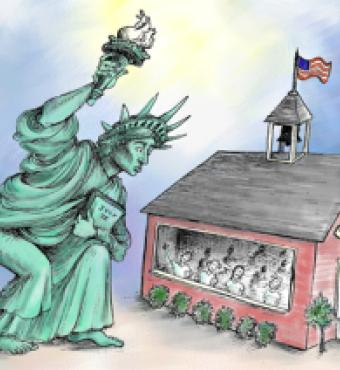 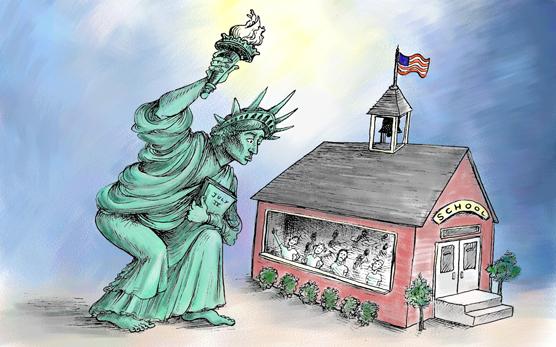 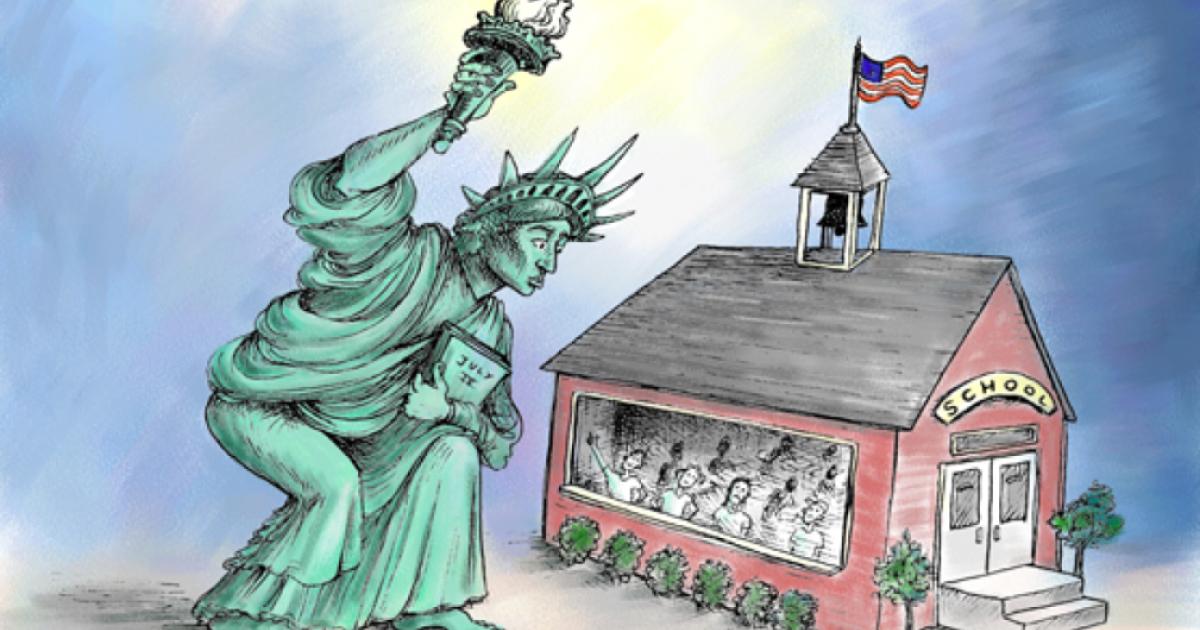 The New York Times headline from May could not have been more compelling: "Failing grades on civics exam called a 'crisis.'" The accompanying story reported bleak news from the latest National Assessment of Student Progress (widely known as the "nation's report card"). Among our present crop of high school seniors, only one in four scored at least "proficient" in knowledge of U. S. citizenship. Of all the academic subjects tested, civics and the closely linked subject of history came in last: "a smaller proportion of fourth and eighth graders demonstrated proficiency in civics than in any other subject the federal government has tested since 2005, except history, American students' worst subject." 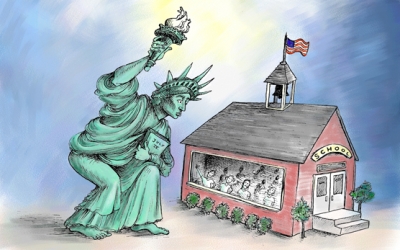 Not surprisingly, the story drew appalled reactions from public figures such as Sandra Day O'Conner ("we have a crisis on our hands"). Charles Quigley, a civics educator, noted that "the results confirm an alarming and continuing trend that civics in America is on the decline." He declared that in the U.S. today, "civic education is facing a real 'civic recession.'" Yet within a week, despite the perception of crisis among those who were paying attention, the story vanished from sight. This may be the most alarming part of the crisis—our society's seeming lack of awareness of the grave threat that civic ignorance among our youth poses to the future of our democracy.

Perhaps this important story was largely ignored because it was not really news. For the past ten years or more, virtually every glimpse into American students' views on citizenship has revealed both a lack of understanding and a lack of interest. An American Enterprise Institute study earlier this year found that most social studies teachers doubted that their students grasped core U.S. citizenship concepts such as the Bill of Rights or the separation of powers. A recent Department of Education study found that only nine percent of U.S. high school students are able to cite reasons why it is important for citizens to participate in a democracy, and only six percent are able to identify reasons why having a constitution benefits a country. The Center for Information and Research on Civic Learning and Engagement (CIRCLE) has reported a decades-long, step-wise decline in interest in political affairs among college freshmen—from over 60 percent of the population in 1966 to less than half that percentage in our current period.

A free society requires an informed and virtuous citizenry.

For the past ten years, our research team at Stanford has interviewed broad cross-sections of American youth about what U. S. citizenship means to them. Here is one high school student's reply, not atypical: "We just had (American citizenship) the other day in history. I forget what it was." Another student told us that "being American is not really special….I don’t find being an American citizen very important." Another replied, "I don’t want to belong to any country. It just feels like you are obligated to this country. I don’t like the whole thing of citizen...I don’t like that whole thing. It’s like, citizen, no citizen; it doesn’t make sense to me. It’s like to be a good citizen—I don’t know, I don’t want to be a citizen...it’s stupid to me."

Such statements reflect more than an ignorance of citizenship—though they may provide us with clues about the source of students' present-day lack of knowledge. Beyond not knowing what U.S. citizenship entails, many young Americans today are not motivated to learn about how to become a fully engaged citizen of their country. They simply do not care about their status as American citizens. Notions such as civic virtue, civic duty, or devotion to their country mean little to them. This is not true of all young people today—there are exceptions in virtually every community—but it accurately describes a growing trend that encompasses a large portion of our younger generation.

This trend has not arisen in isolation. Indeed, the attitudes of many young Americans are closely aligned with intellectual positions that they likely have never encountered first-hand. In our leading intellectual and educational circles, the entire notion of national devotion is now in dispute. For example, in a book about the future of citizenship, a law professor recently wrote: "Longstanding notions of democratic citizenship are becoming obsolete …American identity is unsustainable in the face of globalization." As a replacement for commitment to a nation-state, the author wrote, "loyalties…are moving to transnational communities defined by many different ways: by race, ethnicity, gender, religion, age, and sexual orientation." In similar fashion, many influential educators are turning to "cosmopolitanism" and "global citizenship" as the proper aim of civics instruction, de-emphasizing the attachment to any particular country such as the United States. As global citizens, it is argued, our primary identification should be with the humanity of the world, and our primary obligation should be to the universal ideals of human rights and justice. Devotion to one's own nation state, commonly referred to as patriotism, is suspect because it may turn into a militant chauvinism or a dangerous "my country right or wrong" perspective.

While the lofty ideals of cosmopolitanism and world citizenship are understandable, they do not in themselves provide a realistic route to civic education. For one thing, the serious tasks of citizenship that students need to learn are all played out on a local or national level rather than a global one. We do not pay taxes to the world; we do not vote for a world president or senator; we do not serve in a world army or peace corps; and we are not called to jury duty in any world courtroom. When we write e-mails to our congressional representatives or vote and campaign for candidates running for elected office, these activities are part of our national civic life, not part of any global event. As philosopher Michael Walzer wrote, "I am not a citizen of the world…I am not even aware that there is a world such that one could be a citizen of."

To conduct our U.S. citizenship activities intelligently and responsibly, we must know how the American system operates; and we must care enough to make the effort to get involved. More than this, in times of national peril, we must care enough to sacrifice for the common good if needed. This requires more than civic knowledge: it demands devotion to a cause greater than ourselves. Over the course of American history, love of country has been the foremost motivator of such sacrifices for the greater good, in battles both against tyrannical forces abroad and social injustices domestically.

Discouraging young Americans from identifying with their country—and, indeed, from celebrating the traditional American quest for liberty and equal rights—is a sure way to remove their most powerful source of motivation to learn about U. S. citizenship. Why would a student exert any effort to master the rules of a system that the student has no respect for and no interest in being part of? To acquire civic knowledge as well as civic virtue, students need to care about their country.

It is especially odd to see schools with large immigrant populations neglect teaching students about American identity and the American tradition. Educational critic Diane Ravitch observed this phenomenon when visiting a New York City school whose principal proudly spoke of the school's efforts to celebrate the cultures of all the immigrant students. Ravitch writes, "I asked him whether the school did anything to encourage students to appreciate American culture, and he admitted with embarrassment that it did not."

These and other American students are being urged to identify with, on the one hand, customs from the native lands they have departed and, on the other hand, with the abstract ideals of an amorphous global culture. Lost in between these romantic affiliations is an identification with the nation where these students actually will practice citizenship. Adding to the dysfunction of this educational choice, as Ravitch writes, is the absurdity of teaching "a student whose family fled to this country from a tyrannical regime or from dire poverty to identify with that nation rather than with the one that gave the family refuge."

We are not "citizens of the world." We do not pay taxes to the world; we do not vote for a world president or senator.

How can we do better? Of course we need to teach students the Constitution, along with its essential underlying principles such as separation of powers, representative government, and Federalism. Excellent programs for such teaching now exist. But these programs are not widely used amidst today's single-minded focus on basic skills. Compounding this neglect, the school assessments that drive the priorities of teachers infrequently test for civic knowledge. To preserve the American heritage of liberty and democracy for future generations, citizenship instruction must be placed front and center in U. S. classrooms rather than relegated to the margins.

As for the essential matter of motivation, the only way to capture students' interest is to inspire in them some justifiable pride in their country's best traditions. Fortunately, U. S. success stories are not hard to find. In our recent history, three 20th Century cases could be taught to promote pride in the American tradition: 1) the civil rights movement that extended rights to millions of citizens in the United States; 2) victories over totalitarianism (especially fascism, communism, and other militaristic tyrannies) that extended new freedoms to millions of subjugated people in Europe and Asia; and 3) the building of a middle class that offered economic freedom to millions of ordinary citizens, and to immigrants coming to American in search of a better life as well.

We live in a time marked by anxieties over many perceived threats to our way of life—terrorism, economic collapse, and climate change, to mention just a few of the widespread fears making our headlines these days. But there is a looming crisis closer at hand that poses every bit as grave a threat to the future of our way of life: the very real possibility that our democracy will be left in the hands of a citizenry unprepared to govern it and unwilling the make the sacrifices needed to preserve it. A free society requires an informed and virtuous citizenry. Failing this, as Ben Franklin long ago warned, despotism lies just around the corner.

This essay is based on a new book by the author titled, Failing Liberty 101: How We Are Leaving Young Americans Unprepared for Citizenship in a Free Society.
An Education in Economics

What William Damon describes in his essay is not a new phenomenon, I believe. When I was a college freshman in 1956, I can recall thinking that, if the rest of the world could vote in our elections, they would vote for Adlai Stevenson. Four years later, I was the only person in my family to vote for Richard Nixon. The intervening years had included a course in economics. The failure of our educational system is that college freshmen are not taught to shed their immature ideas.