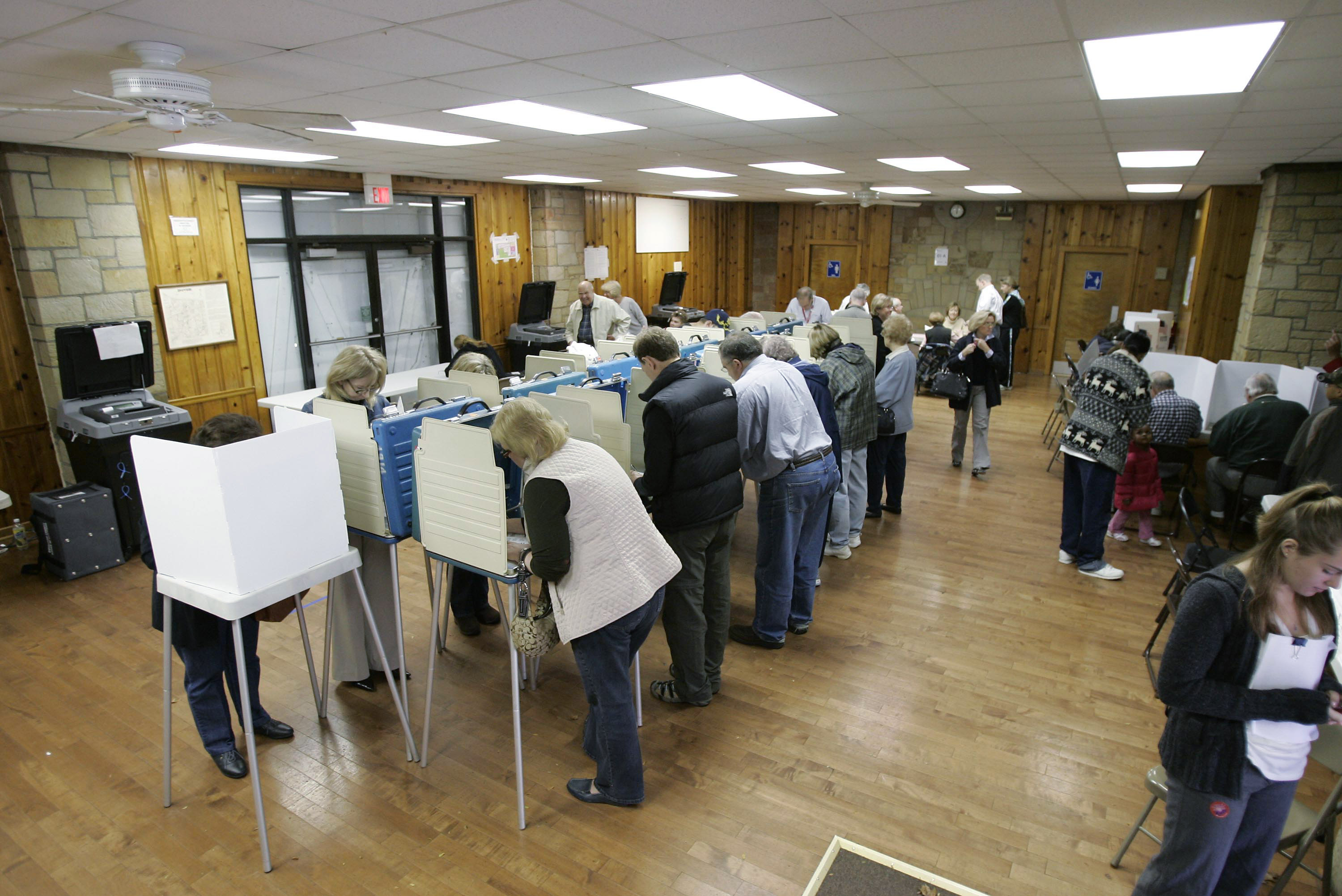 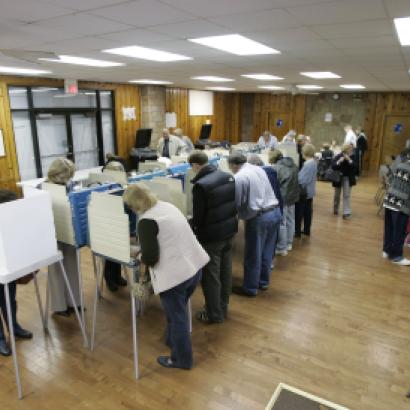 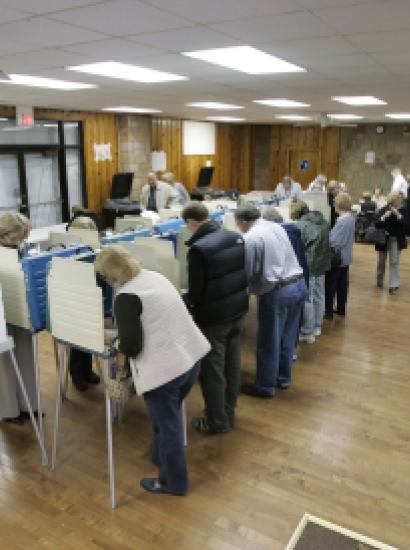 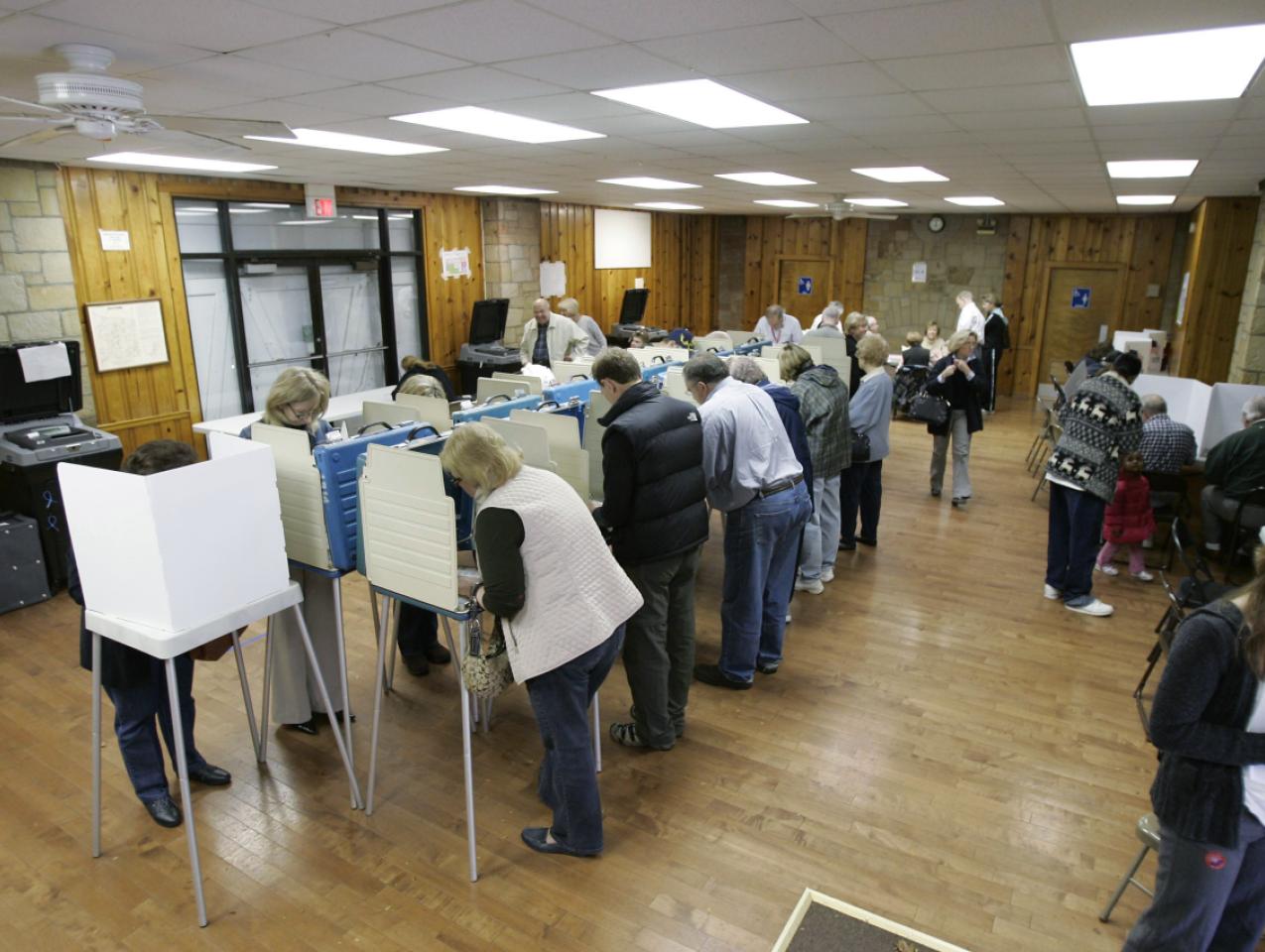 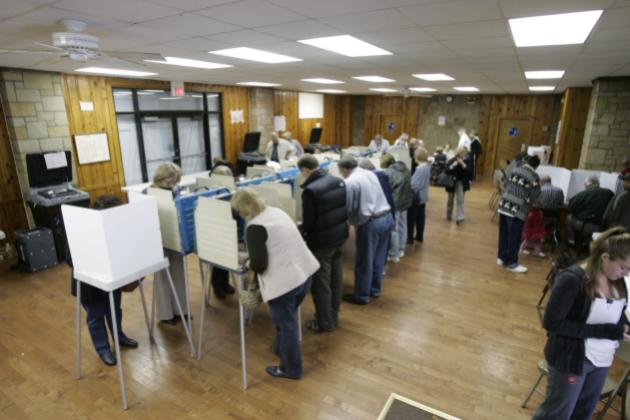 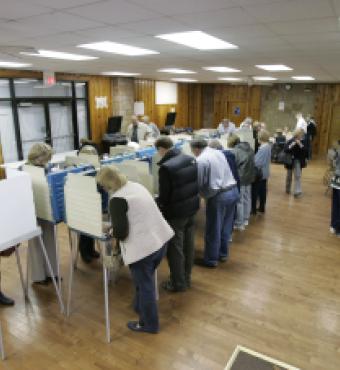 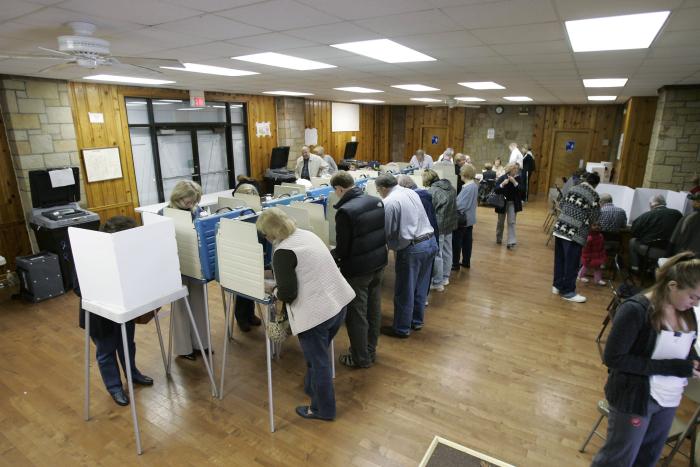 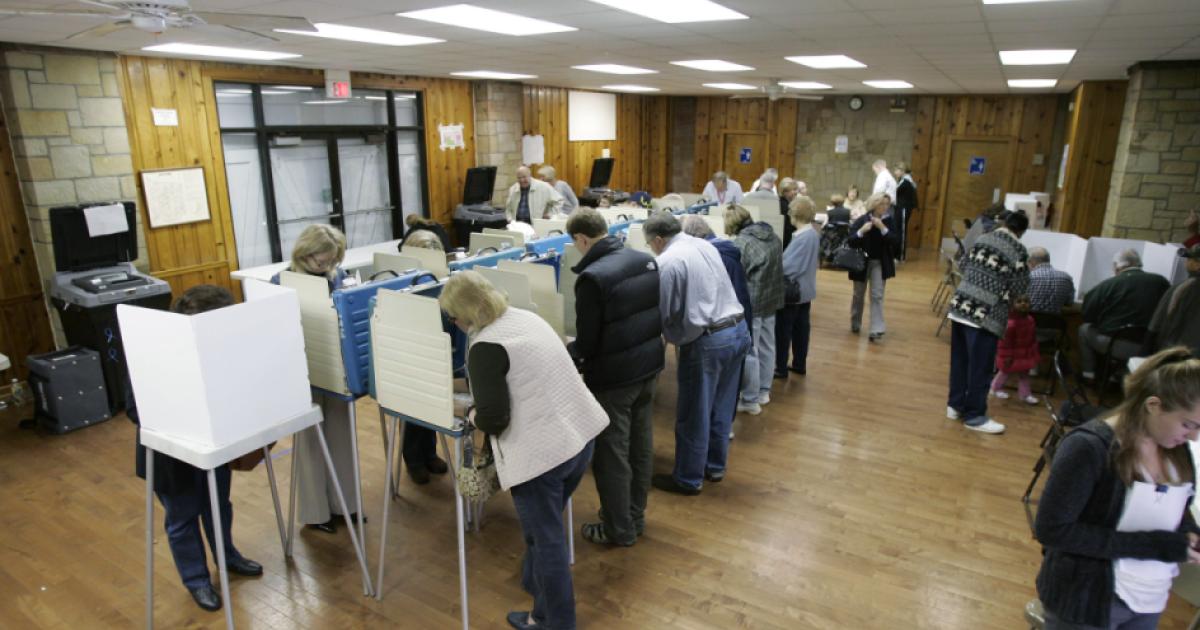 There are few things as controversial in American political life as voting rights. The issue surged to the fore this past week in Veasey v. Abbott when the Fifth Circuit, by a 9-6 vote, delayed the enforcement of Texas Law SB 14. This law limited the forms of photo identification that could be used when registering to vote to state driver’s licenses, U.S. passports, military photo IDs, concealed weapon permits, and U.S citizenship certificates with photographs. Although the law provided for some exceptions for poor and disabled persons, it has been attacked as the most restrictive voting rights law in the United States.

A variety of plaintiffs mounted both a constitutional and a statutory challenge to the law—the former under the Equal Protection Clause of the Fourteenth Amendment, and the latter under Section 2 of the Voting Rights Act, as amended in 1982. The plaintiffs’ burdens under the two provisions are distinct. It has long been accepted under the 1976 Supreme Court decision in Washington v. Davis that an equal protection challenge to any law cannot rest simply on proof that the law has a disparate impact by race, but rather, must show that there was some intention on the part of the lawmakers to abridge those rights on the grounds of race.

In contrast, the 1982 Amendments to the 1965 Voting Rights Act gravitated toward a stricter standard by prohibiting any law “which results in a denial or abridgement of the right of any citizen of the United States to vote on account of race or color.” That standard is then further refined in ways calculated to invite litigation, taking into account the possibility that the “political process is not equally open to participation by members of a protected class”—code for minority members, who have “less opportunity to participate in the political process.”

The issue of the constitutionality of photo IDs arose in 2008 in Crawford v. Marion County Election Board, where the Supreme Court, by a 6-3 vote, upheld an Indiana ID law that required voters to show either state or federal picture ID by denying that such a requirement unduly infringed on anyone’s right to vote. The Court only looked at the constitutional challenge and did not consider the 1982 Voting Rights Amendments, presumably because none of the parties thought it could support a claim. Instead, Justice Stevens wrote that the law was neutral on its face, and had a permissible justification of preventing voter fraud that could upset the results of individual elections and undermine public confidence in the electoral process.

One way to look at Crawford is that preventing voter fraud is important enough to justify the small burden on individual citizens of showing photo ID—a burden no greater than that faced for getting on an airplane. The record makes this view attractive. In Texas, the required IDs were held by over 95% of the population, but among the registered voters, “Hispanic and Black voters were respectively 195% and 305% more likely than their Anglo peers to lack SB 14 ID.” No one claimed this differential rate of registration was attributable to any form of state discrimination. Texas did not charge for the required ID, though there was evidence in the record that some individual plaintiffs had difficulty in navigating the system. It was also agreed that the Texas law passed in 2011 only after tremendous political struggle on a straight party-line vote, which reflected the dominance of Republicans in both houses of the Texas legislature.

There is little question that the Fifth Circuit could have easily dismissed the entire case by a respectful citation to Crawford. But instead, it took out the heavy artillery to upend the Texas statute. If Veasey survives, it will be exceedingly difficult for any photo ID law to pass muster in the United States, at least in the absence of heavily documented instances of fraud, and perhaps not even then.

Veasey goes off the rails with its uneven treatment of the fraud question. The debate over the frequency of individual fraud in various elections has been much mooted and the received wisdom is that the fraud risk is overrated in most cases. But the hard question is by exactly how much. The Veasey majority took an overly dismissive view on the question when it treated the risk as minimal, given that there were “only two convictions for in-person voter impersonation fraud out of 20 million votes cast” before the law was passed. But that result is also consistent with the proposition that significant fraud—including the organized fraud-rings found elsewhere—is going undetected by the criminal system, and a simple ID law is needed precisely because the criminal system is so weak. “Landslide Lyndon” Johnson’s victory in the 1948 senatorial election was, after all, rife with fraud. If it is permissible to refer to the inexcusable racism of 1930s Texas with respect to voting, why not take a similarly long view on fraud?

Once the fraud issue was downplayed, the majority in Veasey tackled both the constitutional and the statutory claims. On the constitutional issue, the inescapable difficulty with any intent test is that professional politicians on both sides of the aisle know which party is likely to benefit from any given enactment—which explains why the Democrats stonewalled and the Republicans pushed SB 14 over multiple legislative sessions. But if the simple knowledge of a disparate impact were sufficient to establish the intent requirement in an equal protection case, the jig is over: it is always there, and it always cuts in favor of the Democrats whose own political machinations are outside the purview of judicial review because they are acting on behalf of some protected class. Hence it takes more to establish the intent requirement, and it is here that the majority badly flubs the issue.

Let’s start with the simple point that no one found any statement by any person that indicated an invidious racial motive. To the majority, however, even this clean record was suspect, because it was quite happy to insist, without any documentation, on “the sad truth that racism continues to exist in our modern American society despite years of laws designed to eradicate it.” If you start with that presumption, you look for ways to confirm it. At this point, the majority first cautions against using evidence of misdeeds long ago to prove the charges, but nonetheless refers back to admitted cases of racial injustice, none of which are more recent than 1975. It also thinks it is permissible to infer racist sentiments from official opposition to the Voting Rights Act, which only hampers the ability of politicians to criticize the existing law, one that in my view has long been overly-intrusive into the electoral process.

There was clearly not enough in this disconnected set of dribs and drabs to sink the law, so the Circuit Court then mistakenly remanded the case for further findings to see if this portion of the case could be bulked up by circumstantial evidence gleaned by scrutinizing the long political battle. The simple point here is that every reform undertaken today is reviewed in light of sins committed decades ago. It is easier to think back to the original sins of America’s racist past than to trumpet the manifest progress on race relations that has only come undone in the last several years of heightened racial animosity.

The Fifth Circuit majority engages in equally dubious tactics in finding that the laws in question work a disparate harm on minority individuals. Once again, the heavy weight of the past is said to block equal participation in the political process, without any explanation of the major changes in legislation and voting behaviors since 1965. The 1982 Senate Report on the Voting Rights Amendments places a lot of emphasis on the various electoral devices of recent memory that were used to disenfranchise minority voters: the use of slates and large districts, for example. But the only issue that resonates today is the insistence that the law take into account “the extent to which members of the minority group in the state or political subdivision bear the effects of discrimination in such areas as education, employment and health, which hinder their ability to participate effectively in the political process."

At this point, it is easy to draw up a story about how the extra burdens of the voter ID laws fall disproportionately on minority persons, given that persistent differences by race in education, employment, and health are the norm today (in part because of the misguided progressive policies that hamper charter school education, place minimum wage and union barriers against minority employment, and block the entry of low-class corporate healthcare providers in minority neighborhoods). And it is easier still to select individual instances where the burdens of compliance are higher than the norm. But the central point is that nothing in the majority opinion stated, let alone demonstrated, that minorities who suffer from educational, employment, or health disadvantages find it any more difficult than white individuals to get the appropriate IDs. The sole objection was that there were more minority individuals in this vulnerable group, so that the disparate impact claim is always made out once the standard demographic information is trotted out.  By this dubious logic, it is possible to order the removal of existing safeguards against fraud because they too have a disparate impact.

It follows that, in light of the double-barreled attack mounted in Veasey, it will be exceedingly difficult to sustain any changes in voter ID laws. This is the highly likely result of any decision that poo-poos the fraud issue, and then relies heavily on past history to taint any efforts to tighten up ID requirements for elections. The long-term consequences of this decision are likely to prove unfortunate. For one thing, much progress could be made in voting rights by simply redoubling registration drives in poor neighborhoods. But instead, the litigation works in the other direction by encouraging people not to get the appropriate IDs if weaker forms of securing the ballot are available. Indeed, the occurrence of fraud is most likely in marginal neighborhoods where white, black, and Latino individuals may well have the weakest attachment to the overall political system.

The decision in Veasey is a careless condemnation of the current system on racist grounds. It may well be that the Texas system is far from ideal, and it would be foolish for any outsider to be overconfident that the ideal set of precautions has been adopted in this case. But based on the weak evidence presented here, it is surely a mistake for a majority of the Fifth Circuit to block the law within months of a presidential election. The Supreme Court should stay Veasey and review the outcome in light of its own now denigrated decision in Crawfold. The odds are 4-4 that this will not happen.