The Assault On Wealth

A tax on the very rich is a very bad idea. 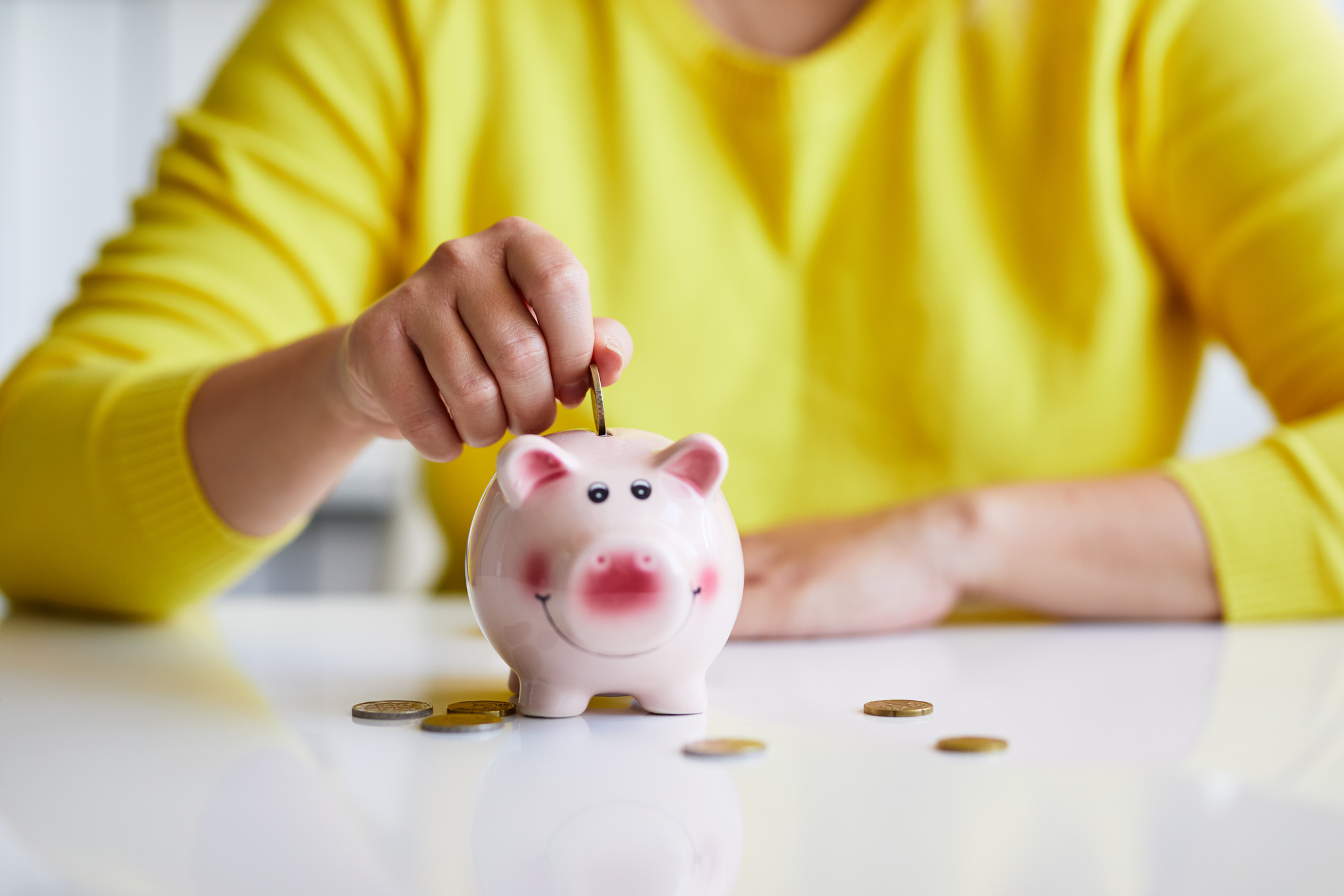 The Assault On Wealth 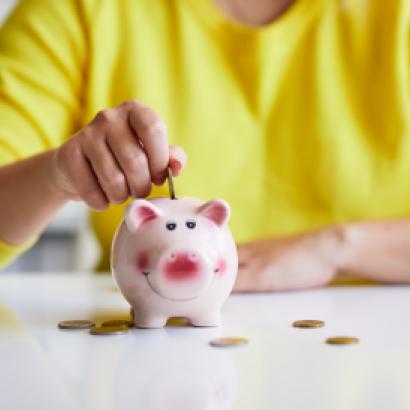 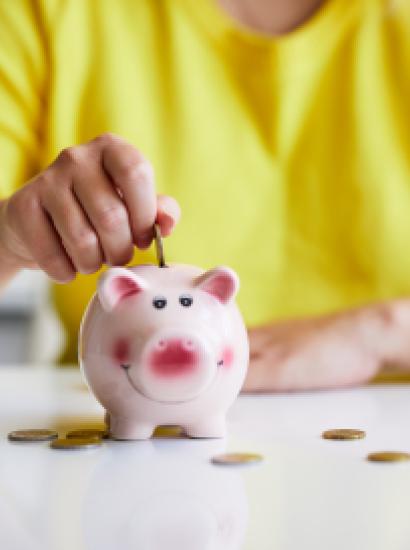 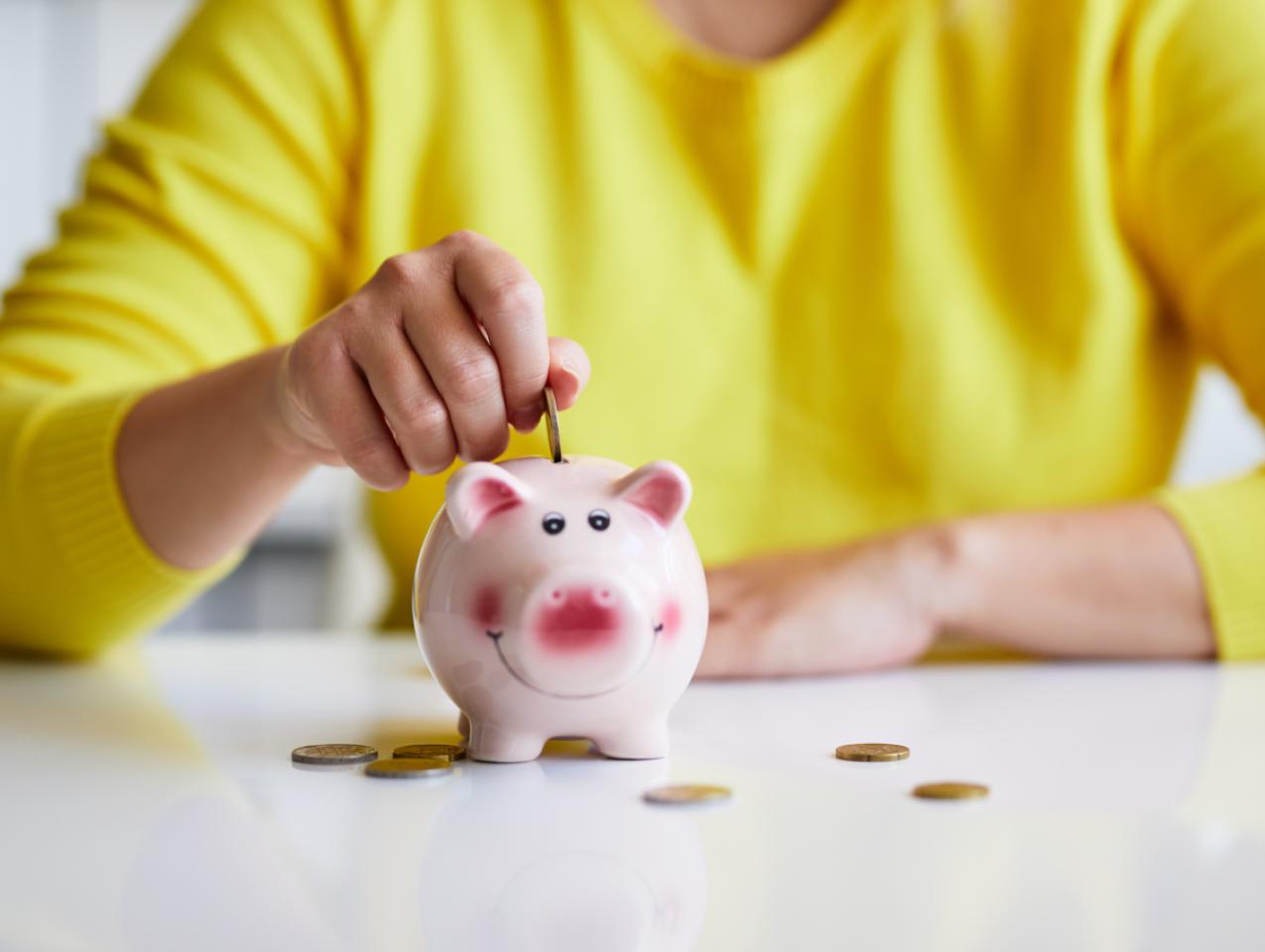 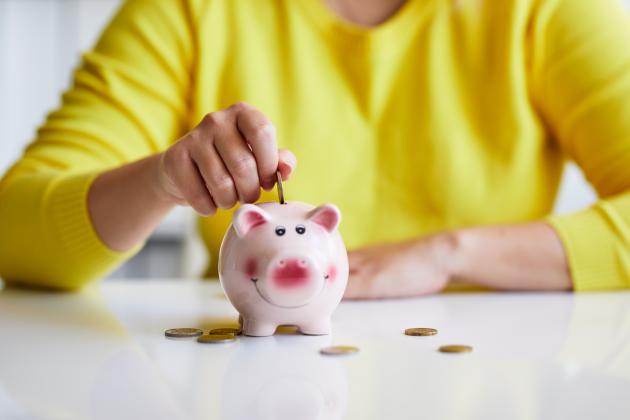 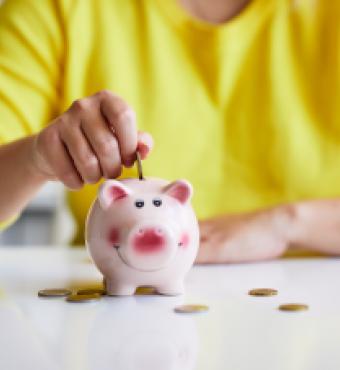 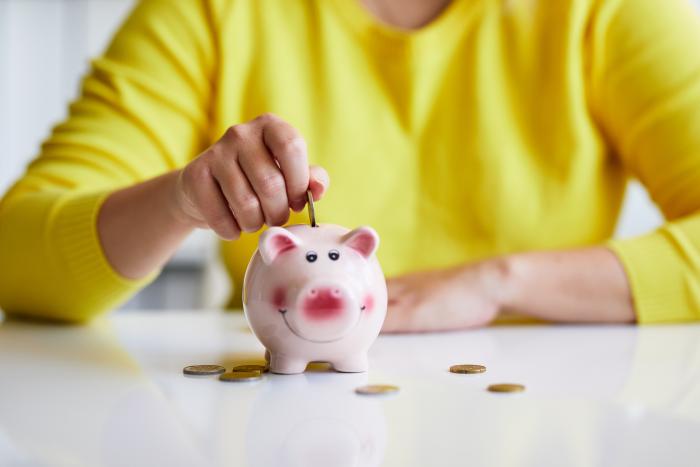 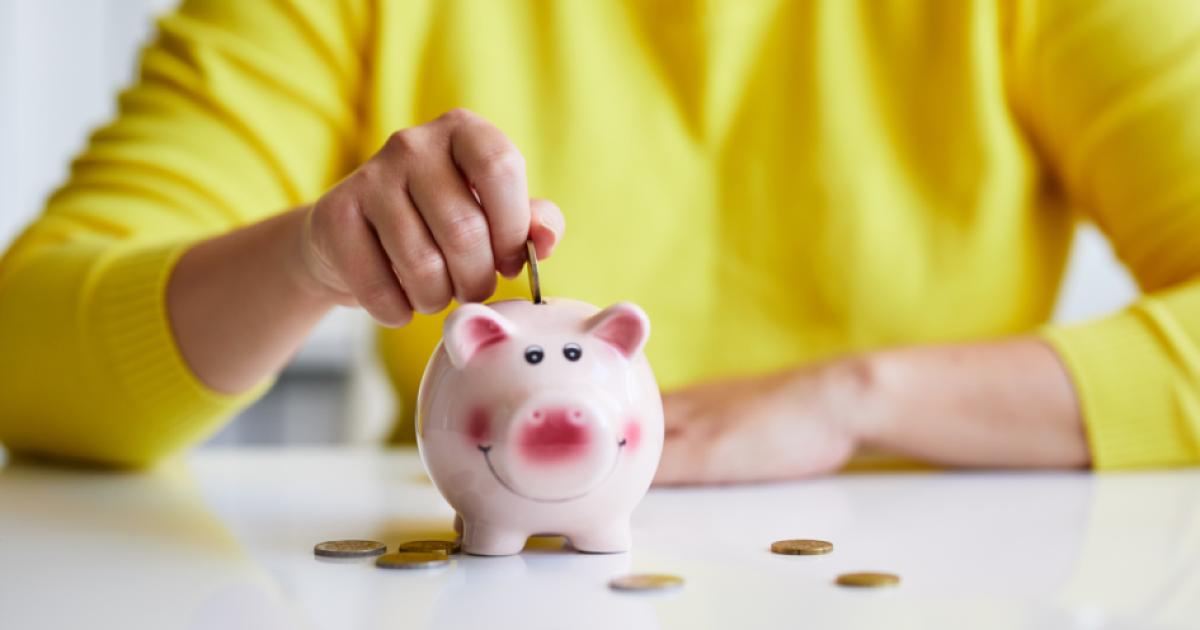 What it is ain’t exactly clear.

There’s a man with a gun over there,

Telling me I’ve got to beware.

During the last few years, and especially this year, we have seen a growing attack on the very wealthy and even, to some extent, the very idea of wealth.

In September, for example, Sen. Bernie Sanders, a leading candidate for the 2020 Democratic nomination for President, stated “I don’t think that billionaires should exist in the United States,” adding “I hope the day comes when they don’t.” He also referred to the current income and wealth inequality in the United States as “outrageous and immoral.” His fellow Democratic candidate, Sen. Elizabeth Warren, whose net worth is $12 million, has also been hostile to the very wealthy. Both she and Bernie advocate a substantial annual tax on wealth. Warren proposes a 2 percent annual tax on all wealth over $50 million and a 6 percent annual tax on all wealth over $1 billion. Sanders proposes a much higher tax on wealth, starting at 1 percent on wealth above $32 million and reaching 8 percent on wealth over $10 billion.

It’s not just Bernie and Warren. Even some prominent economists advocate substantial taxes on wealth. So, is such a tax justified? Will it have good economic effects? The answers: No, and no. It’s wrong to take people’s wealth when they have earned it or even inherited it. It’s theirs. And a tax on wealth would discourage people from building wealth and encourage the already wealthy to use their wealth in less-productive ways, making the rest of us a little poorer than otherwise. So both on grounds of fairness and economic well-being generally, a tax on wealth is a bad idea.

Fortunately, it’s not just free-market economists like me who believe this. One of the strongest opponents of a wealth tax, who bases his opposition totally on the economic effects of such a tax, is former Treasury Secretary Lawrence H. Summers.

Before we consider the economic effects, let’s take a minute to ponder the philosophical case for and against a tax on wealth. One case for is that the wealthy got their wealth by plunder. “Behind every great fortune lies a great crime,” said French novelist Honoré de Balzac. His implication was not just that wealthy people have committed crimes. In his book Three Felonies a Day: How the Feds Target the Innocent, criminal defense attorney Harvey Silverglate argues loosely that a large percent of American adults are criminals even if they don’t know it. Silverglate’s book focuses on crimes that businessmen can commit in their daily business, and virtually every fortune comes out of running or owning a business. But Balzac wasn’t talking about the penny-ante crimes Silverglate documents that can get people in legal trouble; that’s why Balzac used the adjective “great” to describe the crime.

What if we accept Balzac’s claim as true. I don’t accept it, and I’ll say why anon, but let’s entertain the idea for a minute.

What follows from that? Wouldn’t the best strategy be to charge the criminals with their crimes? In one of her campaign ads, Warren highlights billionaire Leon Cooperman, who she claims was charged with insider trading. Put aside the debate over whether insider trading should be illegal. (For a statement about why it shouldn’t be illegal, see this.) Notice two things. First, Warren says that Cooperman was charged with insider trading. But his firm, Omega Advisers, settled with the Securities and Exchange Commission, paying a fine of $4.9 million, and admitted no wrongdoing. Did the firm engage in insider trading? I don’t know. And neither does Warren. But if the SEC had been fairly confident that it could win the case, it didn’t have to settle.

As noted above, I don’t accept that behind every fortune, or even most fortunes, is a great crime. Interestingly also, neither does the main economist who got the ball rolling on wealth taxes earlier this decade. The economist who, more than any other, made attacks on the wealthy more generally respected, is Frenchman Thomas Piketty. His 2014 best seller, Capital in the Twenty-First Century, which, incidentally, made him a wealthy man—by January 2015, it had sold 1.5 million copies—gave a sustained argument for heavy taxes on wealth. But even Piketty admits that one can acquire a huge fortune without committing a crime.

Piketty writes, “To be frank, I know virtually nothing about exactly how Carlos Slim [the richest man in Mexico] or Bill Gates became rich, and I am quite incapable of assessing their relative merits.” Translation: even if they didn’t commit crimes, the government should take a substantial portion of their wealth. Addressing the possible relationship between crime and wealth, Piketty continues, “In any case, the courts cannot resolve every case of ill-gotten gains or unjustified wealth. A tax on capital would be a less blunt and more systematic instrument for dealing with the question.” Excuse me? A tax on capital is less blunt than using the legal system to go after those who have committed crimes? That makes no sense. If the goal is to go after ill-gotten gains or unjustified wealth, a tax on capital, i.e., wealth, is a completely blunt instrument.

Let’s say you don’t buy my philosophical reasoning about why people who create wealth deserve it. There’s still a strong economic case for not taxing wealth. Allowing people to keep their wealth gives them an incentive to save and invest in capital. The greater the amount of capital, the more capital there is for workers to use on the job. Remember that capital is not money; capital is made up of things like plant and equipment. Even a sewing machine is valuable capital if the alternative is sewing by hand. The greater the amount of capital per worker, the higher is the productivity of workers. And the higher the productivity of workers, the higher are real wages. Think about the productivity of a woman in Guatemala who has a sewing machine versus one who doesn’t. A tax on capital would cause capital to grow more slowly and, therefore, would cause real wages to grow more slowly. Which would you rather have: Bill Gates having built a company that generates products that make virtually all of us more productive, or Bill Gates, early in the 1980s, deciding not to grow Microsoft and, instead, taking his millions and buying a nice house? I’m glad he chose the first option. I wouldn’t be writing this article on a computer if neither he nor others had bothered to innovate.

You might think that Gates and Microsoft captured most of the gains from innovating for themselves. Even if they had, we would still be better off as long as we consumers got a sliver of the gains. It turns out, though, that the innovators are the people who get only a sliver. In a pathbreaking study in 2004, Yale University economist William D. Nordhaus, who was co-winner of the Nobel Prize in economics in 2018, estimated that between 1948 and 2001, the vast majority of the gains from innovation were “passed on to consumers rather than captured by producers.” Specifically, he wrote, “2.2 percent of the total present value of social returns to innovation are captured by innovators.” Maybe we should change the Balzac saying to make it more on target economically. How about “Behind every great gain to consumers is an innovator.”

One economist who, surprisingly and disappointingly, has said positive things about taxing the wealthy more heavily is MIT’s Robert Solow. He won the Nobel Prize in economics in 1987 for his work on explaining sources of economic growth. In his model, two important sources are capital and technology. And Solow, to his credit, admits that taxes on wealth would hurt economic growth and hurt workers. In a 2014 New Republic review of Piketty’s book , Solow wrote:

Nevertheless, Solow expresses sympathy for taxes on wealth. In the next two sentences of the paragraph quoted above, he explains why:

But there could be political and social advantages to the second option. If a small class of owners of wealth—and it is small—comes to collect a growing share of the national income, it is likely to dominate the society in other ways as well.

What are those advantages? He doesn’t say. That’s understandable in a book review, but even Piketty, in a 685-page book, doesn’t get around to saying how the wealthy would dominate society.

In a recent forum at the Peterson Institute for International Economics, Piketty’s sometimes co-author Emmanuel Saez of the University of California, Berkeley, made his case for a tax on wealth and claimed that the wealthy have disproportionate influence on economic policy. In a segment that is beautiful to see (from about the 1:07:00 point to the 1:09:30  in this forum), Larry Summers challenged Saez to give an example where reducing wealthy people’s wealth by 20 percent would produce better political, social, or cultural decisions. Summers to Saez: “You’ve been making this argument for years. Do you have one example?” Saez didn’t. Summers went on to make the point that very wealthy people can have large influence by spending a trivial percentage of their wealth. Even heavy taxes on wealth would leave them quite wealthy.

In his earlier presentation on the panel, Summers made another important point. He considered three activities that wealthy people engage in.  Activity A is continuing to invest it productively. Activity B is consuming it—for  example, by hiring a big jet and taking their friends to a nice resort. Activity C is donating it to causes and, if the causes are political, having even larger influence on political causes than they have now. Both B and C are ways to avoid a tax on wealth; A is not.

One final note. I know that politicians of all stripes lie, but one highly misleading line that Warren likes to use is that she’s asking the very wealthy to “pitch in two cents” line. I’ll put aside the fact that she really means two percent. She knows that and, hopefully, the vast majority of her audience knows that. My big problem is the word “asking.” She’s not asking; that’s not how the IRS operates. Warren is threatening to use force on those who don’t comply: that’s the “man with the gun over there” in the Buffalo Springfield song quoted at the start of this essay.

A tax aimed at the wealthy is a bad idea on philosophical and economic grounds. Let’s hope both Senators Sanders and Warren pay the price for their proposed assault on the wealthy and, indirectly, their assault on the rest of us.