It’s even more than a problem of staggering costs and unfair taxation. Erasing students’ debts would violate the economic logic of making a degree pay for itself. 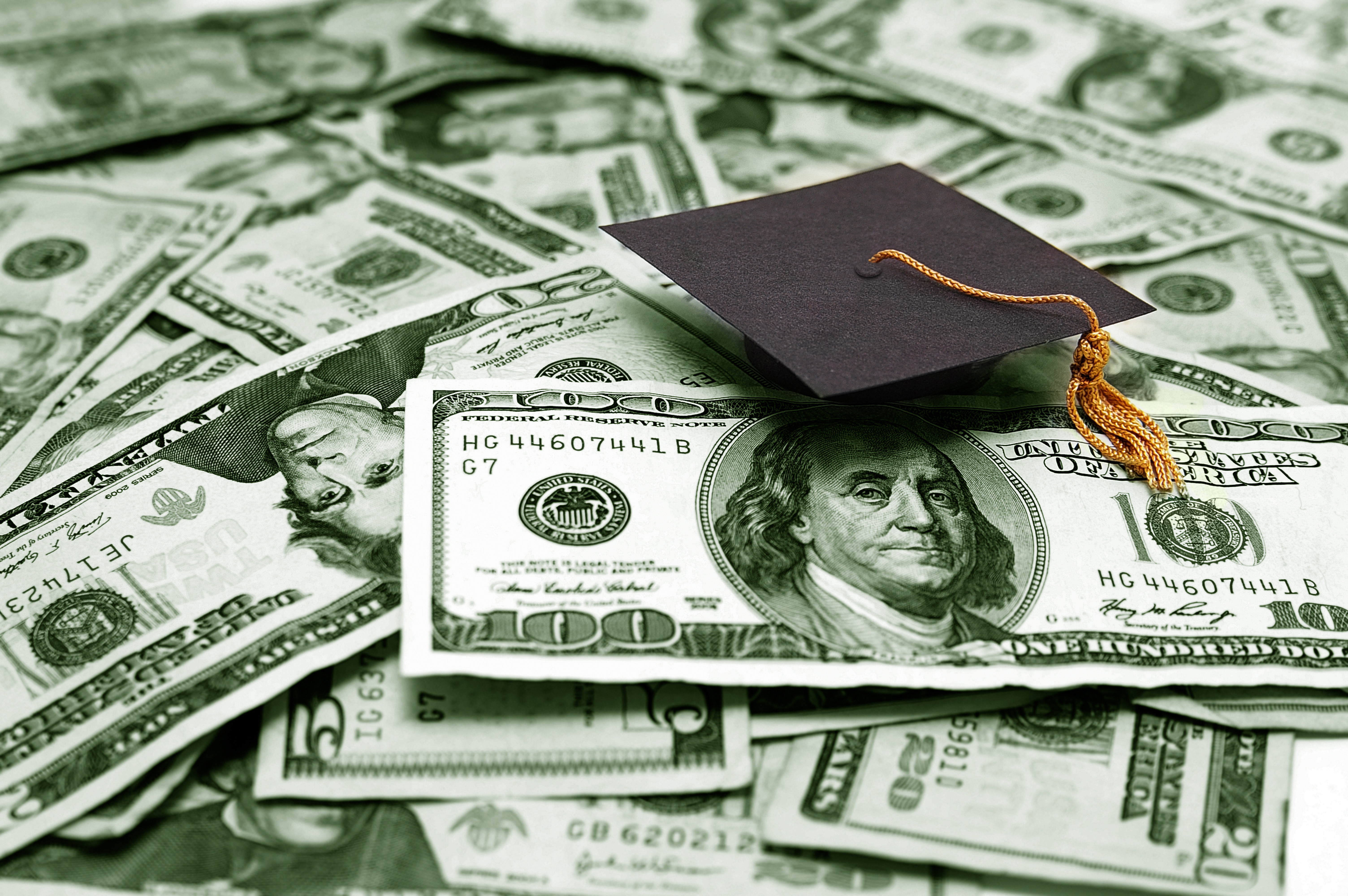 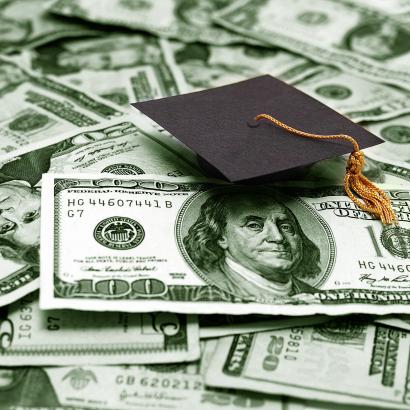 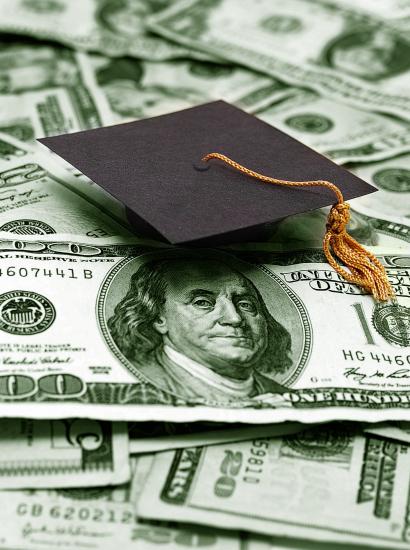 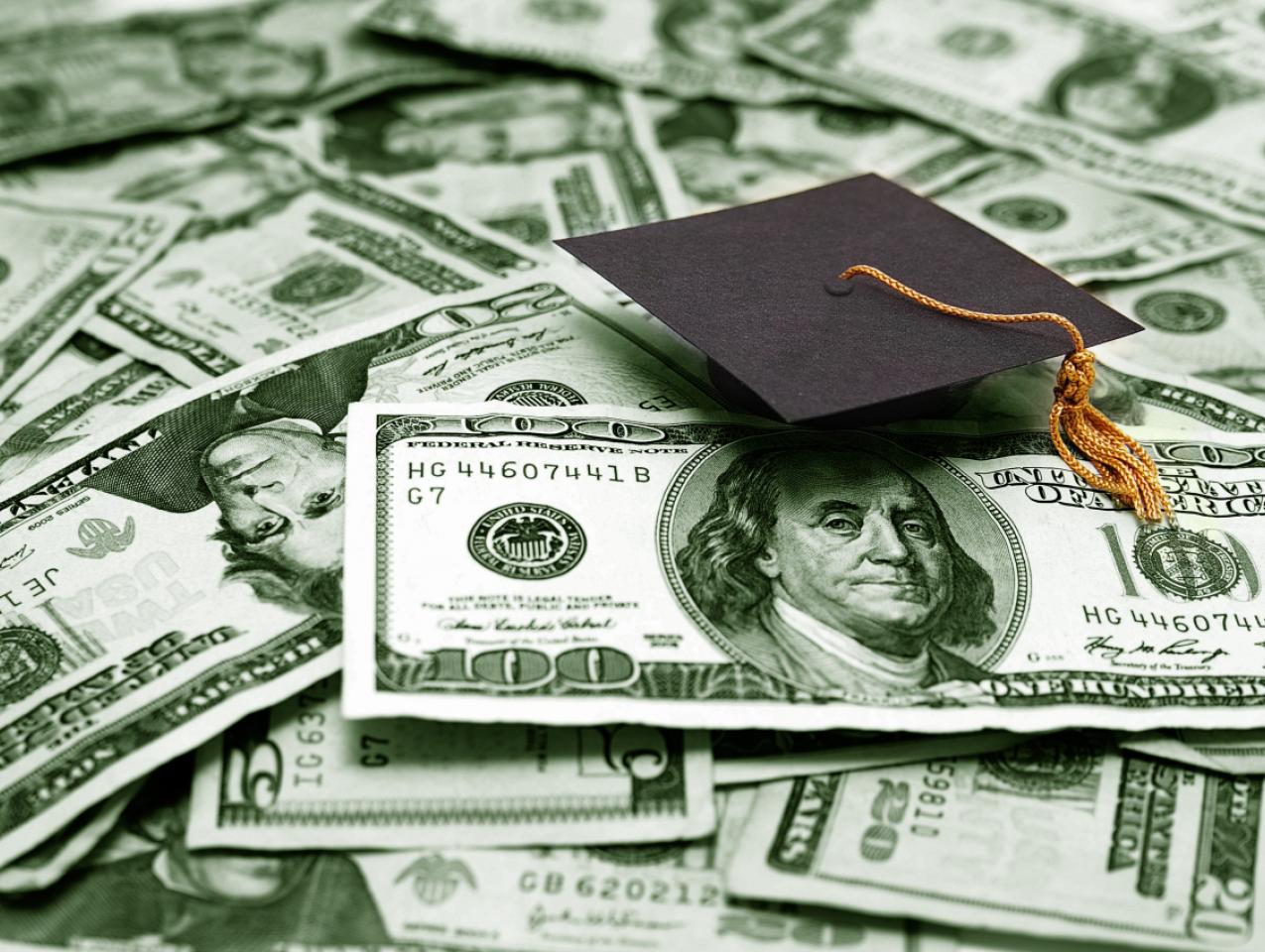 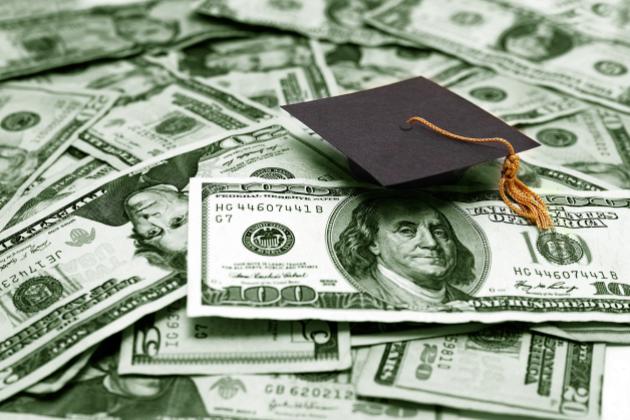 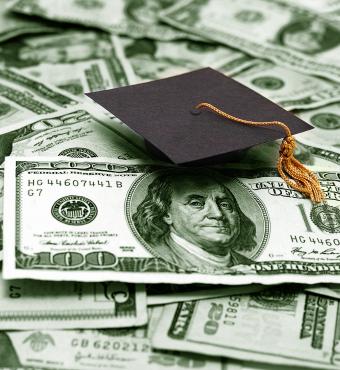 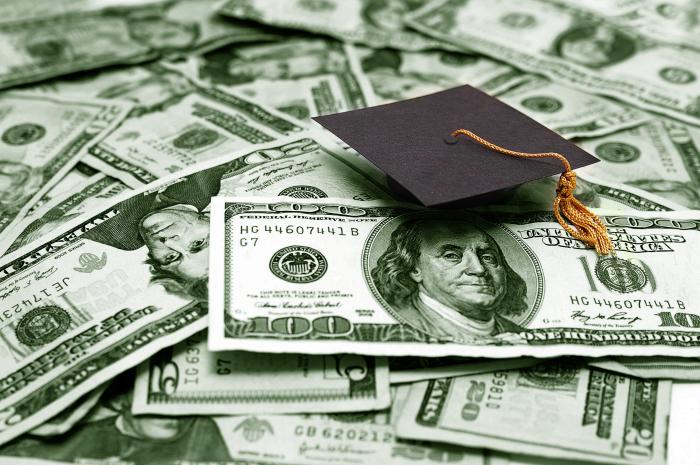 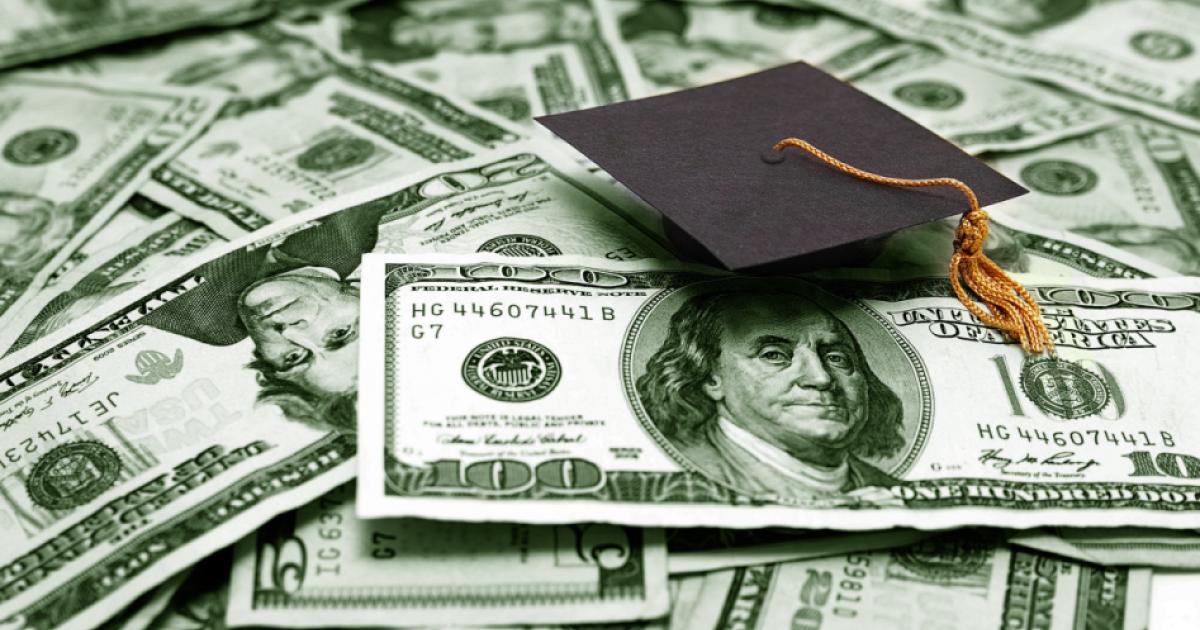 One looming issue facing the incoming Biden administration is what to do with the $1.7 trillion in outstanding student loans, mostly held by the federal government. The most recent internal government analysis found that the United States will lose about $400 billion on its current portfolio of $1.37 trillion, a number likely to increase as the government continues to allocate about $100 billion per year in new student loans. Notably, that analysis did not include the roughly $150 billion in loans backed by the federal government but originated by private lenders.

By way of comparison, private lender losses on subprime loans in the residential lending market were about $535 billion during the 2008 crisis. The student loan and subprime mortgage crises share the same root cause: by statutory design, the government wished to expand both markets, such that loans were made with little or no examination of the borrowers’ creditworthiness. The meltdown of the residential home market arose because private lenders relied on the implicit federal loan guarantee. In the end, this practice pushed Fannie Mae and Freddie Mac, the holders of weak mortgages, over the edge, and ultimately resulted in the wipeout of all the private common and preferred shareholders of the two companies.

Fortunately, the absence of private shareholders ensures that the student loan crisis is not likely to generate such chilling collateral consequences. But the problem of borrower defaults will not go away soon, given that the federal government continues to pump billions of dollars each year into student loans. Unfortunately, this constant infusion of new capital into the lending market is causing increases in college tuition that outstrip inflation, imposing additional costs on individuals who do not take out student loans, and raising the overall cost of education above competitive rates.

The current rickety loan structure has further deteriorated during the ongoing COVID-19 pandemic. The Trump administration has proposed a limited forgiveness plan that contains direct forgiveness of some $25 billion, coupled with an “income-driven replacement plan” that asks successful recipients—those with strong professional or skills training and steady high-paying jobs—to pay 12.5 percent (up from 10 percent currently) of their discretionary income in lieu of fixed interest rates. President-elect Biden favors “immediate” congressional action that would give those who are “in real trouble” $10,000 in student loan forgiveness.

Even that figure has been attacked from the conservative side as twice the proper number, on the ground that most borrowers in true economic distress have accumulated less than $5,000. But the major challenge to Biden comes from the more progressive wing of his party. Senators Chuck Schumer and Elizabeth Warren both think that the president has the legal authority to sidestep Congress and, by executive order, cancel student debt up to $50,000 per borrower, without requiring those students to recognize the tax liability normally imposed on the forgiveness of debt. (Tax law currently exempts from income student loan forgiveness contingent on certain work requirements.) Senator Warren believes that this more radical proposal will remove crushing debt and help close the racial wealth and income gaps, even though the program is not limited to that targeted population.

Indeed, it appears as if the precise opposite is true. The proposed blanket exception contains no limitations that would deny debt cancellation to borrowers whose income was increased by their education and who are consequently able to repay their debts. These individuals have often completed four-year college education and have racked up higher levels of indebtedness than poorer and minority students who first enrolled and then dropped out of community college. In addition, these well-heeled students have long adopted a conscious policy of not repaying their student loans, which made today’s student debt crisis a ticking time bomb by the end of President Barack Obama’s second term. Senators Schumer and Warren never explain why these debts should be forgiven.

The Schumer–Warren approach has a further perverse consequence. As a financial necessity, the proposed omnibus loan forgiveness program does not pay for itself. It has to be offset by some increase of taxes in the short run, or some government borrowing that will add to interest payments down the road. Most recipients of student loans have repaid or will repay their debts to the government in a timely fashion. But under the Schumer–Warren program, such virtuous borrowers will be called upon to pay twice, while the defaulters will not pay at all, adding to the global inequities of the comprehensive forgiveness program.

Beyond that, Schumer and Warren seem utterly untroubled about adding over a trillion dollars to an already bloated federal deficit. They assume, wrongly, that the forgiveness program will operate as the “single biggest stimulus we could add to the economy,” because it will allow hard-pressed families to reallocate to consumption and investment the money that they are now obligated to repay the government. But that partial analysis ignores the obvious rejoinder that these supposed gains will be offset by the reduced expenditures on investment and consumption from those, chiefly the rich and corporations, who will be called upon to pay higher taxes to pay for the program—taxes that Biden supports. Those higher taxes will be a lose/lose proposition, producing lower income for rich and poor alike.

Indeed, the Schumer­–Warren proposal proves too much. If any loan-forgiveness program has desirable social effects, then why limit federal transfer payments to minority and low-income families? There are many individuals who have similar needs—and by the Schumer–Warren logic, direct government grants to them could work the same magic stimulus. But the effect of any such expanded transfer program on aggregate growth is likely to be negative, when we add back in the loss of consumption and investment from the individuals who will pay higher taxes as a result. Added to the social costs are the administrative costs and political log-rolling of putting any new program into place and the distortions that arise by encouraging people to invest in a college education when the skills they acquire cannot support the repayments on the loan (especially for the dispiriting number of Americans who start, but do not finish, that education).

The basic point here should serve as a warning to the incoming Biden administration: it would be risky to follow up on the Bernie Sanders–like proposal that the federal government underwrite free college education, which dispenses with the need for any loans. Converting loans into grants does away with the important function of allocating educational resources to their highest value. In a sensible private market, loans are generated when the income they produce is sufficient to repay the loan with interest and still generate a profit for the borrower. The need to repay puts a real and needed check on the willingness to borrow in the first place. And where the individual borrower does not have the resources to repay for an educational loan, that same monitoring function can be discharged by parents or other family members who guarantee the loan. They have more information about the academic and occupational prospects of the prospective student than any bank or the federal government, and it is likely that they will sign on to the deal only if they think that the prospective student will be able to repay the loan.

Hence, the sorting effect reduces the total losses from misguided loans and harnesses private information about prospective students, who must choose carefully both their proposed degree program and its collateral costs. That discipline, imposed by the market, is wholly lost by a subsidized college scheme, which will make outright grants for strong applicants who do not need them.

An underlying source of danger for the home mortgage market was the false ideal that homeownership was an American goal to which everyone should aspire. But for many individuals, it is far wiser to rent than to own—just as for many students, it is far more sensible and rewarding to learn a trade than to go to a community or a four-year college. And where there are students who have the ability, but not the means, to engage in college work, the current system of scholarships awarded by colleges and various other specialized foundations and educational charities supplies the needed monitoring of the social investment.

There is indeed a larger lesson for progressives to learn. With their precarious majorities, they should reject policies that attempt to control private markets through inefficient regulations and subsidy schemes that favor their preferred constituents and are paid for by taxing the rich. Such an approach does not work for labor markets or medical services, and it cannot work for college education either. The more modest Biden program may not be perfect, but it is way ahead of the false promise contained in the ill-advised Schumer–Warren spending spree of student loan forgiveness.