Beijing’s View Of The World

A model of global governance—made in China. 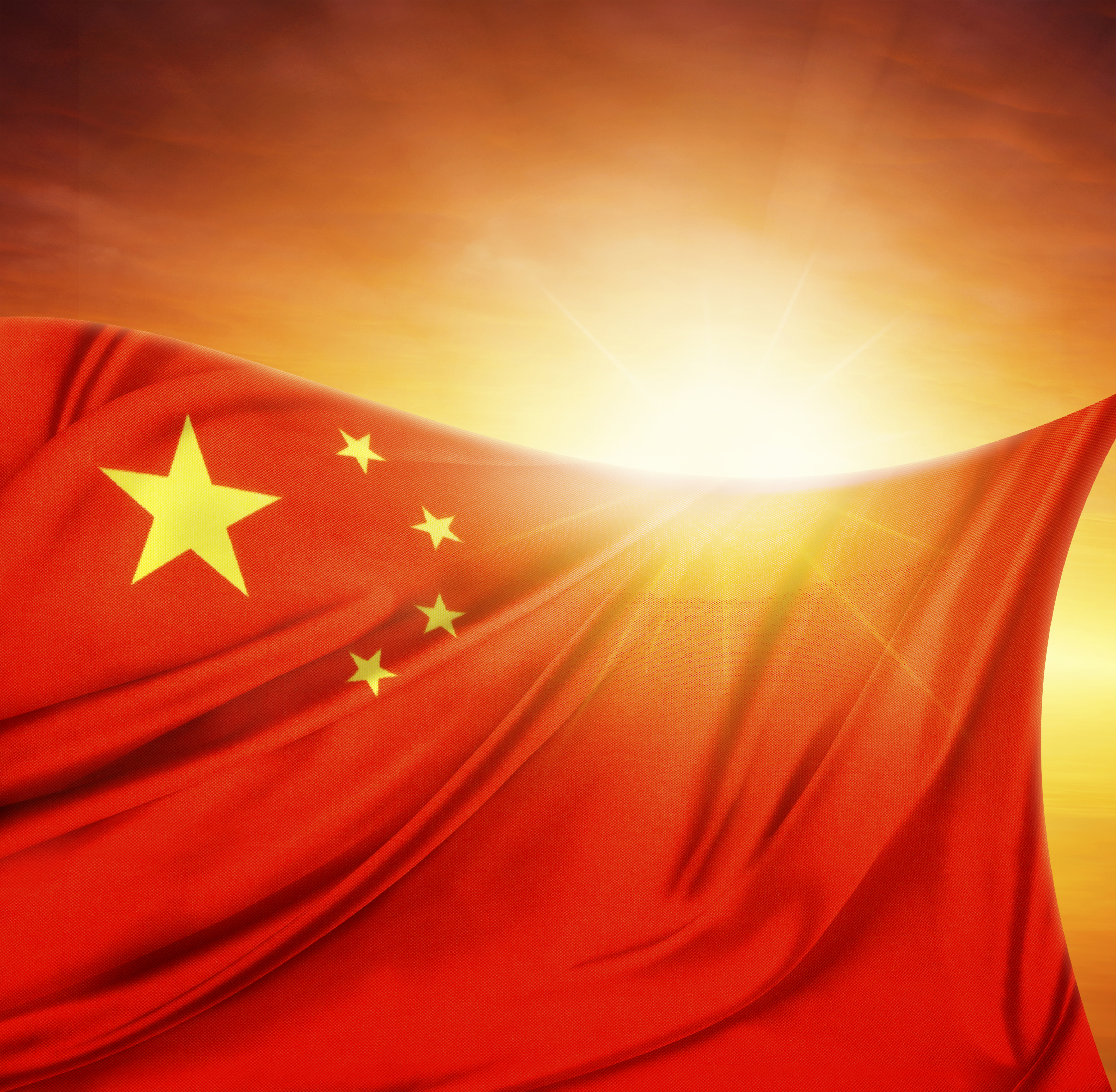 Beijing’s View Of The World 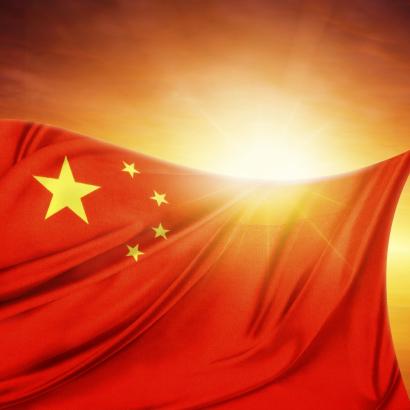 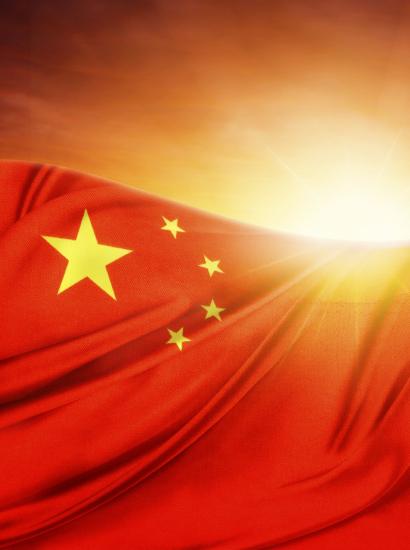 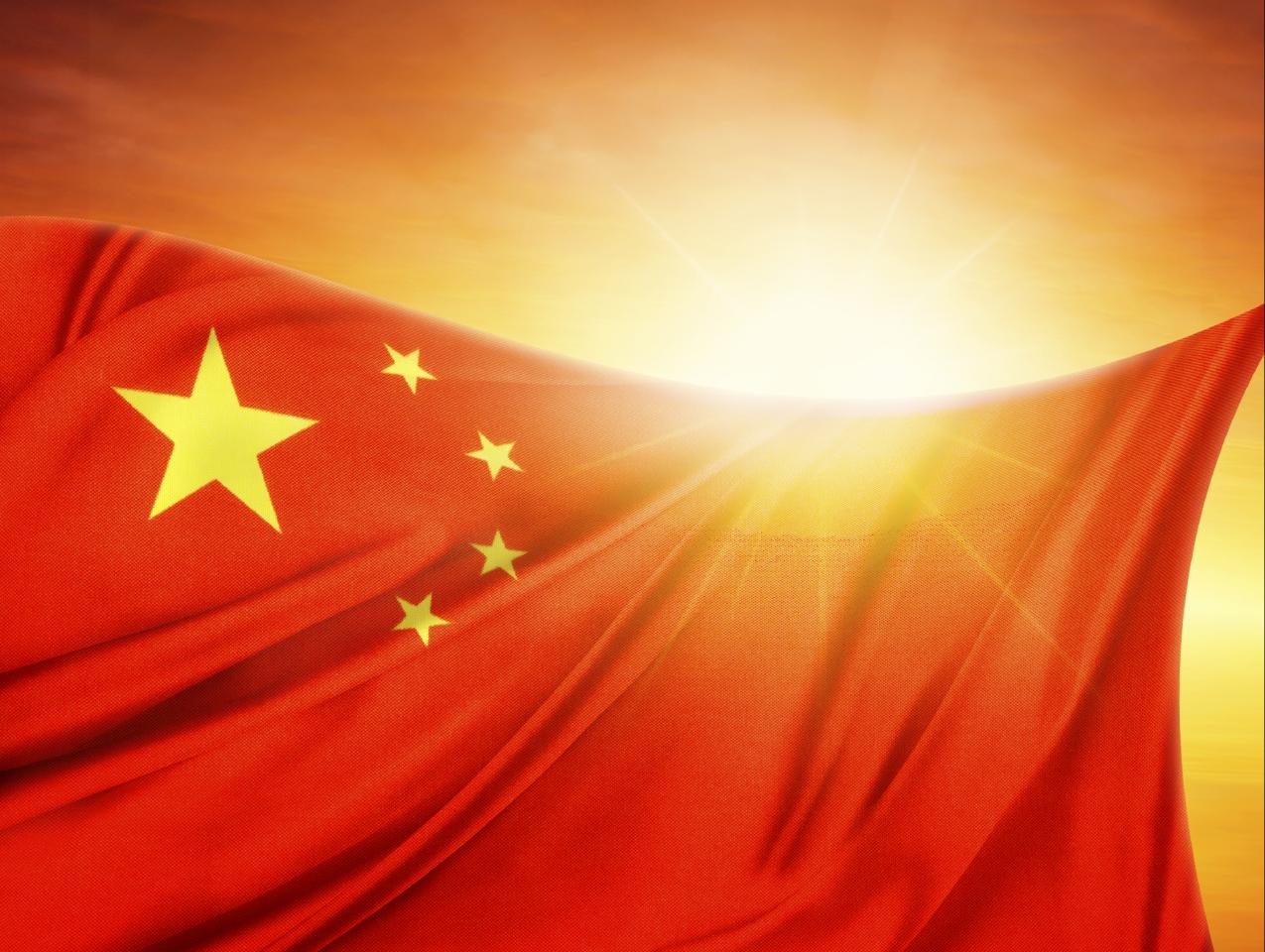 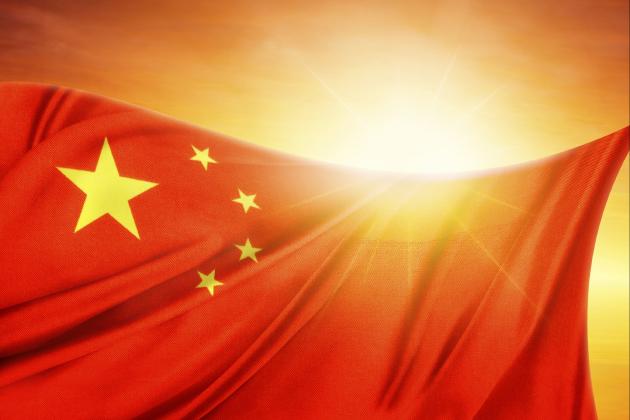 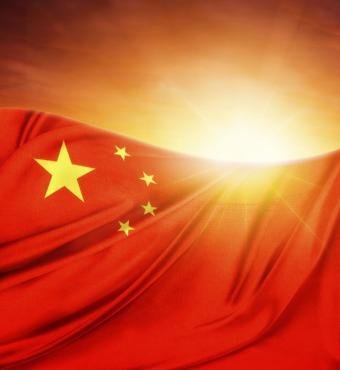 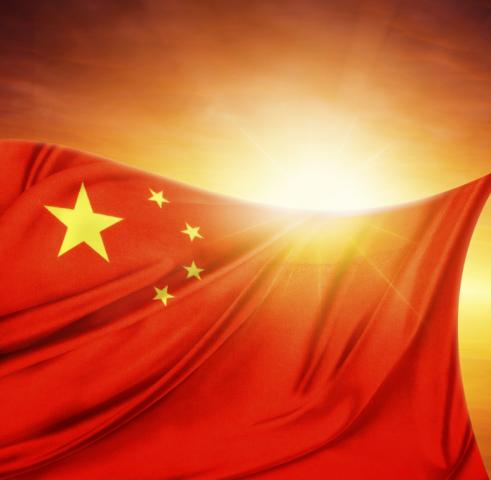 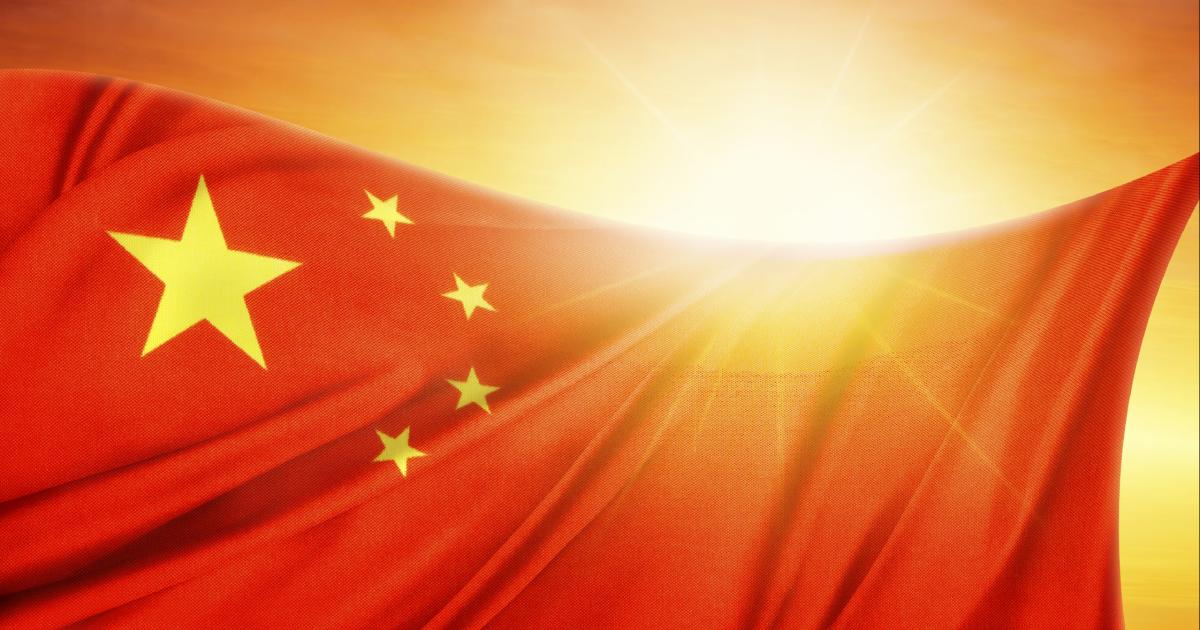 “China is a big country and other countries are small countries, and that’s just a fact,” said Yang Jiechi in July 2010. At a regional security meeting in Hanoi, Yang, then China’s foreign minister, shocked the audience as he looked at his counterpart from Singapore when uttering those contemptuous words.

If there is one sentence that sums up how Beijing in fact views the world, Yang’s arrogant assertion, part of an extraordinary half-hour rant, is it. Chinese leaders may these days talk of “a community of common destiny,” but they are merely telling us what they know we want to hear.

Beijing, unfortunately, does not view the world as a community where destiny is common. It is, as Chinese leaders see it, brutish, Hobbesian even. As a result, they believe the planet should be run, as Mr. Yang implies, from the top, where the strong do what they will, not bound by treaties, norms, and conventions. The Chinese dress their vision in the cloth of “harmony” to make it acceptable to others.

There are, however, reasons to believe these Chinese views will, over time, moderate. In short, for reasons of necessity, Beijing’s model of global governance will become much more like America’s.

So what is China’s preferred international system? If the Communist Party of China were true to professed Marxist ideology—as it increasingly says it is—its model of global governance would have to be no governance at all. Marx predicted the state would eventually “wither away,” and once communism prevails everywhere the concept of foreign relations must necessarily disappear. If Marx is eventually proven correct, proletarians around the world will have no need for diplomats, generals, or U.N. secretaries-general.

In the meantime, many China watchers continue to say Beijing will accept the world as it is. They jump from the observation that no country in recent decades has benefitted more from the U.S.-led international system than China—a correct assessment—to the conclusion, undoubtedly overly optimistic, that Beijing will therefore continue to support that system.

This argument, for one thing, ignores the learning about the general assertiveness of rising powers, in other words, the change of perceptions when nations go from poor and weak to what the Chinese in the era of Deng Xiaoping called “rich and strong.”

Already, there is evidence suggesting that as the Chinese are growing richer and stronger, they are also becoming less and less inclined to accept a system built by others. Beijing these days is, among other things, closing off peripheral waters and thereby infringing on the global commons, redrawing China’s borders by force, and proliferating components for nuclear weapons and ballistic missiles.

And China’s leader, President Xi Jinping, has announced his “Chinese dream.” This signature concept, sometimes expressed in the longer form “great rejuvenation of the Chinese nation,” contemplates a strong and dominant state.

The notion of a strong and dominant state does not fit easily with a China remaining in the West’s post-war, rules-based system. Chinese leaders, Charles Burton of Brock University notes, have “no sympathy for the norms of liberal internationalism in global affairs.” They especially do not wish to endorse anything conceived and built by a nation that they have identified as China’s primary strategic adversary. The Chinese, therefore, are bound to try to change that U.S.-created architecture so that it is becomes more to their liking.

Chinese leaders have no problem articulating what they like, and two of their goals are especially noteworthy. First, they say they want a “harmonious” world, as erstwhile President Hu Jintao did in his 2005 U.N. General Assembly speech titled “Build Towards a Harmonious World of Lasting Peace and Common Prosperity.”

As Henry Kissinger wrote in On China, Beijing’s “harmonious world” theory “evoked the principles of the classical era that had secured China’s greatness: gradualist; harmonizing with trends and eschewing open conflict; organized as much around moral claims to a harmonious world order as actual physical or territorial domination.”

Not everyone, however, sees the Chinese throughout their long history as so benign, and so the concept of harmonious rule has a critical failing. As Arthur Waldron of the University of Pennsylvania noted in comments to me, “great harmony” is “the product of universal virtue, not at all of rules.” The Chinese notion of a global order is, therefore, lawless.

Beijing is already lawless. Its unjustifiable refusal to accept the July 2016 arbitral award in the South China Sea case, Philippines vs. China, is an indication the Chinese will not even accept agreements they have signed. No wonder Beijing, which believes others should always defer, talks about harmony as its preferred form of international order.

Second, Beijing from Maoist times has maintained that all countries should be considered equal. Today, that theme is now expressed in the Western vocabulary of democratization, and it permeates Beijing’s pronouncements on the subject. “The overall trend of world multi-polarization, economic globalization, and democratization of international relations remains unchanged,” stated the official Xinhua News Agency, paraphrasing President Xi this February.

“Guiding” sounds uncharacteristically modest for Xi, who has exhibited outsized ambitions, both for himself and for his country. The less-polite “dominating” is more his style, so that term must be closer to what he intends.

China, at least in its own estimation, is entitled to dominate others, especially peoples on its periphery. “To the extent that Westerners know anything at all about traditional Chinese ‘world order theory,’ it is the phrase ‘tributary system,’” Charles Horner of the Hudson Institute told me recently in an e-mail. “That phrase usually describes an arrangement for the lesser states of East Asia, both practically and ritualistically, to acknowledge China’s overwhelmingly dominant position in the region.” As Horner points out, under the system, “lesser states are supposed to be perpetually deferential.”

Although most would agree there is no “cultural DNA” that forces today’s Chinese to view the world as emperors did long ago, the tributary system nonetheless presents, as Stephen Platt of the University of Massachusetts writes, “a tempting model for the country’s current leaders—a nostalgic ‘half-idealized, half-mythologized past.’ ”

And today, China’s leaders are indeed tempted. Although none of them will publicly say yesterday’s tributary system is today’s “natural order,” they seem to believe and speak as if it is.

After all, the arrogant words of Yang Jiechi, now promoted to state councilor, are echoed by Chinese officials today. For example, one reason Beijing has been incensed by Seoul hosting the American-built Terminal High Altitude Area Defense missile system is that, as one mid-level Chinese foreign ministry official said at the end of last year to a group of South Koreans, “a small country was refusing to listen to a big country.”

Big China believes that under heaven—tian xia—it is entitled to the respect, good will, and deference of others. “China’s leaders expect China’s neighbors to act in ways which serve China’s interests,” Edward Friedman of the University of Wisconsin notes. “They do not believe China’s neighbors have a right to decide how best to defend themselves. They believe that the neighbors should trust China to lead and to do the right thing.” Chinese diplomats, apparently now tone-deaf, are these days telling their opposite numbers in Seoul that they should remember the times when Korea acknowledged

China even wants the obedience of big, faraway countries. Consequently, Beijing is promoting its “new model of great power relations,” which it introduced in 2010. Yang Jiechi, in advance of the April meeting of Xi and President Donald Trump in Mar-a-Lago, even tried to get the new administration to adopt the Chinese formulation, whose “core concepts” are “non-conflict, non-confrontation, mutual respect, and win-win cooperation.”

Those concepts sound fine as a general matter—who wants conflict or confrontation? But Beijing’s interpretation of this notion is indeed dark. After all, those who seek to change established orders, especially when doing so by questionable or aggressive tactics, never want to be confronted, opposed, or stopped.

China’s “new model,” therefore, is intended to prevent the U.S. from confronting, opposing, and stopping China. As Scott Harold of RAND writes, the model is intended “to split the U.S. alliance system in the Asia-Pacific, put China on a par with America as the only other superpower, and promote Xi Jinping, with whom the phrase is most closely associated.” The phrase is even seen as an attempt to establish a Chinese sphere of influence in East Asia.

Neighbors and others are wary about what the Chinese intend to do inside their sphere if they get it. As Hudson’s Horner tells me, “The Communist Party of China remains committed to ordering the People’s Republic of China as a one-party dictatorship, and that is perforce its starting point for thinking about ordering the world.” In short, a dictatorial state naturally thinks about the world in dictatorial terms.

At one time, especially during the era of Jiang Zemin, Beijing thought about how China could prosper inside the international system because it had no means to change it. Now, as it sees itself able to accomplish its objectives, the Chinese are thinking of changing the world in ways that trouble others.

China’s assertiveness, however, can last only as long as it believes itself strong. Some, like the Financial Times’s Gideon Rachman with his catchy “Easternization” theory, see a Chinese state long able to maintain its power and position.

Chinese policymakers, however, may not buy into that notion. On the contrary, they look like they are starting to think about their country’s next inflection point, where China’s challenges—economic, environmental, and demographic, among others—prevent it from reordering the international system. When those factors overwhelm the leadership in Beijing, as they soon must, China’s goals should again become modest, perhaps as benign as they were in the Jiang era.

“In all of China’s extravagant history, there was no precedent for how to participate in a global order, whether in concert with—or opposition to—another superpower,” Kissinger perceptively wrote in On China. For a few decades, that country in fact quickly learned how to do so, accommodating both the Soviet Union and the U.S. Now, unfortunately, the Chinese think they can change the order they once had to accept.

Yet soon, whether they like it or not, they almost surely will again have to learn how to live within the rules—Western rules—of others.

Gordon G. Chang is the author of The Coming Collapse of China. This is the text of a paper delivered at the Hoover Institution on May 8, 2017, at a workshop on the Future of Western Civilization. Follow him on Twitter at @GordonGChang.