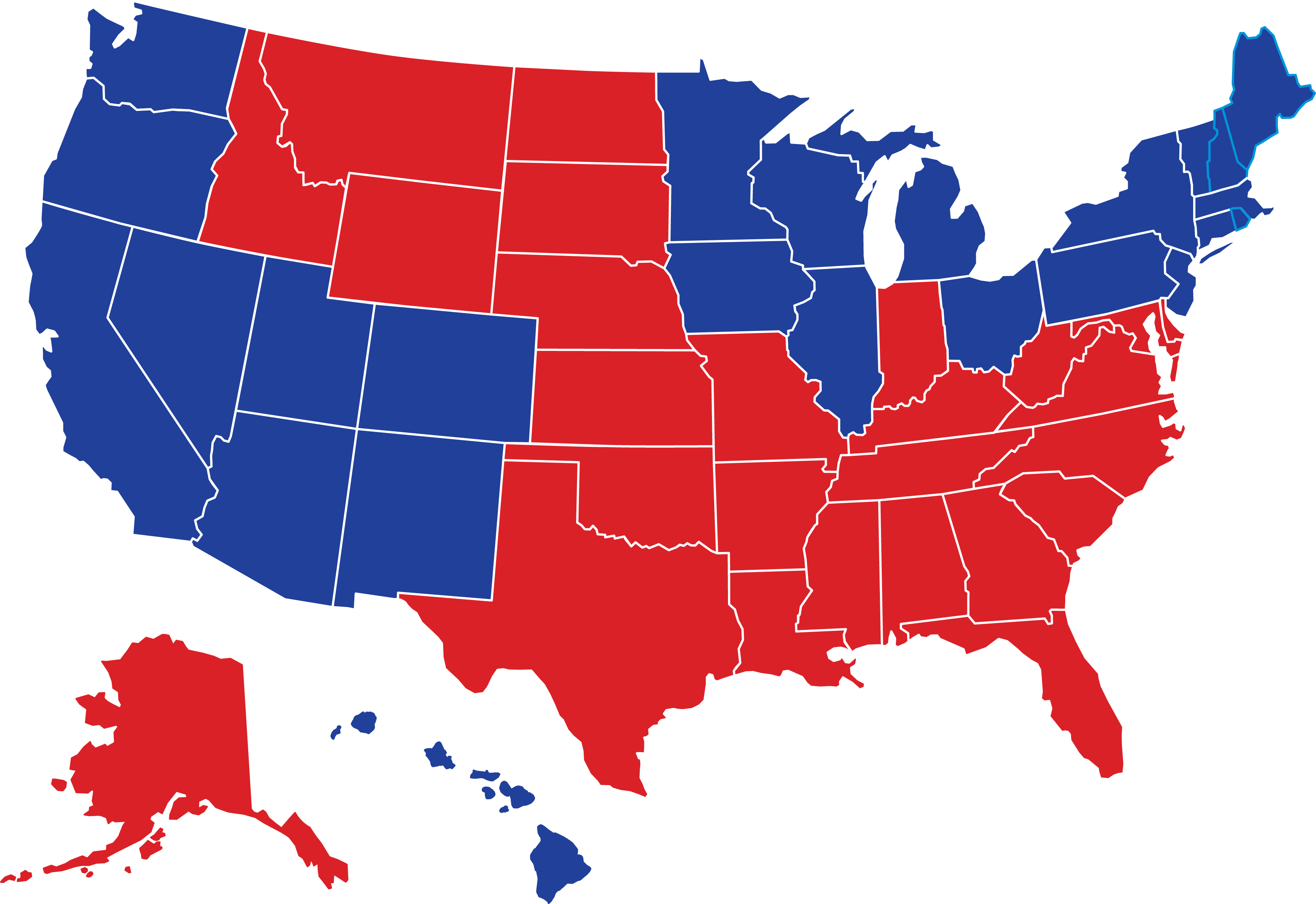 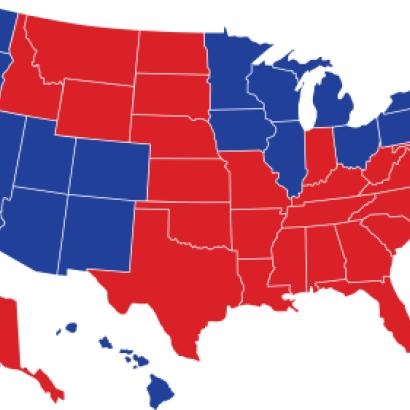 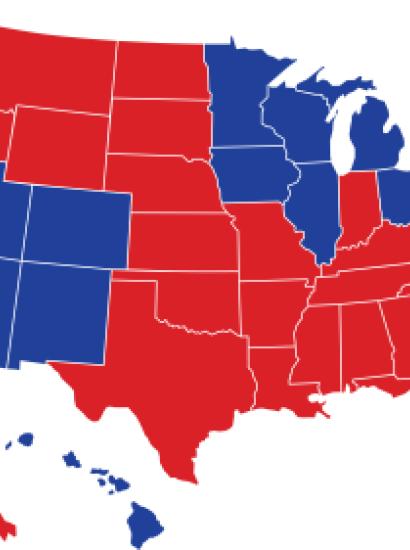 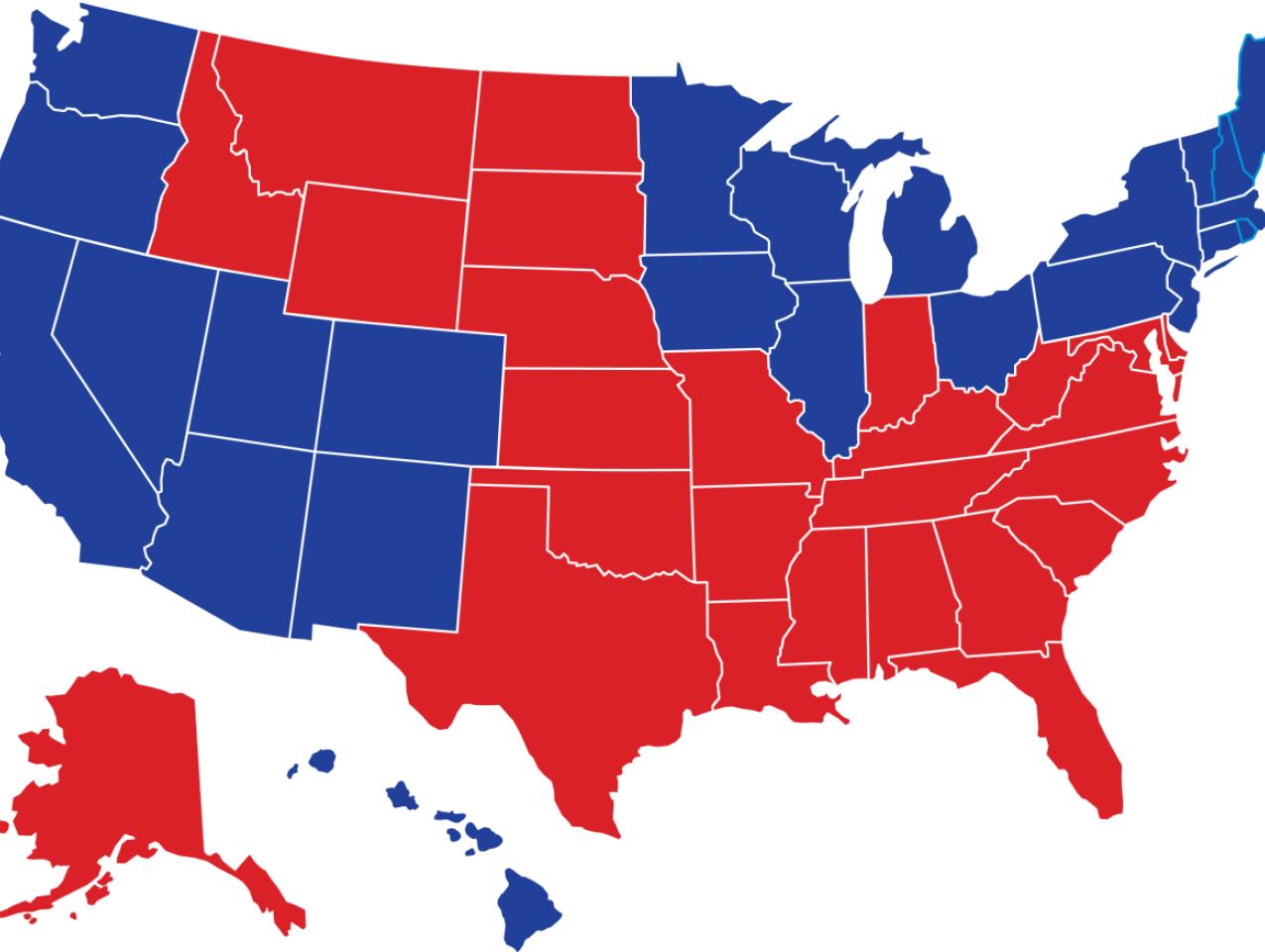 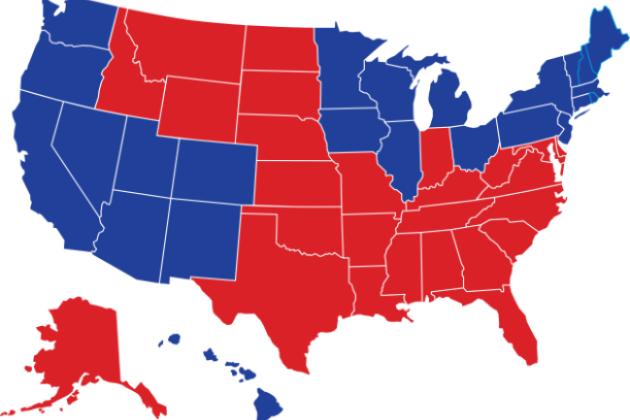 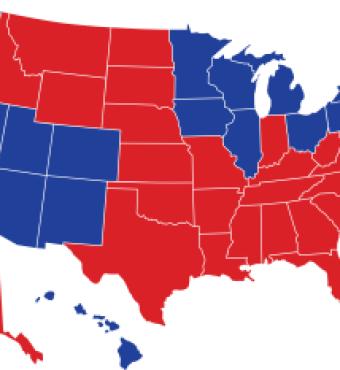 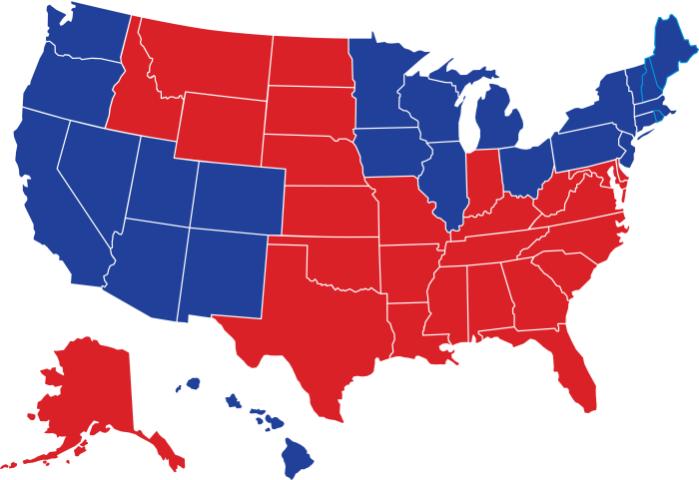 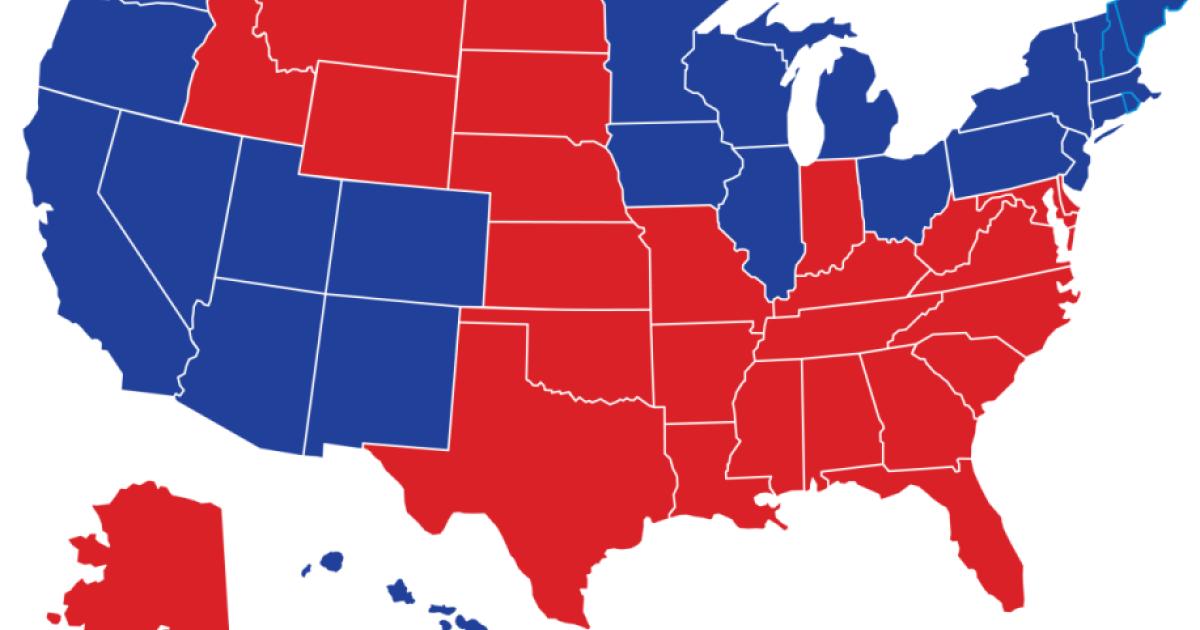 As part of their populist platforms, Elizabeth Warren and Bernie Sanders have vowed to get rid of the Electoral College, so that the U.S. President is chosen by a direct popular vote. Likewise, Pete Buttigieg has also pledged support for the initiative, with Amy Klobuchar indicating her openness to the proposal. That structural change, if made, would profoundly impact all future political campaigns, as candidates would ignore former swing states in order to run up tallies in populous places like California, Florida, New York, and Texas. The consequences that would follow from such a dramatic realignment of voting power would greatly increase the risk of election fraud, such that the ensuing nationwide recounts would make Bush v. Gore look like a modest political skirmish.

Progressives are highly unlikely to gain sufficient support to implement this major reform through constitutional amendment. But right now, two major Supreme Court cases—Colorado Department of State v. Baca and Chiafalo v. Washington—pose the serious risk of undermining the integrity of the Electoral College by changing the long-established practice that all electors must vote as a bloc to support the presidential nominee of their party. In 48 states, the entire state follows that winner-take-all mandate. In Maine and Nebraska, the winner-take-all system is done by congressional district.

But in the aftermath of the November 2016 election, which Trump won by 306 to 232 electoral votes, both of the named electors in each aforementioned case were committed to Democratic candidate Hillary Clinton but did not vote for her. In Colorado, Michael Baca, a Clinton elector, cast his ballot for then Ohio governor John Kasich; in Washington, Peter Bret Chiafalo voted for Republican Colin Powell. These two votes were not isolated events, as ten electors followed the same path in an attempt to block Donald Trump from becoming president by persuading enough Republican electors to defect so that Trump’s total would fall below 270 votes. Their acts of defiant independence brought forth prompt responses. Colorado replaced Baca with a new elector who voted for Clinton; Washington fined Chiafalo $1,000 for his action.

The intellectual leader of this movement to undo the Electoral College is Harvard Law School Professor Lawrence Lessig, whose Equal Citizen’s initiative has spurred the campaign to transform the American electoral system. Taking a page from Lessig Equal Citizen’s playbook, Baca and Chiafalo describe themselves as Hamilton Electors, because they insist that their actions are meant to return the Electoral College to the initial prominence ascribed to it by Alexander Hamilton in Federalist No. 68. Hamilton regarded popular democracy as a debased form of government, in contrast to the elitist republican form of government. The former relied heavily on direct elections; the latter used more complex indirect elections. He wrote: “And as the electors, chosen in each State, are to assemble and vote in the State in which they are chosen, this detached and divided situation will expose them much less to heats and ferments, which might be communicated from them to the people, than if they were all to be convened at one time, in one place. . . . Nothing was more to be desired than that every practicable obstacle should be opposed to cabal, intrigue, and corruption.”

In essence, the original Electoral College required that each state would have its own mini-deliberative sessions until the electors made up their mind. This setup  is patterned on the Catholic College of Cardinals, which uses a similar voting method to pick the next pope. But there is a vast difference between the two devices. The Cardinals who vote are not the agents of anyone, so it is proper for them to be able to vote their own consciences. But the electors in a presidential election are the agents of the voters who selected them. Faithless electors could therefore betray the wish of the voters who selected them.

Hence the practice quickly arose for electors to “pledge” themselves to the candidate whose slate of electors they joined. As noted in McPherson v. Blacker (1892), “experience soon demonstrated” that these electors “were so chosen simply to register the will of the appointing power in respect of a particular candidate.” Sixty years later, Ray v Blair (1952) held that the Executive Committee of Alabama was within its rights when it refused to certify Blair as a primary elector because he refused to “pledge to aid and support ‘the nominees of the National Convention of the Democratic Party for President and Vice-President of the United States.’” In so doing, the Court rejected the view that the complex Twelfth Amendment, passed in 1804 and which called for electors to “meet in their respective states and vote by ballot for President and Vice-President,” necessarily gave them the same discretion that Hamilton had contemplated in Federalist 68.

Ray might be distinguished from Baca and Chiafalo for two reasons: first, Ray involved a primary election contest, and second, it did not specify any sanctions that could be lodged against a certified elector who voted his own conscience. But neither of these points should make the slightest difference. The principles of electoral integrity that apply to primaries carry over to general elections, where the stakes are even higher.

Nonetheless, this Clause is given just that truncated meaning by Equal Citizens, which writes: “of ‘electors’—that is, choosers—to make their own free choice, as politicians of both parties have recognized.”

That argument should be emphatically rejected. It should never be the case that the potential elector who makes known his independence before selection can be rightly denied his place, but the savvy elector who conceals his intention before being chosen is entitled thereafter to vote his conscience and disregard his oath.

In this connection, Colorado therefore was fully within its rights to pull the errant Baca from his place and appoint a substitute. Full relief against this constitutional abuse cannot be obtained by any lesser means, so that removal and replacement is needed to stop the ex post defection. Washington state, in contrast, did not exercise its full constitutional power when it imposed a small fine to achieve that same end. But that small fine is little deterrent to future defections, so Washington should adopt the Colorado solution. Otherwise, the risk that mass defections could turn any election into a free-for-all becomes too great.

Ironically, these faithless electors purport to return to some originalist conception of the Constitution. But their unilateral actions do not get us to that place, given that they reserve the right to defect without participating in any collective deliberation, past or future. Moreover, if that constitutional transformation were accepted, then the entire system of selecting electors would become hopelessly politicized, with little chance that Hamilton’s elites would control.

Right now, the selection of electors is no big deal. But if their individual views were to count, then voters would want to know their electors’ (nonbinding) intentions to determine whether they would defect from the party’s nominee once chosen. At this point, the entire selection process would become far more complex and indeterminate. Just who would choose them? And once chosen, could these electors resist powerful interest group pressures to change their views? A new round of campaigns would begin before the vote took place, and continue nonstop in close elections until the votes were cast in December.

People might even insist that their electors actually deliberate, instead of just mouth-off, which could further postpone the final tally until those sessions were concluded. That delay could in turn postpone the transition between presidents, inviting yet further discord. Increased popular disaffection would undermine presidential legitimacy. And for what?

To be sure, today’s practices unmistakably deviate from the design of the Founders. But such transformations are common to our constitutional history. Judicial review, which gives the Supreme Court final say over the validity of all federal and state laws, forms no part of the original constitutional plan, but was instituted by judicial decision from an early date—most notably in Marbury v. Madison (1803), and Martin v. Hunter’s Lessee (1816). As I argued in The Classical Liberal Constitution, these decisions have become embedded in our prescriptive constitution through long-use. That deliberative process protects the nation from imprudent convulsions, which would follow if Hamilton’s misguided elitism somehow became law.

The Supreme Court should reject emphatically this unwise invitation to rewrite our nation’s history. And when it does, calmer heads in the political arena will reconfirm the wisdom of its ways.