In Alice Corporation, the Supreme Court should protect software and business method innovations. 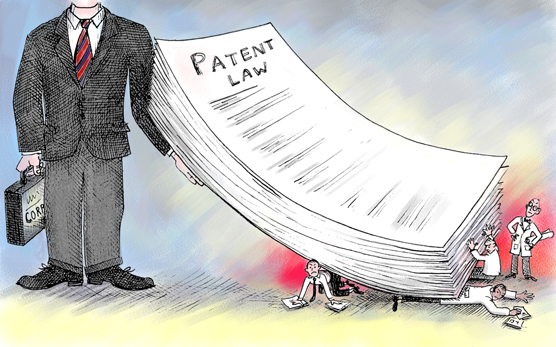 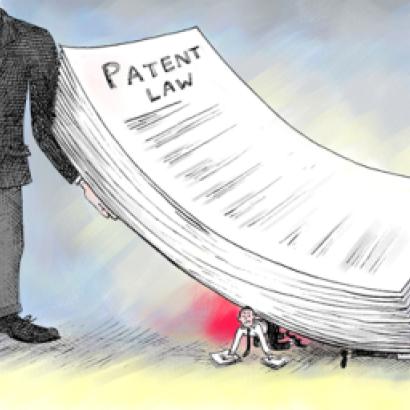 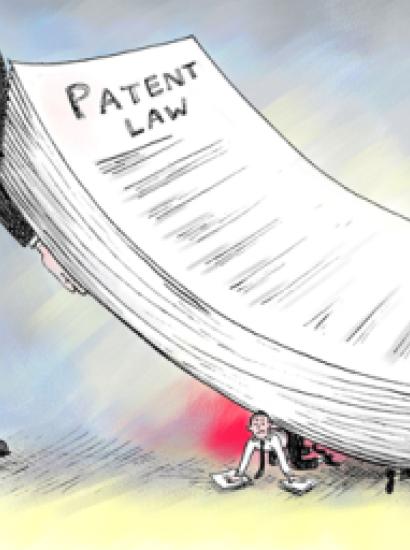 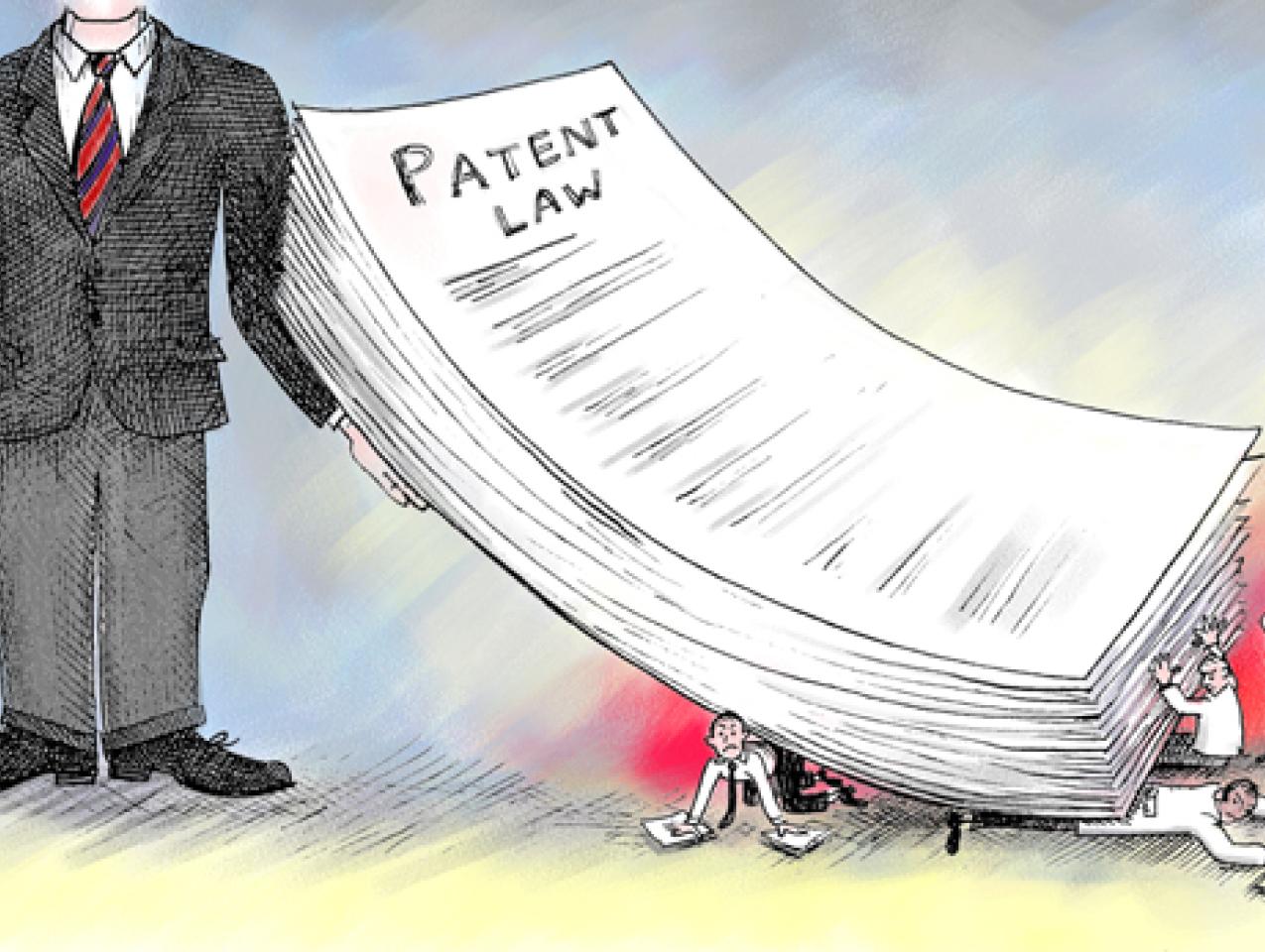 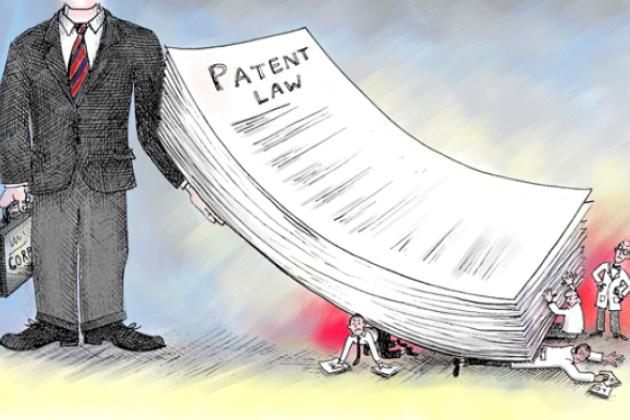 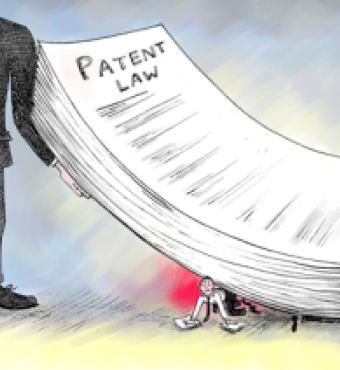 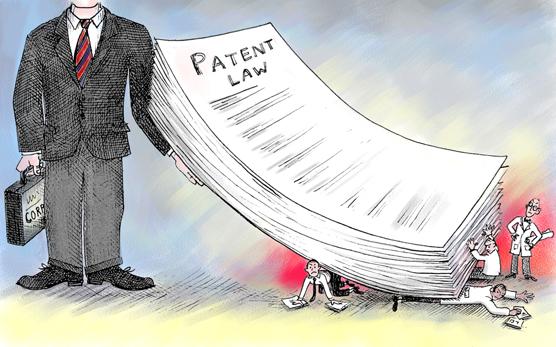 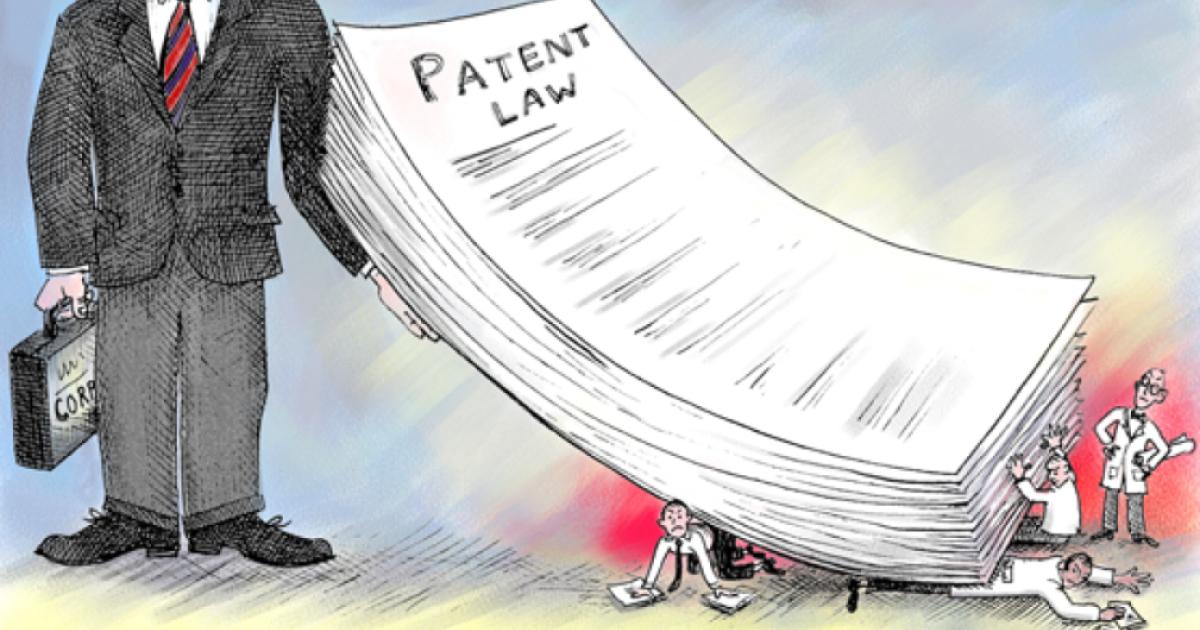 On Monday, March 31, 2014, the Supreme Court heard oral arguments in Alice Corporation v. CLS Bank International, in which I have signed on to a Friend of the Court Brief prepared by Charles Cooper. The case itself concerns the elaborate system for eliminating the so-called “settlement risk” that arises whenever two parties engage in electronic funds transfers in rapid succession. These transactions are not simultaneous, so banks need a way to determine, when they make an advance at 9:00 AM, that the funds needed to repay that loan will be available later in the day.

The elaborate system-designs and programs put together by the Alice Corporation have allowed for accurate tracking of the “shadow risk,” so that a party can know in advance of transaction failure that it has entered into a deal with a creditworthy partner who can make payment when payment is due. Being able to make these calculations is of vast importance to the entire financial industry. The concrete question in Alice is whether the proposed invention should be protected under the current law. The more general legal question is, “whether claims to computer-implemented inventions—including claims to systems and machines, processes, and items of manufacture are directed to patent-eligible subject matter within the meaning of 35 U.S.C. § 101 as interpreted by this Court.” 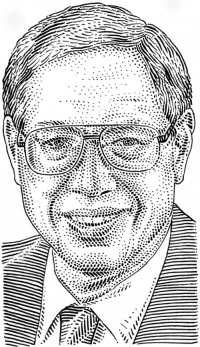 This question is a mouthful, and it comes before the Supreme Court because of the total disarray on the question in the Federal Circuit: an en banc proceeding with ten judges produced seven separate opinions that did not reach first principles. Unfortunately, one constant theme in these opinions, ably criticized by Ronald Mann, is to strip away the physical elements in a particular patent in order to reach its abstract essence, which will almost always be found not to deserve patent protection. The Supreme Court has to tidy up this mess. Here is a road map on how that might be done.

The Three Steps to Patent Protection

It is commonly agreed that sound protection of intellectual property is more difficult to achieve than the protection of physical property. Unlike land, patents cannot be marked off by metes and bounds. Unlike animals and movable things, ownership cannot be acquired by taking them into possession. But at the same time, it takes extensive labor and imagination to invent most useful devices. A legal regime that allows individuals to build and to sell the inventions of others without obtaining a license would be a world barren of inventors, because imitators would always be able to sell the device more cheaply than the original inventor.

The question, then, is how to identify the class of inventions and discoveries that should be entitled to patent protection, which entitles the patentee to an exclusive period of twenty years from filing to make or sell the invention. The patent-eligible inventions referred to in the Court’s question is not some gratuitous obscurantism, but an inescapable part of patent law. Patents cover inventions, which must in turn be distinguished from abstract ideas. Yet by the same token all inventions need not be covered. Some could be regarded as so trivial as to not warrant 20 years of exclusive ownership, where they could gum up innovation for everyone else.

None of this is old news. The modern patenting scheme dates back to the 1952 Patent Act, which was, amazingly enough, the work of two-extraordinarily gifted men, Pasquale Joseph Federico, then head of the Patent and Trade Office, and Giles Rich, the leading patent attorney of the day, and later a federal judge on the patent court. That act was passed in response to the widespread view that the Supreme Court’s decisions of the 1940s set too high a threshold on patentability. The response of Federico and Giles was to give the field of patents its first coherent statutory revision since 1836.

Three issues are key: patent eligibility, novelty, and non-obviousness. The first asks whether the proposed claim is of the type that in principle warrants protection. The exact statutory language requires that the original invention, or some improvement thereon, represents some “process, manufacture, machine or composition of matter”, which is widely understood to exclude, at least as a first approximation, abstract ideas, laws of nature and natural substances. Without that exclusion from coverage, each instantiation of any of these three categories would amount to a protected invention that all parties would need to license in order to use. That will not work with, for instance, the Pythagorean theorem, or E = mc2, or the use of plutonium. In these three situations we can make near categorical judgments that the blocking power of a patent will do more harm to innovation than benefit. Innovation in these areas is better supported, for example, by prizes to incentivize innovation—for example, the numerous prizes offered to anyone who proved Fermat’s famous last theorem (no integer greater than 2 can solve the equation an + bn = cn) which, once proved, stays proved.

Nonetheless, it seems clear that this definition was intended to reverse such decisions as the 1948 decision in Funk Brothers Seed Co. v. Kalo Inoculant, in which Kalo had found ways to include in a single preparation of different species of “root-nodule bacteria which do not exert a mutually inhibitive effect on each other.” Its preparation made it unnecessary to sell each inoculant separately. Justice William O. Douglas treated this highly specific bit of intelligence as “no more than the discovery of some of the handiwork of nature,” for which patent protection was denied.

The intention of the 1952 Patent Act was to make sure that efforts to narrow the scope of the patent system like Funk Brothers were no longer the law, which led Federico to say that patent protection “may include anything under the sun that is made by man," a phrase that was used with telling effect by the Supreme Court in the 1980 case of Diamond v. Chakrabarty, when it upheld a patent for a genetically engineered bacterium that could break down crude oil.

It is critical in this case to note that any categorical exclusion at stage one has far more dramatic consequences than a rejection of a particular patent on grounds that it lacks novelty or is obvious, especially in light of the enormous breadth of the Supreme Court’s question. In the former case, no reformulation of the basic patent ideal can cure the initial mistake. In the latter, the next application may succeed even though the prior one has failed.

Alice is a showdown case because it reveals the deep fissures inside the profession over the proper classification of two categories of inventions—software patents and business method patents. On these questions, I think that the correct approach emphatically rejects any categorical exclusion of these two types of inventions from patent protection.

Much professional opinion goes the other way. Thus, in her attack on such expanded protection, Professor Robin Feldman asks why, if the Pythagorean theorem and E = mc2 “are unpatentable, how can a computer program ever be patentable?” The New York Times editorial follows on with a similar complaint that “The Supreme Court should make clear that nobody should be allowed to claim a monopoly over an abstract idea simply by tying it to a computer,” without ever directly answering in the negative the question posed to the Supreme Court by denying that these computer-implemented inventions are ever patentable.

That computer-implemented inventions should in principle be eligible for patent protection comes clear from a side-by-side comparison of the highly specific programs and devices at issue in Alice with the general building blocks of mathematics and the basic sciences. The preclusion effect brought about by this invention, if it meets the tests of novelty and non-obviousness, is small relative to the advances that it makes in a particular area of business risk. Such would clearly not be the case with, for example, Newton’s three laws of motion. And remember the monopoly profits that patents generate, at least in the short-run, may block some sensible uses of the patented technology. But the alternative of delayed innovation generates zero gains for inventors and users alike—a far worse alternative. It is simply another version of Harold Demsetz’s Nirvana fallacy to assume that we can wish major inventions into being in some ideal world, without providing a financial spur.

To rule these devices out of bounds will not only impact the particular device and method in Alice but also upset a full range of current software and business method patents that are in widespread use today. Medical instrumentation will also be at risk given that much of it involves using biological measurements for the basis of devices that provide needed diagnosis and treatment. No matter what one thinks of this particular patent, a single swallow does not make a summer, and the broader step to deny protection should be taken only if there are powerful reasons to believe that even the best method and software patents are on balance a net disadvantage to social progress.

That is necessarily a global judgment that will depend largely on broad range considerations. But whatever one may think of the evocatively named “patent trolls,” the case for this dramatic contraction of the patent system is far from being made. It is of course the case that many companies create patents which they do not use, but only license. But this sensible division of labor means that a firm can enter the overall market for new ideas without committing itself to their manufacture. No one has ever been able to develop a reliable test to distinguish the so-called patent troll from the legitimate inventor, because both have to sue in cases of infringement. Indeed, in Alice the “troll” label cannot apply to Alice Corporation, which has actively used its own technologies.

In principle, it is not possible to come up with a magic bullet that describes patentable devices. But by the same token it is not possible to make a sensible simplification of the patent system by excluding the types of inventions that it has covered since at least the 1980 Chakrabarty decision. The high rate of technological and medical innovation has led to high levels of patenting which the Times, for example, believes will strangle the system. Not so. The high level of patent applications today is not a sign that the system is closing down, but rather that it is working. New patents need not create a “patent thicket.” They could easily provide new pathways that avoid the thickets of old. The old maxim still applies; “If it is not broken, don’t fix it.” Alice should not be the occasion for a major reconfiguration of the patent system, which in all likelihood would do more harm than good.