Reputational and regulatory sanctions are both cheaper and more effective. 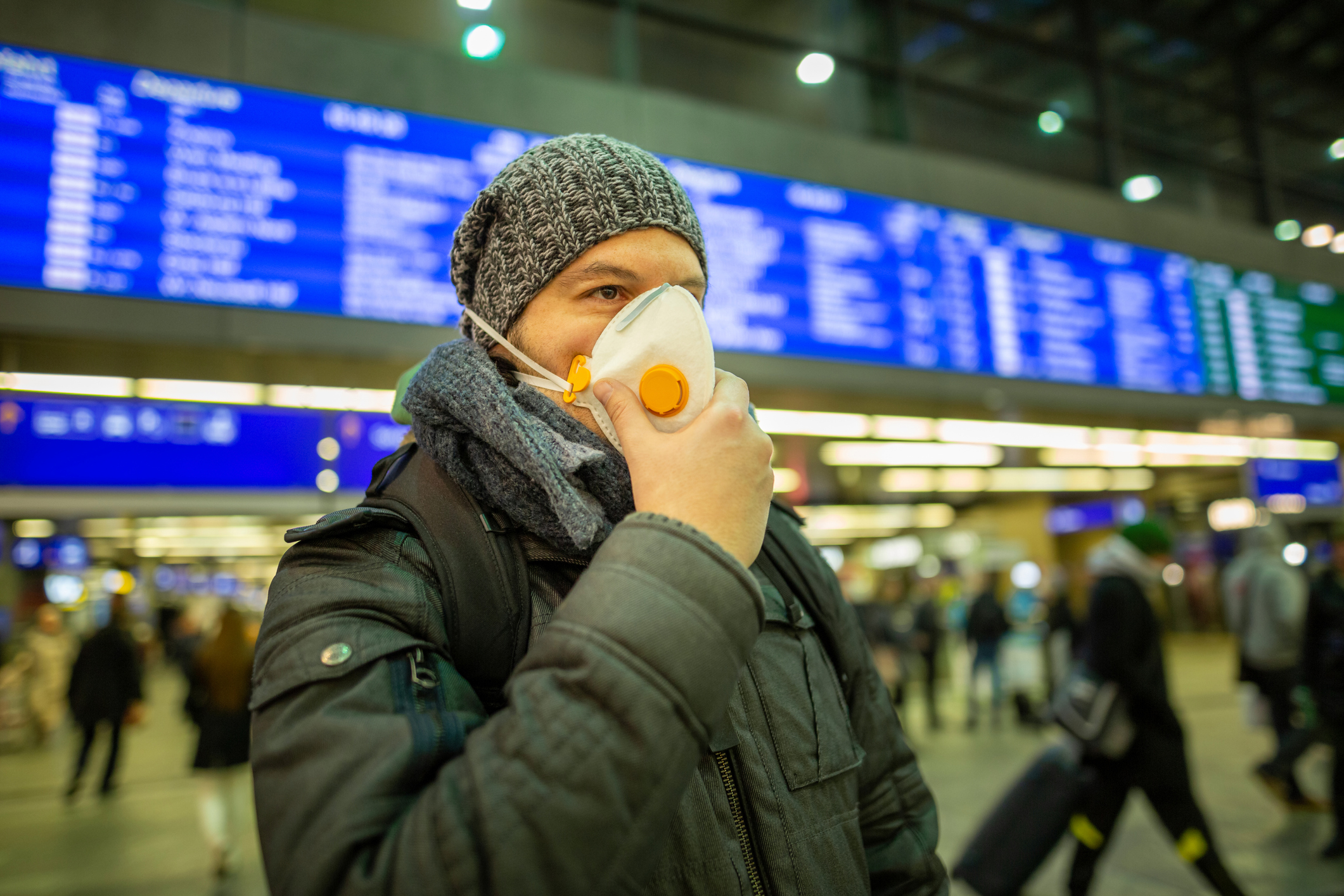 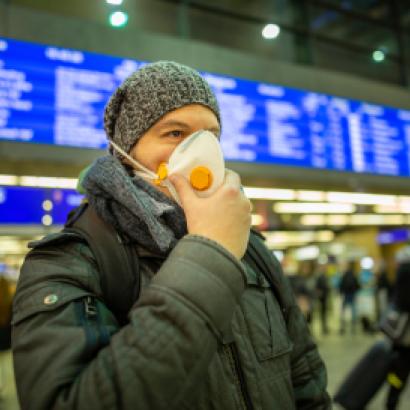 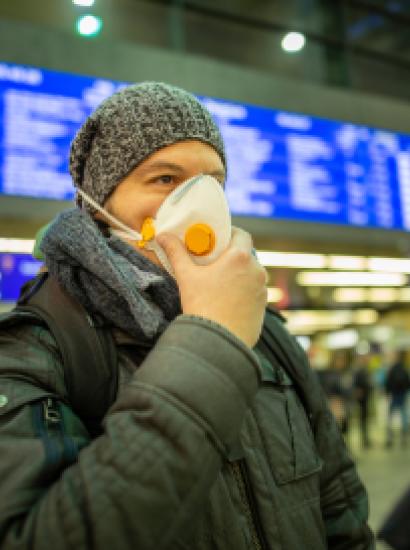 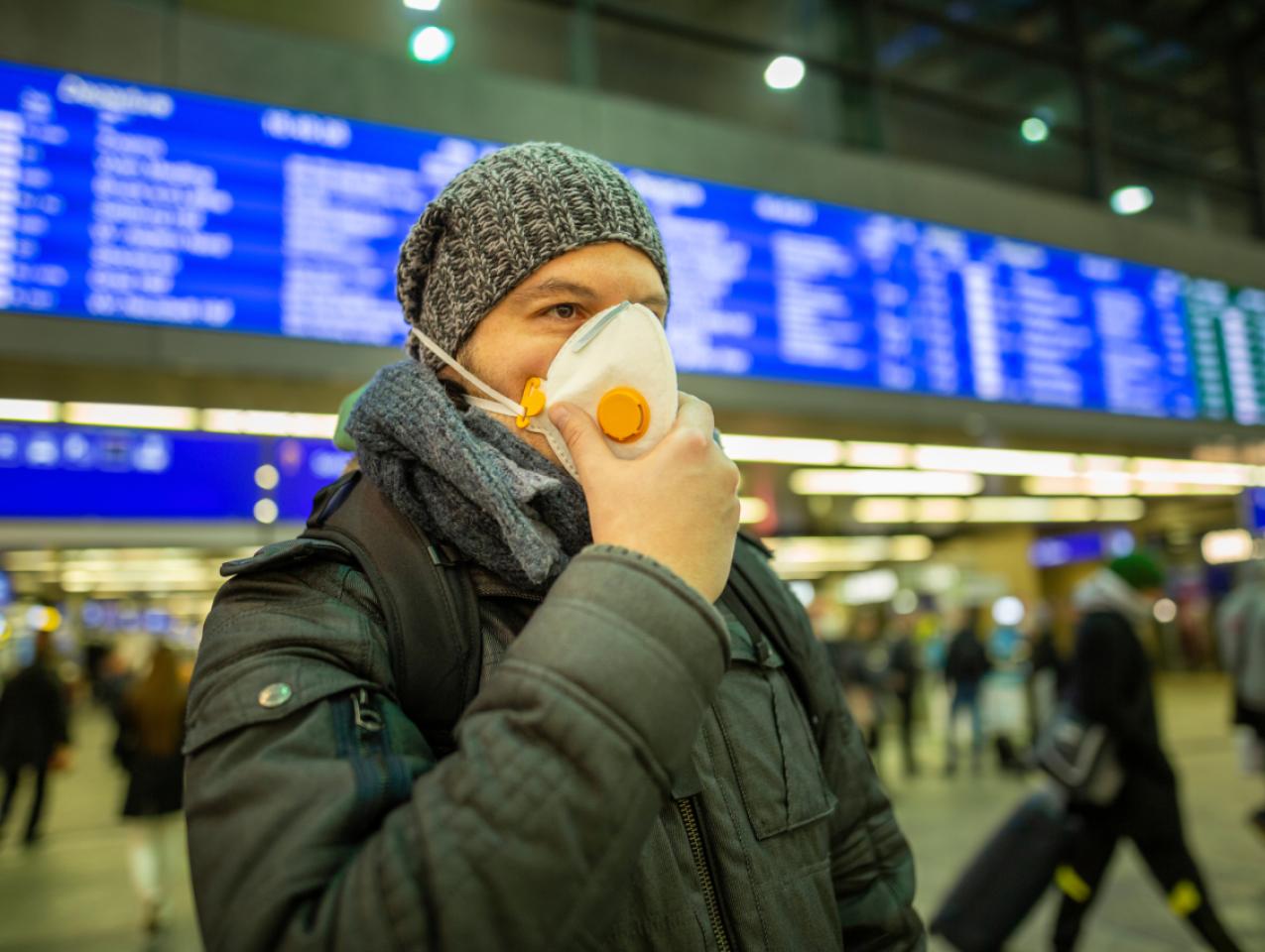 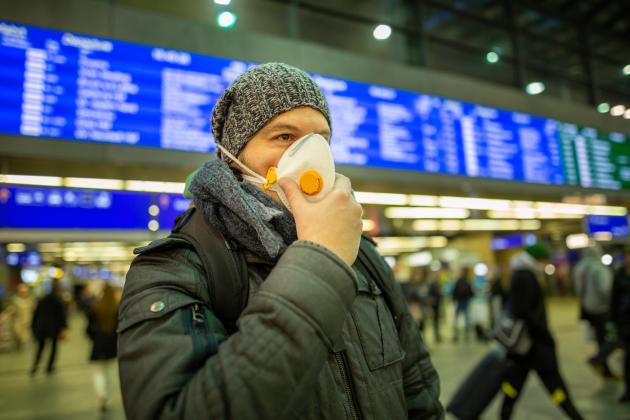 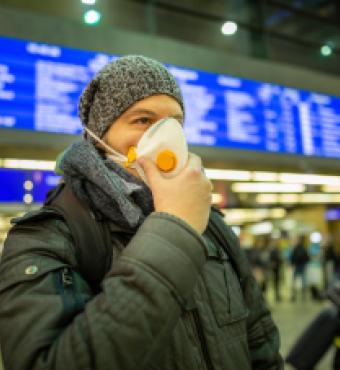 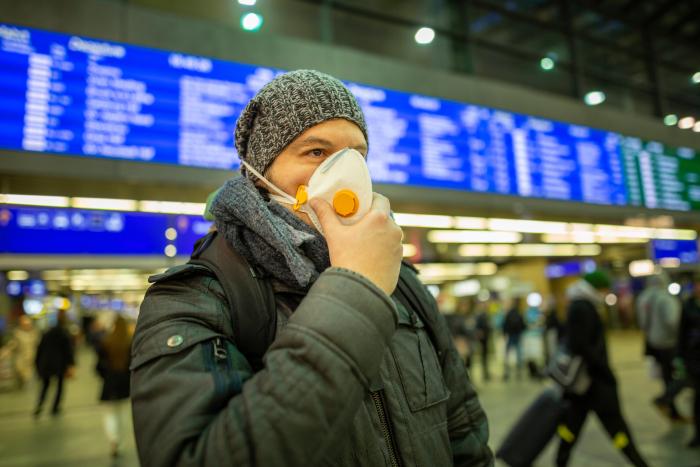 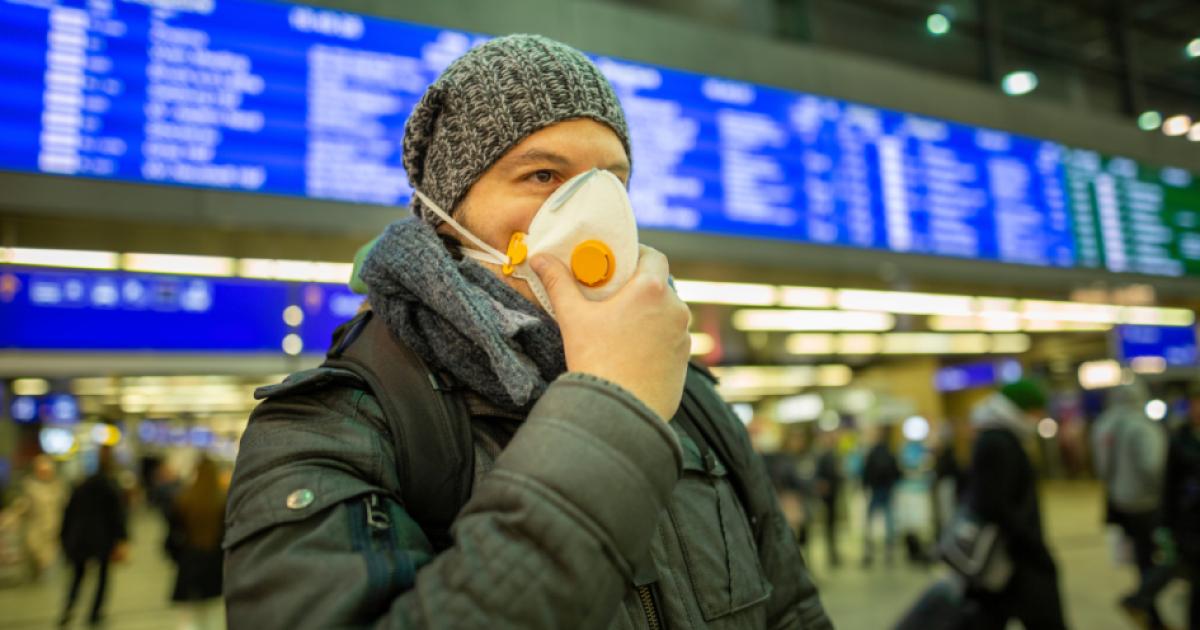 Now that American businesses are beginning to reopen, Congress must decide whether these firms should receive protections against suits for liability brought by their customers and employees who claim that they have contracted COVID-19 at those business establishments. The question has given rise to deep partisan divisions. Republicans, led by Senator Mitch McConnell, are adamant that any reform legislation adopted by Congress should include explicit protections from all tort liability. Democrats, along with their union and trial lawyer backers, oppose any and all protections, insisting that the usual standards of “reasonable care” afford these firms the only legal protection they need.

American Association for Justice CEO Linda Lipsen states the point tartly: “Sen. McConnell has been promoting immunity for companies that act unreasonably for over 30 years…This move to hold this covid package hostage with his agenda items is unpatriotic. Indeed, the trial lawyers and their union allies insist that a blanket waiver will only encourage reckless conduct by firms. Their concerns notwithstanding, a number of states have sought to provide exactly that protection by executive order. Moreover, employers are demanding that both employees and customers sign waivers of liability if they want to return to work or receive their services.

However, it is far from certain that these individual waivers will hold up in court. The vast expansion of damage actions in product liability and medical malpractice cases took place during the 1960s only after such waivers were struck down. During that period, the defendant’s strong edge in bargaining power was said to render any waiver of liability unenforceable. Given that change, courts need to fill the void on questions of loss allocation left by the refusal to honor contractual provisions. But how?

In cases alleging harm from defective products or medical malpractices, the courts struggled to find a middle position between having no liability and having tort liability. They understood that a knife manufacturer, for example, could not be held responsible every time a buyer cut himself, and likewise that a surgeon could not be held responsible for the death of every cancer patient on his operating table.  In looking for this middle position, unfortunately, they consistently denied a safe harbor to manufacturers or physicians who have faithfully followed standard industry practices. Those practices make it possible for the party to know in advance the standard against which it will be judged. Compliance rates will be high, and injured parties will not bring lawsuits unless a breach of that standard is detected.

But all that relative clarity is lost under the shapeless “reasonableness” standard, under which every fact pertaining to health or safety is relevant but none is dispositive. This amorphous standard makes it impossible for a defendant who has complied with those industry norms to win a case without going through an extensive trial whose outcome is always uncertain. In consequence, in this highly fluid area, that reasonableness standard will spur a vast increase in free-form litigation in which any non-settling defendant faces enormous potential liabilities. Both medical and product cases experienced liability crises in the 1970s, which have since abated as widespread technical innovations have reduced the frequency and severity of accidents.

Of course, such technical advances are of scant assistance today, as the potential for liability is diffuse. Historically, courts have been reluctant to impose liability for diseases that could not be traced to a discrete cause, such as asbestos fibers in a given plant. But COVID-19 is what the workers’ compensation law terms an “ordinary disease of life” that could be caught at any time and any place. Normally, a plaintiff would carry the burden of proof to show that a particular loss occurred within a particular workplace, which requires detailed evidence of the individual whereabouts of each individual plaintiff. Otherwise, sick plaintiffs could sue several different businesses for the same incident, as workers can pick up and deliver goods at multiple sites, while customers may shop or eat at several establishments within a given period.

The situation is further complicated by the strong defenses available to defendants: the plaintiff wore a defective mask inside the business or failed, for example, to observe social distancing requirements. Other defenses could include that certain establishments, such as nursing homes, should be excused from all liability because they were forced by state governments to admit COVID-19 patients. That requirement resulted in deaths for which the states in all likelihood could not be sued given the broad protections they receive in the discharge of their discretionary functions. All these matters are fact-intensive and many variables, like a person’s comorbidities, complicate the story.

The administrative costs of any COVID-related tort system would be unbearably large, as would the error rate for determinations of liability and damages. There is a constant risk that defendants who have taken all the right precautions will still be required to pay damages.

Trial lawyers and unions commonly claim that any business left to its own devices will take enormous shortcuts with safety precautions. Against this charge, there are at least two good answers. The most effective protection against employer or proprietor abuse is the response of workers and customers. Reputation matters, and the firm that garners a bad one loses customers long before any tort system can be invoked.

A casual look at the marketplace fails to reveal a wide range of different responses.  People are unlikely to demand that drug stores take strong protections against any COVID-19 risks but not dentist offices. And people who continue to fear COVID-19 are free to self-quarantine. Those businesses who think that their customers will have a healthy fear of COVID-19, perhaps because they are in hard-hit areas, will respond accordingly. Crowded tables, bad ventilation, and dirty dishes are not likely to bring customers in.

There is little doubt, for example, that outdoor dining poses less risk than indoor dining, so we should expect more of the former and less of the latter. We should not, however, expect all firms to take the same level of precautions, which is a good thing. Young people are at a far lower risk of COVID-19 than older individuals and those with comorbidities. There is no reason to institute the same level of precautions for both populations.

Nonetheless, if state intervention is required as a backup, it need not be through the clumsy tort system. Direct inspections enforced by fines or other sanctions will work far better. In general, the tort system works well with large, discrete injuries that are easily identifiable as to the source. But for diffuse injuries with the potential to affect a large number of people, direct administrative enforcement is more effective. That has long been the general rule with respect to public nuisances dating back to 1536, which only let people with “special damages” sue. Generalized losses suffered by large segments of the population, on the other hand, were covered by fines and related administrative actions to ensure wrongdoers did not escape for free.

That solution makes sense with COVID-19. Administrative bodies need only to inspect a place’s premises to see whether localized activities meet the regulatory standards, whether by installing plexiglass screens or instituting social distancing. There is no need to trace the behavior of all persons who claim direct injuries or assess their damages. The administrative costs of this system will be far lower than in a tort system, as will the likelihood of error. But because progressives insist that firms only take precautions for fear of liability, they place little weight on the ability of market and reputational forces to constrain untoward behavior. In this regard, I think that they are profoundly wrong, both historically and practically.

In the first instance, huge advances in medicine and technology were made long before the expansion of tort liability during the early 1960s, and most of today’s innovations are aimed at reducing losses from death or injury, not mitigating tort liability. These losses arise whether or not there is any tort liability, which tries, only fitfully, to correct errors by ex post remedies that are often highly unreliable. The better approach is to develop techniques that minimize these losses before the fact. The emphasis should be on new tests to identify COVID-19 cases, new treatments for sick people, and new vaccines. None of these innovations are driven by the tort system. Stated differently, the real challenge is to get these new initiatives moving, a task wholly unaided by enhancing the threat of tort liability.

The critics of liability protection also get the social causation issues backwards. A critical reason why customers are prepared to take risks in the first place is that they know in advance that services are available to help them should something go wrong, even in the absence of tort damages. Consider liability for skiing accidents, which most often result from decisions made by skiers themselves, and for which it would be silly to hold the ski proprietor responsible. One sensible solution to this liability situation is a Pennsylvania statute which, tracking the common law of other states, carves a strong defense for downhill skiing—meaning the skier assumes total risk. And yet the customers keep coming, precisely because they know that the skiing facilities take care of their slopes and make available at reasonable cost various medical and related services needed in the event of an accident.

This case may seem far removed from the COVID-19 situation, but the same lesson applies. Immunity from liability is the preferred course of action for businesses whose dangerous practices can be subject to powerful reputational losses—and that immunity should be supported, where necessary, by a system of fines and regulations. Imposing huge and uncertain liabilities through the tort system will only compound the already massive economic dislocations stemming from the COVID-19 lockdowns.