A blockbuster Supreme Court case could diminish the role of public unions. 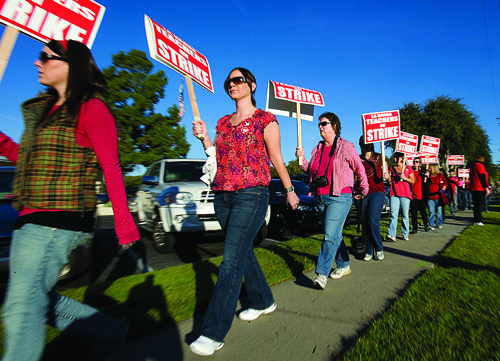 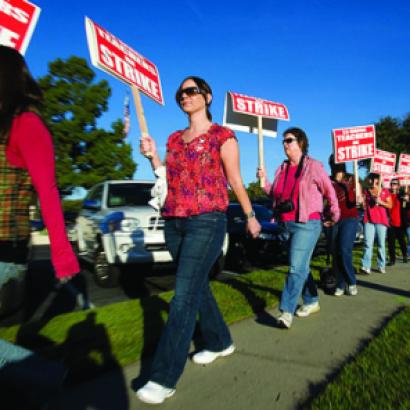 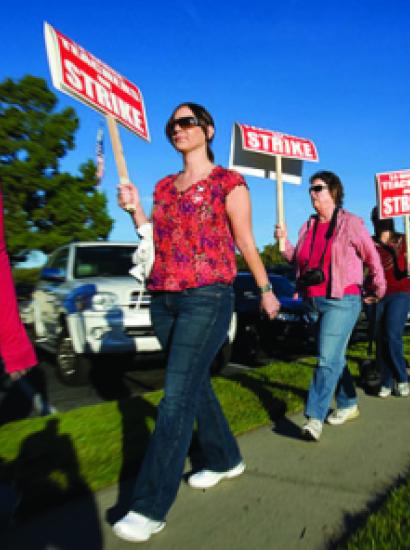 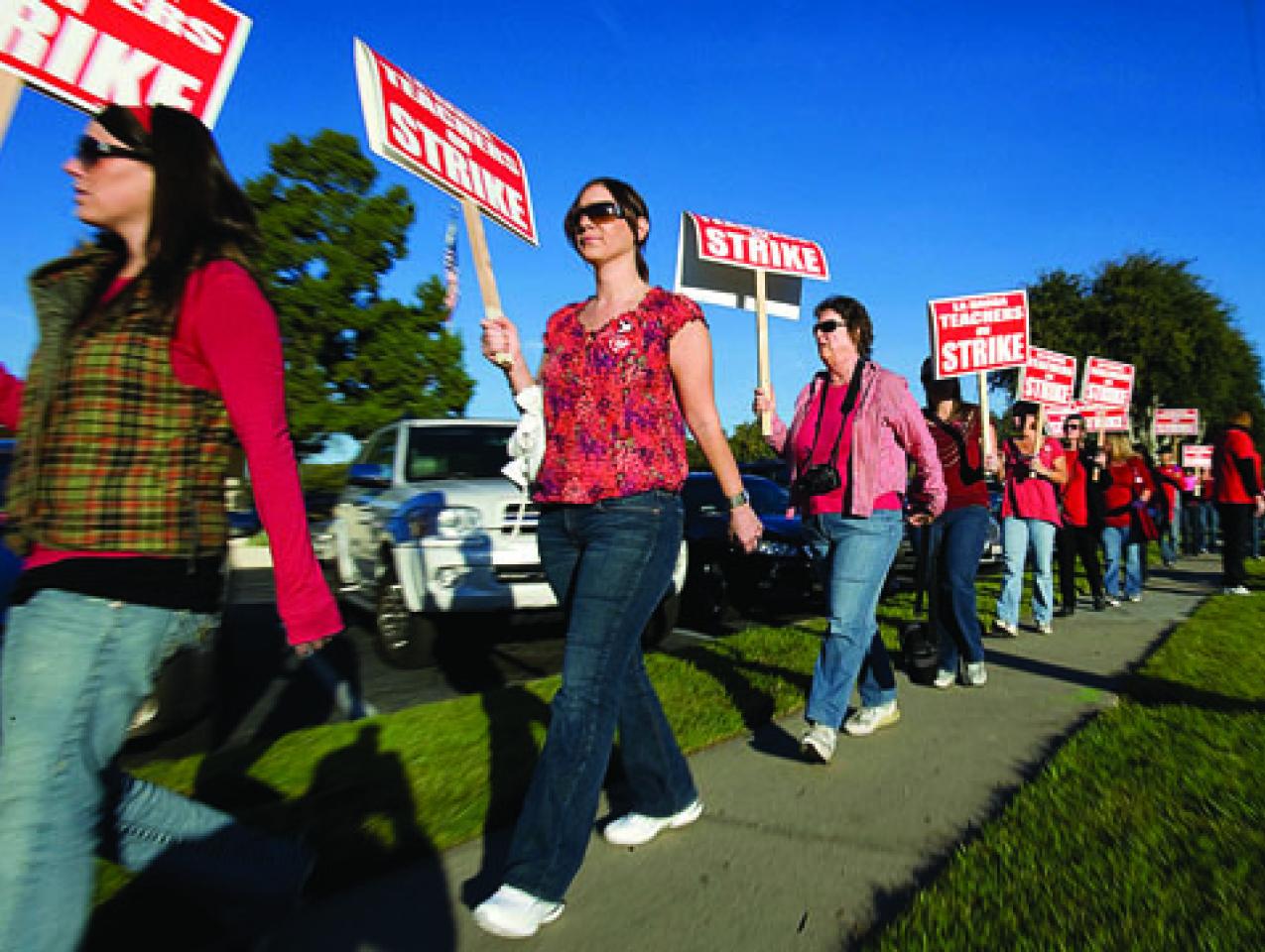 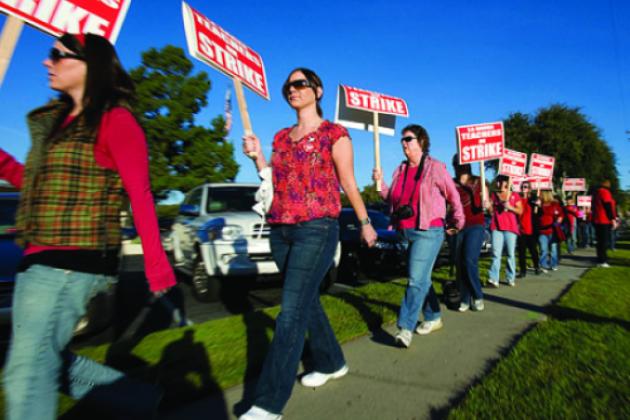 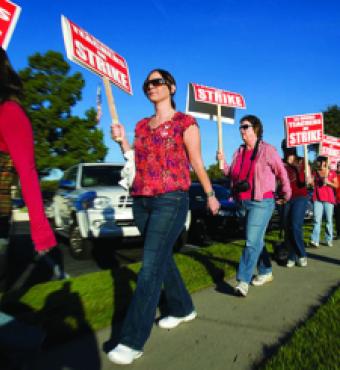 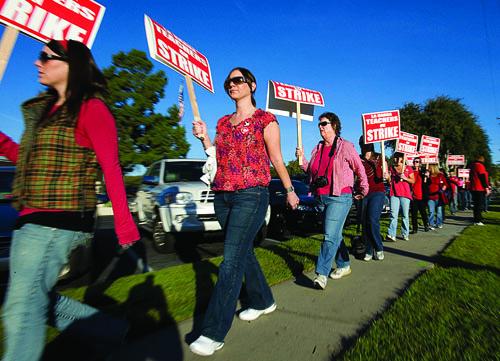 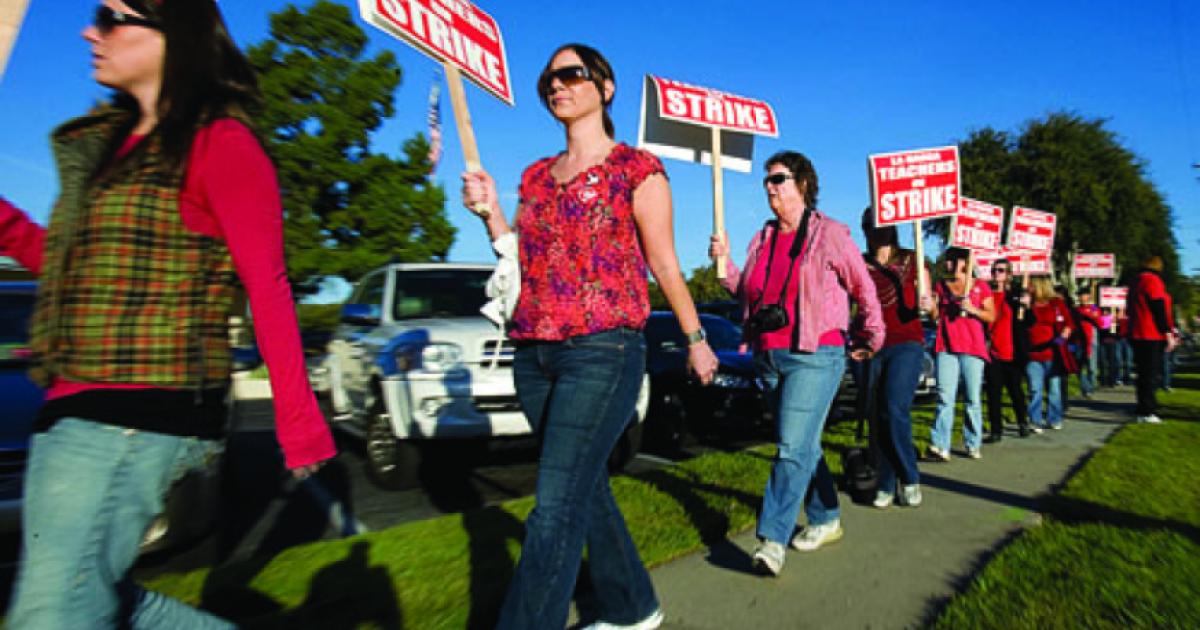 On Monday February 26, the Supreme Court will hear the watershed case of Janus v. AFSCME (American Federation of State, County and Municipal Employees), which raises the question of whether the First Amendment’s protection for freedom of speech proscribes “agency shop” arrangements in public sector unions. Under agency shop, non-union employees are required to pay dues to a union whose political views they oppose to cover the expense of negotiating collective bargaining agreements because, the argument goes, those agreements benefit union and non-union employees alike. Mark Janus worked as a child-support specialist for the Illinois Department of Health Care and Family services. He protested the $45 per month that AFSCME took out of his paycheck for just those purposes. His controverted claim is that he should not be forced to pay to support activities that he regards as inherently political, which AFSCME stoutly resists.

To put this issue in perspective, the last 85 years have witnessed two seismic shifts in labor relations. First, the passage of the National Labor Relations Act in 1935 created a system of mandatory collective bargaining for most private sector employees. That system required an employer to bargain in good faith with any union chosen by workers within a given bargaining unit by a majority vote. Collective bargaining is a close analog to the system of majority rule that is used by our federal, state and local governments. What’s good for Americans is good for workers.

Indeed, that is its first mistake. Within competitive labor markets, there is no need to impose a majority rule regime when unanimous consent is possible, namely, by making sure that the employer and all of its employees agree at the outset on the terms and conditions of their relationships. That alternative legal regime applied under both federal and state law until it was swept aside by the New Deal in the tumultuous 1936-37 Supreme Court term. This shift meant that the intractable conflicts of interest between unions and the dissidents they purport to represent were built into the very fabric of management-labor relations.

The second major step in union relations extended the application of NLRA principles to public sector unions in the 1960s. President John Kennedy did that enthusiastically for federal unions by Executive Order in January 1962. Soon after, many states, including Michigan, adopted regimes that empowered unions and local governments to enter into collective bargaining agreements, without the right to strike but subject to compulsory arbitration. These regimes allowed public sector unions not only to collect dues from their members, but also, under the agency shop agreement, to collect a service charge from non-union members equal to the dues they collected from their own membership.  The right-to-work provisions of the 1947 Taft-Hartley Act changed that equation, by allowing states to pass laws that let workers in an agency shop arrangement pay no dues at all to the union for either their bargaining or their political activities.

The agency shop for public unions was challenged in the 1977 Supreme Court case of Abood v. Detroit Board of Education, which issued a divided verdict. The union had the power to compel dissenters to pay for the union’s cost of negotiating and administering a collective bargaining agreement, but it could not force dissident workers (whether or not they were union members) to support its purely political activities, such as supporting candidates running for political office.

Justice Potter Stewart, writing for a unanimous court, acknowledged that the division between political and union activities was not airtight. With a passing reference to Friedrich Hayek, Justice Stewart summarized the diverse attitudes of workers as follows: “One individual might disagree with a union policy of negotiating limits on the right to strike, believing that to be the road to serfdom for the working class, while another might have economic or political objections to unionism itself.” Cognizant of the fears of all these dissenters, he held that the First Amendment allows all individuals to enjoy with “unmistakable clarity” the right to refuse to support the union’s political activities with their own money. On the other hand, he held that it was permissible under the agency shop regime for the union to collect payments in lieu of dues from non-members to fund issues of collective bargaining. He thought it indefensible to let individual workers become “free riders,” who could “refuse to contribute to the union while obtaining benefits of union representation that necessarily accrue to all employees”—a theme taken up in 1991 by Justice Scalia in Lehnert v. Ferris Faculty Association.

Next, Justice Stewart noted that the appointment of a single union avoided “the confusion and conflict that could arise if rival teachers' unions, holding quite different views as to the proper class hours, class sizes, holidays, tenure provisions, and grievance procedures,” bargained with employers on their own. He then went out of his way to note that “public employees are not basically different from private employers,” so that the accommodations that worked in the private sector under federal law carry over to state law. If federal workers could not avoid union dues for bargaining purposes, neither could public workers invoke the “unconstitutional conditions doctrine,” under which it is unacceptable for government to require individual employees to waive their collective bargaining rights to keep their jobs. He then went on to apply just that doctrine by declaring that “the First Amendment prohibits the state from requiring [a dissident] to contribute to the support of an ideological cause he may oppose as a condition of holding a job as a public school teacher.”

Oddly enough, over 40 years later, the debate is just where Justice Stewart left it. Clearly, there should be presumption against overruling prior precedent, without some showing that it missed important arguments of principle. But in Abood, there were at least two points on which Justice Stewart’s opinion was clearly erroneous. Taken together, they make a strong case for the Supreme Court overturning that decision in Janus.

The first point denies that the rules governing public employees are the same as those justifying collective bargaining in the private sector. The first indication that something is amiss with that position is that the NLRA was limited to industrial unions when it was enacted in 1935—and for good reason. Justice Stewart’s Abood decision does not use the word “monopoly” or “competition” to describe the markets in which unions operate. But that market structure is critical, for what matters in negotiations is the number of parties on the other side of the market, not their size. A private sector union can put real pressure on an employer, but it knows full well that the entry of non-union competitors will sharply blunt any exercise of its monopoly power—which is why private unions work so hard to keep out rivals by supporting high tariff barriers to foreign goods and services, as well as restrictive land use regulations to keep out non-union shops.

Public sector unions face no parallel risk of new entry when they seek to organize teachers and other state and municipal employees such as police officers, fire fighters, and prison guards. For these services, the state usually operates as the sole supplier. Hence the corresponding power of the union is extraordinary, and it is made even more powerful because legislators elected with strong union support let powerful union forces sit on both sides of the bargaining table. The effort to limit union power by forbidding strikes and compulsory arbitration offers no solution to the problem: Unions can still demand top dollar and unsustainably large pensions, which helps explain why so many state and local pension funds are in such desperate shape. A decision that lets dissident workers out from under the union thumb is an important counterweight to these dangerous manifestations of union power.

The second point is that the free-rider analysis is oversimplified. The economic definition of a free rider is someone who gives up nothing in order to receive the benefits that others provide. The classic illustration is the citizen who enjoys all the benefits of well-kept streets and parks but contributes nothing to their upkeep in taxes. Workers who are covered by the agency shop agreements are not free riders, because they still remain legally bound to let the union represent them in all negotiations, even though many would happily pay money to be rid of union representation altogether. The so-called duty of fair representation, which requires unions to treat dissidents with equal dignity as union members, is in fact an imperfect tool for dealing with union conflicts among the many diverse employees represented by a single union.

Thus, this duty of fair representation proved ineffective at best in dealing with the truly egregious forms of discrimination. In the 1930s and 1940s, white union leaders negotiated bargains that relegated all black workers to inferior jobs. But even on purely economic issues, this duty is largely toothless because the union, when acting in good faith, is free to take an aggressive posture in negotiations, risking a strike or lockout, even when dissident members might prefer more job security albeit with lower wages. Similarly, any single union that represents both high-paid craft workers and lower-paid assembly line workers will tend to shift wealth to its large group of lower-paid workers at the expense of their more skilled colleagues. Nor is the situation any better when the union is forced to negotiate a single, merged seniority list when the workers at a closed plant are transferred to a second plant represented by the same union.

It is utterly impracticable, of course, to hold the union in breach of its duty of fair representation, because it will then face serious liabilities no matter what it does. But it is possible to let these workers out of paying dues, without creating any additional “confusion and conflict.” After all, many workplaces already some have their workers distributed across different unions, and have some non-union workers as well. It is, therefore, false to say, as Justice Stewart stated, that there is some set of benefits that “necessarily accrue” to these dissident workers. Loosening union control over dissident workers will not solve all of the multiple conflict of interest problems. But the higher judicial scrutiny available under the First Amendment offers a principled route for taking one firm step in loosening the grip of public unions on dissenting employees.