A Bill That Costs Too Much, Does Too Little

Biden’s “infrastructure,” a fantasy mix of taxes and subsidies, is a poor second to systematic deregulation. 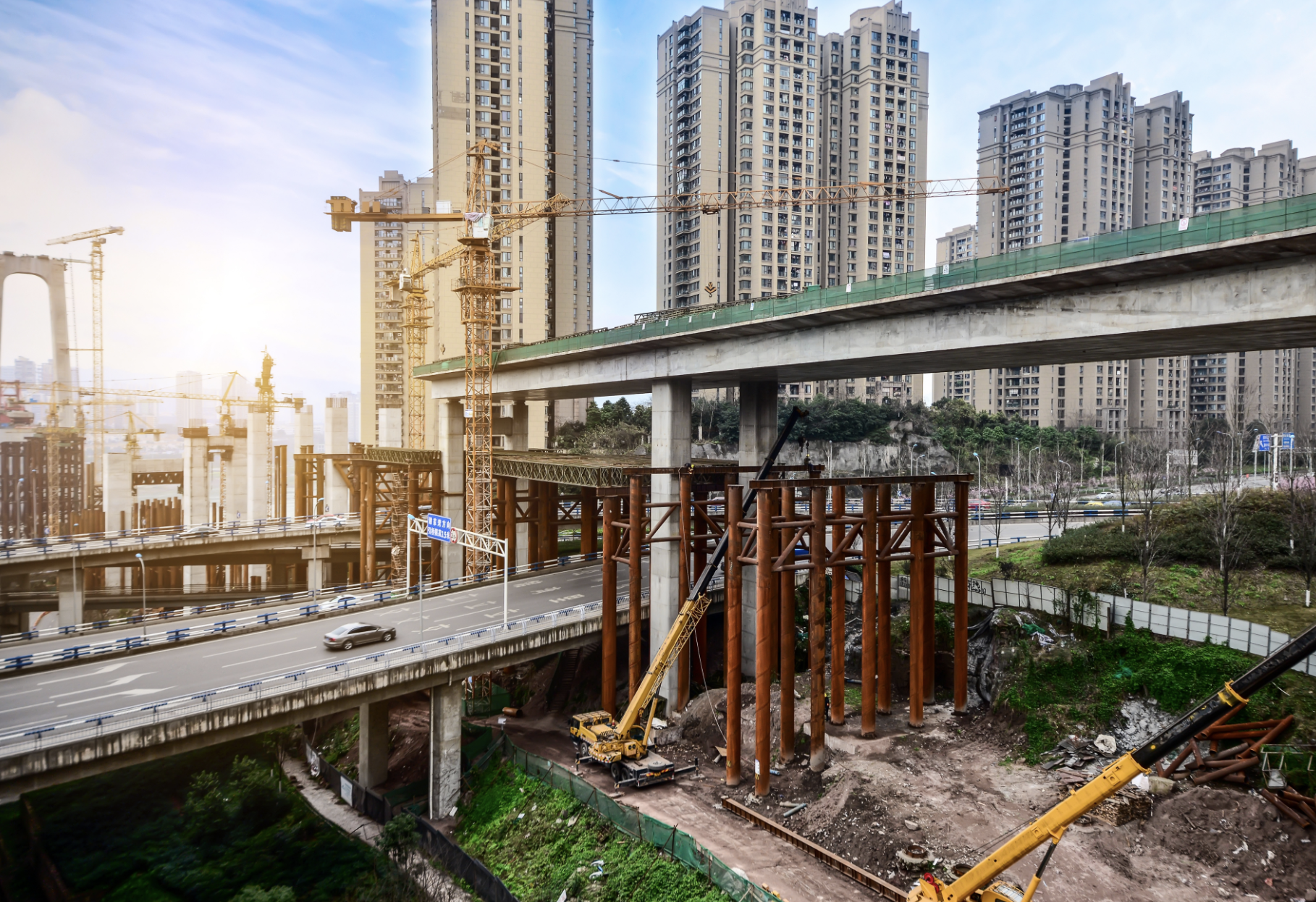 A Bill That Costs Too Much, Does Too Little 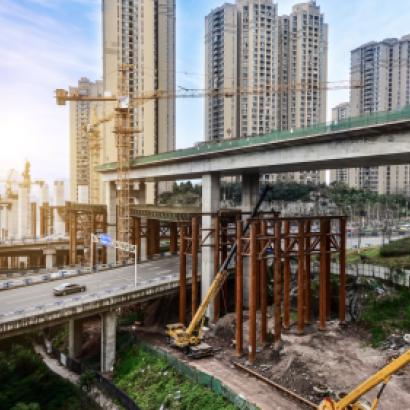 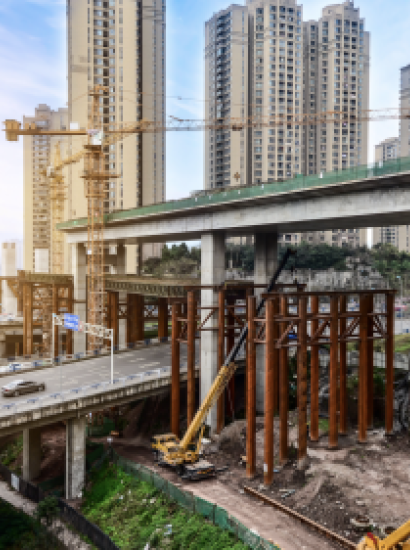 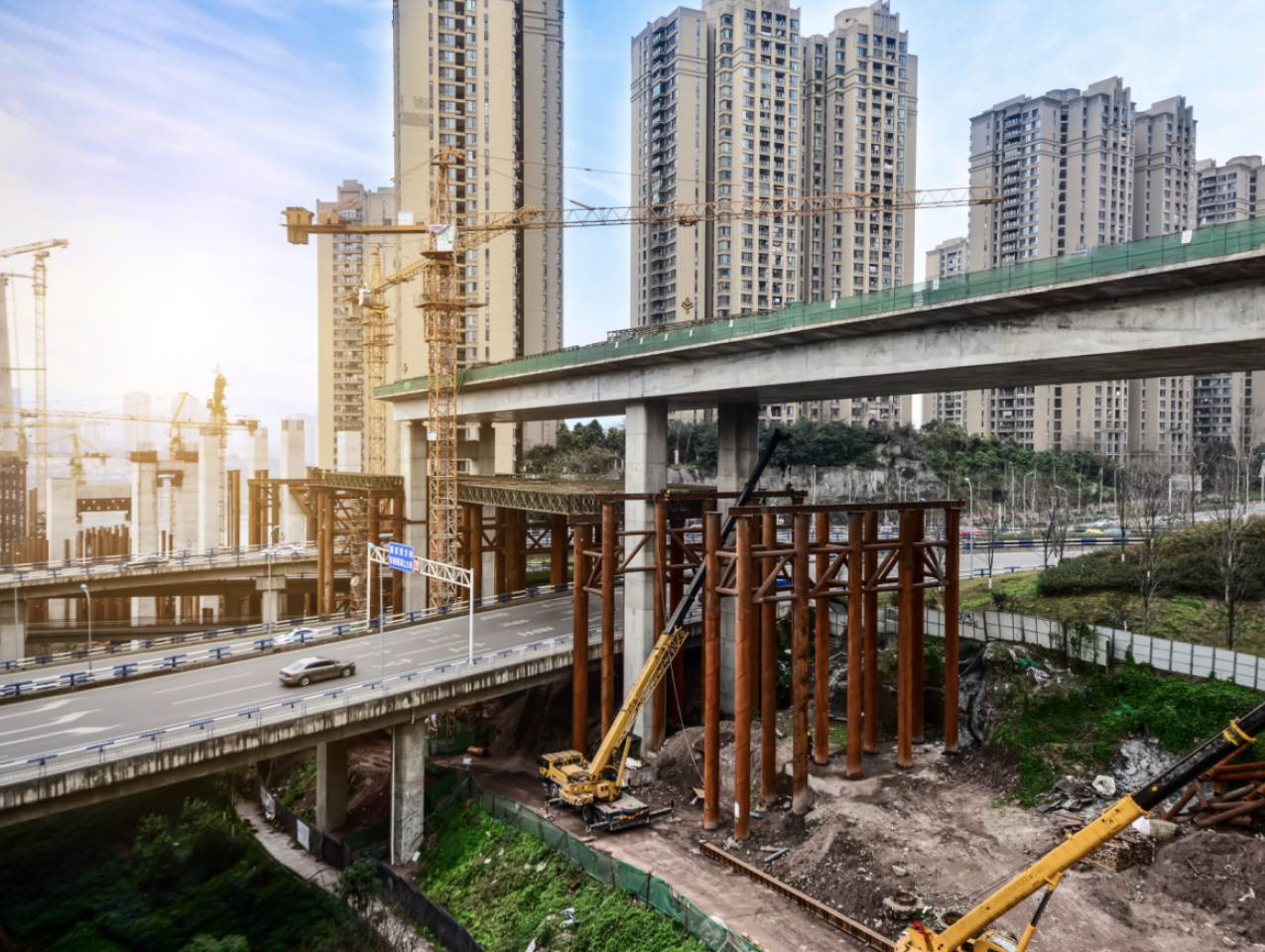 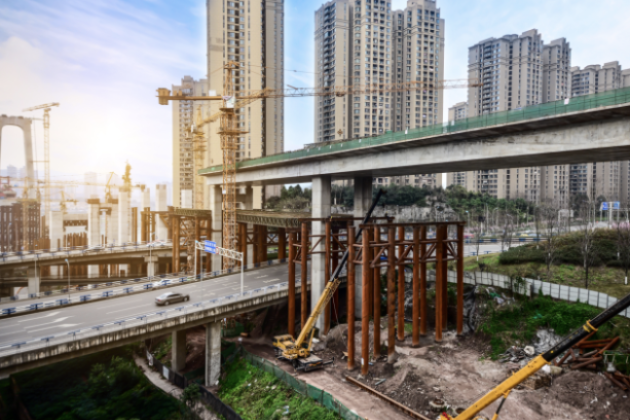 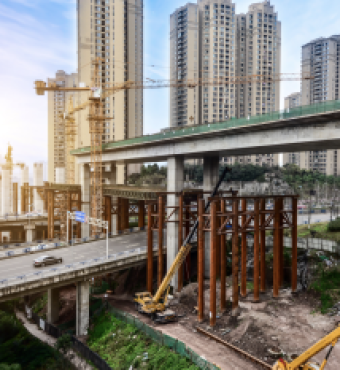 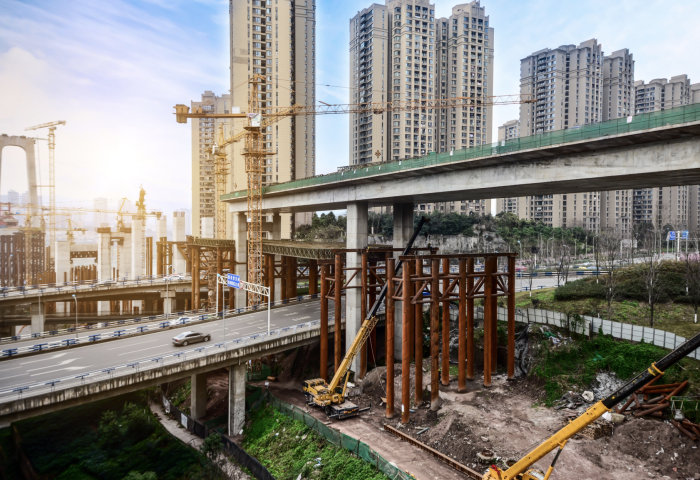 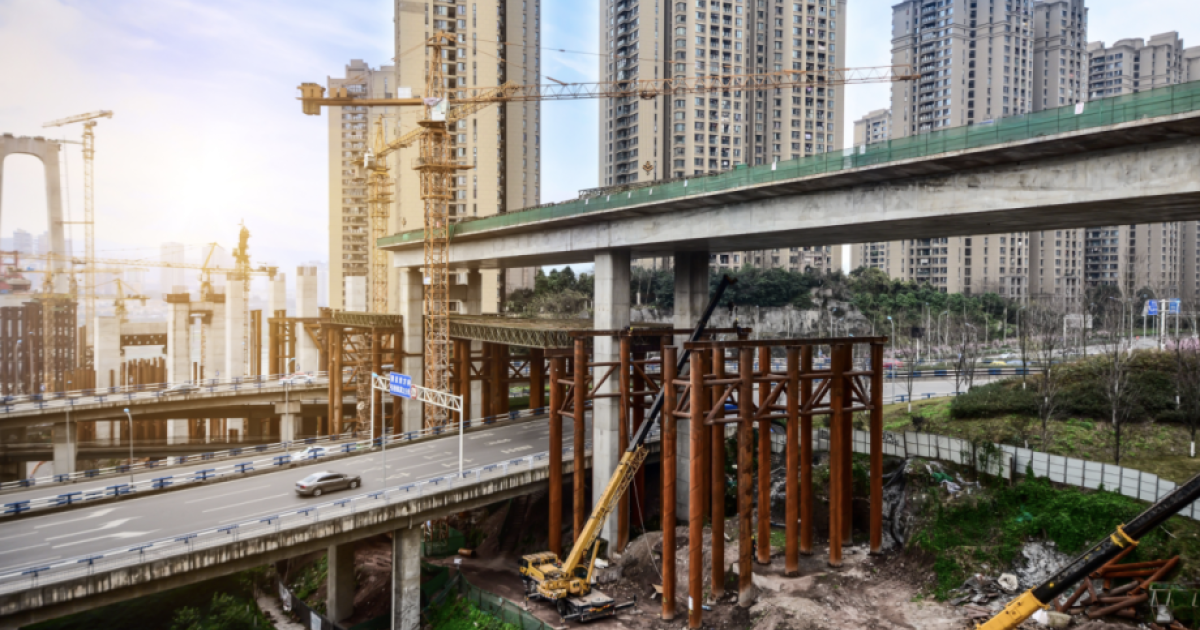 There is a growing consensus that the Biden $3.5 trillion spending bill is in trouble, and for all the obvious reasons. The president is down on his luck politically, which gives him relatively little leverage to push hard on behalf of legislation that has divided progressives and moderate Democrats—and left Republicans united in their opposition to a bill that they claim does too much too soon.

One measure of Biden’s desperation is his belated announcement that the $3.5 trillion bill will cost nothing “because we’re going to raise the revenue” through higher taxes on corporations and high-net-worth individuals. Unfortunately, this one naive observation captures the fatal flaws in Biden’s grand vision.

It Doesn’t Pencil Out

First, the optimistic projections are likely to fall short, even if there is no adaptive behavior by targeted groups: the numbers just don’t add up. But worse, with tax burdens this large, multiple forms of private adaptive behavior will reduce the revenue the tax hikes yield. In some cases, the form and timing of investments will be changed. In other cases, people will retire early, consume more, shift to tax-free investments, go offshore, or use a wide range of present (and future) shelter devices to minimize their tax exposure. In addition, new foreign investment will head to friendlier shores. Perhaps some illegal scams can be caught, but even Biden’s tough audits will not be able to get blood from a stone by attacking legitimate tax shelter schemes—which are endemic in the Internal Revenue Code. That revenue shortfall will lead to either treasury borrowings or inflation, both of which are hidden taxes that hit rich and poor alike.

Second, there is no reason to take Biden’s $3.5 trillion figure on faith, given the variety of budgetary gimmicks baked into the plan. It is all too easy to include within the standard ten-year budget window short-term revenue gains while failing to account for long-term revenue losses. Moreover, it is a virtual certainty that supplemental appropriations will be authorized under future Democratic administrations.

Third, even if by some miracle tax revenues met their ambitious targets, the indirect negative effects of the tax increases would still be major. Higher taxes mean, at the very least, fewer dollars for capital investments left in private hands. Fewer investments mean fewer start-ups, fewer new jobs, and lower wages––hitting people across the entire income and wealth spectrum.

Fourth, passage of the bill would embolden progressives to ramp up their political pressure to bully through the passage of future transfer programs, which will spend additional extensive resources to either obtain or resist advantages through the political system, no matter who wins or loses any particular battle.

“Infrastructure” Is Not a Blank Check

Faced with these realities, it is sad to listen to some fanciful arguments advanced to support the new Biden program. Treasury Secretary Janet Yellen insists that affordable child care is “as essential as infrastructure or energy.” Yellen has said that she was “not sure whether I would be here, in this job today, if I didn’t have an excellent babysitter forty years ago” to take care of her infant son. Her remarks are altogether far too autobiographical. It is, of course, utterly futile to debate in the abstract the relative importance of child care and infrastructure. Life is always lived at the margin, and the correct inquiry asks how to allocate social wealth between these two endeavors, neither of which should be starved to make way for the other. The challenge is finding the right balance.

The traditional items found in the $1.0 trillion bipartisan infrastructure bill are radically different from those contained in the $3.5 trillion Democratic bill. The first piece of legislation addresses items that squarely fall within the infrastructure category: roads, bridges, airports, rail, power, and public utilities. In these cases, efficient resource allocation often requires some government investment and control. There is often a need to use (or at least threaten to use) the eminent-domain power to assemble the necessary parcels to allow these facilities to be put into service. Some facilities are operated by government, which means that dubious administration can undercut their efficiency.  Often, these infrastructure activities are carried out by private common carriers and public utilities that may be subject to some form of rate regulation. That, in turn, is no easy task, as the regulator, subject to judicial oversight, has to steer the difficult middle path between lax regulation that allows for monopoly profits and stringent regulation that confiscates private investment by denying facility owners sufficient rate of return on their invested capital. It is therefore never wise to give an automatic thumbs up to infrastructure programs that can as easily fund a road to nowhere as some essential new airport or highway.

Accordingly, sound public policy seeks to reduce, whenever possible, the public regulation and support for infrastructure, by working to create competition in such key areas as trucking, aviation, and telecommunications. But at least there is a coherent case that can be made on behalf of additional public investment, without endorsing all of the proposed expenditures contained in the bipartisan legislation.

By the same token, procuring babysitters for the next generation of toddlers is too important to be left to government financing, influence, or control. Janet Yellen had a successful experience because she took the lead in finding a babysitter appropriate for her precocious toddler. Her individualized knowledge about her son made it utterly inappropriate for the state to have any role in either selecting or dismissing her babysitters. These small markets are highly competitive and, although not perfect, have been expanded and improved by the use of online matching services. It is the height of folly to claim that these ventures are too important to be left to private choices, when the opposite is true for thick markets where there are no assembly problems and no risk of the abuse of monopoly power. Yet, when cash is paid by government, strings are often attached, leading to longer lag-times and worse matches. Who may make the expenditure? How much can be made? Must it obtain preapproval? Must it be subject to subsequent audit? None of these devices works, and so often the most sensible mode of redistribution is a tax credit or a direct subsidy with no strings attached. But these transfer payments help some and hurt others, and they are almost always inferior to a program that works in favor of market liberalization, which is a positive-sum game.

Regrettably, virtually all the transfer programs will be guilty of some form of government overreach. And if they fail individually, they fail all the more so collectively. Thus, the largest item—$726 billion (over 20 percent of the entire $3.5 trillion proposal) constitutes efforts to insinuate the national government further into educational programs at all levels. In dealing with pre-K education, there is little reason for any universal government program, given that many families have developed connections with a wide range of religious and secular programs that work in a wide number of different ways, without government support. Put the government money in, and conditions will attach—for instance, the programmatic commitment to behavioral and racial health equity could easily turn a funding initiative into a substantive takeover that small programs will be hard pressed to resist.

Similarly, government subsidies to make community colleges tuition-free are sure to backfire. While students are likely to jump for a cost-free education in the immediate term, the economic result will be a probable reduction of performance: when someone else is picking up the check, incentives to make better and financially effective choices disappear. It is in fact quite likely that the program will produce more degrees but less education, where once again government conditions will follow government payments.  A private student loan program, meanwhile, works through market forces, and is thus better able to weed out those individuals for whom a community college education is an inferior choice to, say, entering the labor market immediately, or a nondegree occupational training program offering a higher rate of return on educational investment.

The situation is as bleak with the second-largest component of the Biden initiative, which involves massive intrusion into the real estate markets. Affordable-housing programs are a huge drain on development if they are implemented through a zoning program that conditions a developer’s sale or rental of market-rate properties on the sale or rental of affordable units. The cross-subsidies are a disguised form of price controls that slow down private sector growth. In the alternative, direct public subsidies lead to overconsumption of housing, whose cost could easily be increased by a mandate to use union labor.

The overall reckoning is grim. In area after area, the outcomes are all of a piece, insofar as they adopt a systemwide perspective that prefers some expensive combination of taxes and subsidies to a program that removes both. But that initiative is anathema to progressive planners who want to keep a finger in every pot. Instead, deregulation of these many markets will produce both higher levels of individual satisfaction and lower tax burdens.