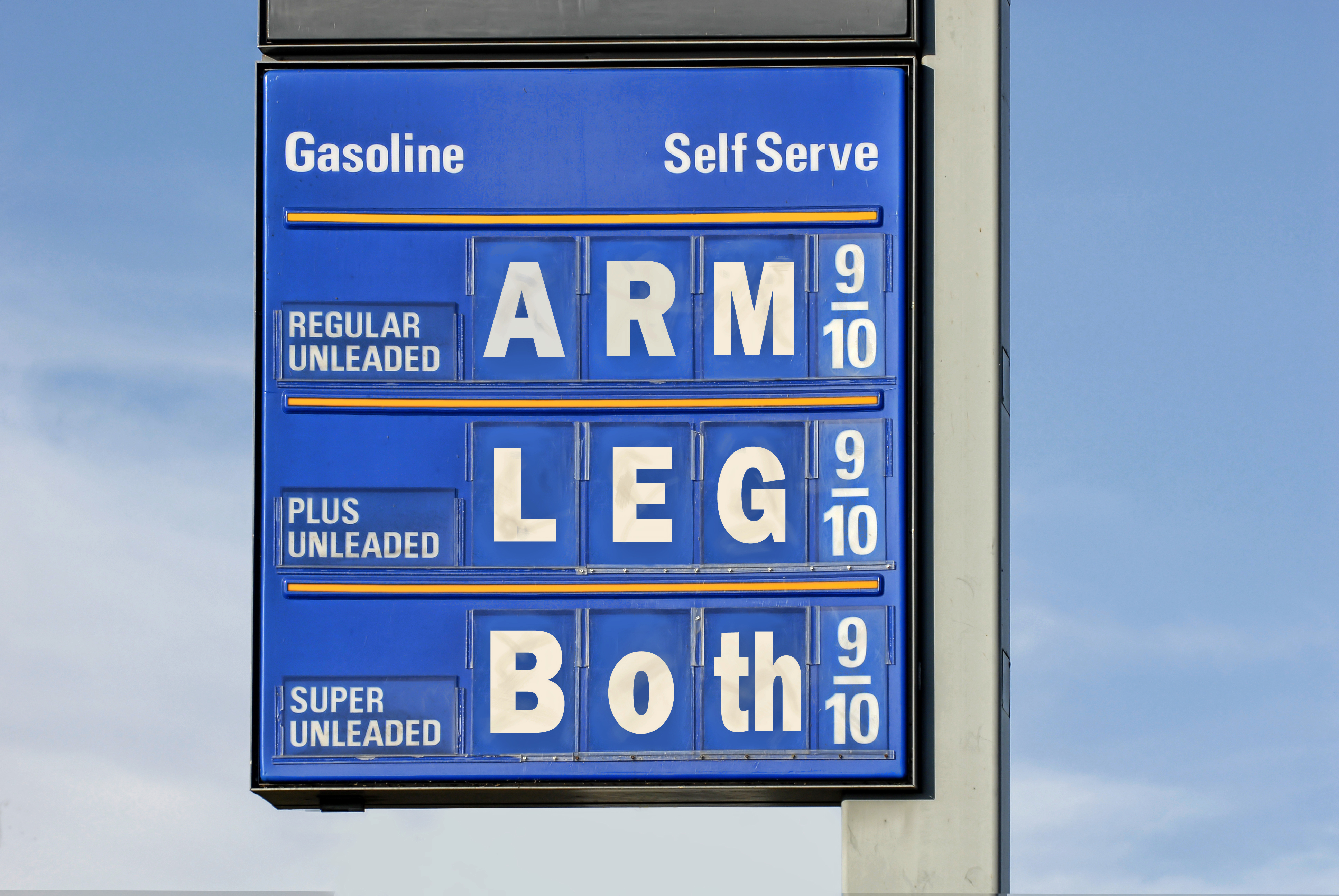 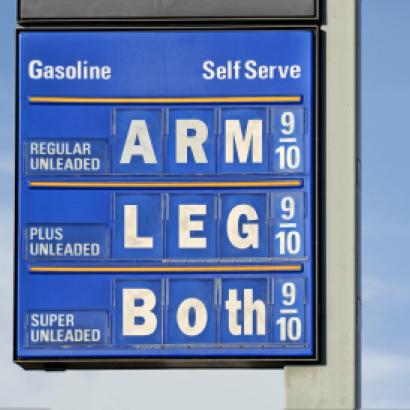 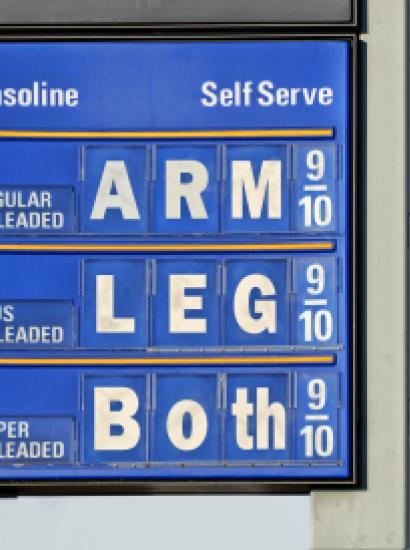 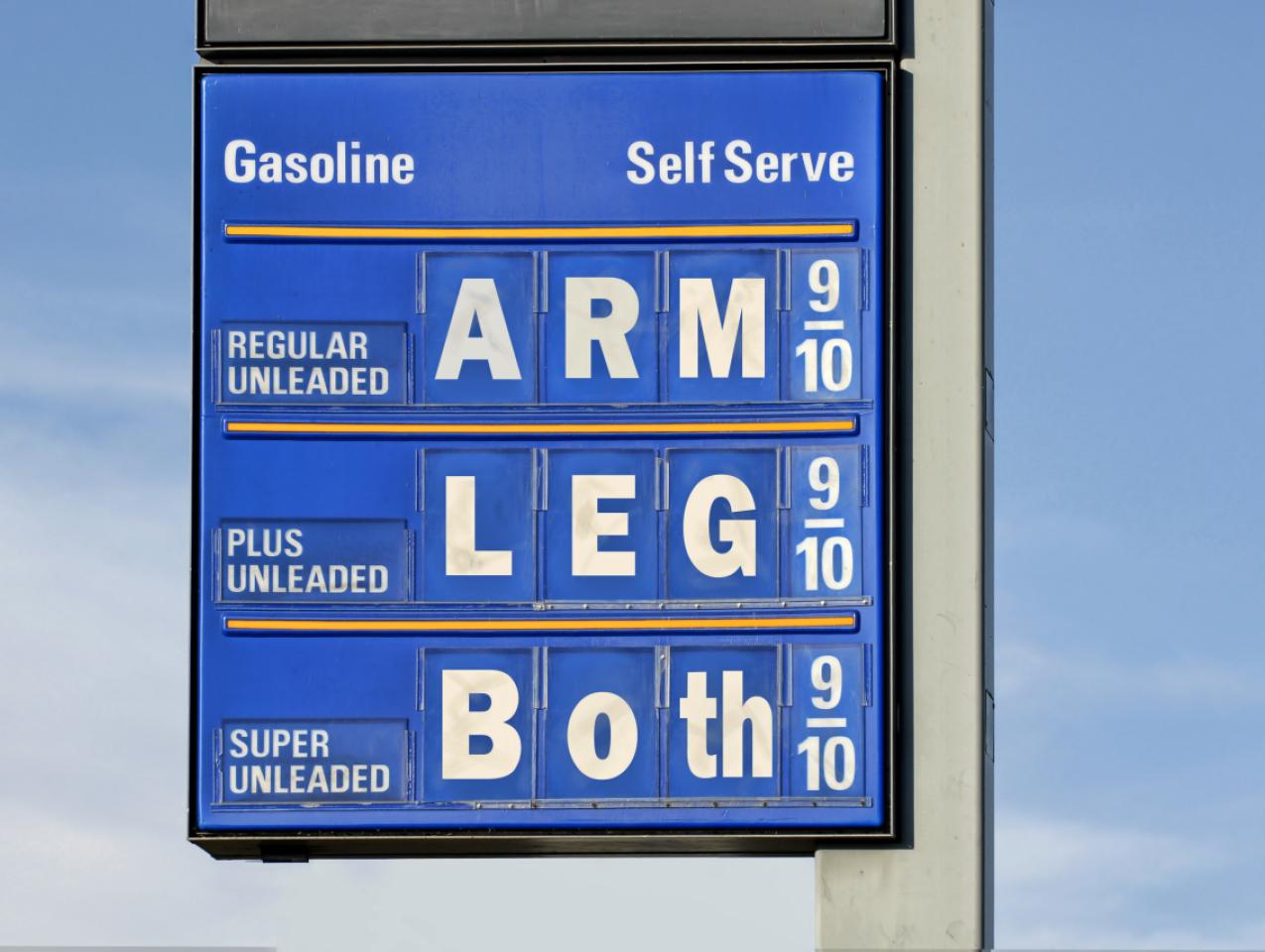 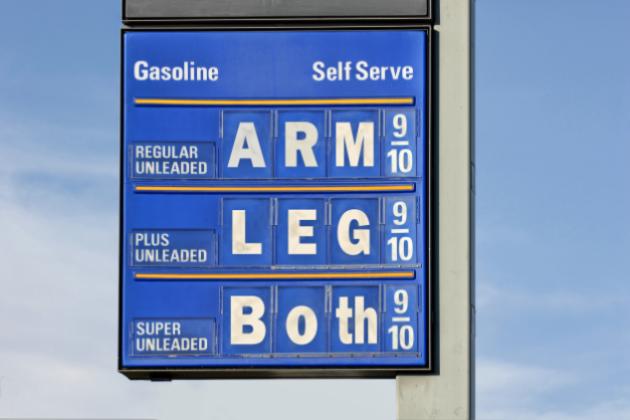 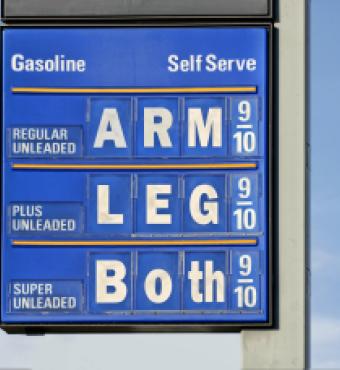 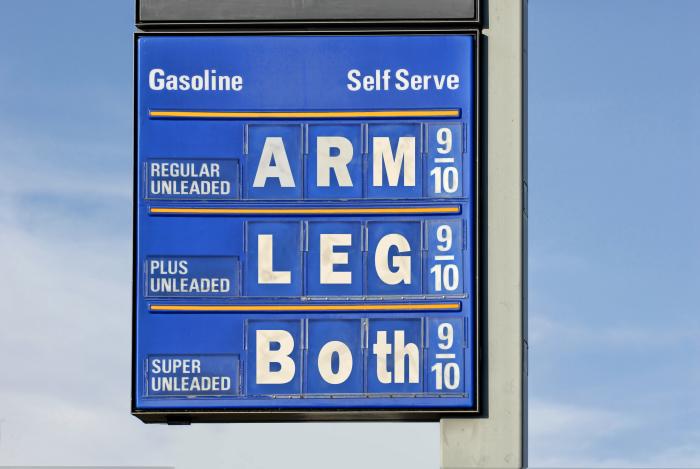 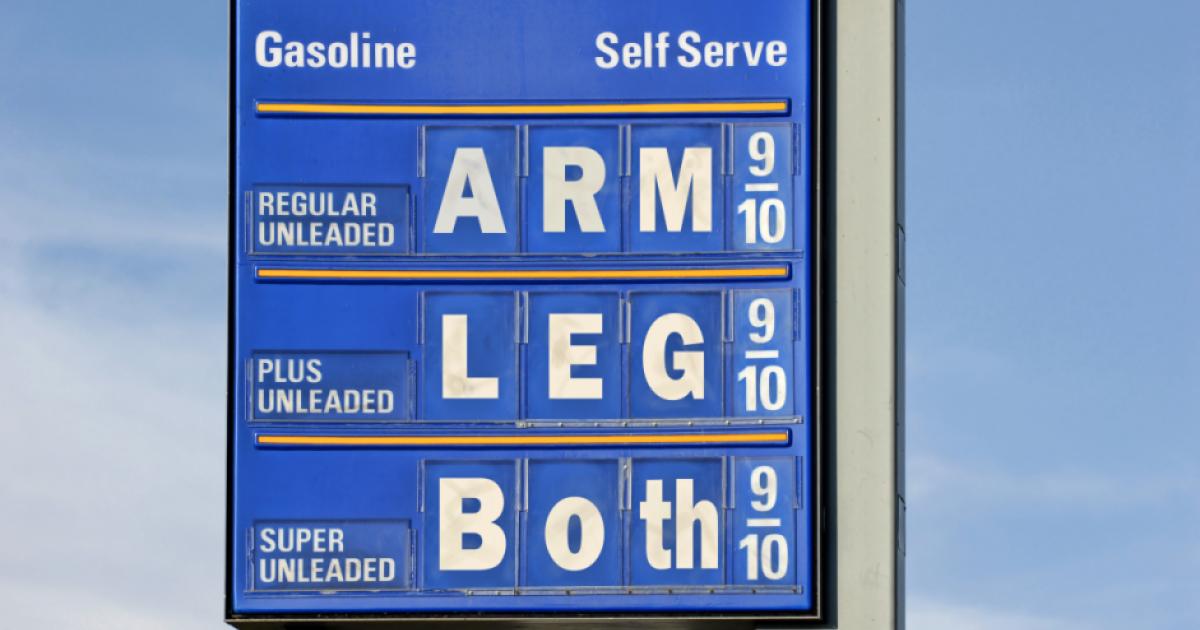 In this case, it’s a keen grasp of the obvious: with the state running a mammoth budget surplus and Californians struggling with a worsening cost of living in the form of inflationary goods and services, intrepid incumbents concluded it’s time to give back to the same folks who elect California’s legislators and constitutional officers—and, oh who, by the way, will be receiving their June primary ballots a few weeks from now).

What state lawmakers would like to do: provide a $200 refund for California taxpayers and each of their dependents, the catch being that the money would go to single tax filers with under $125,000 in reported taxable income and joint filers reporting no more than double that amount.

Not to be outdone, California governor Gavin Newsom stepped in with a remedy of his own, ostensibly to offset the Golden State’s exorbitant gasoline prices: a $400 debit card for each and every Californian with a vehicle registered in their name.

In case you’re curious as to how long my praise of California’s political leader lasts: no more than the previous four paragraphs. That’s because both concepts are fraught with problems.

Let’s start with the Newsom proposal, as it’s the sexier of the two offerings, given its higher price tag (about $9 billion vs. the legislators’ more modest $7 billion idea) and Newsom’s marketing of the plan as high-octane pain relief (in the governor’s words: “immediate action to get money directly into the pockets of Californians who are facing higher gas prices”).

Problem one: it’s not just gas-consuming automobiles that qualify for the governor’s giveaway, but also electric vehicles—those, of course, not powered by gasoline. The satisfaction of owning an EV in California? Being able to smirk in smug satisfaction while passing by service stations and watching other cope with “pain at the pump” (a status that changes should California power bills continue to soar).

The point of this isn’t to bash Newsom for his fondness for electric vehicles. It’s the intellectual disconnect: imaging giving every Californian $400 to offset the high price of meat—and including vegans in the giveaway.

Besides, California EV owners already get plenty of love from Sacramento. Buy a new electric vehicle in the Golden State and the state applauds your non-fossil-fuel behavior with a sliding-scale Clean Fuel Reward of up to $750 (here’s a chart). That’s in addition to California offering a “clean vehicle rebate” for the purchase or lease of an EV in the Golden State. The value of that rebate: anywhere from $1,000 to $7,000. Suddenly, the governor’s offer seems sort of trifling, not to mention redundant.

Moving on to the second problem with the Newsom plan: the breadth of largesse. It’s not just one car per household that qualifies under the Newsom plan, but two cars per owner, or four cars for two spouses—and even more $400 debit cards, depending on how many other family members have cars registered in their names. At the risk of delving into class warfare, one wonders how many families with four or more EVs in the garage and driveway—especially if they’re Teslas, with the average US household income of a lone Tesla Model S owner a little north of $150,000—are struggling to get by.

Add up those points and let’s call it what it is: election-year hypocrisy. Newsom has spent the better part of his first term in office bashing Big Oil (remember “the California Way” of governing and “petro-dictators”?) while trying to mandate Californians into kicking the fossil habit—all in the spirit of a cleaner, greener environment. In September 2020, for example, Newsom issued an executive order requiring sales of all new passenger vehicles to be zero-emission by 2035.

Newsom upped the stakes earlier this year when he unveiled an $11 billion “ZEV package” to make the Golden State more oil free. “The future is electric, and we’re making it easier and cheaper than ever before to go electric,” Newsom said while unveiling the plan. “That means more assistance to help folks buy clean cars and more charging stations in more communities throughout the state.”

Fast-forward two months and Newsom now wants to make life easier for Californians not making the shift to electric modes of transportation, not to mention maybe boosting the sales of the aforementioned petro-dictators. Moreover, the governor’s scheme rewards behavior that’s anything but lean and clean. As this Bloomberg Green column notes: “[A] millionaire owner of two Range Rovers that get 13 miles per gallon would receive $800 as would the owner of a pair of Tesla electric cars who does not pay fuel taxes. Someone who relies on a bicycle for transportation, on the other hand, would be left empty-handed.”

Now, a few (mostly unkind) words for what the state legislature would do if it called the shots.

A rebate plan that caps qualifying income at $125,000 per individual or $250,000 per couple raises the question of how to define the “middle-class existence” in California. Another way to phrase that: how much can Californians earn while also living paycheck to paycheck?

The Pew Research Center took a crack at this a couple of years ago and came up with the following definition for middle-class Californians: those with household incomes no higher than $188,000.

But what is the definition of a “middle-class existence”? Not being an economist, I’d offer something along these lines for a two-earner household: enough income to own a home and own or lease two cars, with enough money to feed and clothe the offspring and save for their college education. Factor in the costs of housing (Zillow’s “typical home value” in California is $758,360, up over 21% from the past year), gasoline (an average of $5.90 per gallon for regular), plus the highest state income tax in the land (13.3%) and the “California dream” is not to be confused with an easy, affordable lifestyle.

I didn’t mention yet another facet of California’s current struggles: in addition to “pain at the pump,” grief at the grocery store.

Food prices in America are up nearly 8% compared with a year ago, making for the largest 12-month increase since 1981, according to the consumer price index. That makes for all kinds of sticker shock in the grocery aisles—milk, meat, and packaged goods, to name but three commodities.

A thought: instead of targeting the $200 or $400 rebates as a means of countering surging gasoline prices, why not rebrand the giveaway as a way to put more food on the table and improve children’s nutrition?

Of course, as with most any Sacramento-related business, there’s a political correctness gamut to run: would a state government fixated on climate change allow said rebates to be used for dairy products (remember cows and methane?). On a more serious note, what’s the sense of issuing debit cards if they can be used for “sinful” purposes (in grocery stores, those would include alcohol, tobacco, and lottery tickets)?

Then again, what we may see in the weeks ahead, as the governor and his fellow Democrats try to find common ground, might inspire a stop in the spirits aisle of a grocery store.

For openers, Newsom will find it difficult to get the legislature to sign off on debit cards going to the wealthiest Californians. The same class distinction might apply to what cars are registered—offering a rebate to a Central Valley family that owns two pickup trucks not being the same as sending money to a Beverly Hills couple that owns a Tesla, a Mercedes, a BMW, and a Bentley.

Other flies in the ointment? Apparently, the Governor’s Office didn’t take into consideration what to do about California’s active military residents from out of state, who aren’t required to change their vehicle registration—as they also buy gas in the Golden State year round, do they also get a rebate? And there’s the nagging concern of a state bureaucracy that’s something of a techno-klutz (look no further California’s train wreck of an unemployment-claims agency) tasked with issuing debit cards.

And therein lies the final problem with both “relief” plans: whether either can be done smoothly and swiftly. Keep in mind, whatever assistance Sacramento ultimately decides won’t come until July at the earliest, as the spending is tied to the new state fiscal year, which begins that month (so much for Newsom’s use of the term “immediate action”).

Which tells you one thing about California lawmakers: in their efforts to come across as “Doctor Feelgood” in an inflationary election year, it’s not quite an emergency-room mentality.