California’s Crumbling Condition – The Past, Present, and Future of Infrastructure in California

The modern California was built on an expansive and well-thought-out infrastructure plan.  Today, however, that system is crumbling beneath our feet and the bill just repair it – let alone modernize it for the next generation of Californians – is steadily growing: some estimate it to be around $500 billion or roughly 3 times the proposed 2016-2017 total state expenditure budget. 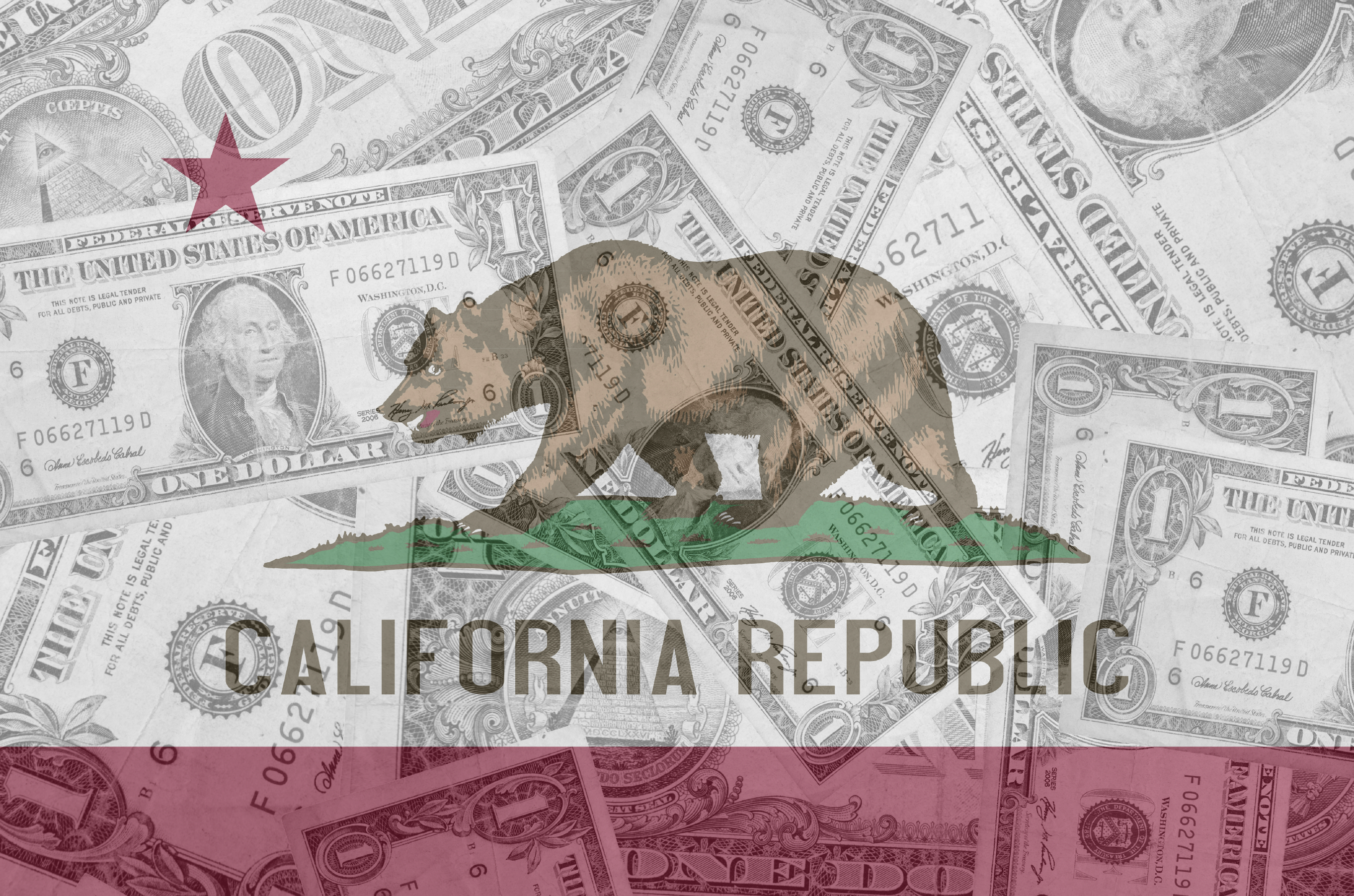 California’s Crumbling Condition – The Past, Present, and Future of Infrastructure in California 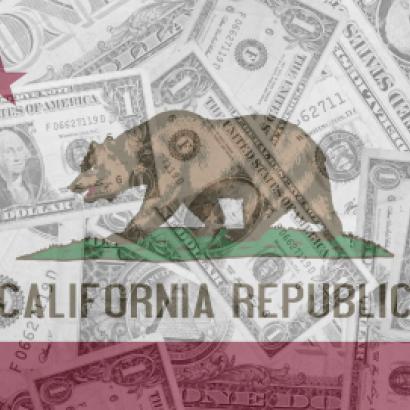 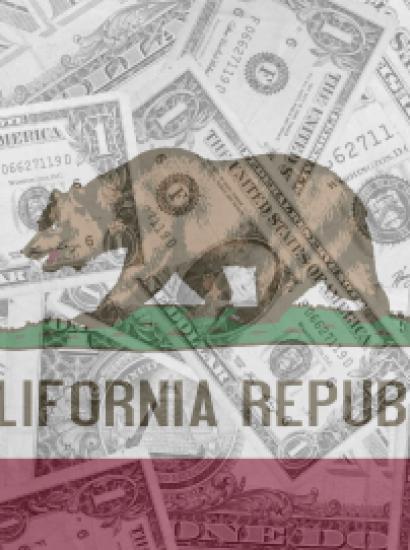 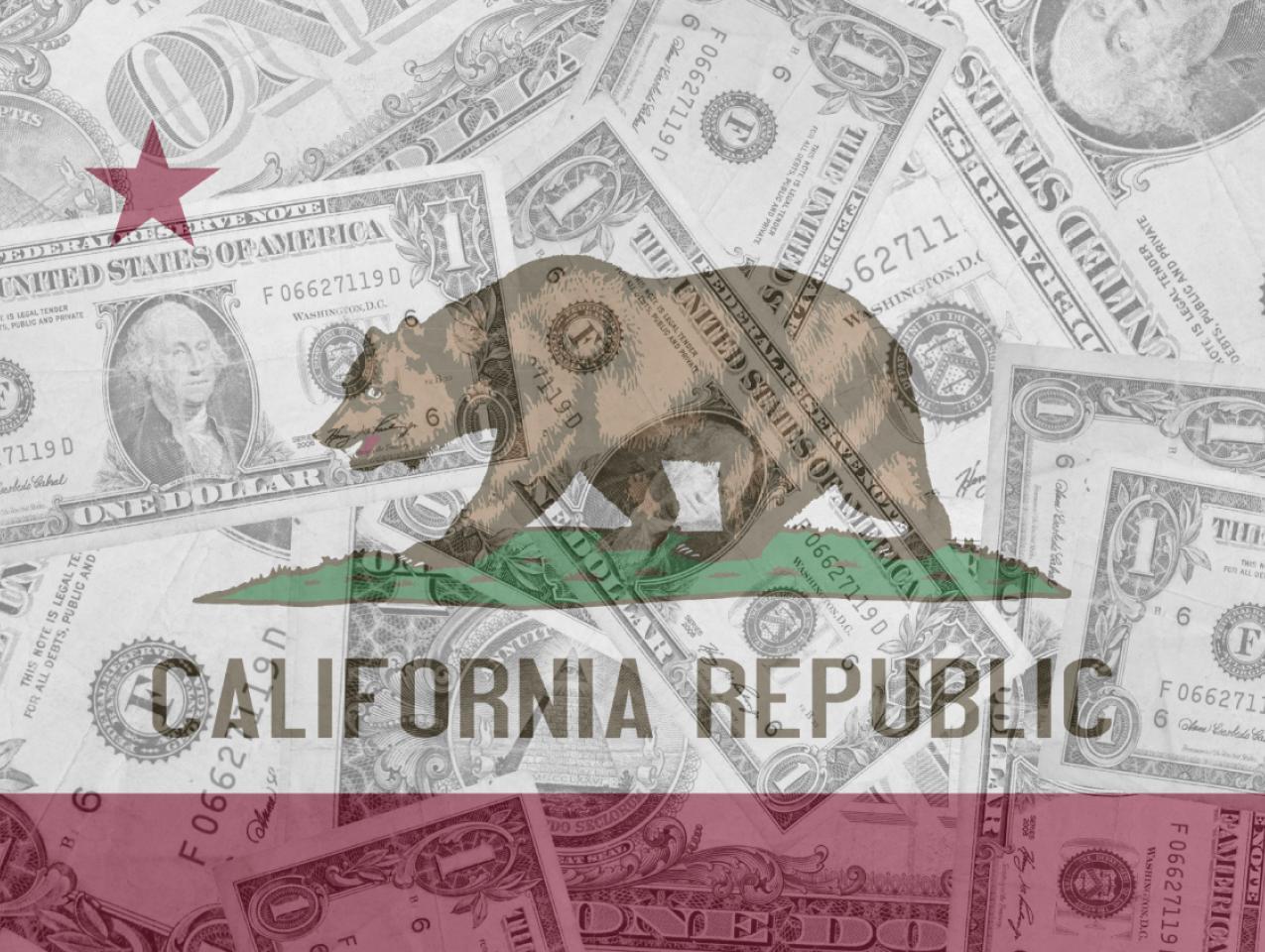 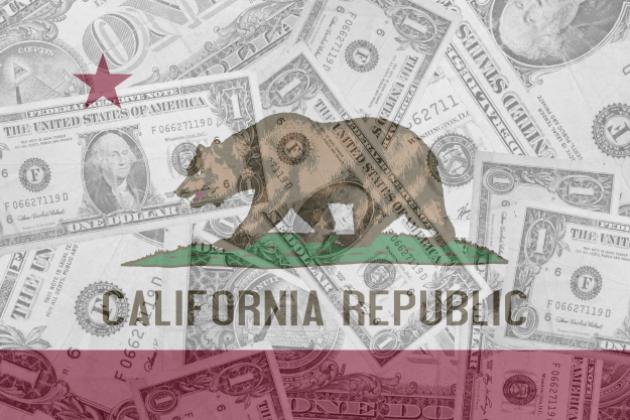 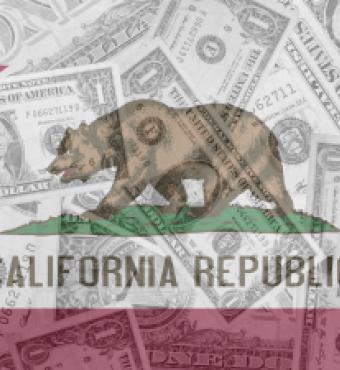 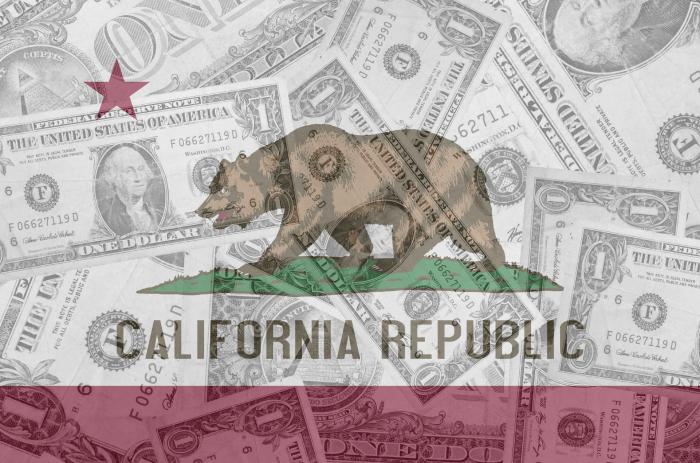 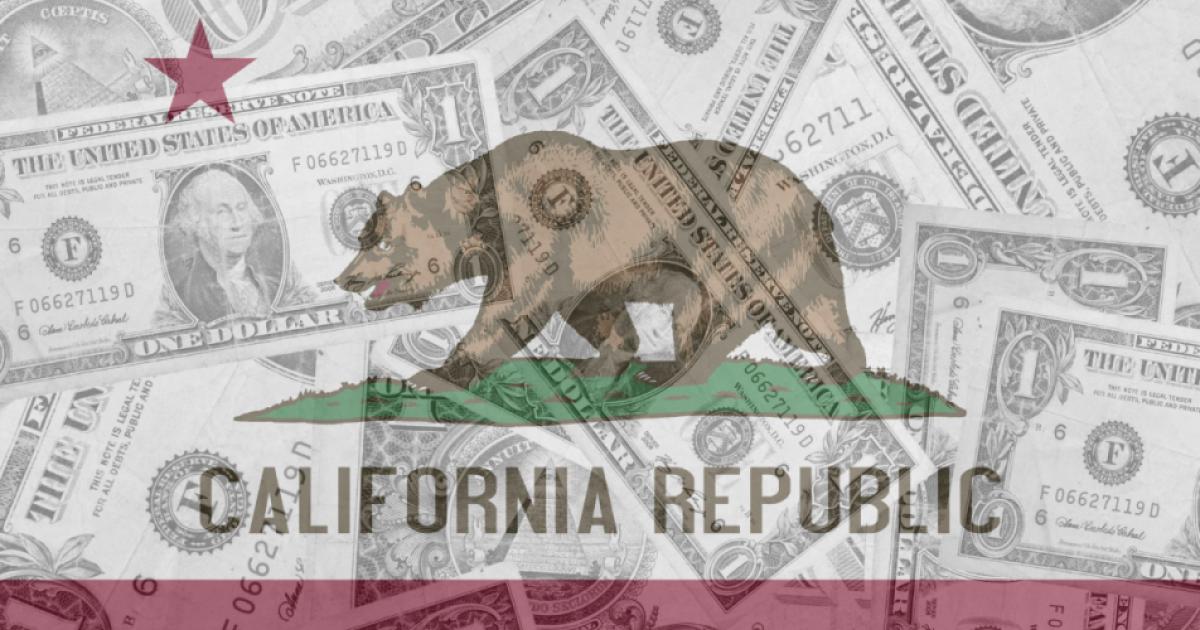 The modern California was built on an expansive and well-thought-out infrastructure plan.  Today, however, that system is crumbling beneath our feet and the bill just to repair it – let alone modernize it for the next generation of Californians – is steadily growing: some estimate it to be around $500 billion or roughly 3 times the proposed 2016-2017 total state expenditure budget.

To best examine the path forward, we first have to understand how the state got to this point.

Pat Brown had a vision of a modern and robustly growing California.  Starting under his direction during the better part of the 1950’s and 1960’s, the Golden State engaged in expansive infrastructure development putting in place some of the most state-of-the-art transportation, water, and school infrastructure in the country.  This allowed California to grow and prosper.  Between 1950 and 1970, California’s population doubled and between 1963 and 1972, California’s GDP also doubled. But then the infrastructure development, for the most part, stopped and since then only essential maintenance has largely occurred.

Born of the 1970’s and championed by Pat Brown’s son Jerry Brown – then in his first stint as Governor – “small is beautiful” cast aside the notion that robust growth was good, instead viewing it as unsustainable and irresponsible.  Therefore, state policy quickly shifted away from Pat Brown’s vision of constant-infrastructure-investment to one of “if we don’t build it, they won’t come.”

But then the 1978 tax revolution occurred in the form of Proposition 13. Successful in reining in the out-of-control and punitive tax increases plaguing the state, Proposition 13 and its legacy ballot measures – those inspired by Prop 13 and aiming to further its original mission – ravaged local government revenue. With the state downshifting its infrastructure responsibilities, local governments found themselves having to pick up the slack, but without the funding ability to do so.  And while these restrictions have been loosened over the years, local governments still don’t have the ability they once did to raise funds for expensive infrastructure projects.

Then, in the 1990’s California introduced term limits. The political music chairs started whereby local elected officials and state legislators alike were constantly looking to their next office rather than paying attention to the needs of their current one.  Secondly, any incentive to build cross-aisle relationships (or even intra-party ones, for that matter) was greatly reduced. During a time when the infrastructure that Pat Brown started was beginning to reach its end-of-life usage, California’s elected officials weren’t incentivized to concern themselves with long-term policy-making or building the relationships necessary to do so.

This brings us to today. According to the Center for Cities and Schools at UC-Berkeley, California’s K-12 schools will require, over the next decade, approximately $117 billion in total capital investments to ensure the state’s school facilities remain adequate learning environments. Based on the Department of Transportation’s April 2015 Ten Year Planning Report, the state needs to invest an additional $5.7 billion per year over the next decade to meet basic road and transportation maintenance needs.  And as estimated by the U.S. Environmental Protection Agency, California’s aging water systems need approximately $45 billion over the next two decades to ensure safe water conditions.

But Sacramento has yet to act (or at least aggressively and comprehensively) on any of these issues. As a result, the state is either getting ad hoc and intermittent policy fixes like the Legislature placing Proposition 1 on the 2014 ballot or private citizens submitting ballot measures for signature circulation and qualification.  In 2016 alone, Californians could be voting on as many as 7 ballot initiatives that are at least tangentially connected to water, K-12, and transportation infrastructure, including the Water Supply Reliability and Drought Protection Initiative, proposed by former Deputy Secretary of the California Natural Resources Agency Gerald Meral, the California Reallocation of Bond Authority to Water Storage Initiative, introduced by Board of Equalization member George Runner and State Senator Bob Huff, and the Public Education Facilities Bond Initiative.

But none of these ballot measures will address the fundamental reasons why California remains incapable of adequately prioritizing its infrastructure.  Even worse, policy fixes by the ballot box are inflexible – since voter passed measures can only be amended by subsequent votes by the public (unless the initial ballot measure gives amendment authority to the Legislature, which is a rarity).

And while Jerry Brown in his second stint as Governor appears to have given up on the “small is beautiful” mentality, there still isn’t a pervasive and collective belief in strong infrastructure investment by any major figure in the state’s capital. Moreover, while term limits have recently been amended to apply a little more flexibility, it appears Californians are willing to keep the concept in place, regardless of the negative downsides.

Thus solutions moving forward must focus on easing the restrictiveness of funding – at both the state and local level.

One proposal is lessoning Prop 13’s legacy restrictions.  After Prop 13, other ballot measures put further restrictions on a host of other taxes, fees, and bonds.  On occasion, however, voters have been open to loosening those restrictions – such as 2000’s Proposition 39, which lowered the passage threshold from a 2/3rd majority to a 55% majority for local school districts seeking bond authorization. Applying similar thresholds to other municipalities would increase the ability of raising funds for other infrastructure projects, such as water systems or transportation. Of course, however, Prop 13 and its legacy measures were put in place because of rampant abuse by local and state elected officials.  Lowering the thresholds would, again, open that possibility of over indebtedness and taxation.

Another approach is making revenue-generation more efficient by more closely attaching usage of the infrastructure with payment for it. As explored in the January 2016 issue of Eureka, California’s current funding regime for road maintenance and modernization is no longer adequate. While the gas tax once was a decent proxy for road usage, advances in fuel efficiency in traditional vehicles and the advent of hybrid and electric vehicles has severed that relationship.  A mileage tax in lieu of the gas tax or more wide-spread use of toll roads (or both) would better align road usage and funding of the maintenance. Moreover, the Legislature should heed Orange County Senator John Moorlach’s advice and work to ensure that the funds collected for road maintenance actually go toward it.

Finally, California could work to make projects less expensive by better promoting and allowing the use of public-private partnerships for infrastructure construction and maintenance, enhancing the competitive bidding process, and reducing the prevalence of project-labor agreements, which benefit more expensive unionized labor. While not revenue-generating mechanisms, all of these can save money making projects previously considered too expensive more manageable even with the revenue-raising limitations stipulated by Prop 13 and its legacy laws.

Regardless of what happens in 2016, California has a daunting pile of infrastructure investment needs building up that will only continue to grow unless serious and decisive action happens soon.

A contractual agreement between a public agency (such as the State of California or the City of Palo Alto) and a private sector company, P3 combines the competitive advantages of both entities to deliver a service or implement a project for general use all while ensuring both sides share the risks and rewards. The benefits of P3s could include cost savings for taxpayers via more efficient implementation and operation, better use of new innovations, enhanced accountability, access to specialized expertise, and less political interference.  Current California law permits P3 for both state and local projects; however, P3 authorization sunsets in 2017.