By law, textbooks and other teaching materials in California’s public schools are supposed to be up-to-date. Yet history textbooks that are currently in the schools are twelve-years old. 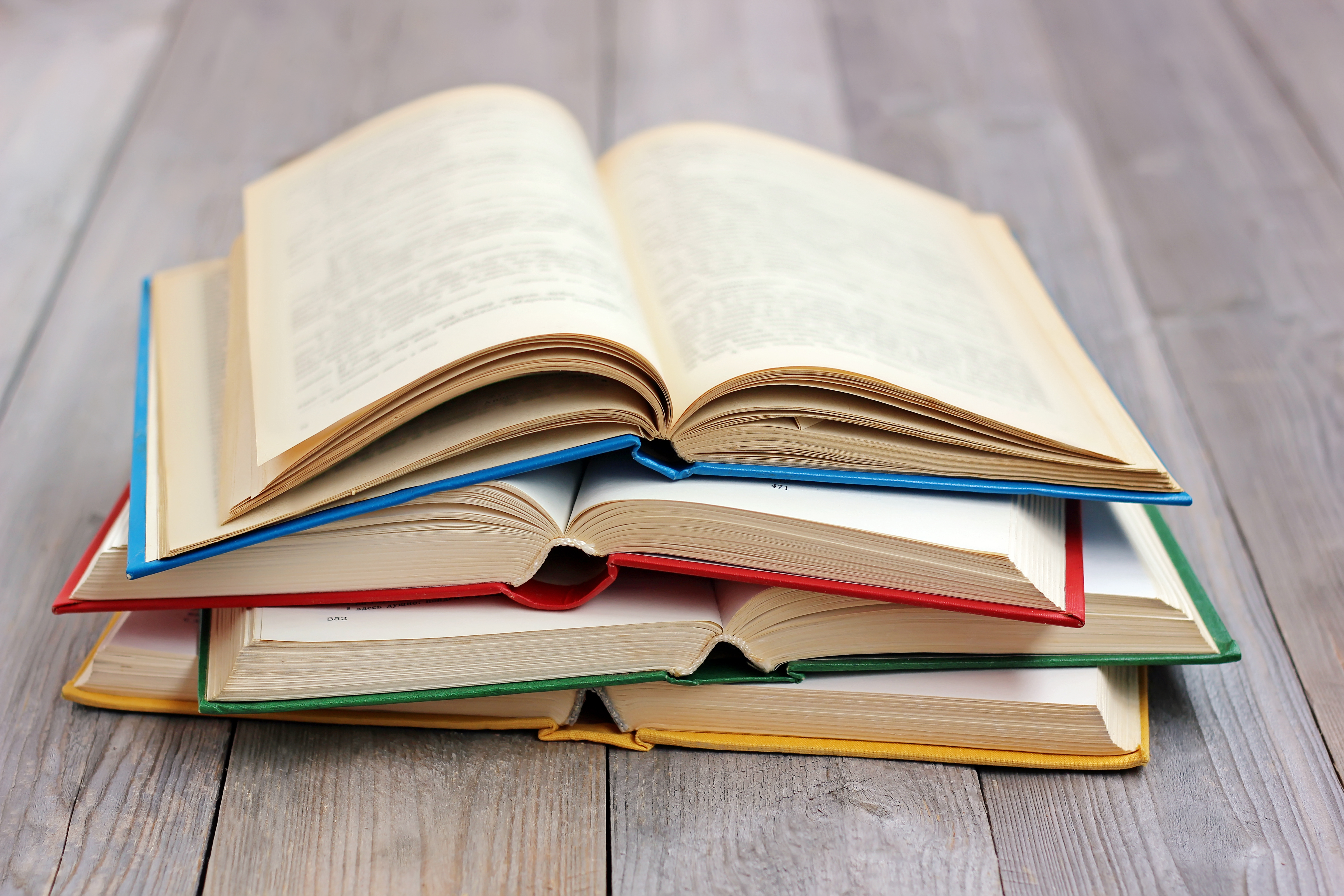 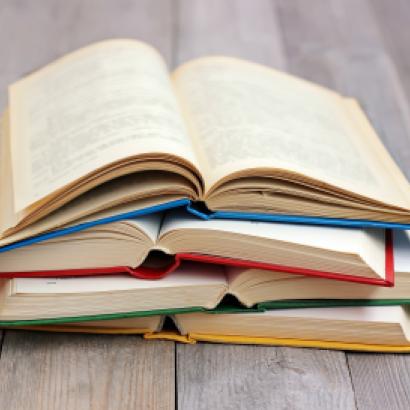 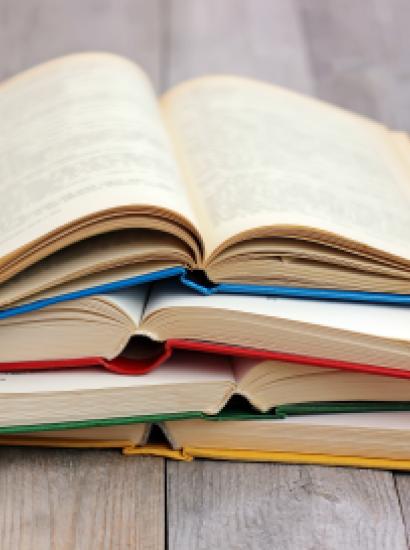 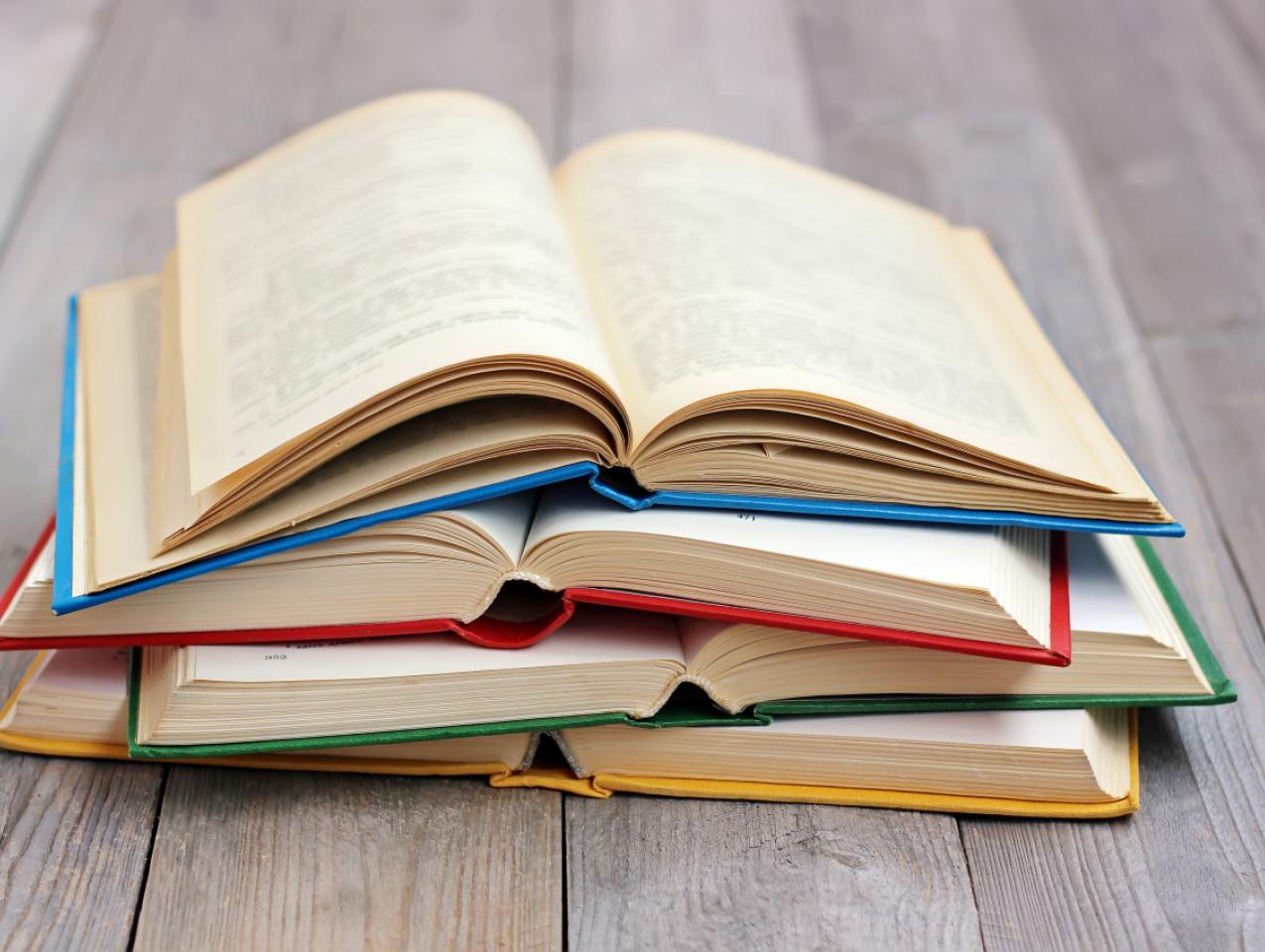 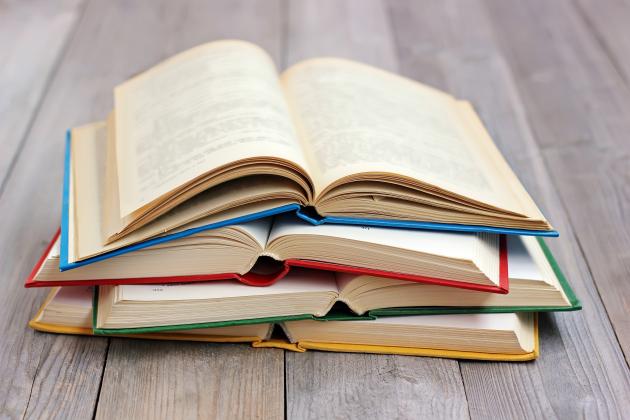 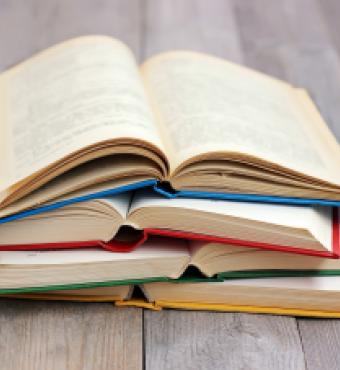 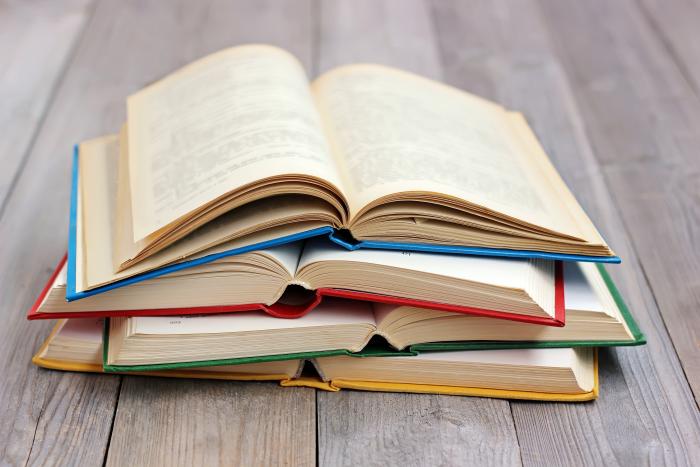 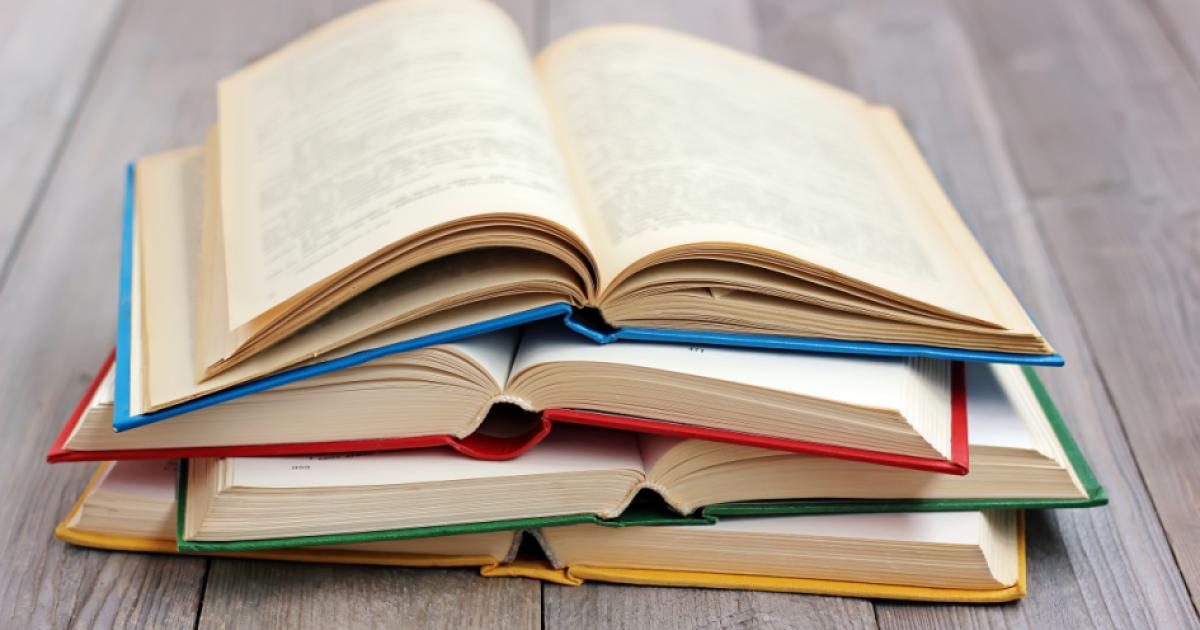 By law, textbooks and other teaching materials in California’s public schools are supposed to be up-to-date. Yet history textbooks that are currently in the schools are twelve-years old.

A somewhat simplified answer is that the California legislature has avoided passing a statute that would authorize a new set of curriculum-content standards for history and social science.

Informed speculation suggests there has been no statute because there is no influential constituent for teaching history that is accurate and objective. For example, Hollywood is a big-donor constituency in the Democratic Party, which controls California’s State Legislature. Hence, we do have current content standards for the performing arts. But historians are not seen as the same sort of valuable constituency. Maybe, also, the legislators wanted to avoid getting drawn into curriculum wars over subject matter content in history.

Without the necessary legislation, Tom Torlakson, California’s state superintendent of public instruction, got creative. He channeled his inner Barack Obama and decided to use his pen and his phone. This is to say that he decided to create during 2015—16 a new curriculum framework and to use it in place of the legally still-in-effect 1998 content standards for history.

The new framework was adopted by the State Board of Education in July 2016. It doesn’t just provide guidance to teachers and publishers on supposedly effective teaching practices, as a curriculum framework is expected to do. It instead goes outside the statutes for K—12 public education. It does so by also listing what is by law supposed to be found in the state curriculum-content standards, namely, the topics that are to be covered in each grade. By going outside the law, the California Department of Education is inviting a legal challenge.

California law says that state-adopted textbooks are supposed to be aligned with the content standards that are in effect. Instead the state-level history textbook-adoption process that went on in late July 2017 was governed by the new curriculum framework. Publishers sought to align their products with the framework. If the state judged that the publishers had done so, the state adopted them. A school district that uses state-adopted textbooks and other teaching materials is safe from being challenged about having up-to-date textbooks.

Nonetheless the 2016 framework contains egregious errors and has gaps in coverage. Moreover, it is filled with trendy ideological propaganda. “Curriculum frameworks are supposed to be aligned with the content standards,” says Janet Nicholas, who was a member of the State Board of Education when the 1998 curriculum-content standards for history were adopted.  “This new history framework strays far from the letter and the spirit of the standards. Furthermore,” Nicholas adds, “it is burdened with political correctness, identity politics, and unscientific economics that do a disservice to both students and teachers.”

Was Thomas Hobbes a “civic reformer”? No, the authoritarian political thinker and tutor for Britain’s absolute monarch Charles II was anything but. Hobbes is famous for telling us we must surrender almost all our rights to the ruler to prevent “a war of all against all.”

Yet California’s 2016 framework tells teachers and textbook writers that Hobbes was a mere civic reformer. Another supposed mere reformer, according to the framework, is Jean-Jacques Rousseau, who in actuality inspired the Jacobin totalitarianism of the French Revolution.

Let’s look at supposed facts. Why is Olaudah Equiano listed in the framework as the author of an exemplary slavery narrative, when research has shown that Equiano was born in America, not Africa, and that much of his narrative is false?

The history curriculum framework describes the Russian Revolution of 1917 as if the Communists overthrew the tsar and came to power immediately afterward. But, in fact, after the tsar’s abdication, there was a provisional government–led by classical-liberal, social-democratic, and peasant parties. It was this body that the Communists overthrew.

What about the gaps? Why–when much of the turmoil in the Middle East today is aligned along the Sunni-Shia split–is there no explanation of that split?

The framework is filled with present-minded paraphrases of the uplifting rhetoric of the Progressives of early twentieth-century America, but where are  the Progressives’ devotion to eugenics and their opposition to African Americans  getting an academic education?

Likewise, the history curriculum framework leaves out the white supremacist views of Thomas Watson and other Southern populists.

Why is Progressivism portrayed only as compassion, love, and goo-goo reform? Where are the centralization, the Imperial Presidency, the cult of efficiency, and the rule of experts that are integral to Progressivism?

Alexis de Tocqueville is mentioned, but where are his insights into the importance to American civilization of voluntary associations and local governments?

The New Deal’s federal spending during the Great Depression is mentioned, but where is the fact that such spending was concentrated not on areas of greatest recent economic decline but rather on areas where the New Deal political coalition was in trouble?

The New Deal programs of the Agricultural Adjustment Administration (AAA) and National Recovery Administration (NRA) are mentioned, but where is their intended purpose–to create government-sponsored monopoly schemes for whole industries? These monopoly arrangements were designed to suppress competition, cut production, and fix prices. The NRA and AAA were consciously influenced by “corporativism,” the industrial policy involving official governmental sponsorship of industry cartels and labor unions found in fascist Italy.

The internment of Japanese Americans in the 1940s is mentioned, without analysis, in one place but not in other appropriate places, and no mention is made of the endorsement of that internment by Earl Warren (at the time, California’s attorney general), Eleanor Roosevelt and a host of bien-pensant intellectuals and policy makers.

How about ideological propaganda? The history curriculum framework portrays the great religions in a cynical way, analyzing them in the main in terms of how they help the rulers dominate their subjects and control society.

Why does the framework give credence to baseless ideological claims of Hindu nationalists that ancient Indo-European was an indigenous language of India, instead of saying only–as scholars have concluded–that Indo-European speakers came south into India from the outside?

The history curriculum framework incorrectly tells us that the American Founders and those political thinkers who influenced them believed we should cede our inalienable rights to the government (if so, then our natural rights aren’t inalienable). Indeed, the history curriculum framework teaches a view of human rights that is not that found in the Declaration of Independence and the Constitution’s Bill of Rights but instead encompasses socioeconomic welfare rights.

Why are students to be taught as fact the Marxist theory of “informal empire,” which says that free trade without conquest is basically the same as empire based on conquest? Why do whole sections of the framework read as if they are pamphlets written by antiglobalization street protesters carrying giant papier-mâché heads?

At times, the framework gives privileged status to globalization critics, with all their talk of class conflict, exploitation, the power of multinational corporations, “proliferating slums,” “McDonaldization” of the world, creating homogenized cultural experiences, promoting “an Americanizing consumer culture,” and “displacing local cultures with a single homogenizing global fashion.” This is not just tendentious ideological propaganda but indigestible jargon as well.

"California's history and social science curriculum framework is dangerously one-sided, biased and incomplete,” says Lance Izumi, a fellow at the Pacific Research Institute and past president of the state’s community-college board.

“Crucial facts such as the massive death toll of Communism in the twentieth century are omitted, while a left-leaning narrative is evident throughout,” Izumi points out.  “Under this curriculum framework, California's students will be misinformed and under-informed and will not be adequately prepared to make knowledgeable judgments in our complex world."

After textbooks have been nominated by the instructional-materials review panels in July, they then go to the state instructional-quality commission in September and–for final statewide adoption–to the State Board of Education in November.  Parents, teachers, and community members can raise objections at those meetings. At this point in the process, the ideological lobbyists who have gotten their way usually relax.

History textbooks then are adopted by local districts. If the local district doesn’t choose state-adopted textbooks, the California Department of Education would want the district to be able to show that it reviewed the chosen textbooks to ensure that they are aligned with the 2016 framework. Again people can object about the chosen materials. But usually the public outcry about textbooks doesn’t come until students bring them home and parents see them, probably in 2018.

The publishers have their hundreds of millions from textbook sales, and the ideological lobbyists are confident that they are shaping the minds of the upcoming generation.

Still to come in California is a model curriculum for ethnic studies. Last year, many Republicans in the State Legislature voted against AB 216, sponsored by Democratic assemblyman Luis A. Alejo, who himself has an elite education (a bachelor’s degrees from UC Berkeley, a master's in education from Harvard, a law degree from UC Davis. Alejo’s bill mandated the creation of an ethnic-studies model and would encourage K—12 ethnic studies across the state.

In contrast, Republican assemblyman Rocky Chávez–in his youth, he picked grapes, worked in a packing plant and gathered almonds-- voted against laws promoting ethnic studies, saying the state government should put an emphasis on helping minority students by aiding their progress in mathematics and science subjects.

Ethnic-studies laws have “the potential to hurt children,” says Chávez, himself a former charter-school principal. “The only way to make sure our children are successful in a world economy is to stress math and science.”

Student achievement in California remains abysmally low (the lowest in the country for low-income children), but political interference in the curriculum is still a favorite activity of progressive legislators and interest groups.

The first line in Sam Cooke’s “What a Wonderful World”-- “don’t know much about history”–rings true. According to the American Council of Trustee and Alumni (ACTA), only 18 percent of 1,100 liberal arts colleges and universities require undergraduate students to take a course in American history or government. An August 2015 ACTA poll found only 20 percent of Americans able to identify James Madison as the Constitution’s author. The same survey also found that 60 percent of collegians couldn’t name a requirement for ratifying a constitutional amendment. Not that this ignorance is an overnight development: a 2012 ACTA survey found only 20 percent of college students were aware of the Emancipation Proclamation’s effect; less than half knew that George Washington was the victor at Yorktown.

New Hampshire, home to the nation’s first presidential primary, is also a leader in closing America’s historical knowledge gap. The New Hampshire Historical Society has launched a $1.2 million “democracy project” with three stated purposes: content and curriculum development (the state’s history curriculum hasn’t been updated since the 1990s); teacher training; and advocating for more social studies and civics instruction at the state and local levels. Is New Hampshire on the right path to rediscovering its past? Last year the Granite State Legislature passed a law requiring students to pass a civics test for high school graduation; this year, they added a civics instruction requirement.